Letter to the Editor: Crow-Shooting Inhumane and Ineffective

The morons from the MPAJ Municipal Council wouldn't even let me bathe dogs in peace at the SPCA on Saturday, what with the pellets whizzing past my head and the dogs and cats yelping with fear and diving for cover, so I have decided that I would bring out my secret weapon, and prove that.... The Pen May Indeed Be Mightier Than The Pellet Gun!!! 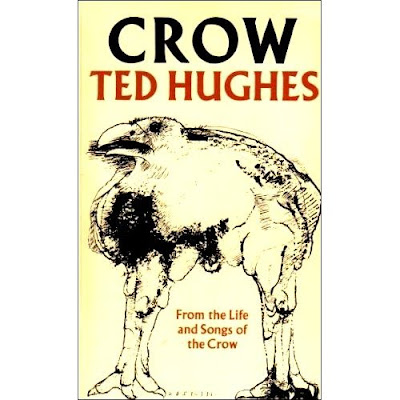 LETTER TO THE EDITOR:
CROW SHOOTING INHUMANE AND INEFFECTIVE


The peace of the residents of and pedestrians at Ampang Jaya was disrupted on Saturday, 26th March, when MPAJ municipal council officers roamed the area with pellet guns in a crow-shooting operation.

Shooting as a means of controlling the population of crows is cruel and inhumane, as death, if it happens, is often not instantaneous. Birds are often maimed or injured by the pellets, and even if the shooter is an expert marksman, it cannot be denied that accidents may occur, causing injury to non-target birds and other animals. In addition, if the justification for the shooting operations is that the crows have become a nuisance, then it cannot be refuted that the shooting operations also constitute a nuisance. The noise from the pellets fired startle and distress people and other animals, as well as cause other birds to eliminate waste in fear, creating further hygiene problems in locations that are already besieged with cleanliness issues. Shooting crows is also impractical and time-consuming, as the crows take flight after the first shot is released and the shooters then have to cover great distances on foot to look for roosting crows again.

It is not without reason that some areas are more beset with scavenging crow and rodent populations than others. Crows are a symptom and not a cause of the problem of cleanliness. Crows congregate in areas such as hawker centres where food waste is left in the open and where well-intentioned but poorly informed residents leave food out for birds, macaques and other animals. Homeowners and local authorities in North America managed to resolve the problem of scavenging animals by switching to raccoon and bear-proof food storage units and waste bins, thus reducing human-animal conflict. We can adapt these tried-and-tested methods by enforcing regulations to ensure that all household and commercial food waste is disposed of in secure and covered receptacles. Unsanitary eateries and markets must face penalties for failing to comply with these requirements, and consumers must be educated not to patronise eateries that leave food and waste matter exposed. Grills and drain covers can be installed over drains to deter hawkers from pouring food waste into the drains, a dirty habit which leads to water pollution, flash floods and an increase in disease vector populations. Once these food sources are no longer available to crows, their population will disperse and reduce in number.

Despite popular belief, crows are not prolific breeders. They breed between April to July each year, mostly in large trees with big crowns. Understanding the natural history of the common house crow is essential if we are to find ways to manage their population. Municipal workers can be trained to identify crow nests and eggs and remove and destroy the unhatched eggs instead of killing adult crows.

There are many non-lethal alternatives to shooting, poisoning or trapping in managing the crow population, the most important of which is to improve cleanliness and to eliminate food sources. Property owners can repel crows from their premises with the use of recordings of the cries of hawks or the distress calls of other crows, which will lead crows to believe that there is a predatory bird in the area. Shiny, reflective objects such as unwanted CDs and holographic tape can scare away crows, as does the installation of plastic owls, scarecrows and bird ‘spikes’ that prevent crows from perching and roosting in one’s compound. It must be remembered that crows are highly intelligent birds that do not remain afraid or gullible for very long, and property owners and municipal officers must alternate between methods and pick different locations from time to time.

The local authorities and Ministry of Health must appreciate that areas with a high population density will always generate more waste, thus attracting more scavenging animals. The key to reducing human-animal conflict is not to continuously cull the population of animals deemed to be a nuisance, for the temporary vacuum it produces will only create opportunities for other scavenging populations to expand. The key to reducing human-animal conflict lies in reducing opportunities for disease vectors and unwelcome specie to breed, feed and reach adulthood in the first place.

Couldn't agree with you more, E. It's simply horrid how we think nothing of hurting other creatures.

Dear Pat,
I feel that humans find it easier to be cruel to animals that they perceive to threaten the idea of human dominance and superiority. Crows, cockroaches and rats are all infuriating nuisances because they are so smart, adaptive and resilient and you can't use the same trick on them twice. I don't think anyone would be as bothered about crows if crows were simpletons like peacocks and chickens.

CO78,
My Mama grew up in Klang in the 1970s....yeah....the connotation of Klang being synonymous with crows... Anyway, even then the culling technique used was shooting. Then, in the 1980s, the crows have somewhat disappeared. Why? Coz they cleaned up the town, moved the wet market, and not much rubbish thrown around.
Interestingly, they've now moved to Kl and PJ. Why? Coz these cities are filthy, OK not all areas, but mostly.
Crows are beautiful creatures. Noisy but we felines love watching them birdies. Haven't had a taste though. purrr....meow!

Dear Kitties In Sydney,
You hit the nail right on the head, as usual! My friend Glyn pointed out, "In the UK most waste collections happen only twice a month yet here they happen 3 times a week so why is there so much food waste left out here?" If we could all work towards reducing waste and keeping our garbage dry and in secure bins (instead of suspended from our gates and fences in dirty, dripping plastic bags, or exposed in old paint buckets outside our gates), the crows and rodents will not be having such a gala time with our rubbish.

agree! shooting crows is just like spraying insecticides-for mosquitoes. if we don't get rid of the larva, the mosquitoes wont stop breeding la kan.

p/s: this post reminds me of the poem The Dead Crow that i learned in secondary school last time. nostalgic :)

Thanks, Ili!
You are right about eliminating larvae and of course, stagnant water and other possible breeding sites. I love Literature (both English and Malay) but I wonder why the texts chosen for school are so gloomy. "Life's Brief Candle", "The Dead Crow", "Dr Jekyll and Mr Hyde", "Phantom of the Opera". Gloomy, gloomy, gloomy.

Isn't that the Malaysian way though: if it's in the way, shoot it!

Dear Ellen, Au and Target,
Strange, but the rabbits said the same thing in Watership Down. They weren't being killed for eating some of the farmer's vegetables. They were killed because they were in the way.