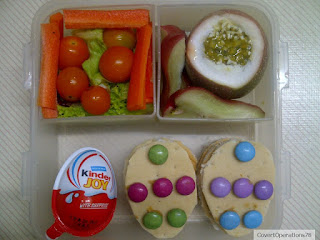 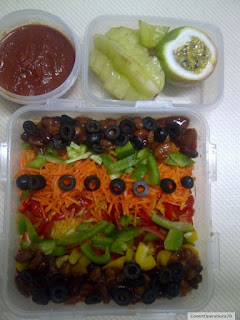 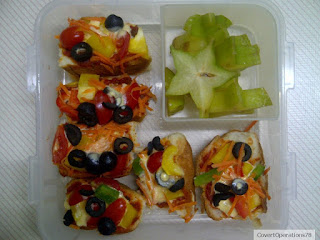 3rd April 2013:
What does one do with all the extra vegetables after making taco salad? Why, one turns them into toppings for mini pizzas, of course!
(Top right: Starfruit.
Main compartment: Baguette slices with grated carrots, olives, bell peppers and cherry tomatoes and cheese) 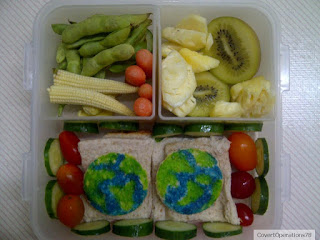 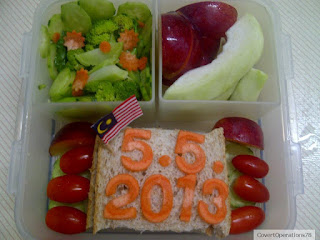 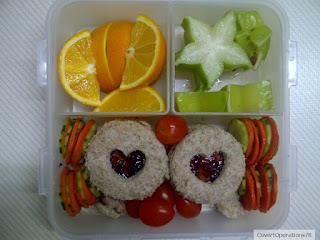 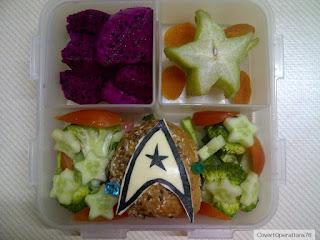 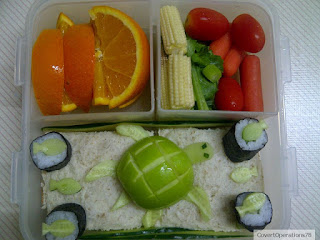 You are getting good with bento-ing!

Thank you for coming over and leaving kind words, Annie and Emily! I try to use lots of local fruits and organic veggies in my lunchboxes. I do occasionally have junk food, so it's important to balance it out with fresh fruit and veg.

Thank you dear Ellen, Target & Guido! I don't want to make a cat one because I won't be able to bring myself to eat it.

Oh my gosh! Do you really make all of those beautiful lunches? YUMMY and nice to look at too:)

Yes, I did make them myself! Thanks for admiring my food art, Annie! You made my day!