Getting Our Wings In Jugra

In the course of a normal conversation with one of my best friends, Amanda, last year, I discovered that she wanted to experience paragliding off Jugra Hill as much as I do. Now, this news was a stroke of good fortune to me, because: (1) I have always wanted to try paragliding and it makes a lot more sense to go with a companion; and (2) As I have resolved to practice a waste-free lifestyle by giving experience gifts rather than material/consumer gifts to friends and family, I now know what my ideal gift to Amanda would be.

I made a booking with Red Ribbon Days and we made an appointment with the instructor for May 23. Nicole and Aravind joined us as our cheer team and photographers. After many wrong turns and stress-fuelled calls to the instructor, we finally arrived at the top of the hill. It was a hot afternoon and the air was still. The instructor, Colonel Basir, informed us that we would have to wait for the wind situation to improve and pick up. And so we waited in the heat. 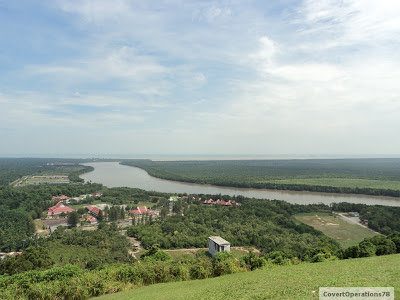 You could see the Straits of Malacca from the top of Jugra Hill. 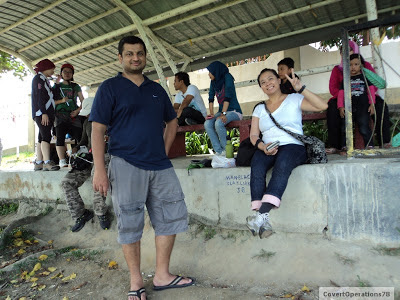 Aravind and Nicole -- We couldn't ask for a better cheer team. 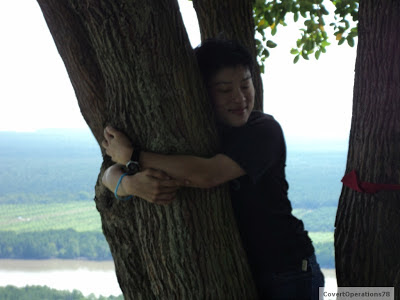 Showing some TLC to a Tembusu tree while waiting for the wind to pick up.

Alas, the wind conditions were not favourable, and Colonel Basir informed us with much regret that we would have to make an appointment for another day. 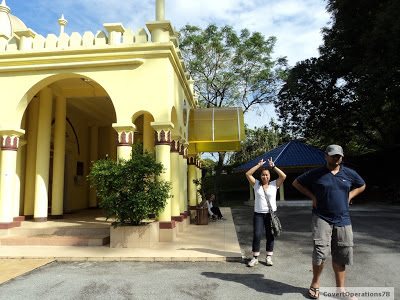 Just so that our trip to Jugra wasn't a complete waste, I decided to drive the gang over to the Sultan Abdul Samad mausoleum to have a look at the historical site. It was located within the forest reserve, so I know there would be plenty of wildlife to observe. 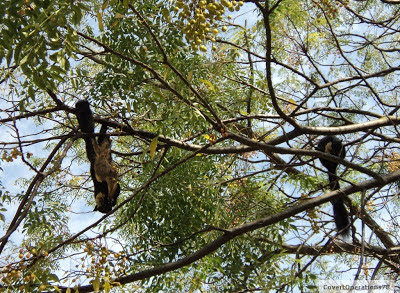 Sharp-eyed Nicole spotted these wild Malayan Giant Squirrels (Ratufa bicolor) feeding on fruits on a tree outside the mausoleum. Aren't they gorgeous? They completely made my day and helped ease the disappointment of not having the opportunity to paraglide that day. 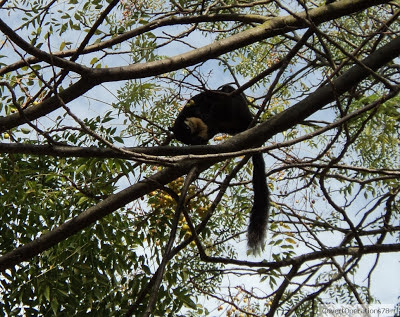 How giant is "giant"? Well, I'd say they were about the size of my cats, only longer! Isn't nature amazing?

Our next paragliding appointment was June 11. Aravind had to work and couldn't join us this time. In retrospect, perhaps I should have changed the date to another day when he would be able to join us, but the fasting month was approaching, as was the annual haze, so there is no certainty as to whether we would have the opportunity to paraglide again within the next few months. I know Aravind would have liked to watch us paraglide, and Amanda and I will try to persuade him to agree to a birthday gift of a paragliding session from me.

We arrived at the site and started picking up litter left behind by the other paragliders and picnickers on the hill while waiting for Colonel Basir to arrive. I brought 3 biodegradable bin bags with me so we could bring the litter out with us. There are always opportunities to make a positive difference and leave someone and something in a better state, wherever we may be. 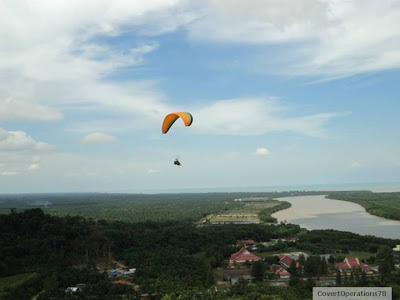 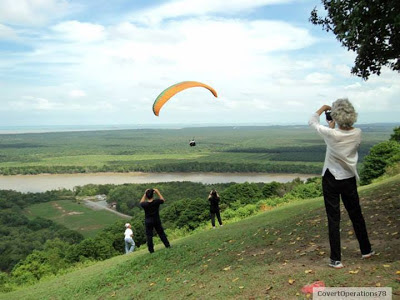 The lady who arrived before us got some big air with her paragliding instructor. We took a break from picking up litter to take photographs of her sailing over the treetops. 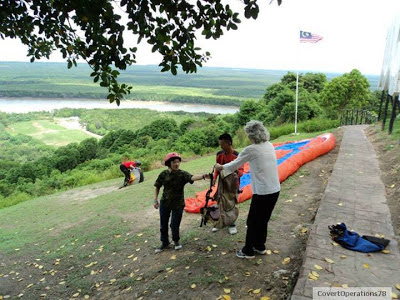 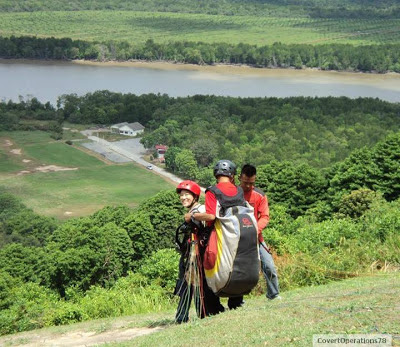 Colonel Basir arrived and got the equipment ready. It was decided that I would go first, as Amanda was feeling a little apprehensive all of a sudden. She helped me put on my harness and helment, while Nicole took photographs.

(View the Facebook video of me tandem paragliding here.)

I flew! I finally got to fly! It was amazing, riding on the hot air thermals like a raptor. Now I know what a bird feels like when it is flying. I have always loved trees, and they look even more attractive from above. Like clusters of brocolli florets or something equally appetising. We sailed towards the river mouth and over the oil palm plantations. I could see the council grass-cutters, tiny as Lego men, in the field below. It was over all too soon, but I will never forget the experience. There is something about non-motorised flight that allows one to connect with nature the way flying in an aircraft doesn't. Once we landed in the field below, Colonel Basir's assistant packed us both into the pickup and drove back up the hill. 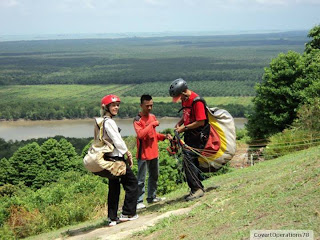 Now it was Amanda's turn to get into the harness and protective gear.

After one false start, Amanda was up in the air. She was finally airborne, hurrah! Her flight lasted much longer than mine. I was happy for her because this was meant to be a birthday gift for her, after all! It was spectacular to see her gliding like a bird over the river, plantations and forest reserve. At one point, I thought she was going to land in the sea. 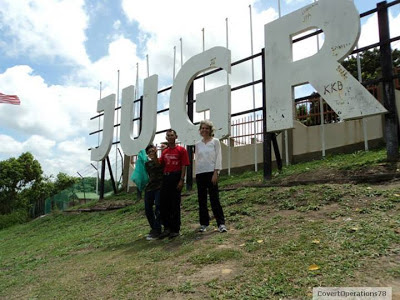 One for the album: Amanda, Colonel Basir and me (with a bin bag full of litter!) pose for posterity in front of the steel letters spelling out "JUGRA". The next time we come back, I would probably want to bring some white paint to touch up the scratches and rusty bits on the letters.

Our first attempt at tandem paragliding was a wonderful adventure and as much a gift to me as it was to Amanda.
Posted by ~CovertOperations78~ at 20:48

Thanks for coming over, Keats! I hope you are much better now. I've been trying all evening to upload the paragliding videos onto the blog but it's just not working.

This was indeed the gift of a lifetime, Ee Lynn! I can't thank you enough for sharing that exhilaration of soaring with the Brahminy kites. I hope you have many other opportunities to paraglide. :-)

Glad you enjoyed it, Amanda! Now I am hooked! Must do it again!

Ir was! Thank you, Annie!