Bentos Through The Seasons

I haven't been updating my blog with pictures of my bento lunches since February. Here is a collection of 14 of my favourite ones in the past 6 months. 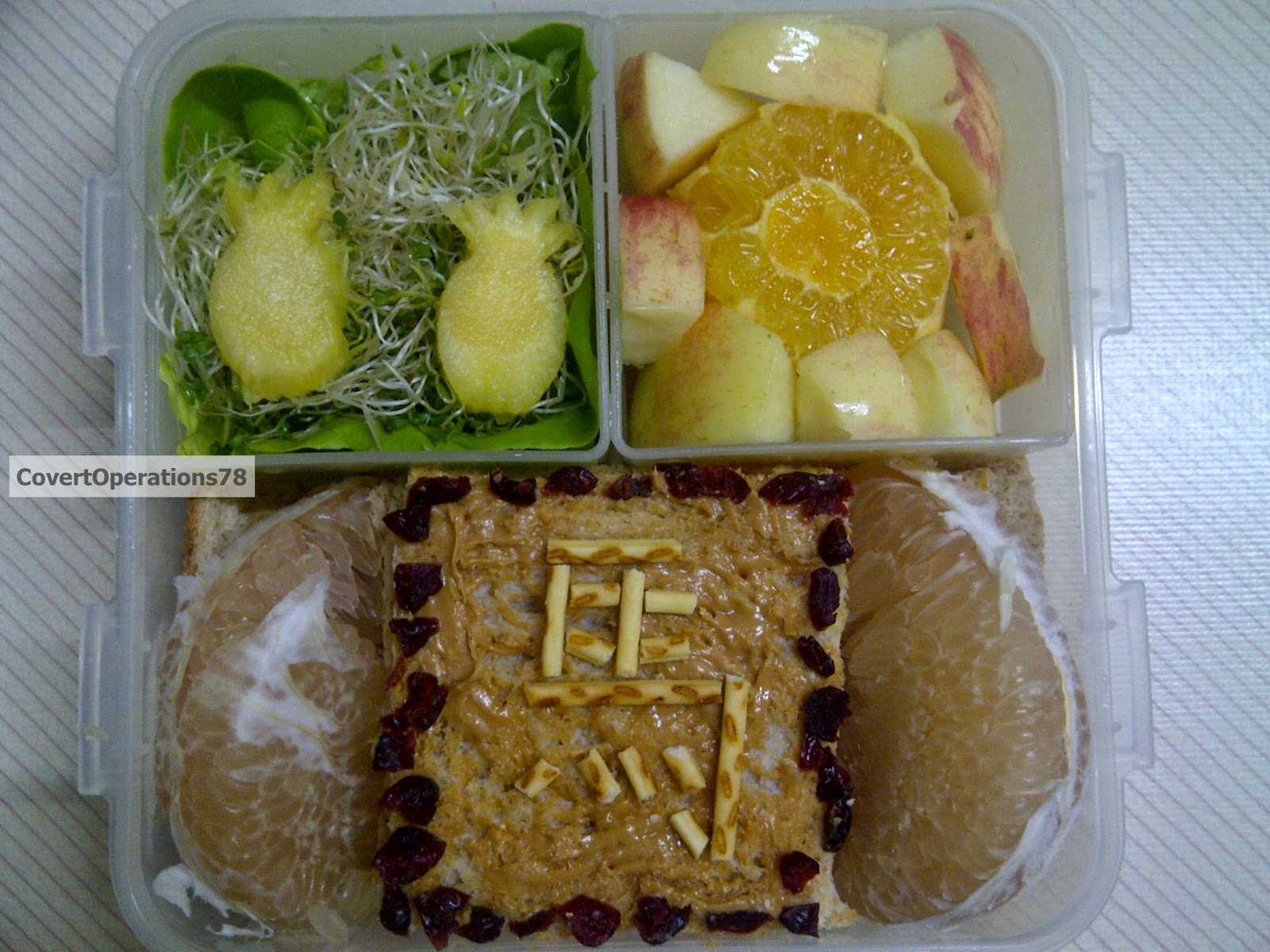 5.2.2014: First bento for the Lunar Year of the Horse. The pretzel rods spell out the Chinese character for 'horse', while the pineapples and pomelo add a festive touch. 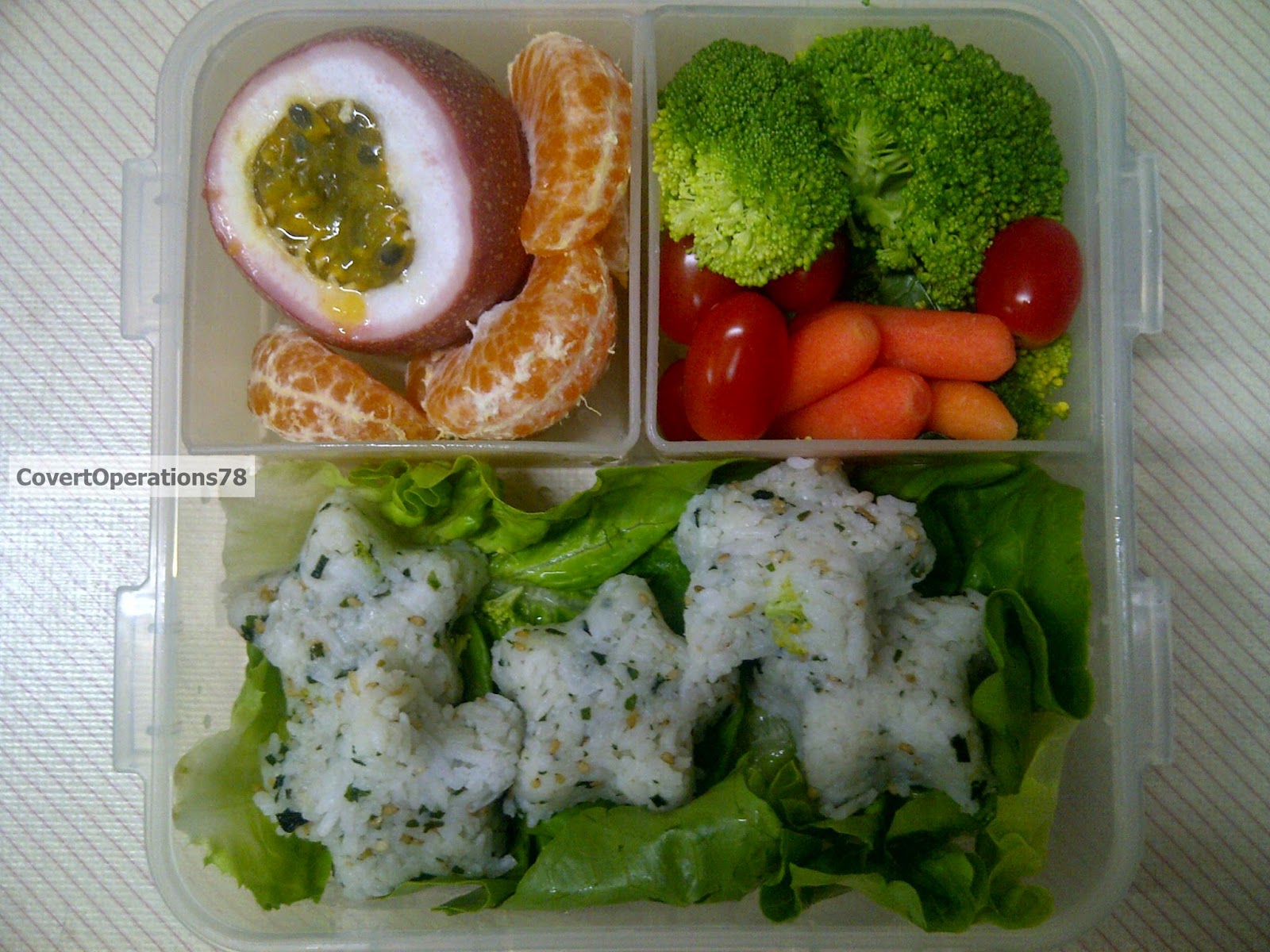 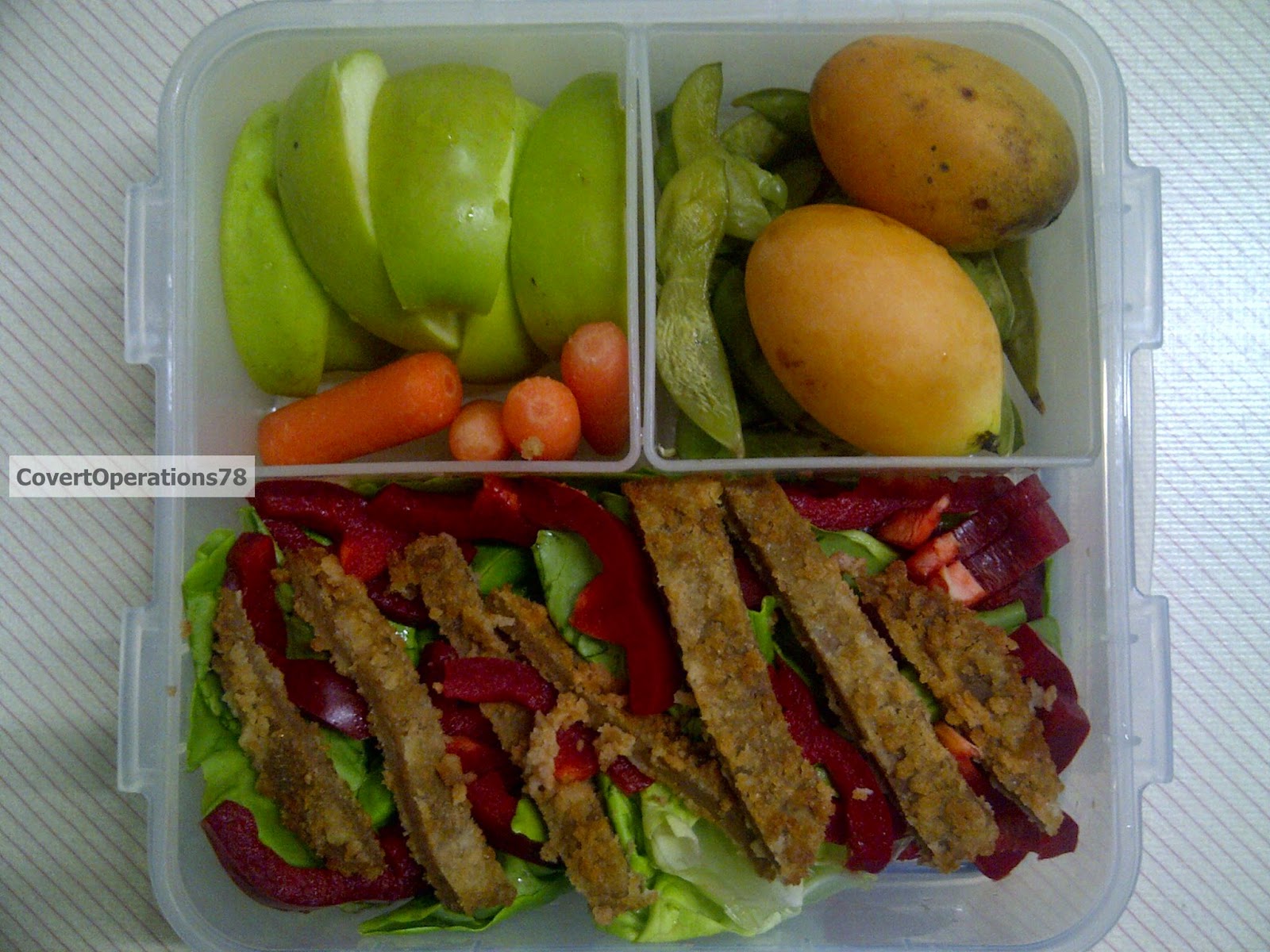 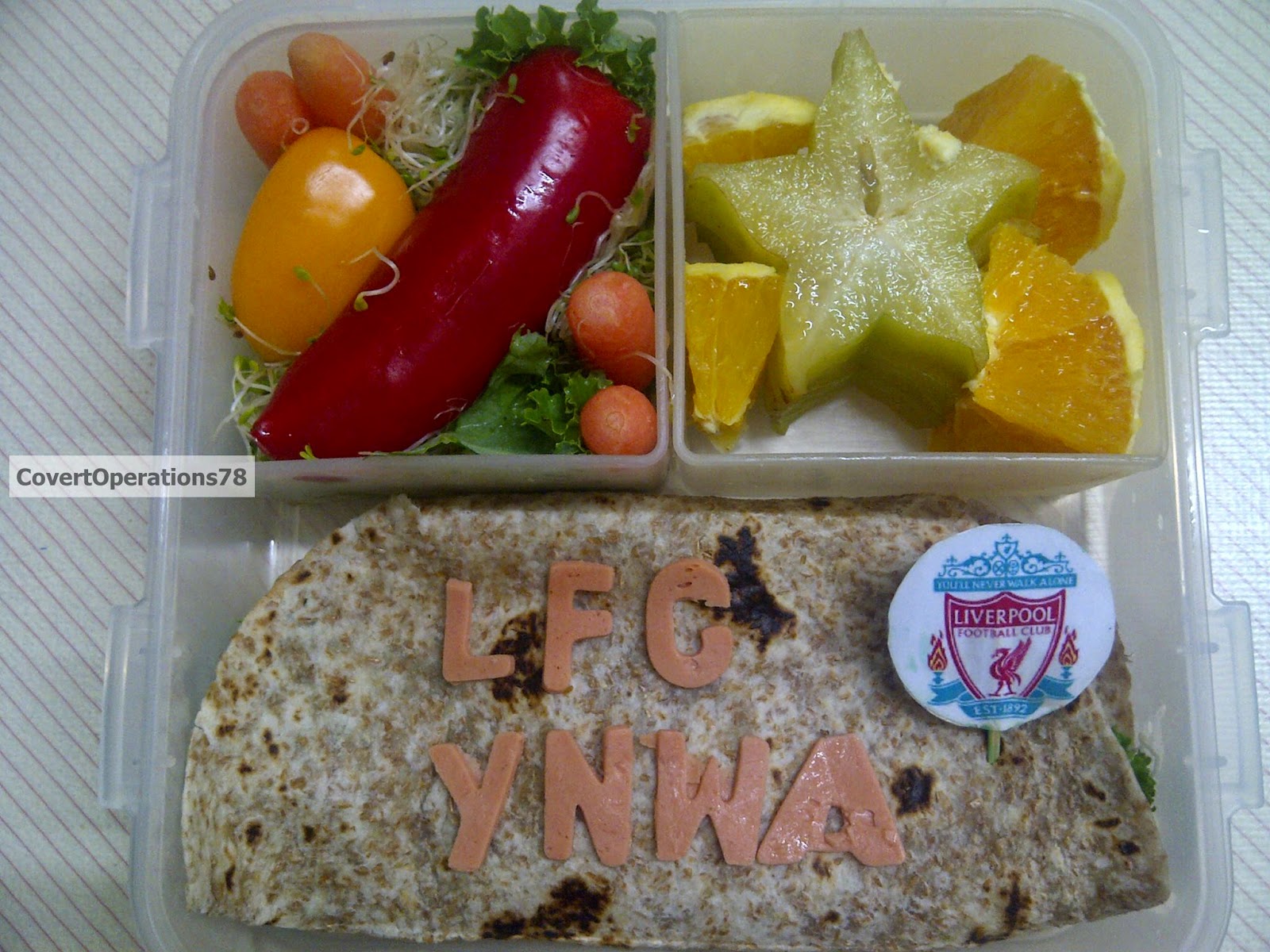 31.3.2014: A bento to honour a certain club which rose to the top of the league table on 31 March ;) The letters were cut out of Quorn vegetarian bacon, while the Liverpool FC pick was one of the cupcake picks I made for Aravind's birthday. 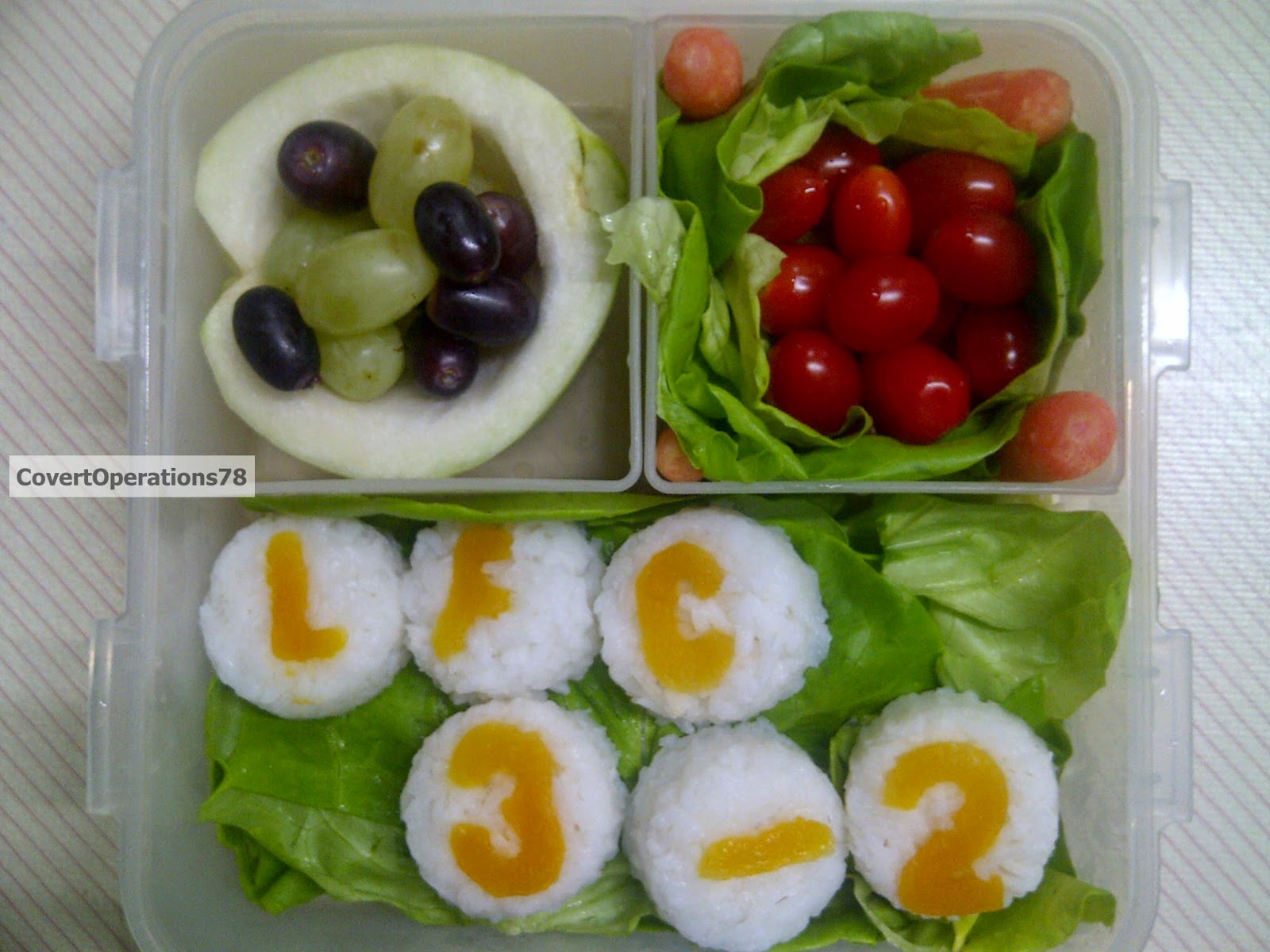 14.4.2014: A confused bento.
This started off as an Easter bento, which explains the nests of grapes and cherry tomatoes. Then I thought, heck, I don't have any particular feelings about Easter. What I do care about is football, and LFC, so I changed the theme halfway and made onigiri to commemorate Liverpool's 3-2 victory over Manchester City. 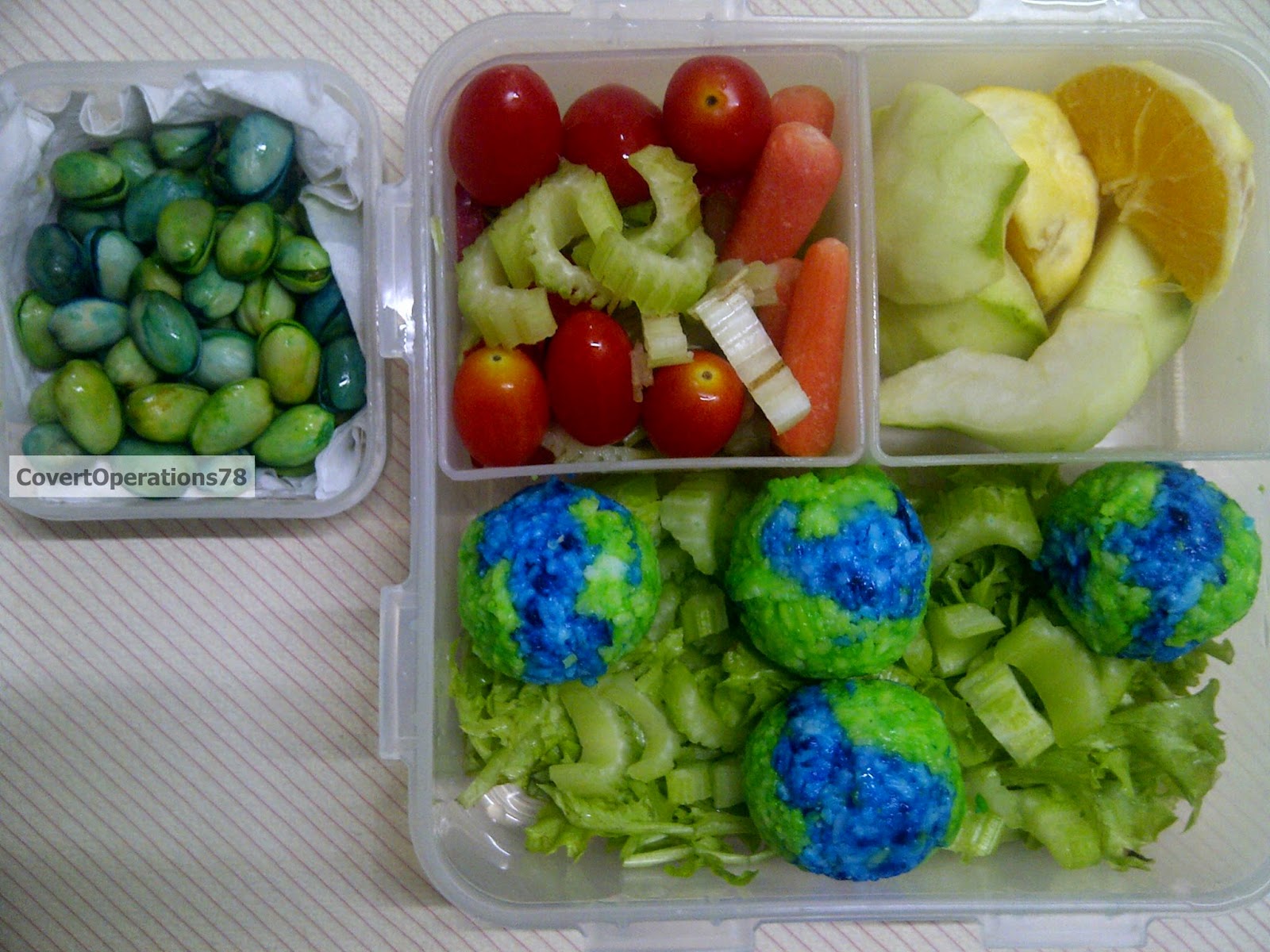 22.4.2014: Earth Day bento in garish technicolour, with the most frightful onigiri in the history of mankind.
Oh well. Happy Earth Day!
Remember, it's never too late to learn, take action and make a difference! 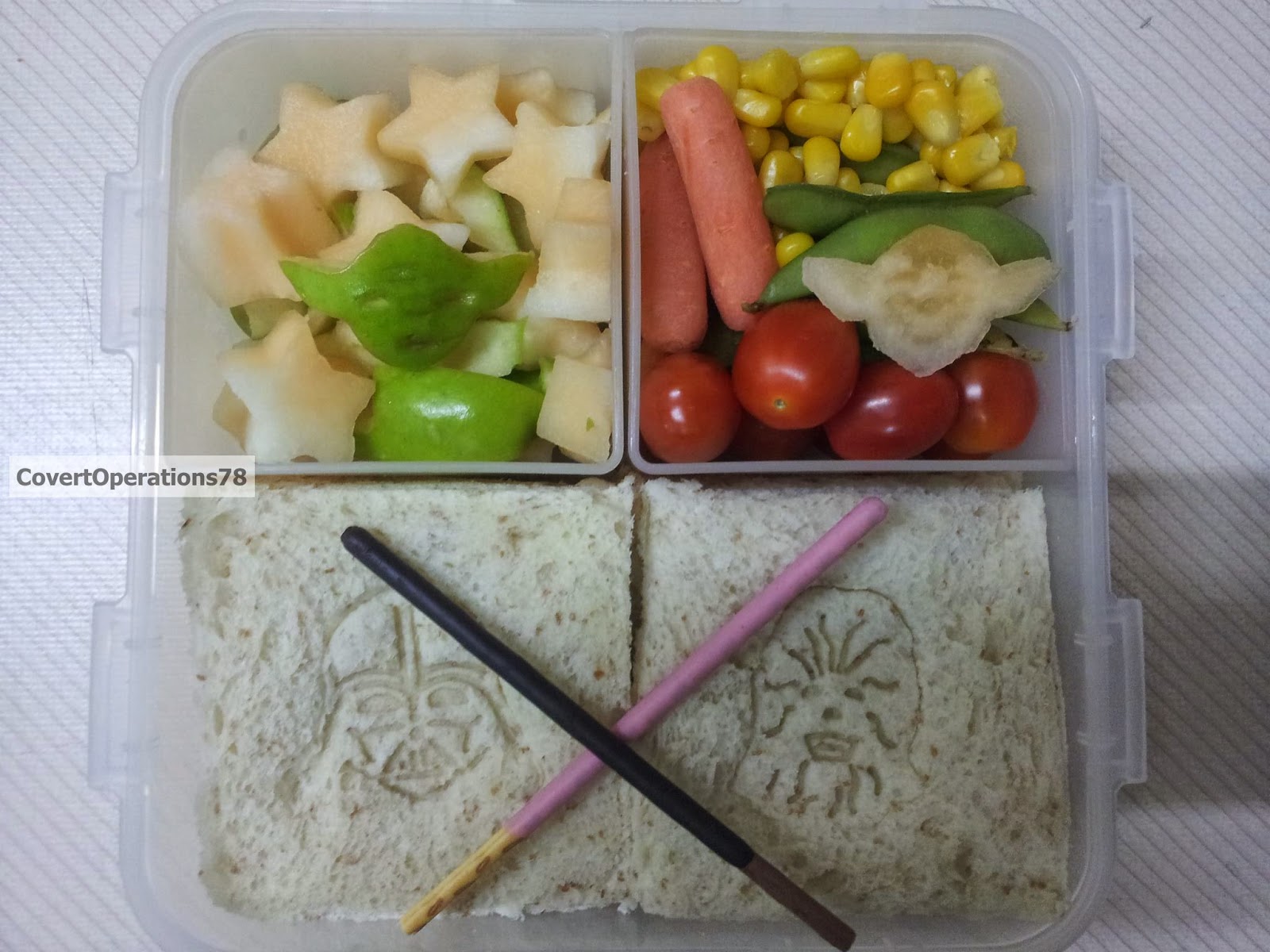 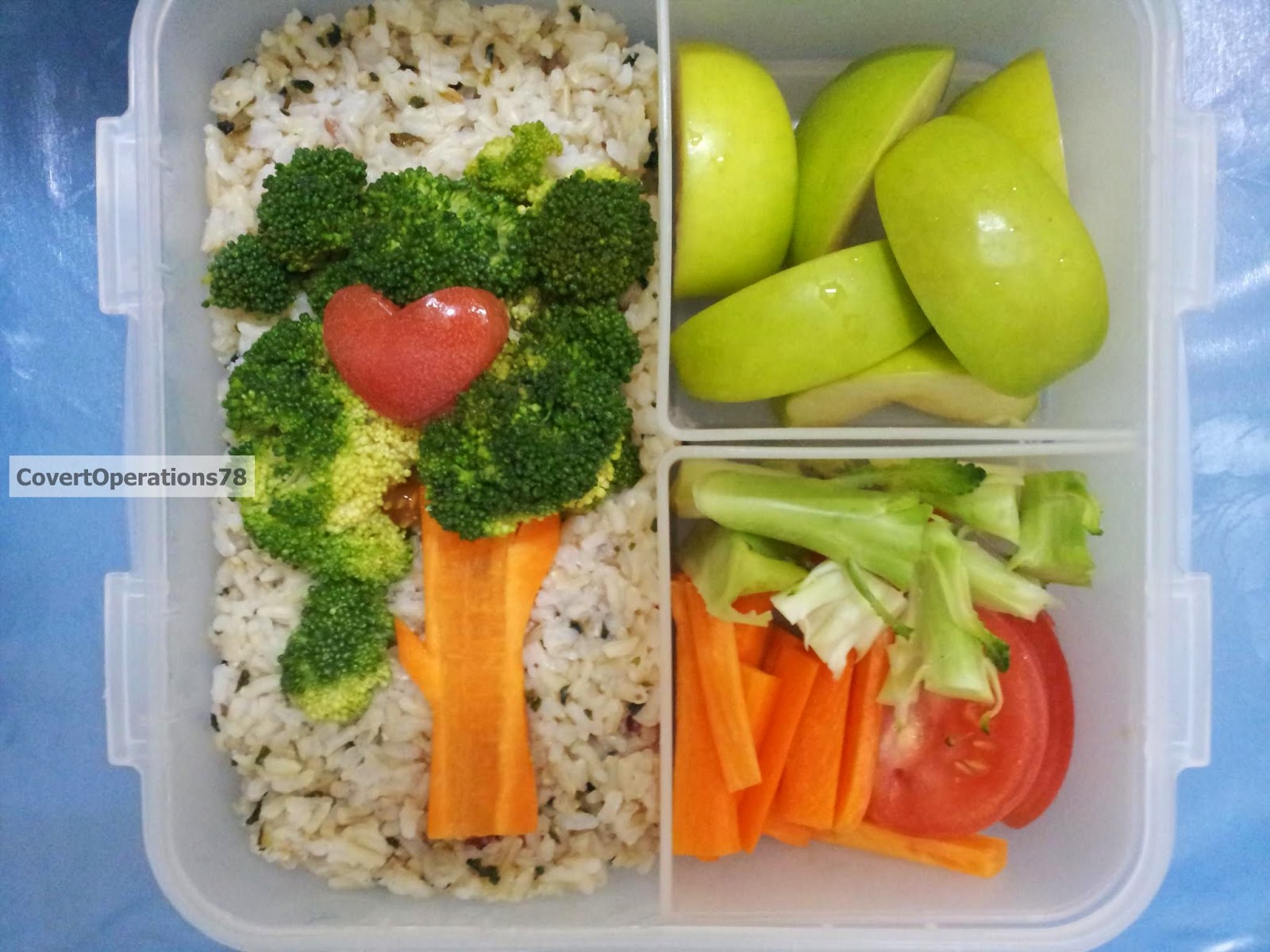 5.6.2014: Show the trees some love this World Environment Day!
May we all tread gently on the good Earth and be mindful of the impact of our actions, choices and purchases on the environment. 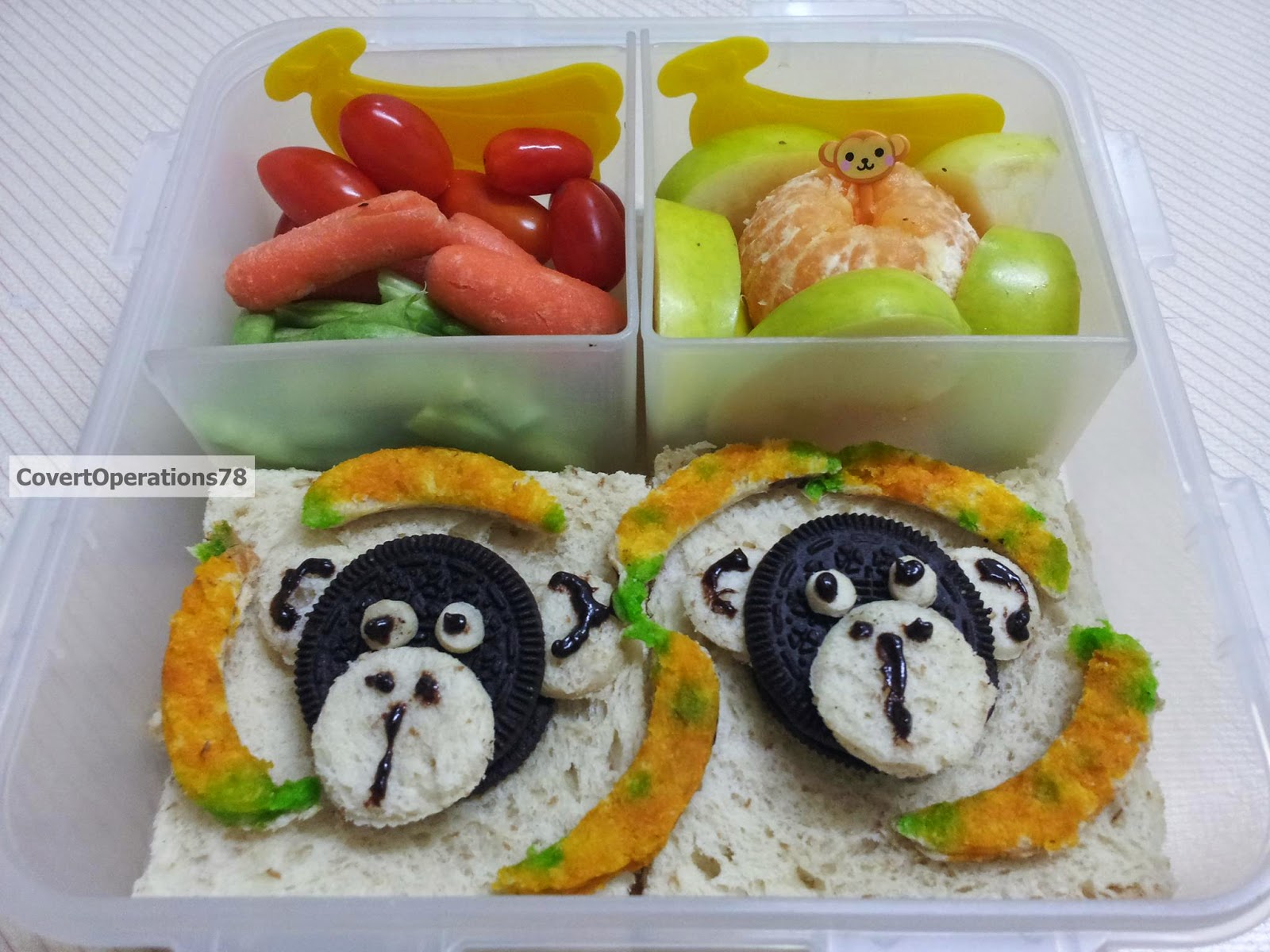 23.6.2014: A chimpanzee-themed bento, inspired by my encounter with Dr Jane Goodall in early June. 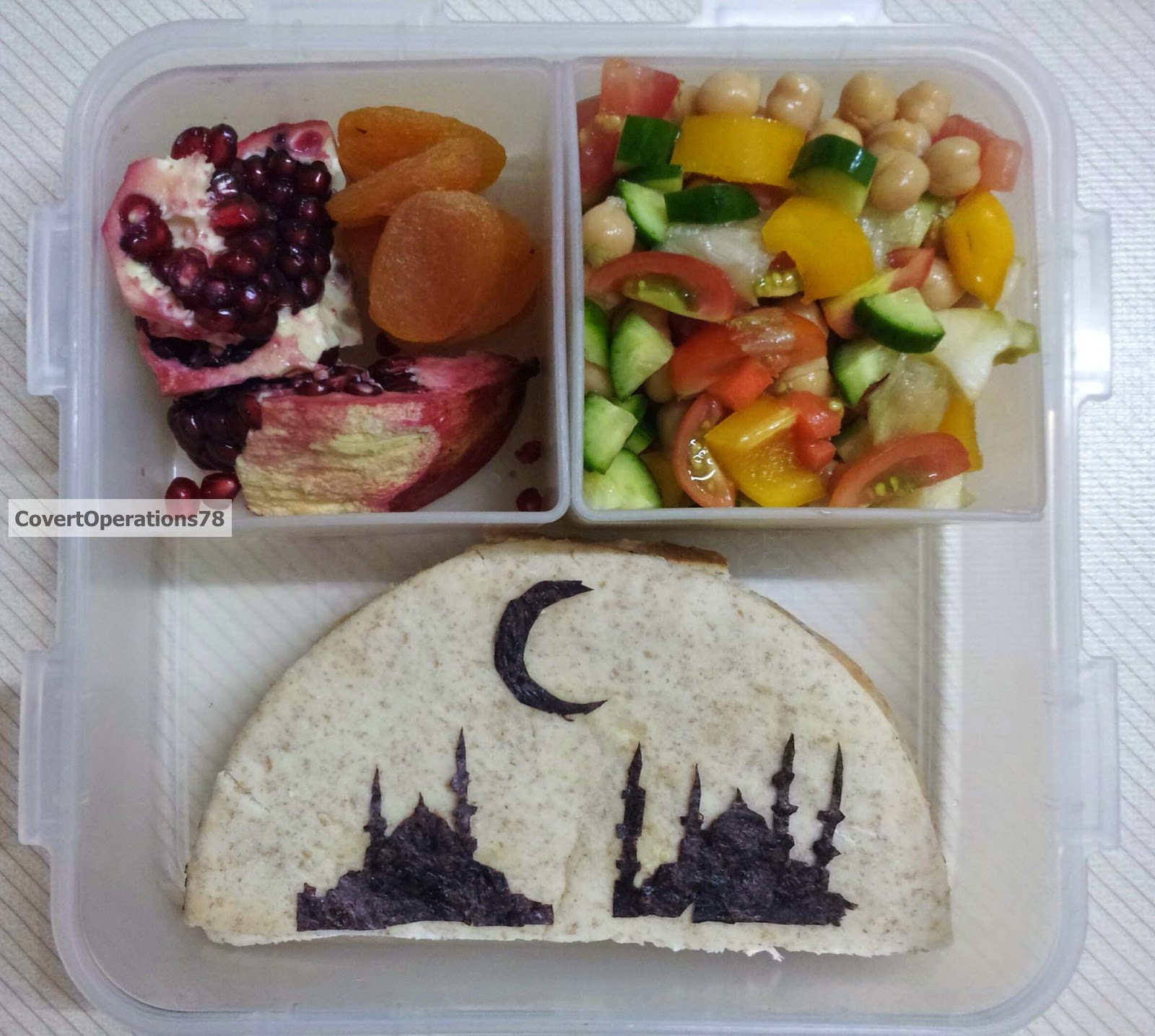 22.7.2014: Missing Türkiye and seeing too many reminders of that beautiful country this Ramadan, hence a Türkiye-themed bento. 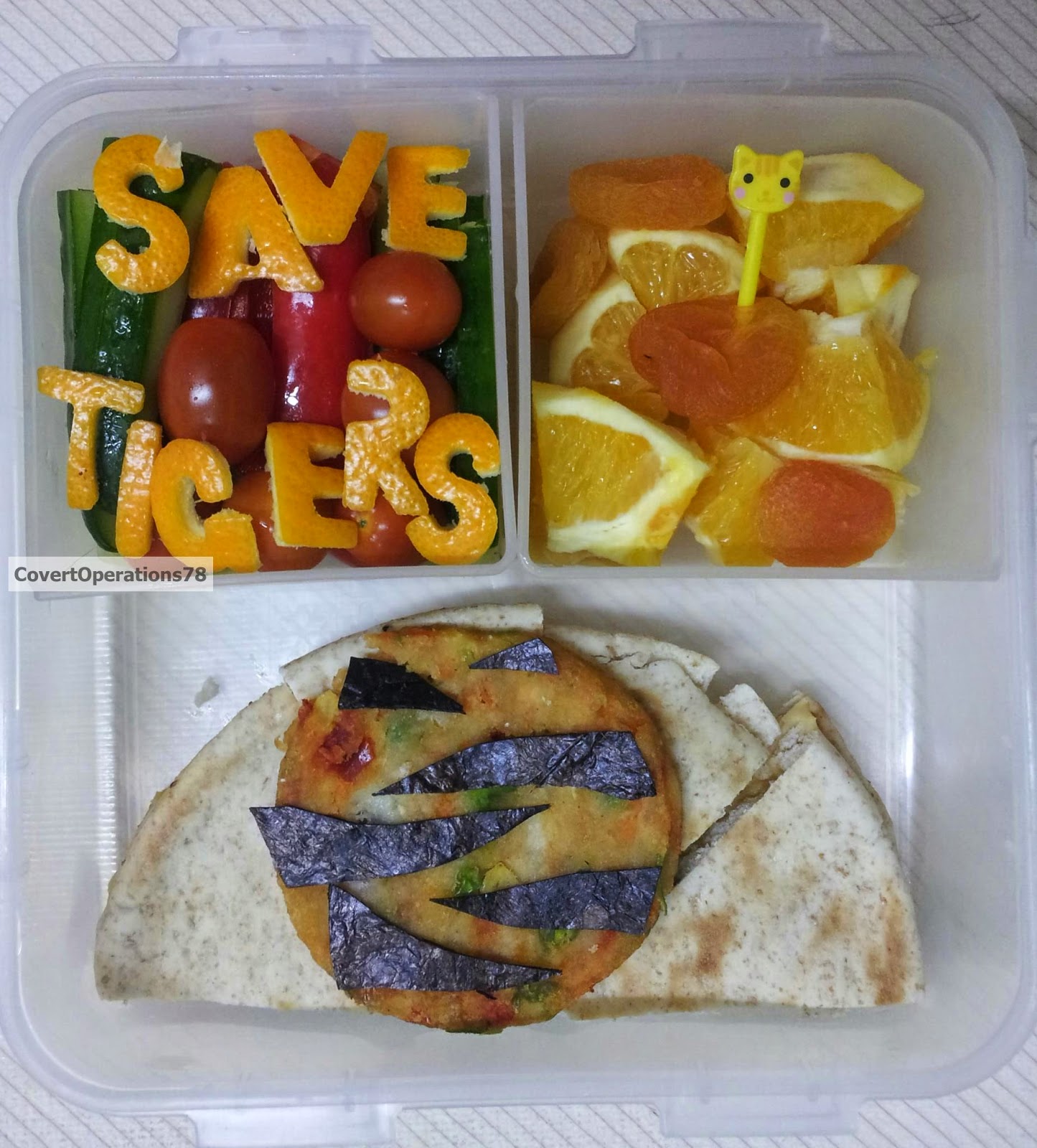 30.7.2014: July 29 was World Tiger Conservation Day (at least that's what I think it's called) so I made this last-minute bento in observance of this cause. 12.8.2014: World Elephant Day bento. Complete with ElephANTS on a Log, geddit?
May we strive to protect elephants and their habitats.
May we see a worldwide ban on ivory within our lifetime.
May all captive elephants be granted the freedom and dignity they deserve. 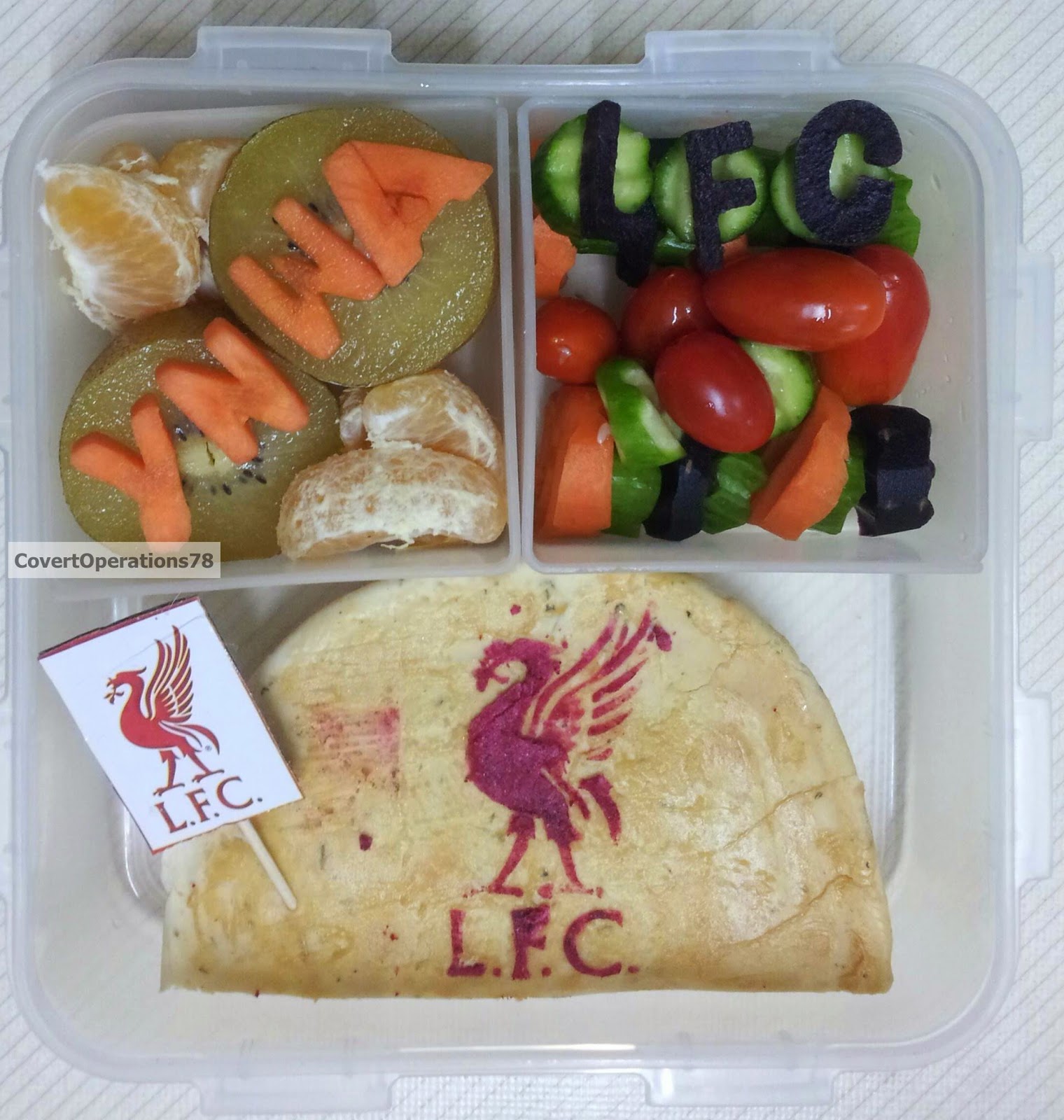 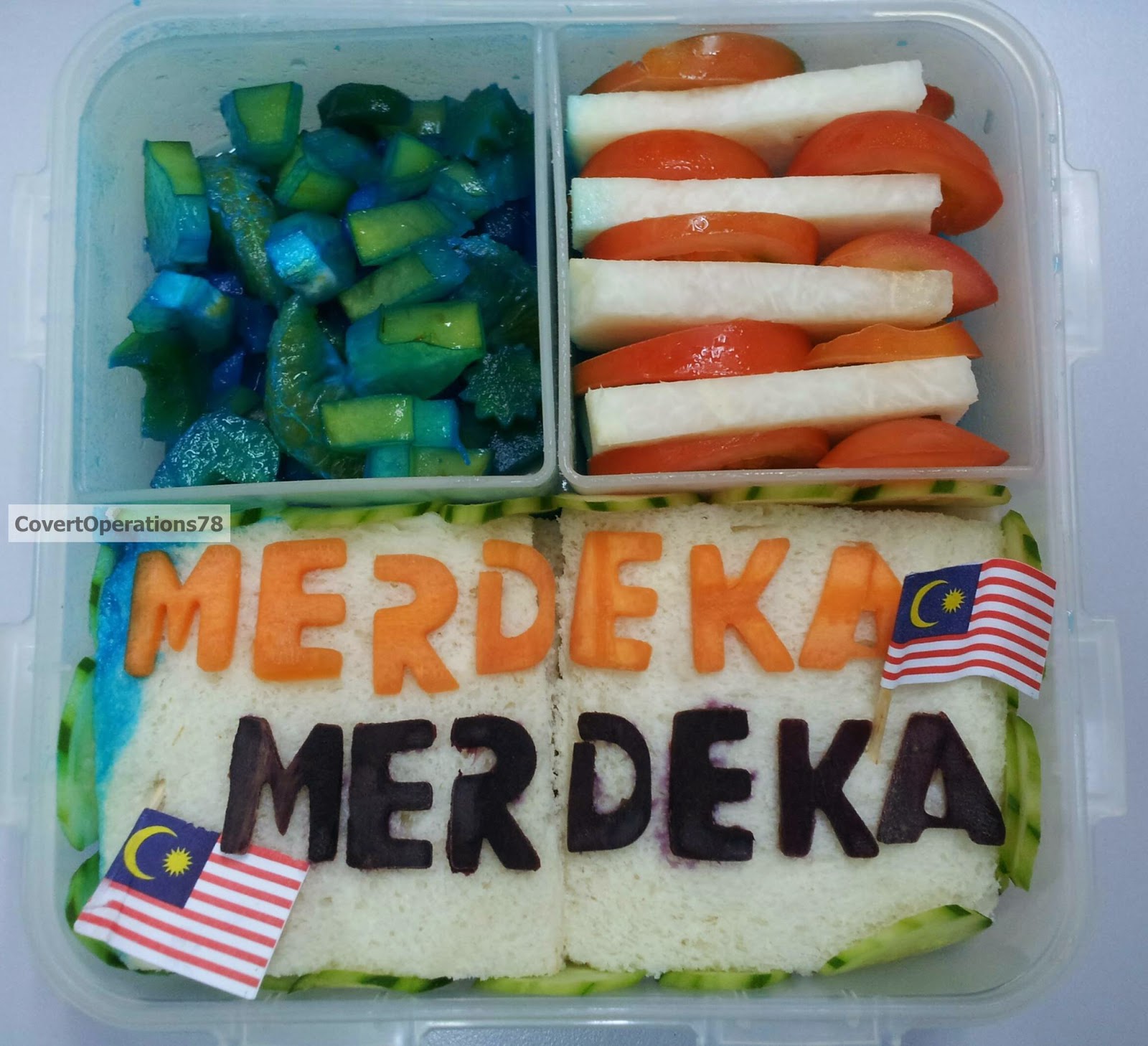