Going Bananas over The Watcher

It's no secret that I am an ardent admirer of Dr. Jane Goodall. 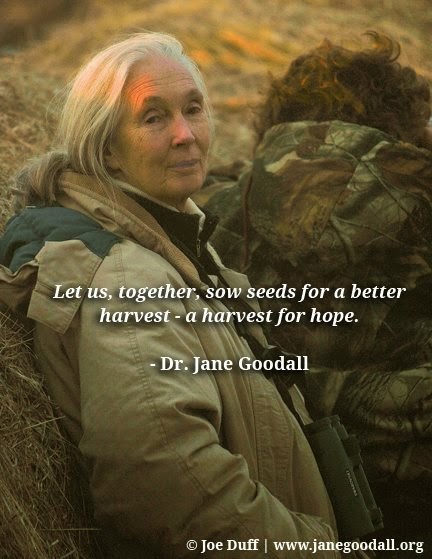 I love her courage, compassion, intelligence, strength, gentleness and humility. I love how she can inspire us to be better versions of ourselves. I love how she did what was unheard of for young women of her time. I love how she revolutionised how we approach the study of natural history and what we know about chimpanzees. 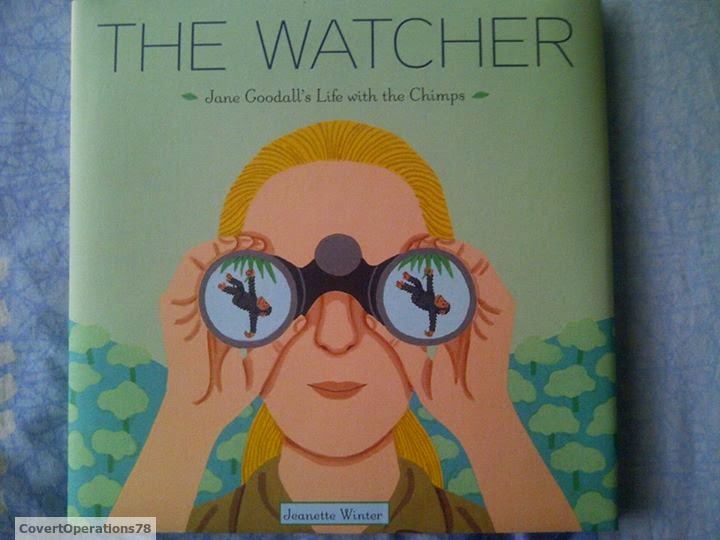 When I purchased this book, "The Watcher", on Jane Goodall's early life, it was for the purpose of reading it to the young beneficiaries of The Revolving Library's volunteer reading programme. I wanted Dr. Jane's curiosity, courage and compassion for animals and nature to inspire them, as the same qualities had inspired me. It was just as important that I read this book to boys as to girls. Most of the boys we read to come from environments where women are either victims of abuse or domestic violence, or alternatively, in the role of homemakers, caregivers, cooks and nurturers. There is nothing wrong with them identifying women as caregivers and homemakers, but children also need to know that there are women scientists, doctors, inventors, pilots, soldiers, presidents and athletes out there. Boys need to have strong female role models who break gender stereotypes, too! Besides, a story about Dr. Jane's adventures in Africa would capture any child's imagination, especially children who have never had the opportunity to travel.

So on 26th April 2014, Aravind and I turned up at the gates of Anbu Illam Home for Boys together with the regular Revolvers (i.e. Revolving Library volunteers), Joslyn, John, Claire and Susan for the boys' weekly reading session. It's not enough to merely supply children's shelters and homes with books, without helping the children develop literacy and a love of reading. So we read, as often and as much as we can, to them. 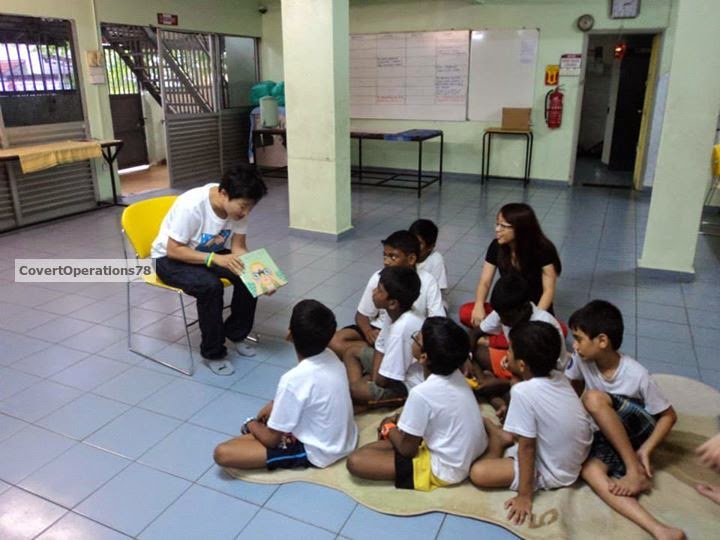 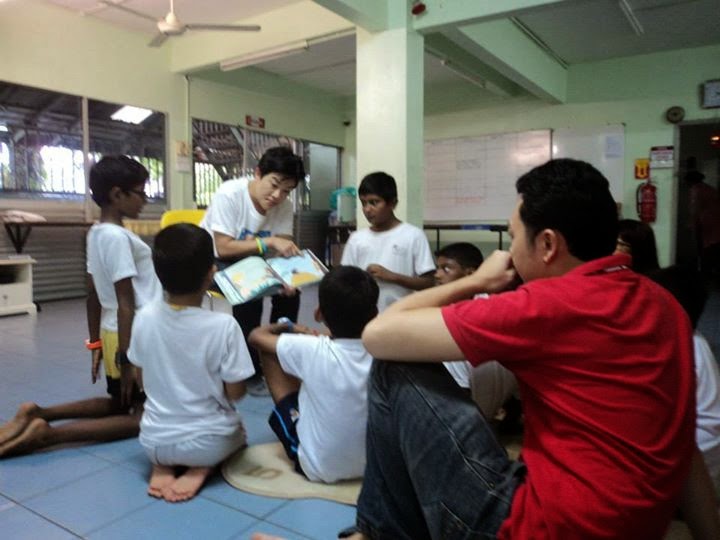 The boys were initially shy, but they moved closer as the story progressed. We built our vocabulary and learned new words. The boys learned and acted out words like "huddle" and "swagger". We pretended we were chimpanzees who didn't hide from the rain, but took shelter under leaves. We learned how to do a "pant-hoot call" (the boys were very enthusiastic and no longer shy by then). 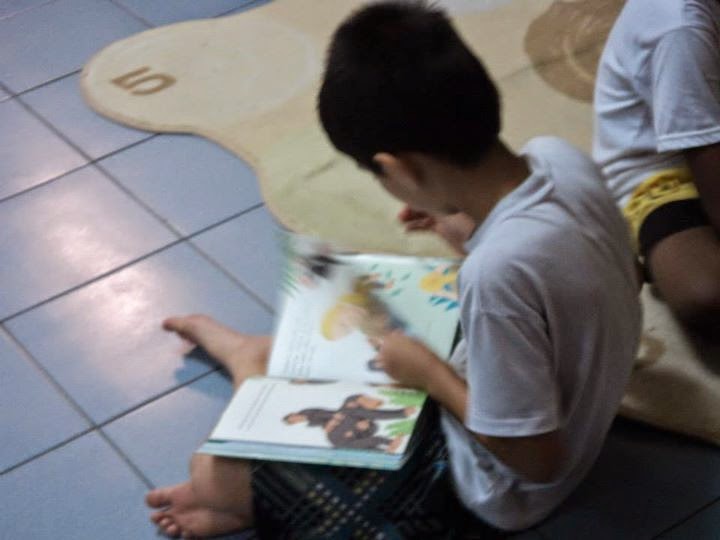 Kishen loved the book and read it all over again after I was done reading it to them. 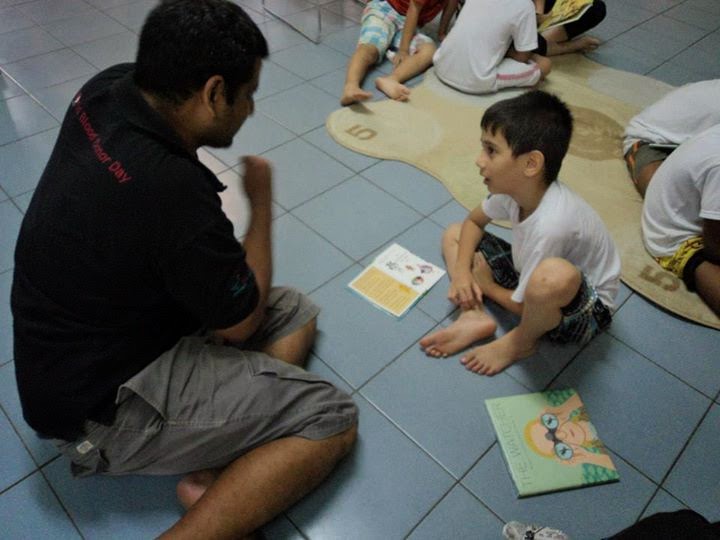 He told Aravind that he would like to be a scientist, too. I think the boys enjoy having adult male mentors to talk to. Kishen was initially a little skeptical and believed Dr. Jane to be a fictional character. I wish I had thought of bringing my netbook and showing them a video of Dr. Jane releasing Wounda back into the wild to convince him that Dr. Jane is very much alive and real. 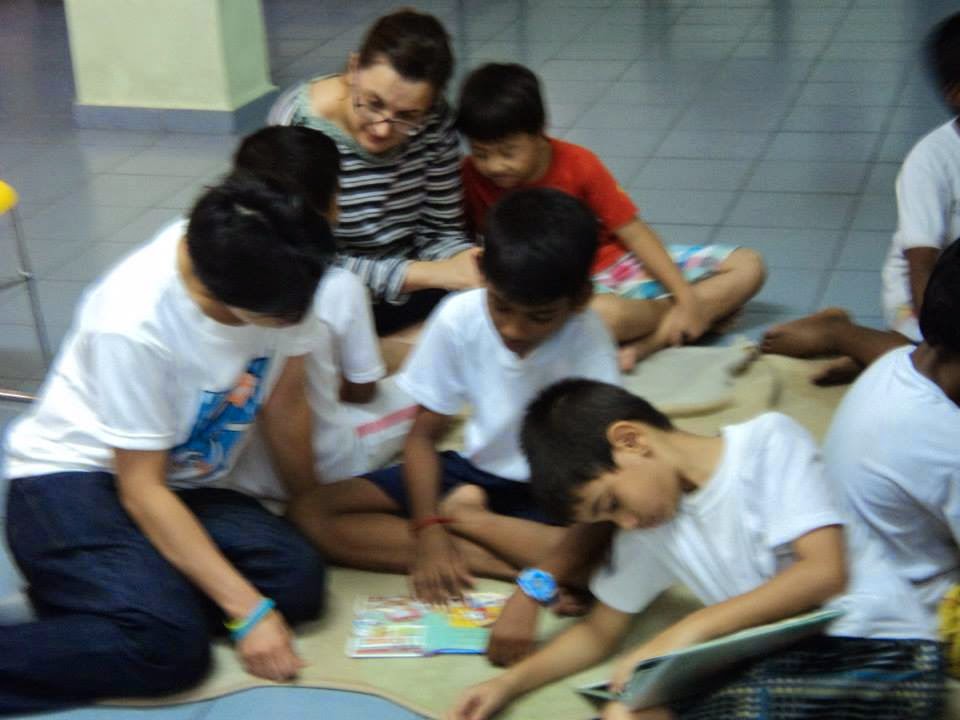 We had a one-on-one reading session with the boys after I finished reading "The Watcher" to them. We had to read quietly for around half an hour while waiting for the older boys to finish their weekly Maths tuition class in the living room. 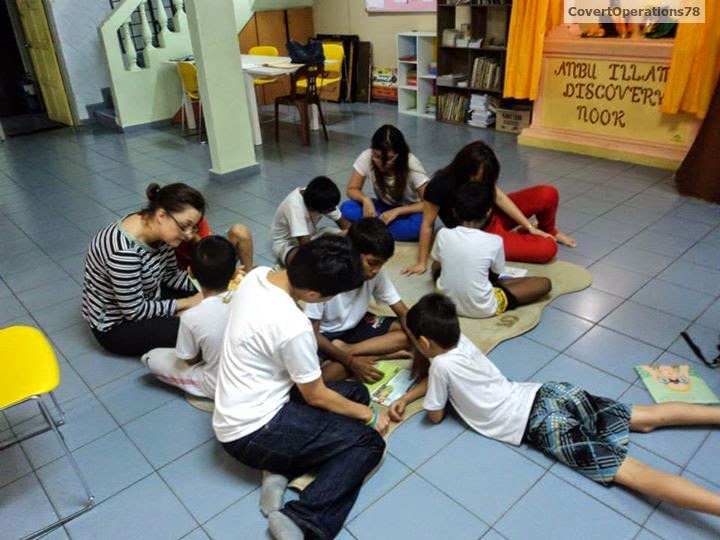 ... And now Kishen has decided that he would much rather listen to Pravin read! 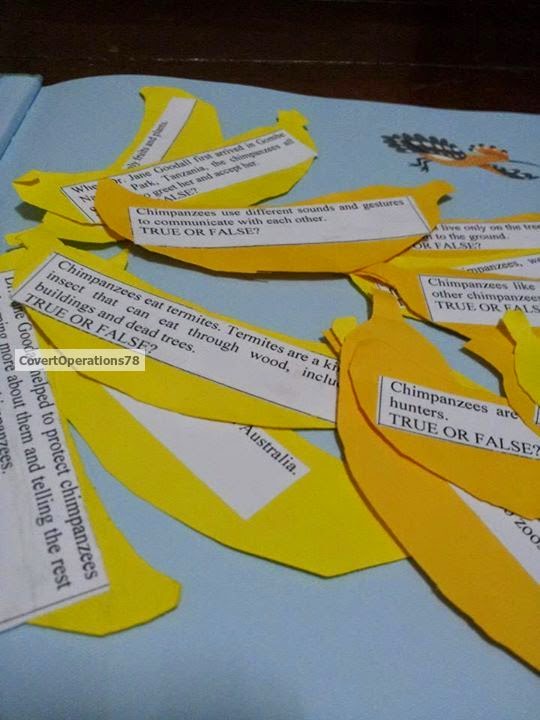 Once the teens were done with their Maths session, it was time for the boys to play an active game! I had pasted True/False questions on 20 paper bananas to hide around the Home, and the boys had to form 2 teams of chimpanzees to hunt down the bananas and answer the questions. The questions were related to Jane Goodall, chimpanzees and conservation. The team with the highest number of correct answers wins the challenge. I did this to test their comprehension and recollection of the story I read to them. 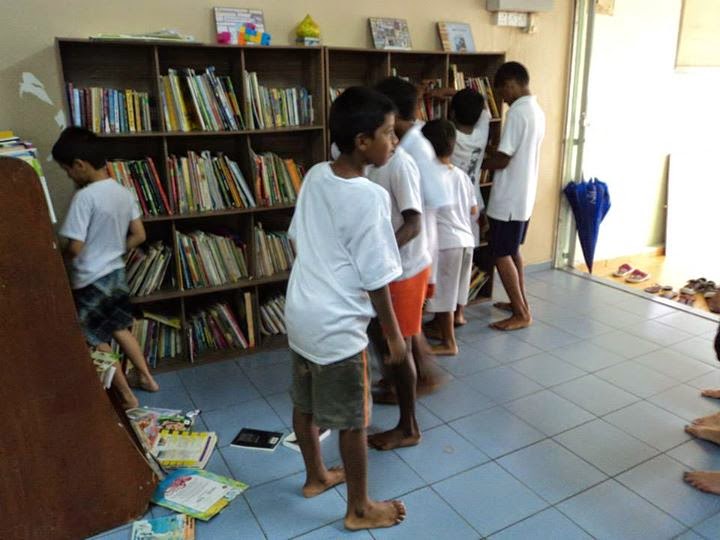 The little library turned into a veritable jungle with 20 wild boys going crazy looking for clues.
(We tidied up together after the game) 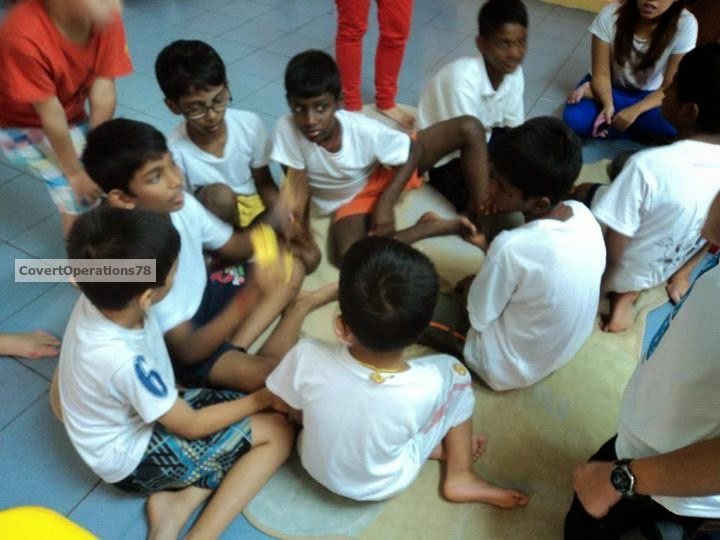 When I called for time, they gathered on the reading rug to read out their questions and answer them. The boys spontaneously clapped like chimps and did the pant-hoot call each time someone got a correct answer. It was a lively and hilarious session. I was delighted that they got all the answers correct! Yes, chimpanzees have little or no facial hair! Yes, Jane Goodall grew up in England, not Australia! Yes, you protect chimpanzees by protecting their habitats and making it illegal to trap and sell them or use them in circuses or laboratories! Good job, guys! 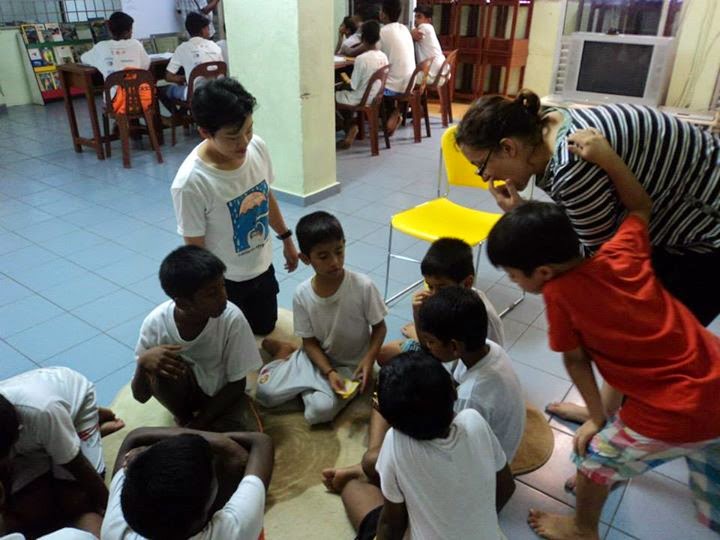 The boys didn't think they have had enough of the chimpanzee-related questions and swapped and read each other's questions. It filled my heart with happiness. They were doing it because they thought it was fun. They didn't care if there was a reward or prize for reading or playing the game. It turned out that I did prepare prizes, though. The winning team received Chimp Food (i.e. banana chips, coconut cream coated crunchy peanuts, and dried apricots). The runners-up received the same prize, only in smaller portions. The boys shared all the food equally, including with the older boys who weren't included in the game or reading session, and that filled my heart with love for them, all over again. 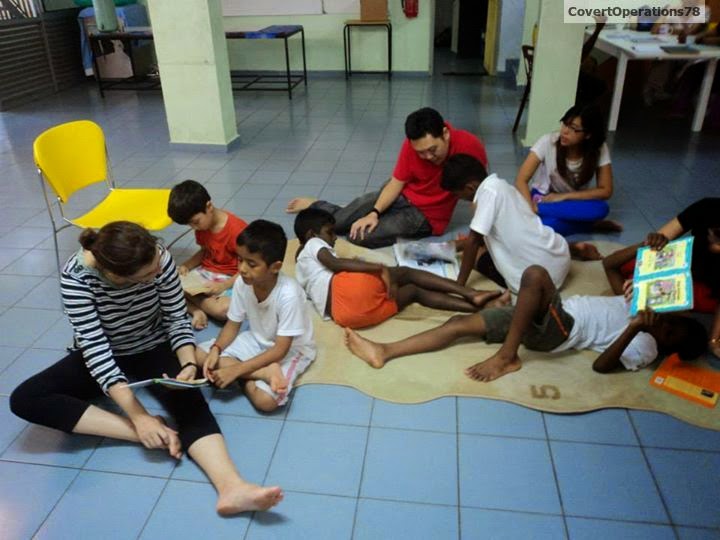 We had another one-on-one reading session while the boys munched on their chimp food. 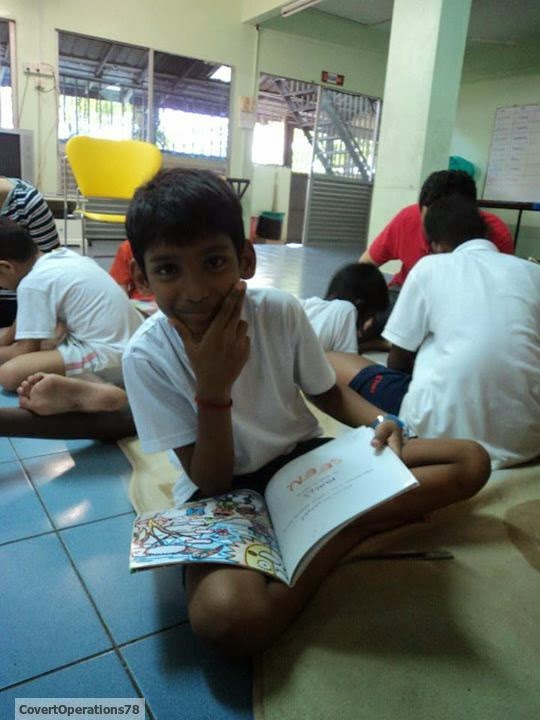 Pravin would strike a pose each time anyone whipped a camera out. He is a smart young man with a positive and enthusiastic attitude. 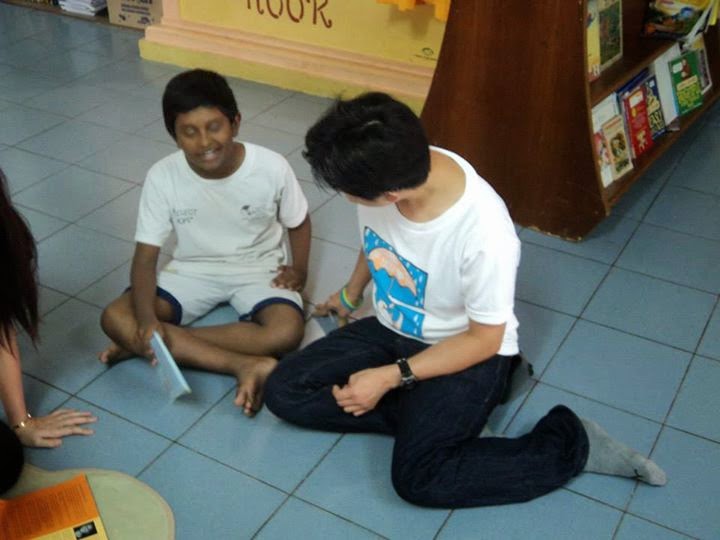 Avinash struggled a little with his speech and reading so we went over the book at his pace and I explained the meaning of English words to him. 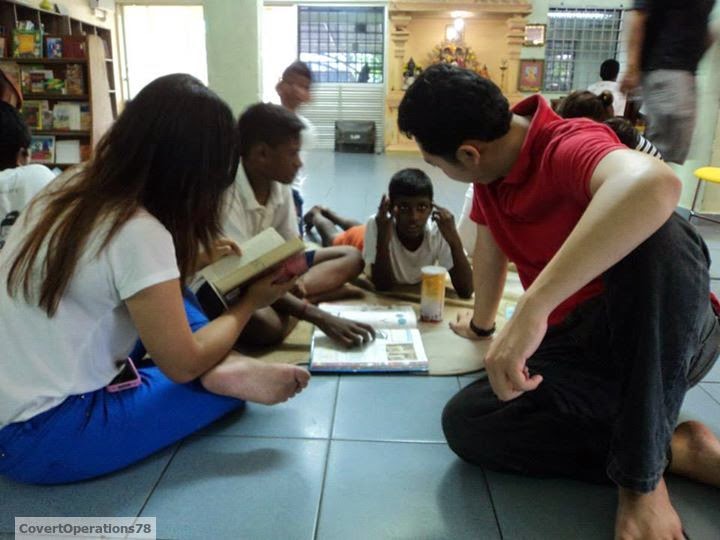 John and Susan read a book about eyesight and spectacles together with the boys. We had afternoon tea together with the boys around 5.30 p.m. and then it was time for them to have a thevaram (devotional chanting) class and a round of football before dinner. The boys saw us off with... what else but pant-hoot calls! Oh man, I love those boys!

It was a most satisfying and enjoyable afternoon and I am just sorry I don't do this more often. May the boys always carry with them the knowledge and memory of Dr. Jane's dedication to protecting the chimpanzees and forests, gentleness and humility when dealing with people and gratitude for the beautiful world we live in. 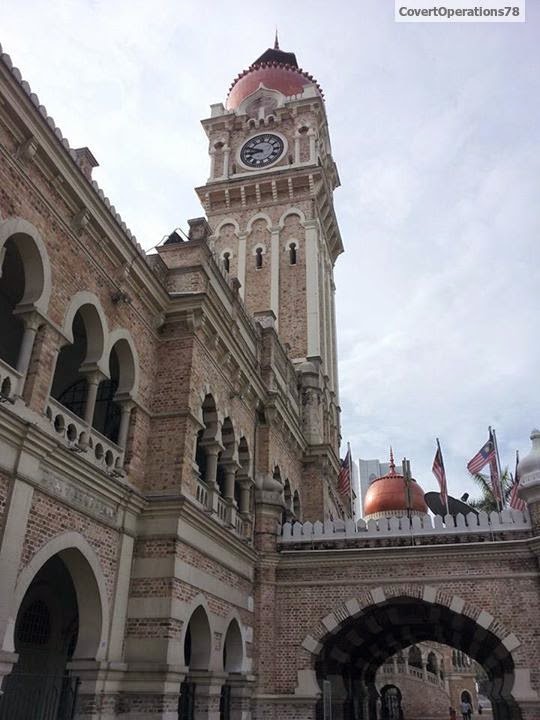 I had a case to attend in the Industrial Court this week. I miss the time when this building served as our KL Court Complex. It was old and the stairs were a killer if you had to lug heavy files around, but the building had charm and character. The current KL court complex is an ugly huge energy vampire, all facade and air-conditioned empty spaces and very little else. 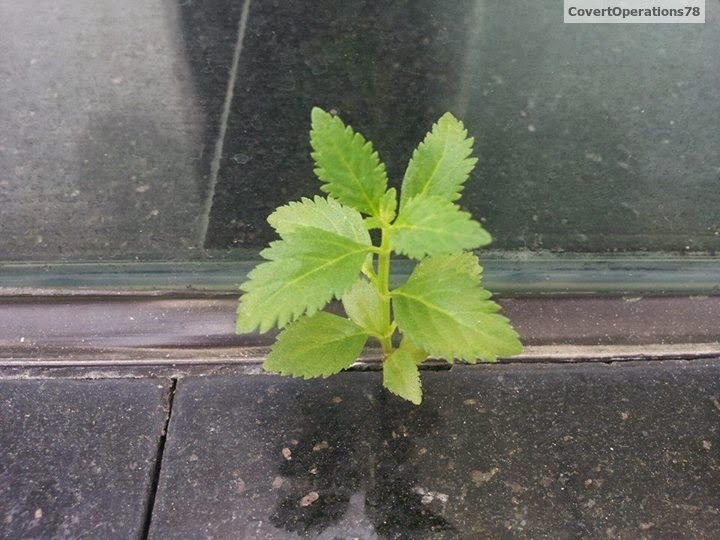 Nature will find a way. (Taken outside my office) 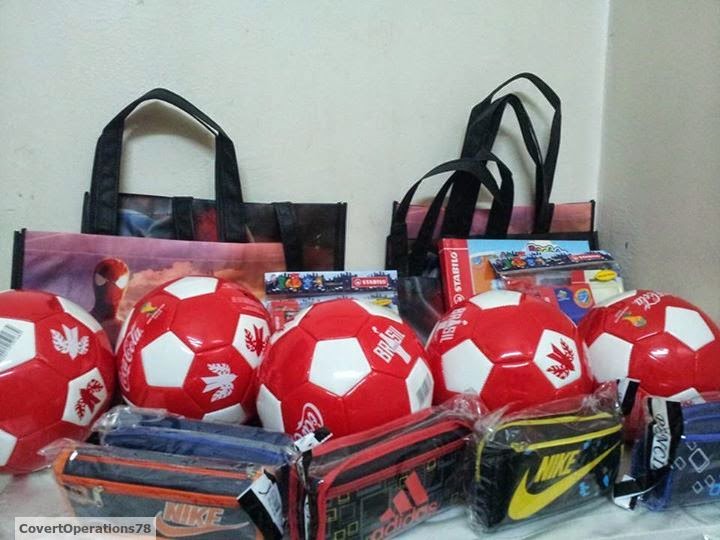 Goodies that we bought for the YMCA Christmas Party for underprivileged children. 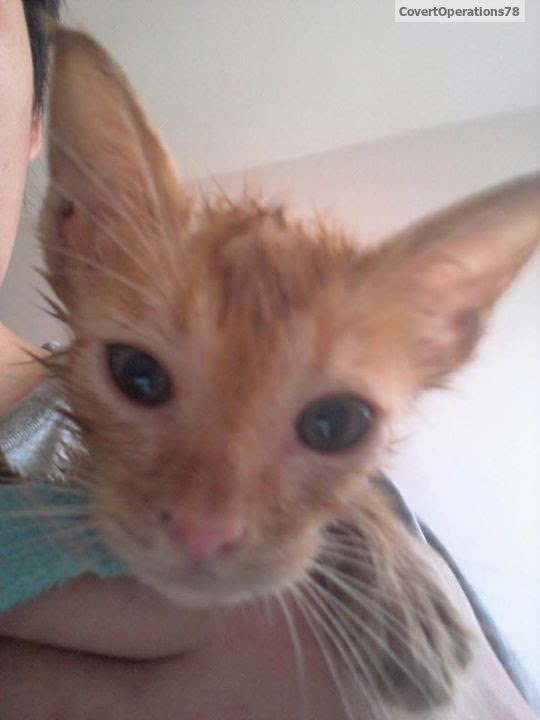 Our latest rescued kitten, Lennon, being dried off after his first bath. 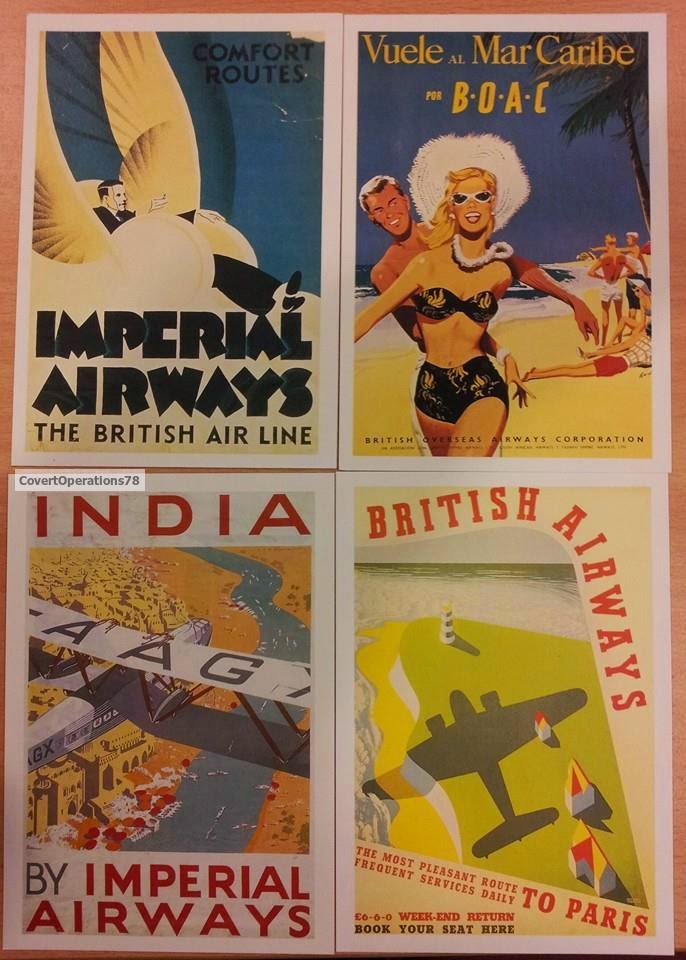 Travel-themed vintage airline ad postcards that I sent out for Postcrossing this month. 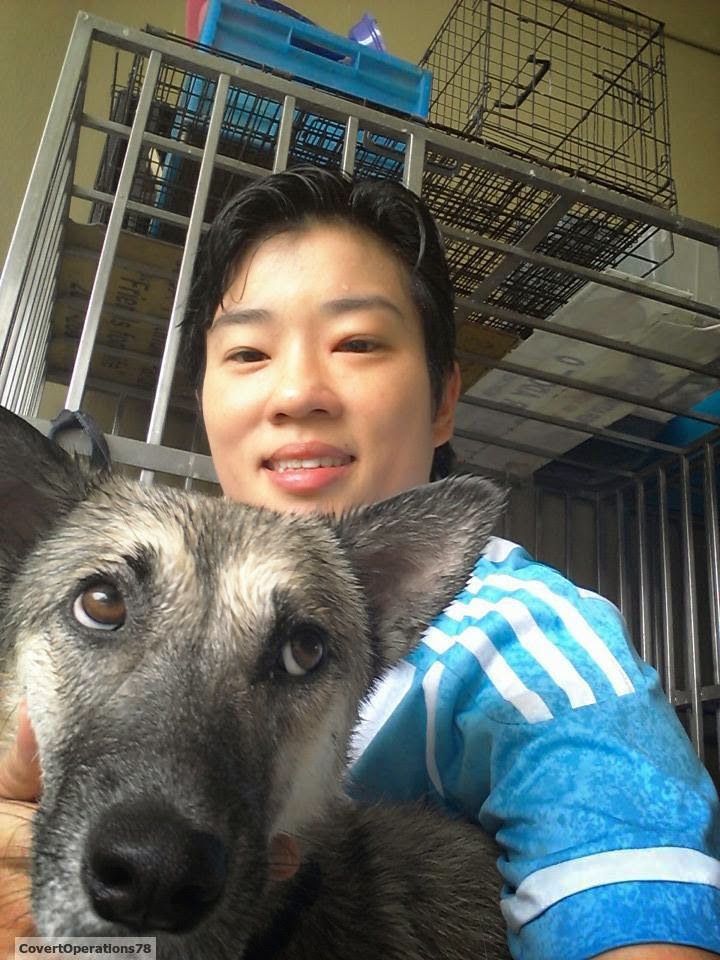 Bathing and tickwashing the SPCA shelter dogs on a warm Sunday afternoon. 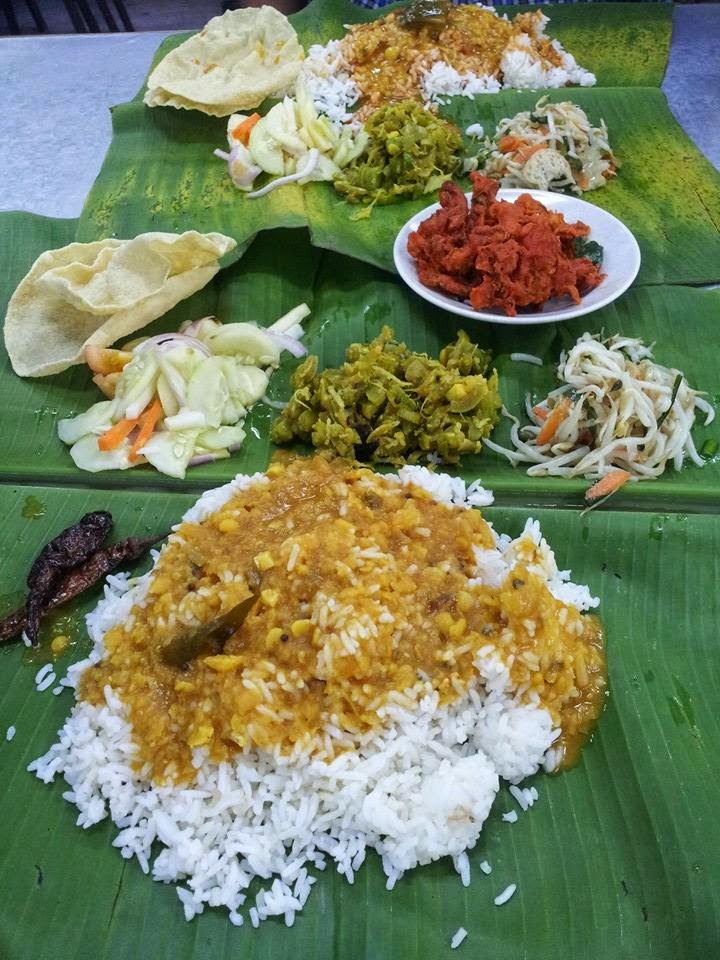 There's no such thing as being too late in the day for banana leaf rice.
(Yes, I regularly eat mountains of rice, and yes, my weight remains the same) 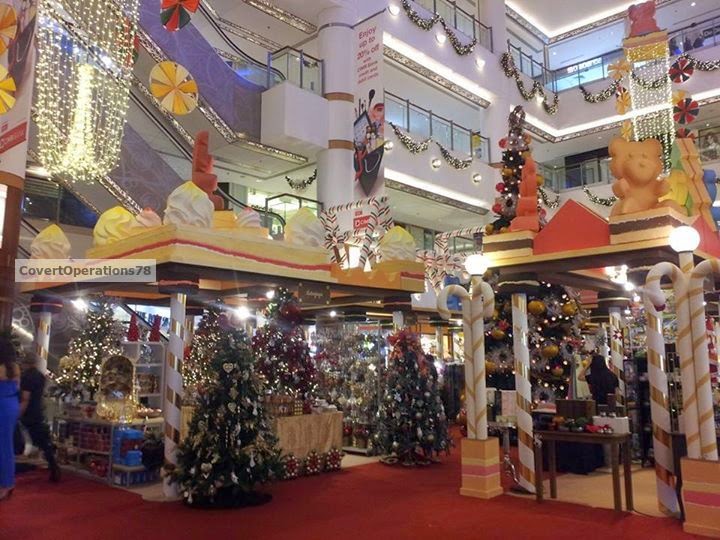 All lovely and Christmassy even though it's not even December yet!
Posted by ~CovertOperations78~ at 22:23