I had previously thought that it would be difficult for me to make new and genuine friends here at the new office. Everything about the corporate culture was so different from the openness and generosity I had been so used to in humanitarian service. I shouldn't have made assumptions because all it took was some time to find colleagues with similar ideals and values.

In my second month of work at my new office, I became friends with Irene and Elena, both mothers of teens, who are also passionate about rescuing and helping animals.

During our Christmas Reach Out session on 20th Dec, I became friends with Serina's friends, Shekin, Azham and Farid, who share our passion for the environment, helping animals and sharing our blessings with the underprivileged. 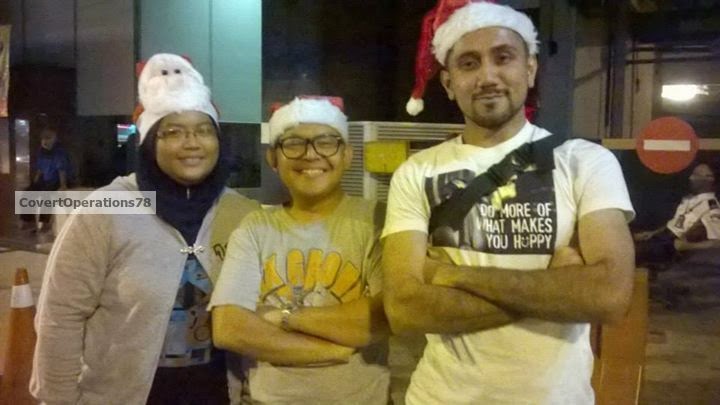 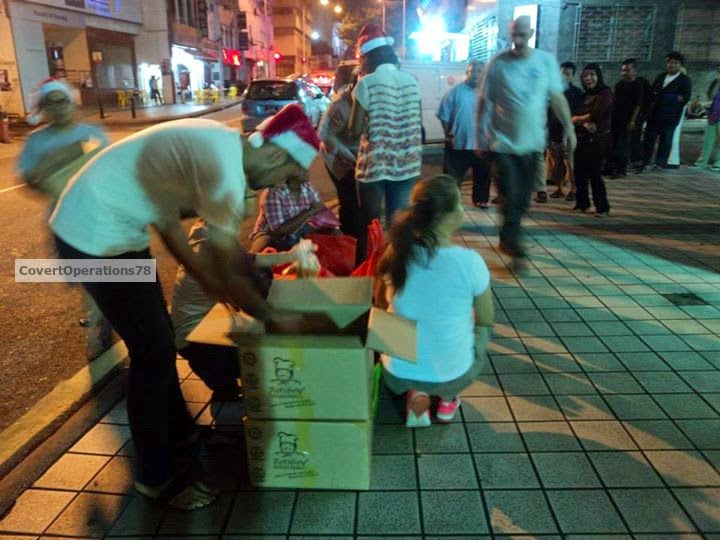 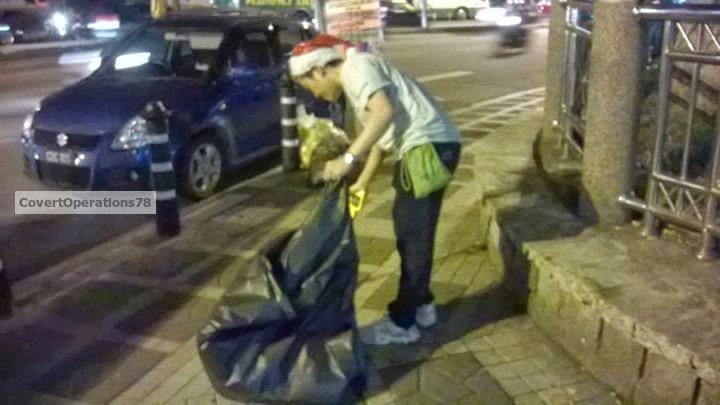 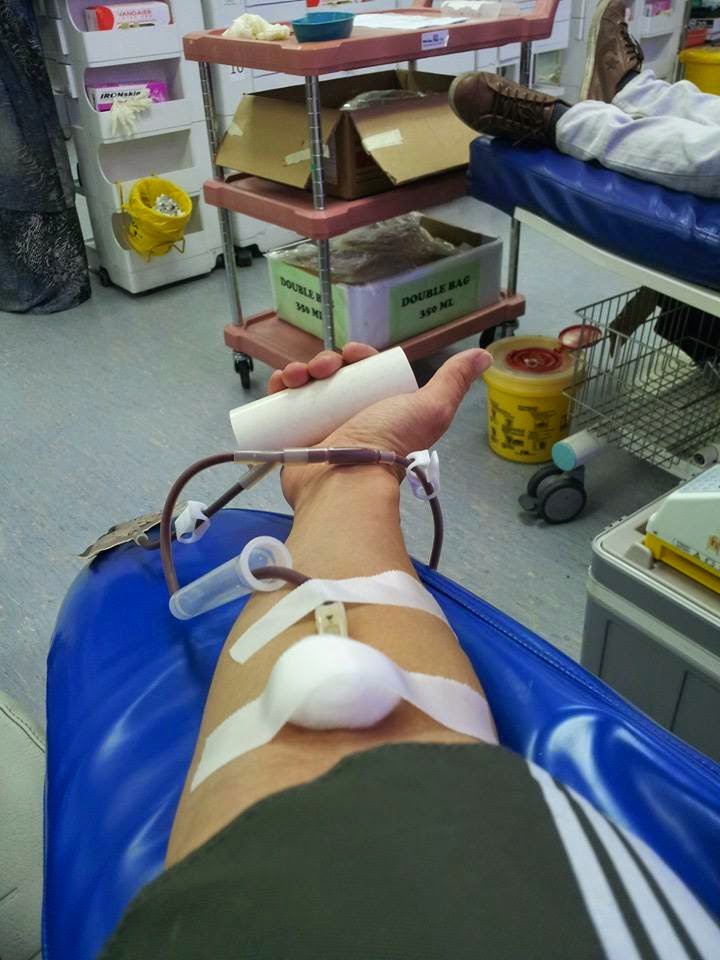 Aravind and I donated blood on my birthday, which always counts as a gift of hope and health to unknown strangers.

When I heard that the government had stopped all funding for 3 drop-in centres for marginalised individuals and children-at-risk in Chow Kit, an area sadly known more for its high crime and vice rates than for any other reason, I was angry, but I also realised that there was a need to act fast to raise funds to keep the centres running so that children, youth and transgender individuals would not be turned out into the streets. I was relieved to see an Indiegogo fund set up for them, and made a donation immediately. Funds are needed as a stopgap measure even while we are busy lobbying, drafting petitions and writing letters to the press and government ministries. 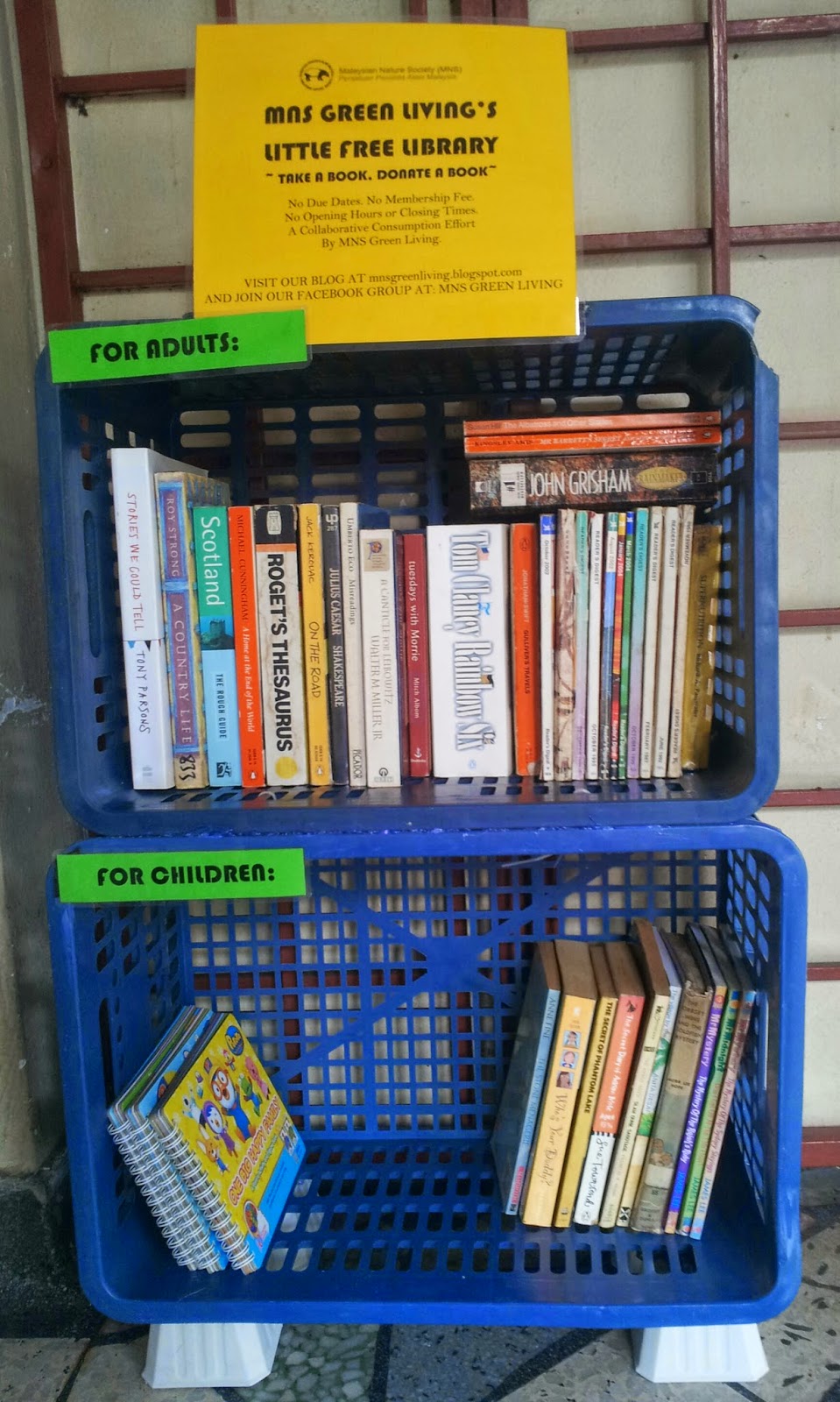 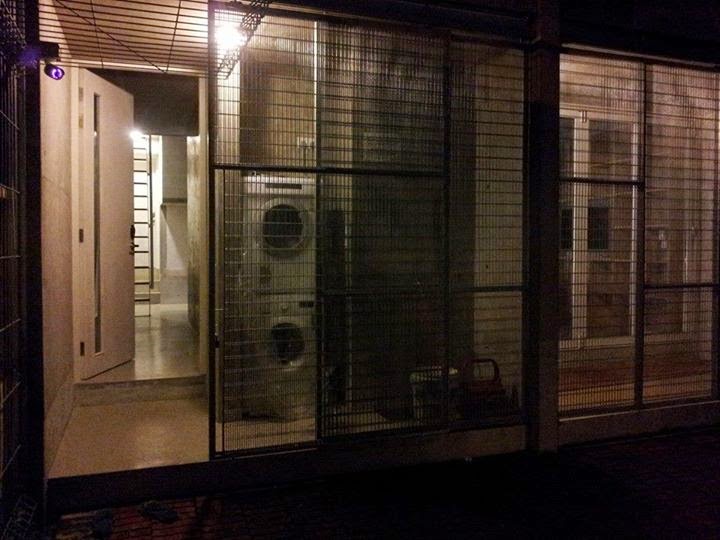 The Green Living Little Free Library had become a dumping ground for unwanted books, so one Friday night after work, I went over with cat food for the Malaysian Nature Society TNR cats (Truffle and Tinker from last month, remember?), snacks for the night watchman, and large boxes and books to put everything in. I cleared out the library, sorting out torn books, magazines and catalogues for recycling, books in Mandarin for a Chinese community centre, children's books for The Revolving Library, and 5 boxes of other books to give away to a new community library in Lorong Kurau, Bangsar.

When we finally understood the scale of destruction caused by the floods in the East Coast, I dug deep into my pockets to buy food, medicines and other basic necessities for the flood victims. 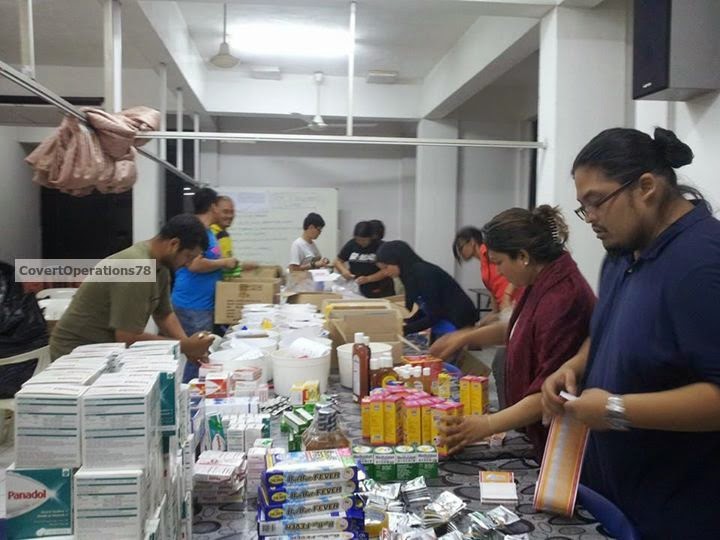 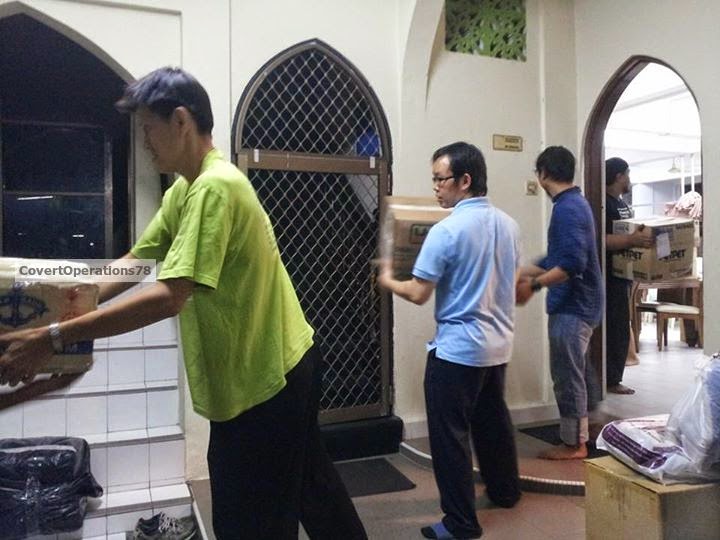 When we finally understood the scale of destruction caused by the floods in the East Coast, I dug deep into my pockets to buy food, medicines and other basic necessities for the flood victims. I also joined other volunteers to help pack and load supplies for the flood victims at the SS3 mosque, which had very kindly let us use its premises as a flood relief collection and distribution centre. 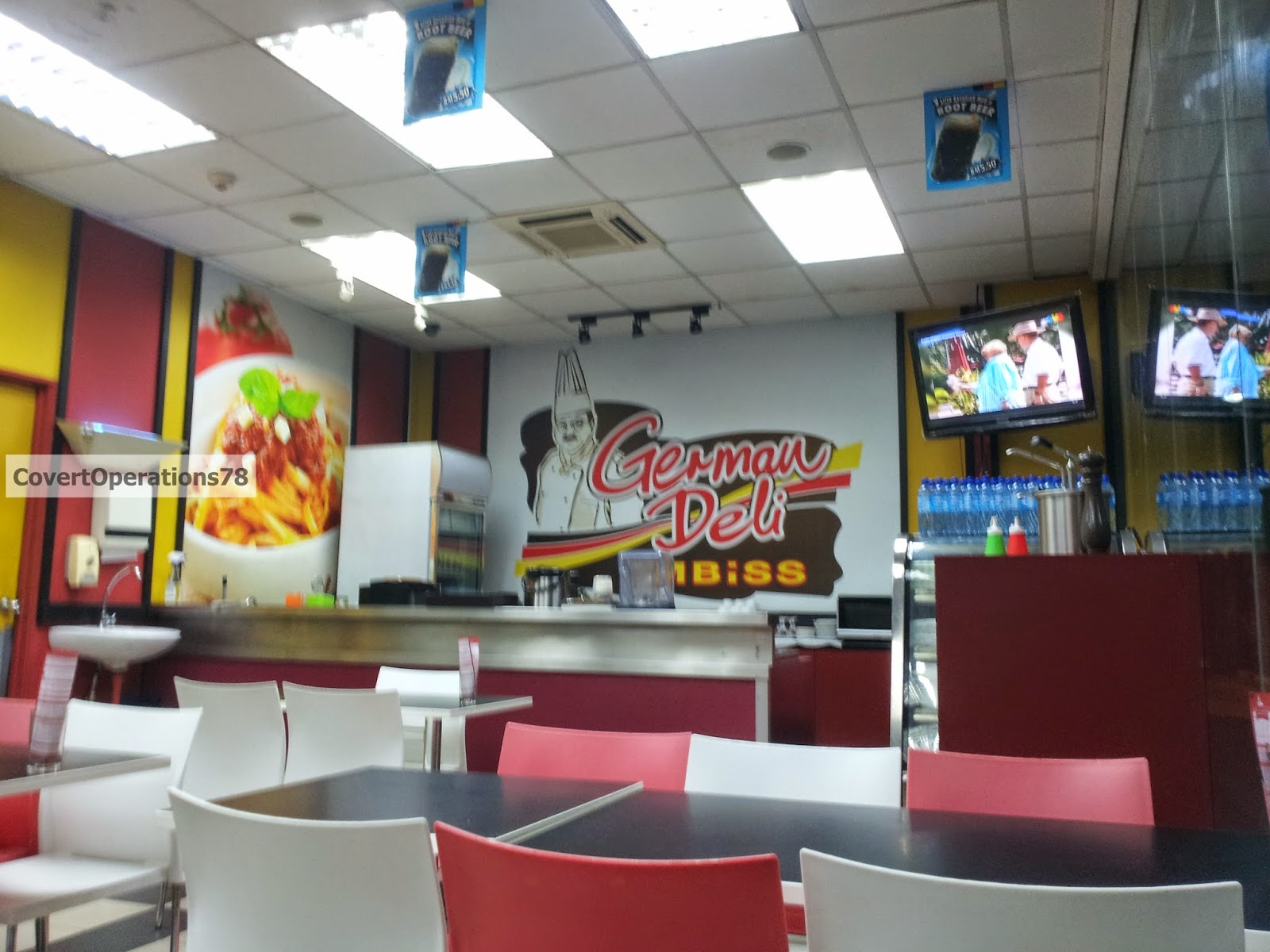 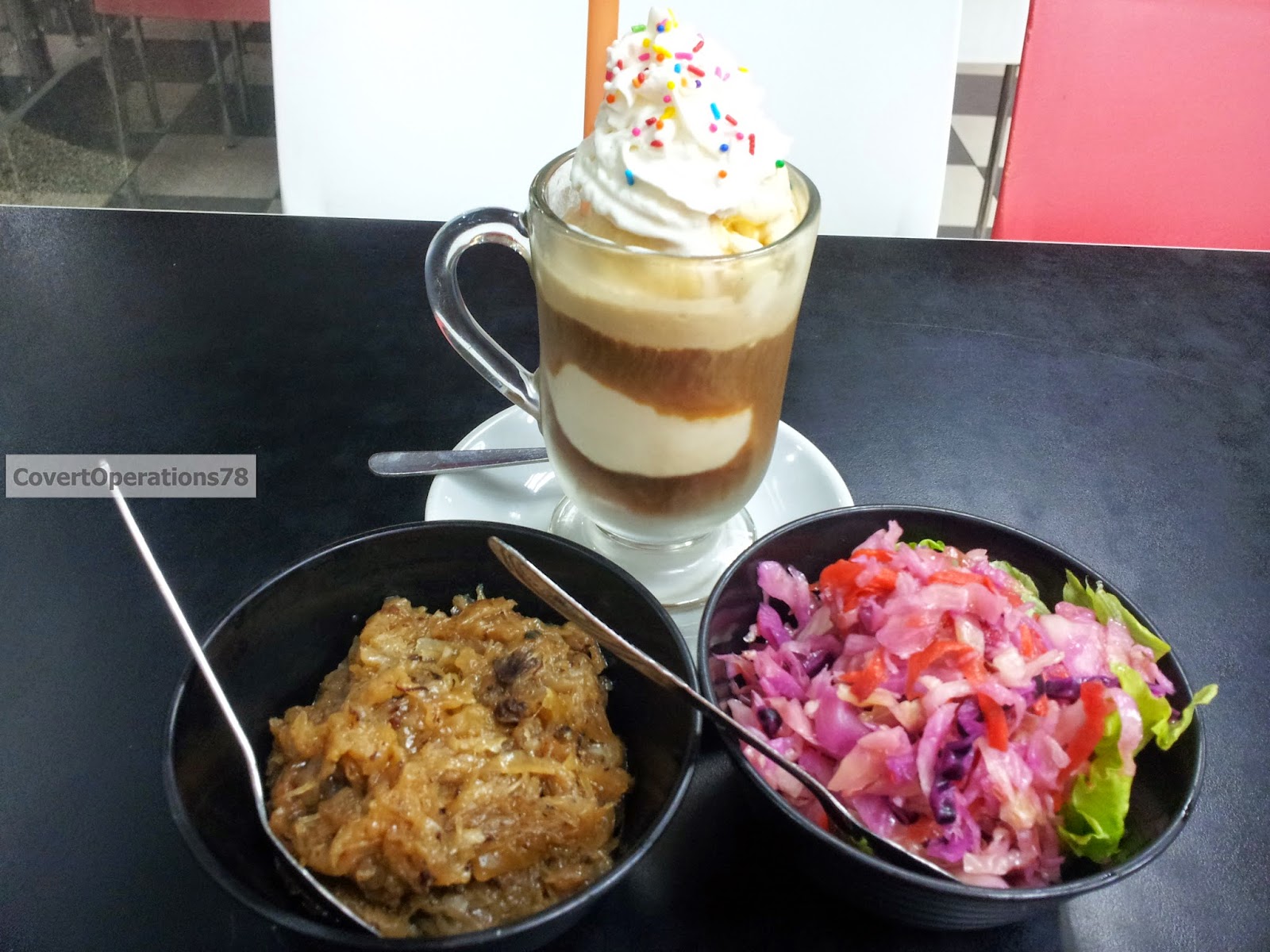 I stopped by German Deli at Petronas Ampang Jaya, after volunteering at the SPCA one weekend, hoping to find German potato salad, sauerkraut and my all-time favourite bread, laugenbroetchen. They didn't have laugenbroetchen, and really nothing that was authentically German. It is a halal establishment that doesn't even serve beer. Most of the food was pretty much just meaty fast food. I had a bowl of Bavarian salad and sauerkraut. The sauerkraut was delicious, though, but I don't think I'd be coming back here in a hurry just for the sauerkraut. 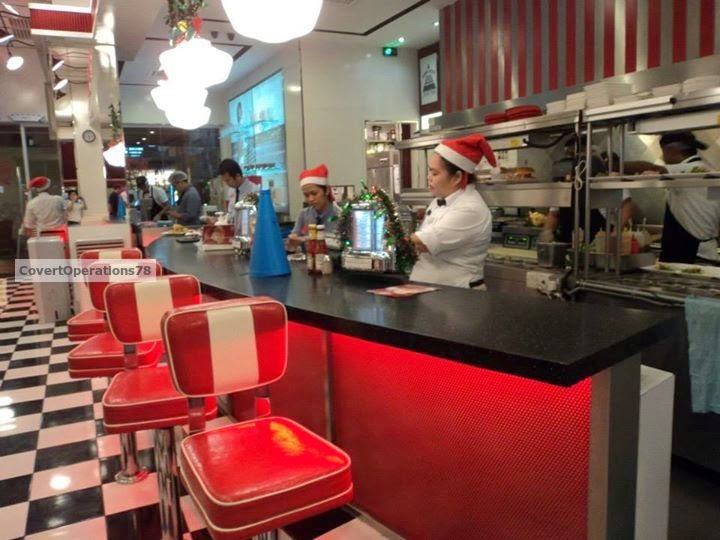 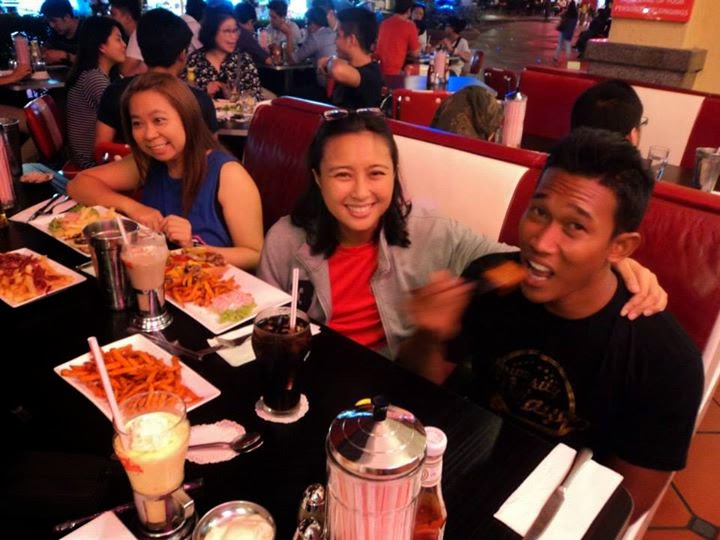 My friends took me to Johnny Rockets at the Curve on my birthday, and we had good old-fashioned American fast food. I went there again with Serina after ice skating one night after work. 3 words -- Sweet Potato Fries. So good.

I am back in the groove of being an active user of KindMeal.my this month and discovered 2 new restaurants thanks to this meatless dining portal. 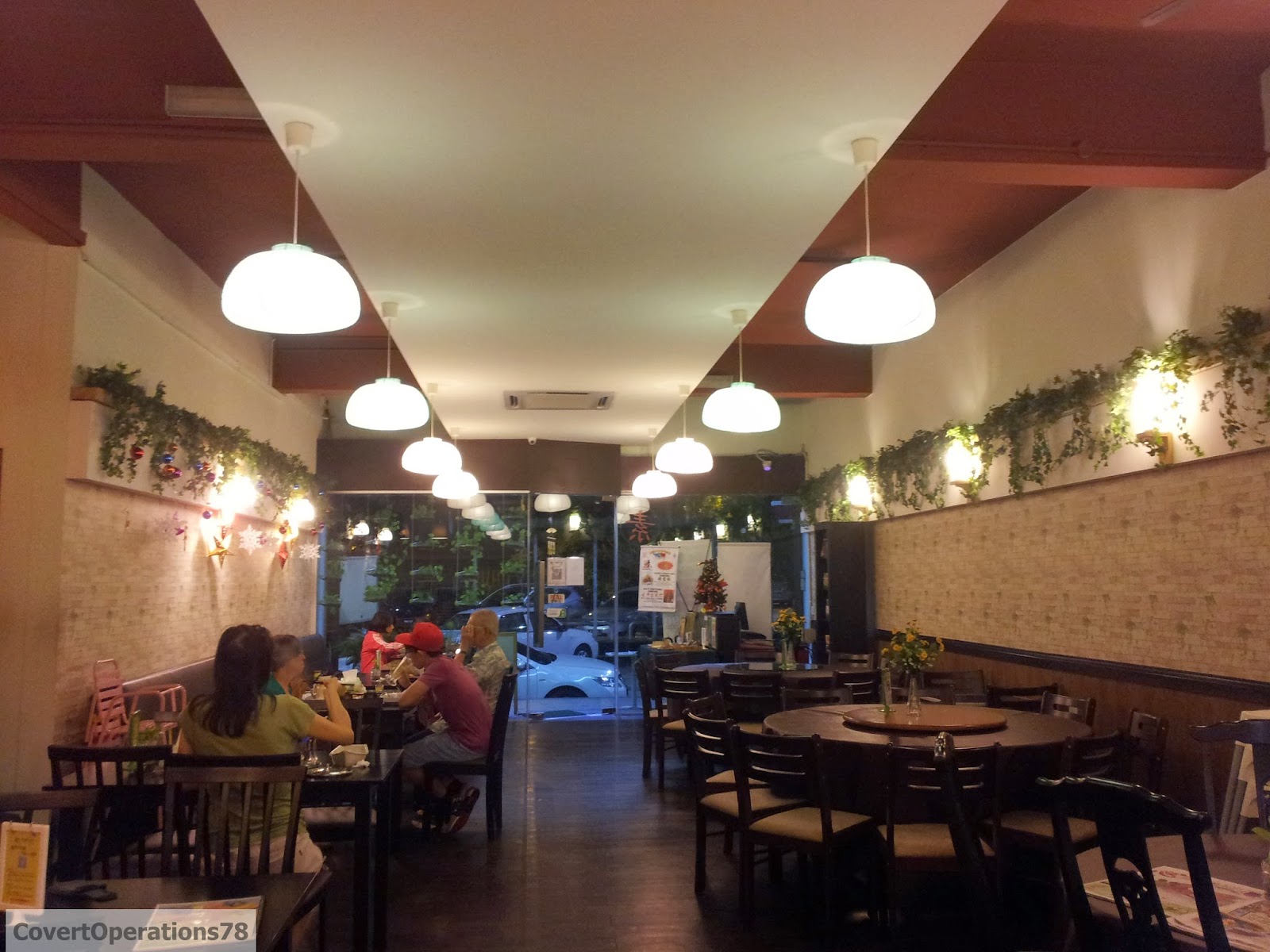 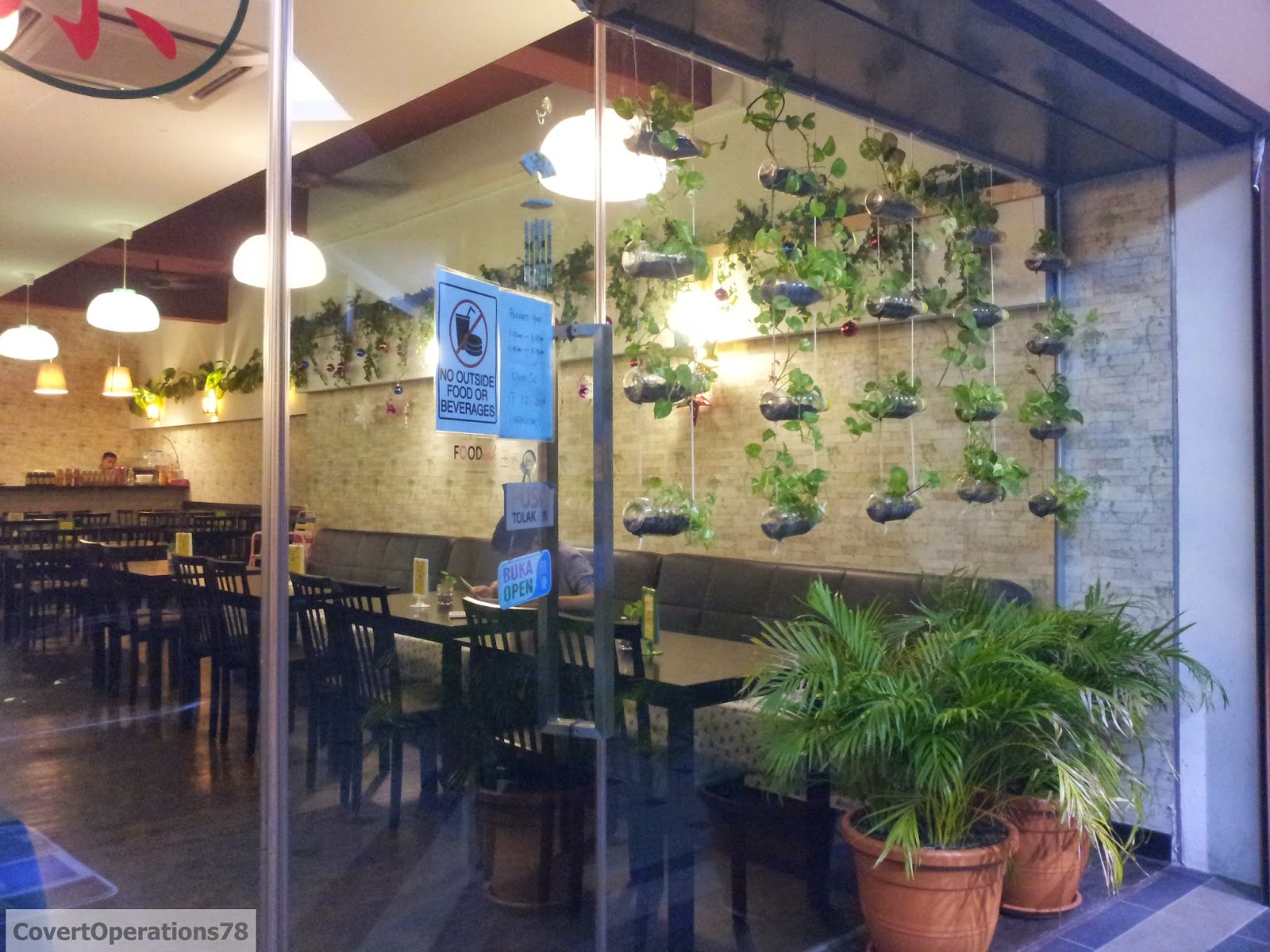 Raku-Raku is a vegetarian Japanese and steamboat restaurant located in Damansara Jaya, not far from my house, and all the bento sets have so far been fantastic. You can read all my reviews by clicking on the embedded links below: Fa Ying is a bistro-type Thai restaurant in Paradigm Mall and I liked the green curry so much that I returned for dinner on Christmas Day with Aravind and Nicole. 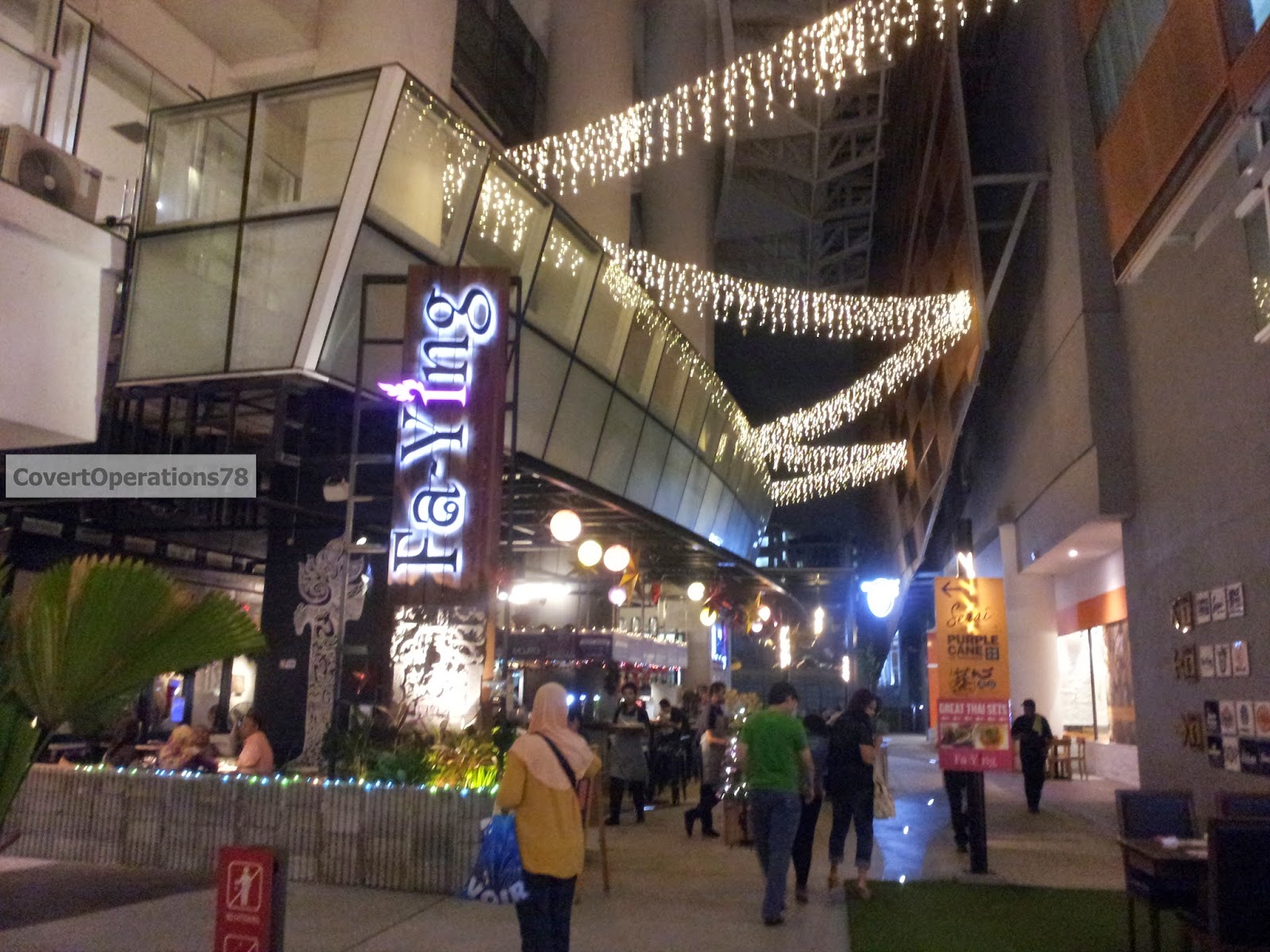 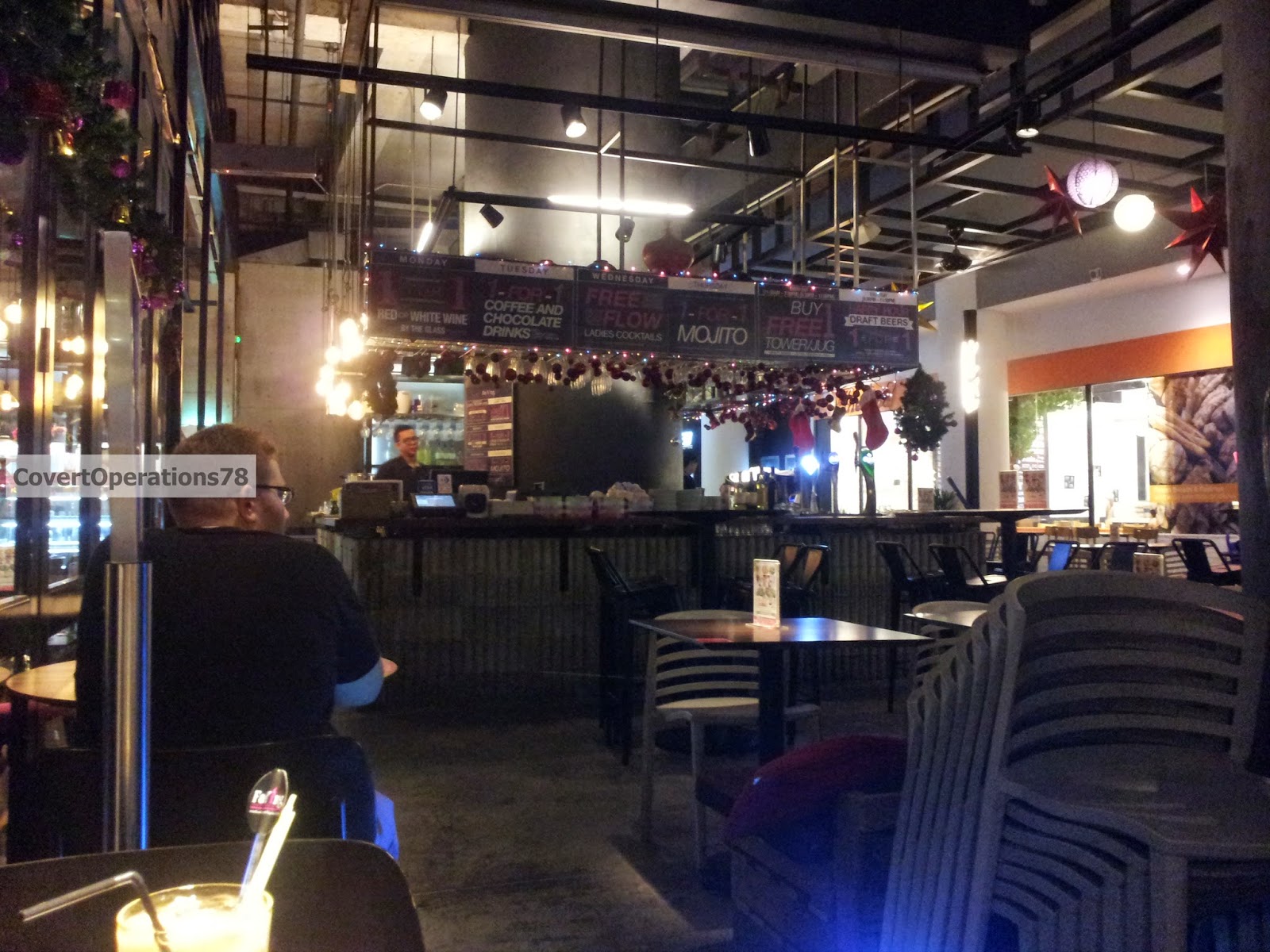 You can read my reviews in the embedded links below: 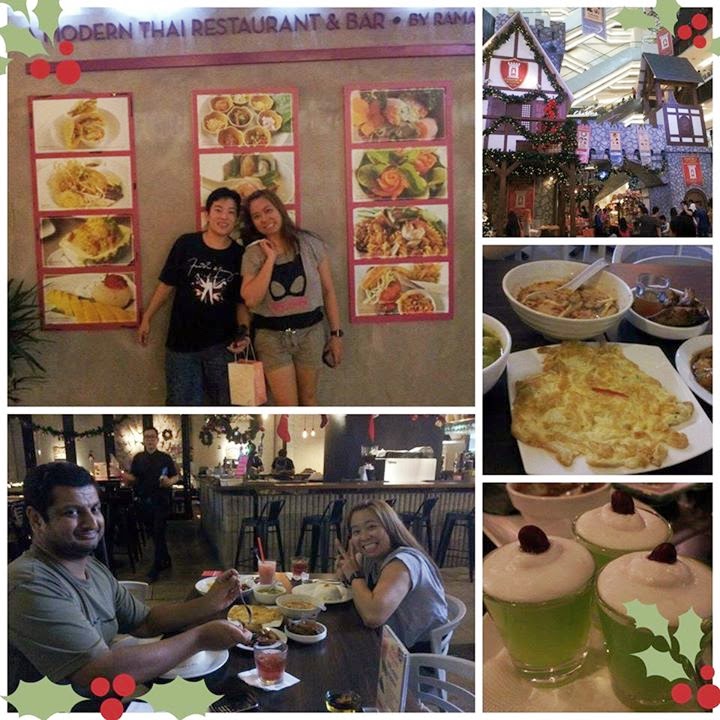 A Merry Thai Christmas in the Tropics!

Going to check on my new apartment and meeting up with the lawyer and bankers took me to new places. 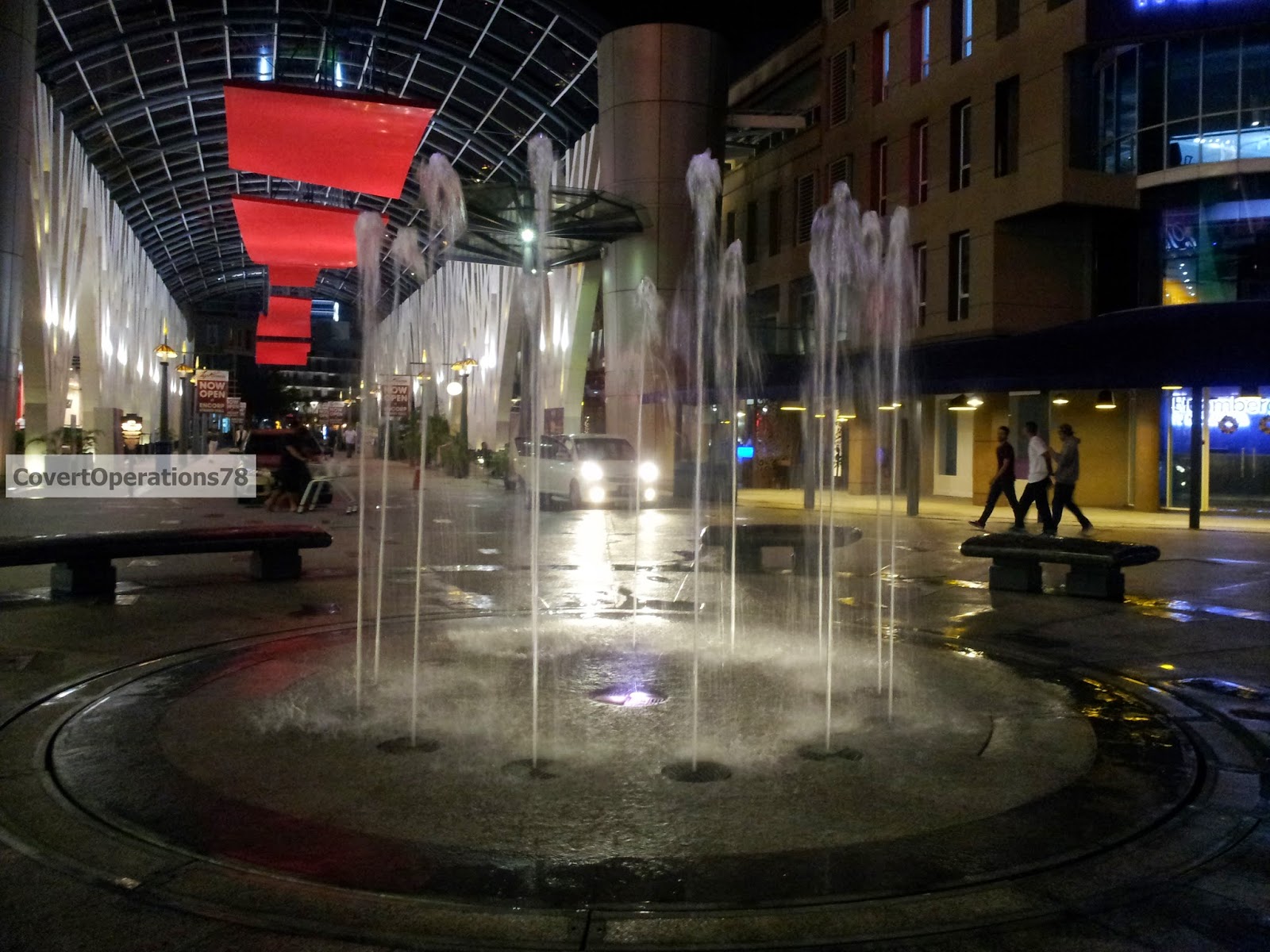 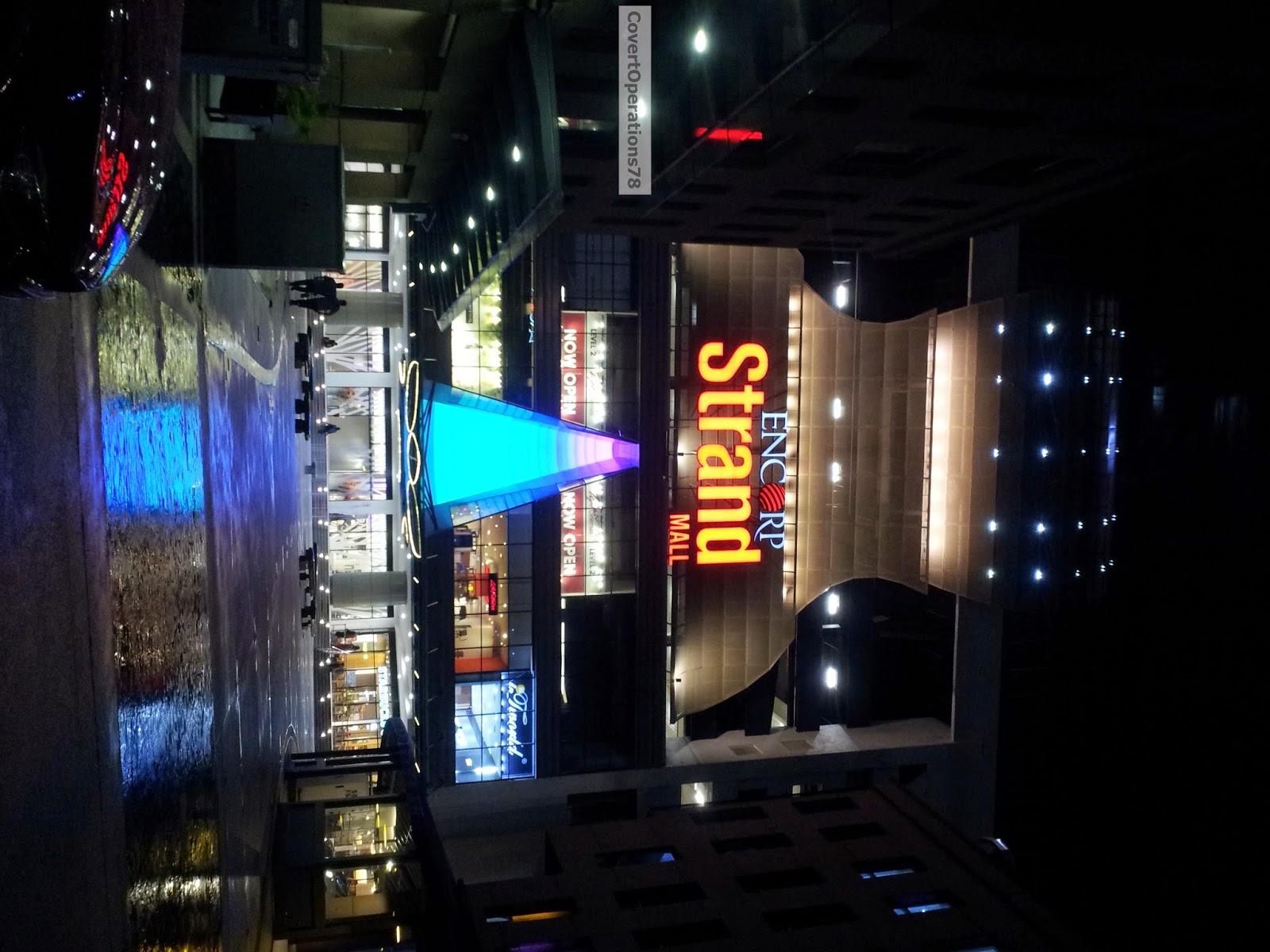 This little neighbourhood mall is within walking distance of my wee flat. It's pretty empty at the moment because it has just opened to the public a few months ago, and not all the shops are occupied yet. December also introduced me to many new restaurants that I have never previously set foot in, as you can tell from the food reviews. 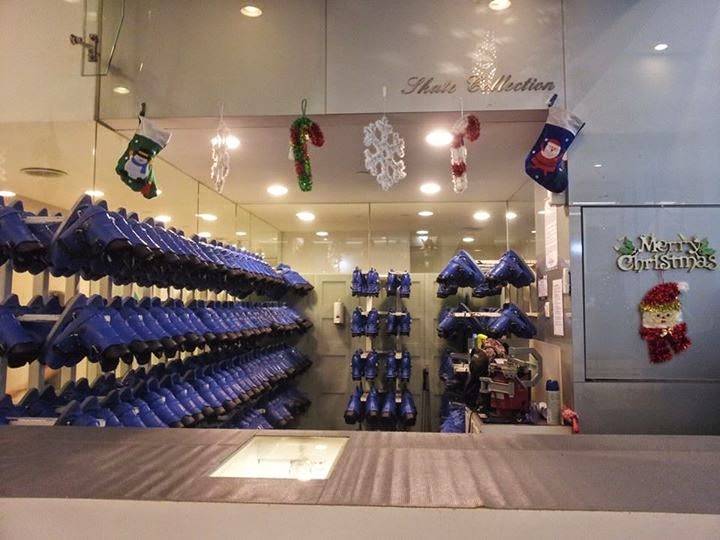 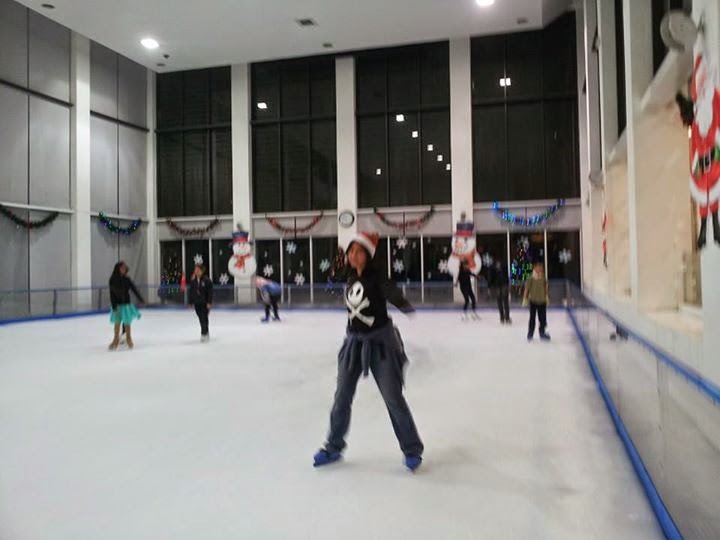 As a birthday treat for me, Serina and I also went ice-skating at the Royale Bintang Ice Rink, which I have been wanting to do for months. 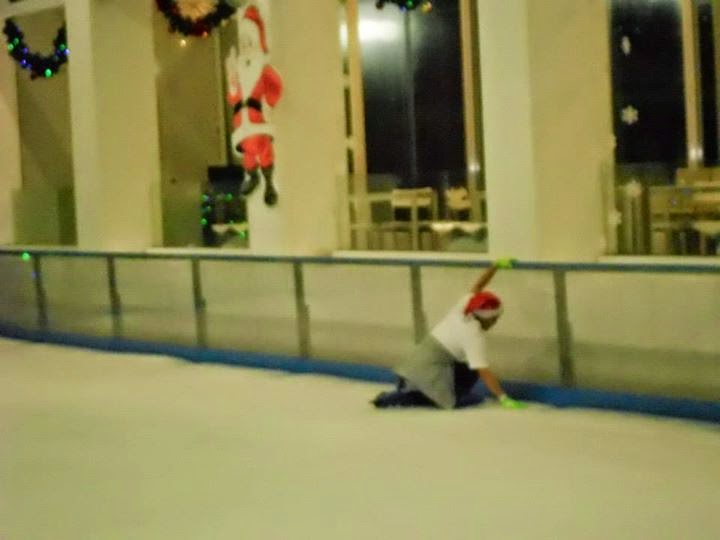 We had great fun, even if I did fall a couple of times. The rink here seems to be colder than the one in Sunway Pyramid, as it is in an enclosed space, not an open-air ice rink in a mall like Sunway's is.

I've been reading and learning so much at work, and outside of work, every day. My eyes are tired at the end of the day, so this means that I've been doing most of my 'reading' via audiobooks, which has worked remarkably well for me, as I am an auditory learner, and I absorb information better when I am active and when my hands are busy with housework or gardening, than when I am sitting down at a desk. 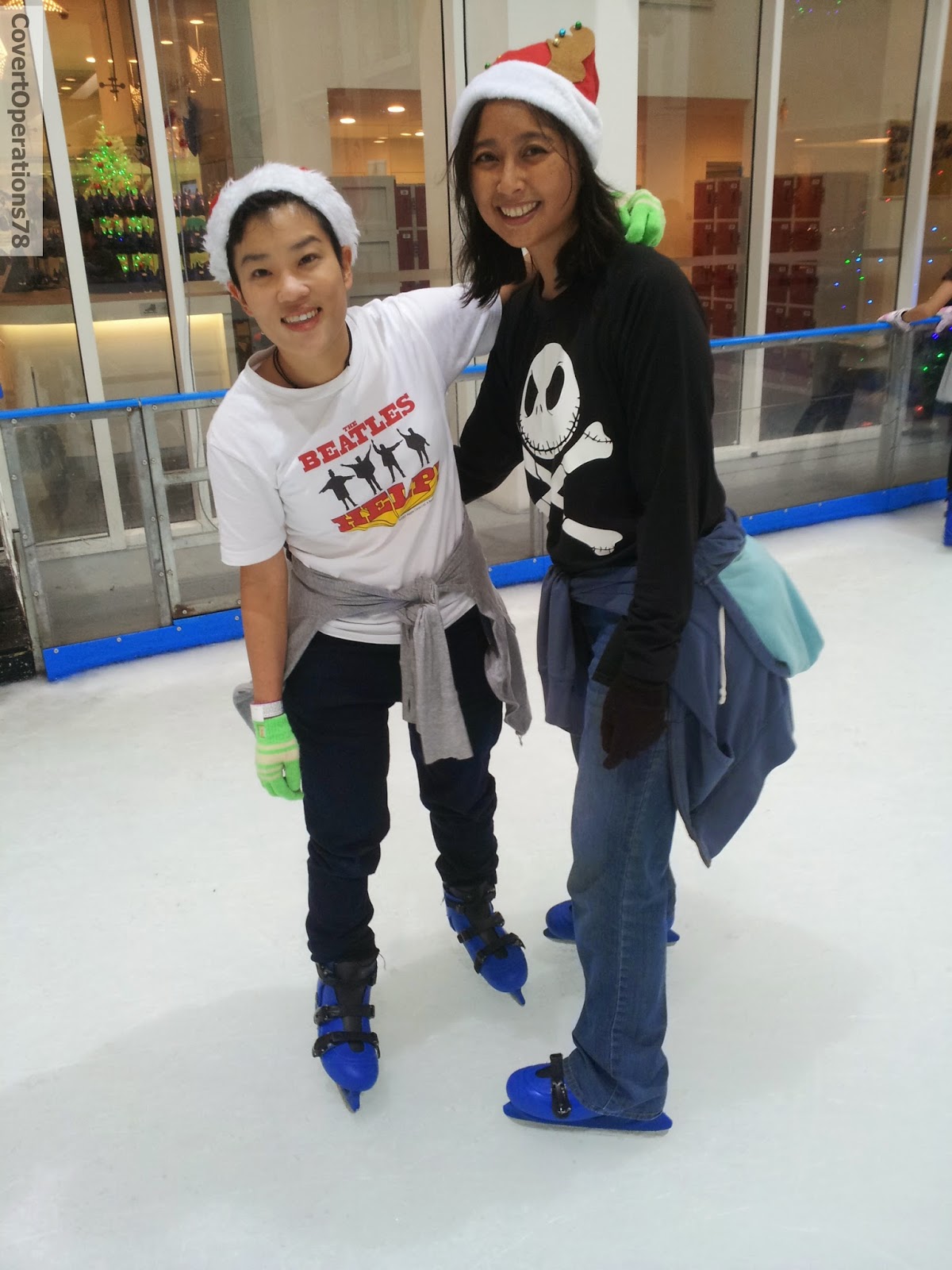 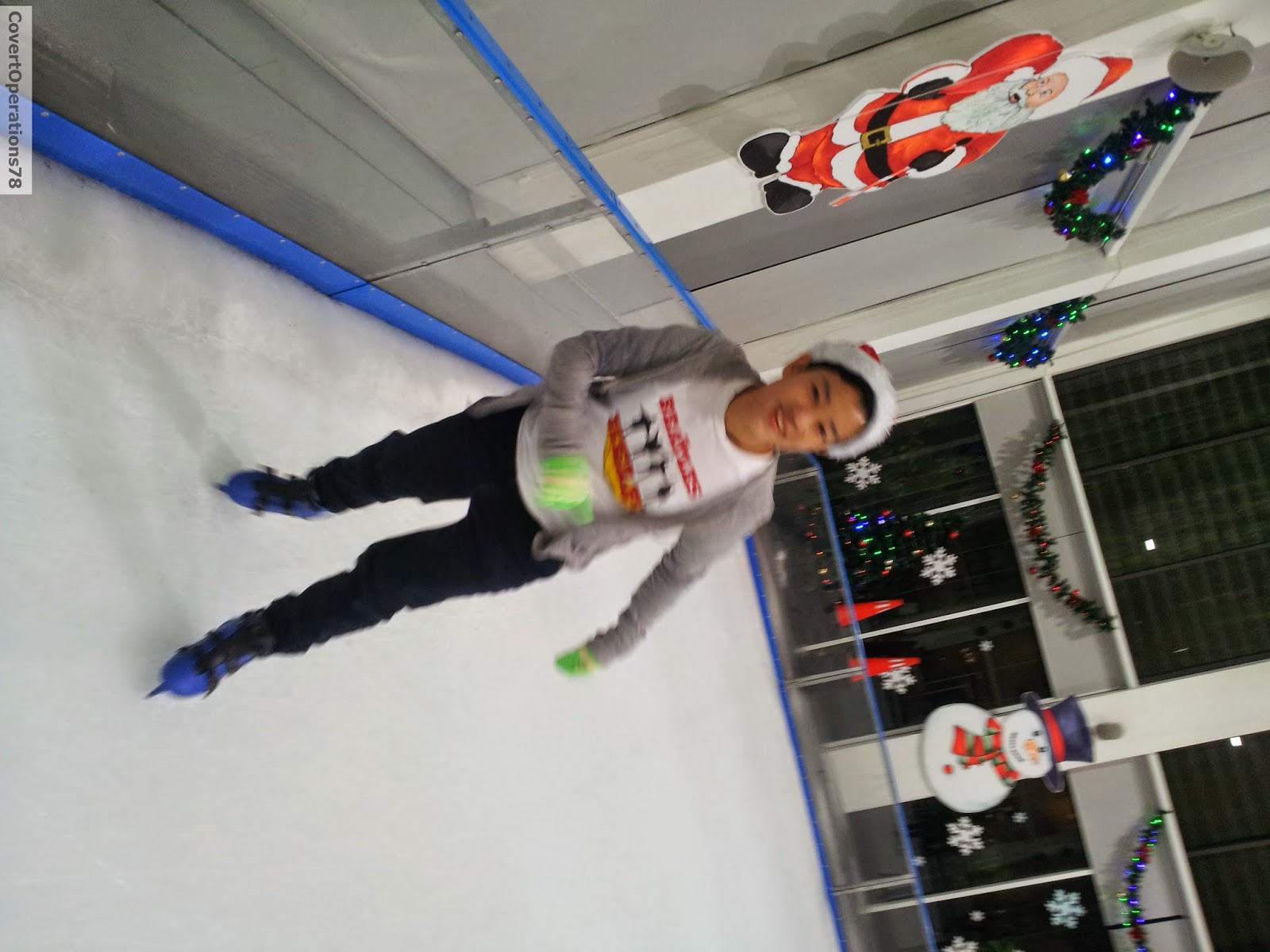 Going ice-skating with Serina has also been pretty educational for me. She is a better skater than I am and I have improved my technique thanks to her helpful pointers and tips. I have a funny gait and this is exacerbated when I skate. I go all knock-kneed and my feet turn inwards, which puts undue pressure on the inward-facing muscles. With Serina's help, I improved my skating posture and balance, and thus stamina.

With both the Lunar New Year and Moving Day approaching, I have been decluttering and purging every box, bag and cupboard, both in the bachelor pad and in the parental home. Things were a bit slow the 2nd and 3rd weeks of December, but by the 4th week, I managed to purge over 100 items in just one spring cleaning session. I believe that in future, hardcopy name cards, greeting cards, address books and diaries will be obsolete. In any event, nobody needs 5 wall calendars or 6 diaries for the new year. I'm putting most of them to use or giving them away to schoolchildren to use as scribble pads.

In December, I started trying to stop putting myself and my own needs last. I have a tendency to overschedule myself with a million things I need to do for everyone else, and leave my own needs last. I am trying to let less important things slide, and stop being so hypervigilant over all external obligations. I am trying not to feel guilty about wanting to rest or sleep or treat myself. It's still a work in progress, just as I am.

I submitted two letters to the Editor in December, the first on the Forest City Development Project (which was published in Malaysiakini) and the second on animal rescue initiatives, which hasn't been published yet.

What a crazy month it has been.
Posted by ~CovertOperations78~ at 23:29