"Indoors or out, no one relaxes in March, that month of wind and taxes, the wind will presently disappear, the taxes last us all the year."
~Ogden Nash 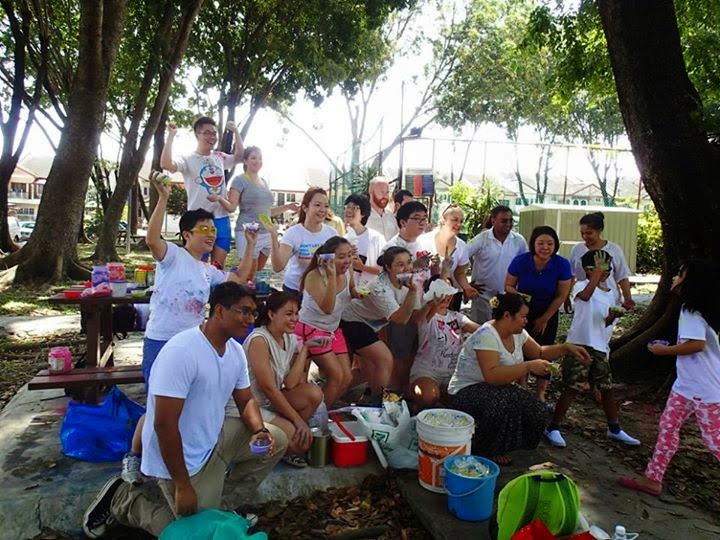 Throwing our own Holi Party is quite possibly the best thing I've done this year so far. It also introduced some new friends to me, including Jasvin, Delesh, Gwen and Eduardo, who are now my friends on Facebook. 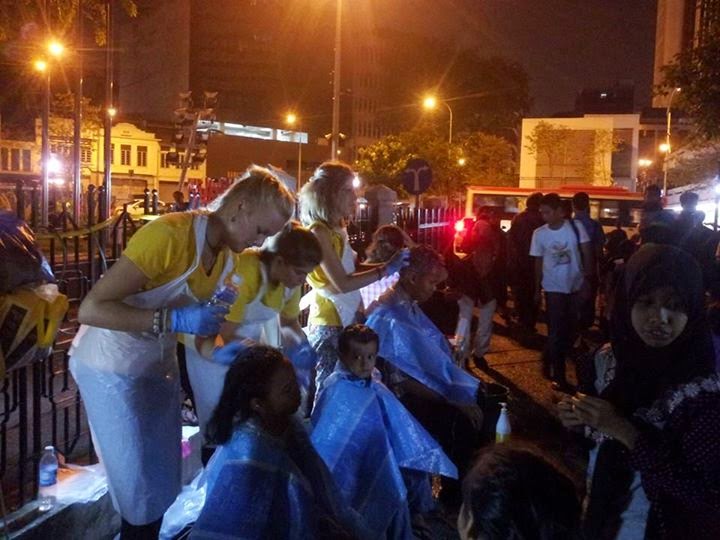 In March, I started volunteering with Yellow House KL (my friend Shyam's volunteer hostel)'s Homeless Hairwash project, which takes place every Thursday night. Many of the clients are not homeless but fall into the category of urban poor. The homeless and urban poor come every Thursday night for a balanced meal and a free open air movie and haircuts and hairwashes. I don't know how to give haircuts, so I helped with translating for the non-Malay-speaking volunteers, cleaning up and feeding the stray cats in the area instead. I love the warmth and sincerity with which the Yellow House volunteers interact with their clients. 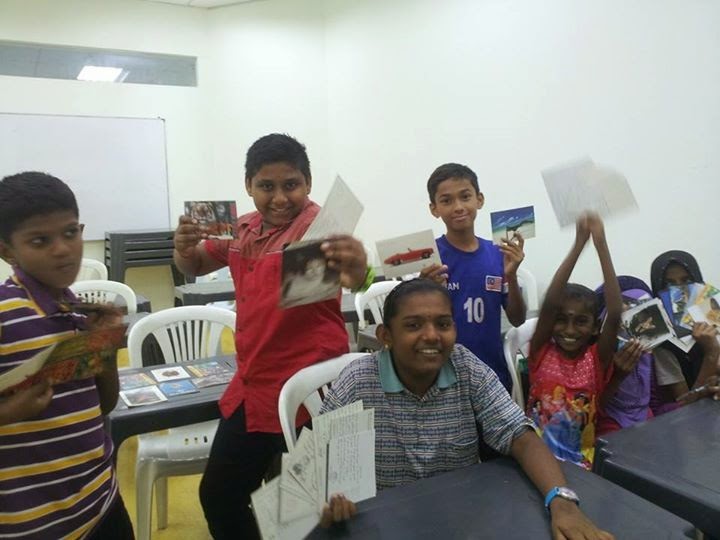 Yellow House KL also has an e-volunteering programme in which volunteers can send postcards to children in rural hospitals and juvenile correctional facilities. I had helped them draft the guidelines last year. In March, I commenced getting the children I tutor at the Beacon of Hope community learning centre to write postcards to the children in hospital. It is a good way to get the children to practice their writing skills and help them develop empathy for others. The children were very enthusiastic and could not stop at 2 postcards each. One of them filled in 12 postcards in less than an hour. 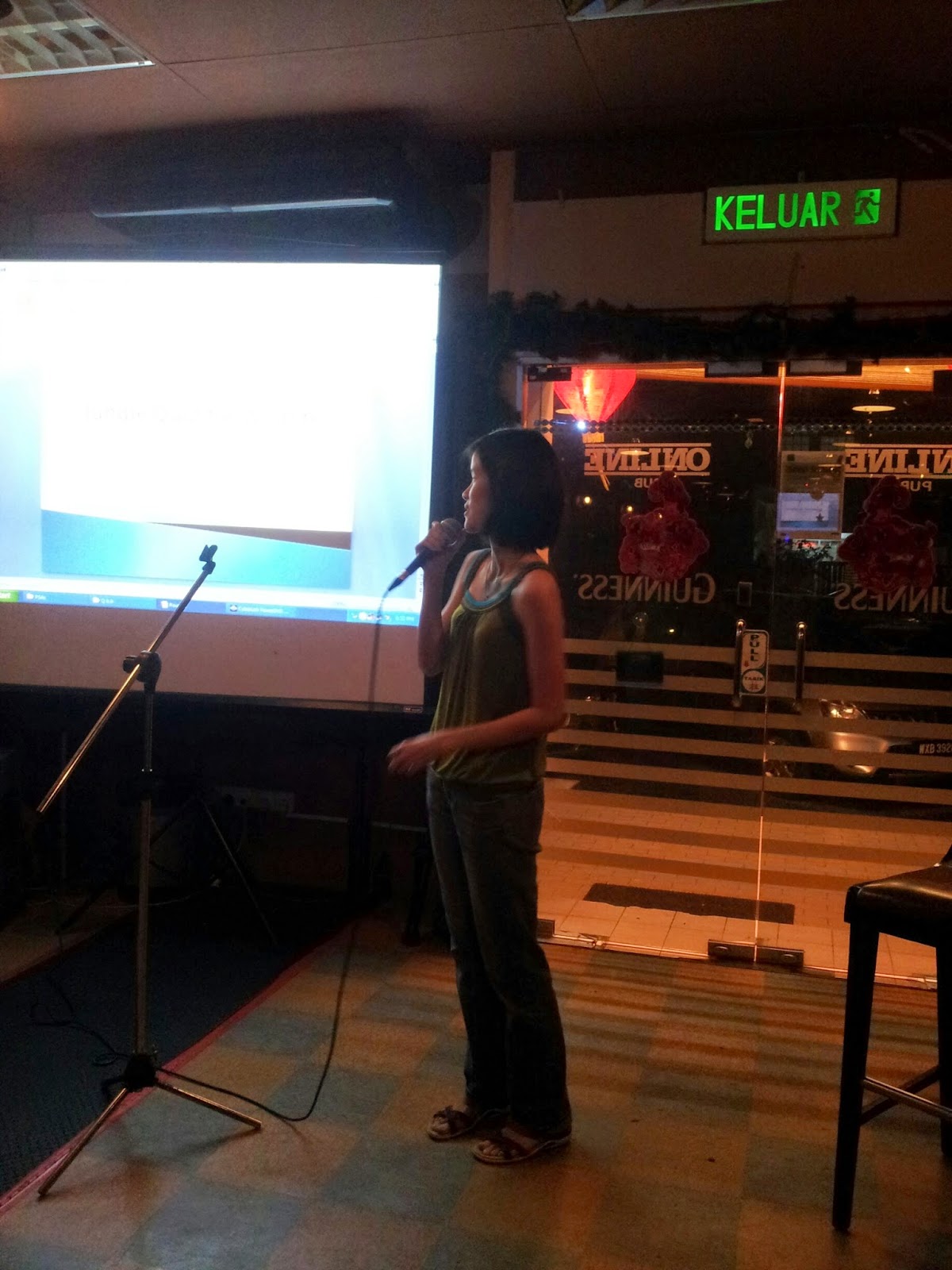 On the weekend after Raptor Watch, I assisted my friend May in organising a pub quiz to raise funds for MYCAT. Although this does not technically count as helping a stranger as I had volunteered for MYCAT before, conducting a fundraiser via a pub quiz is new to me. Also, I sponsored two rounds of beer for the winners of the first and second rounds of the quiz. It went reasonably well and we raised several hundred ringgit for MYCAT's tiger conservation work. 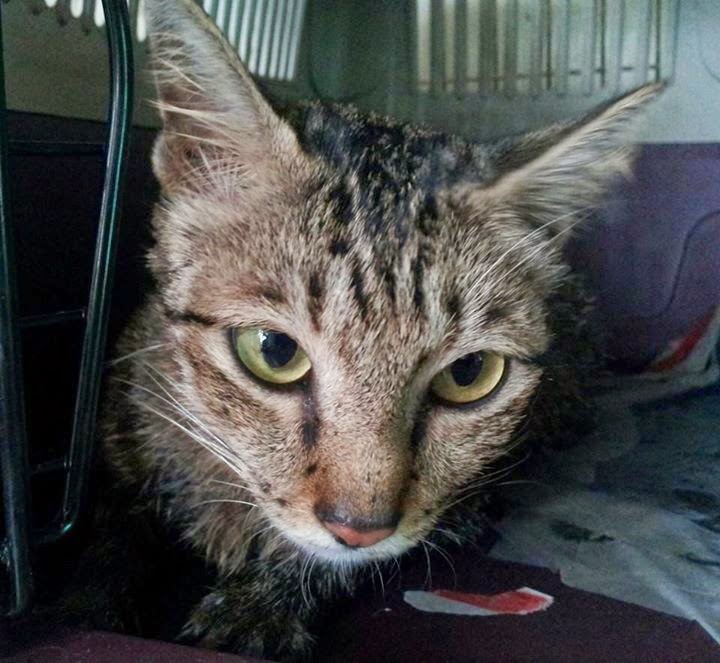 Project Second Chance managed to get 1 adult cat spayed/neutered this month (I have named her Blossom) ...

... and 2 kittens with flu picked up off the streets and taken to the vet for treatment. Sadly, one of the kittens succumbed to the virus. The ginger kitten survived and is now up for adoption at the SPCA, under Kak Mazni's care.

I had to go to Penang for work in early March and ended up eating at some places new to me. 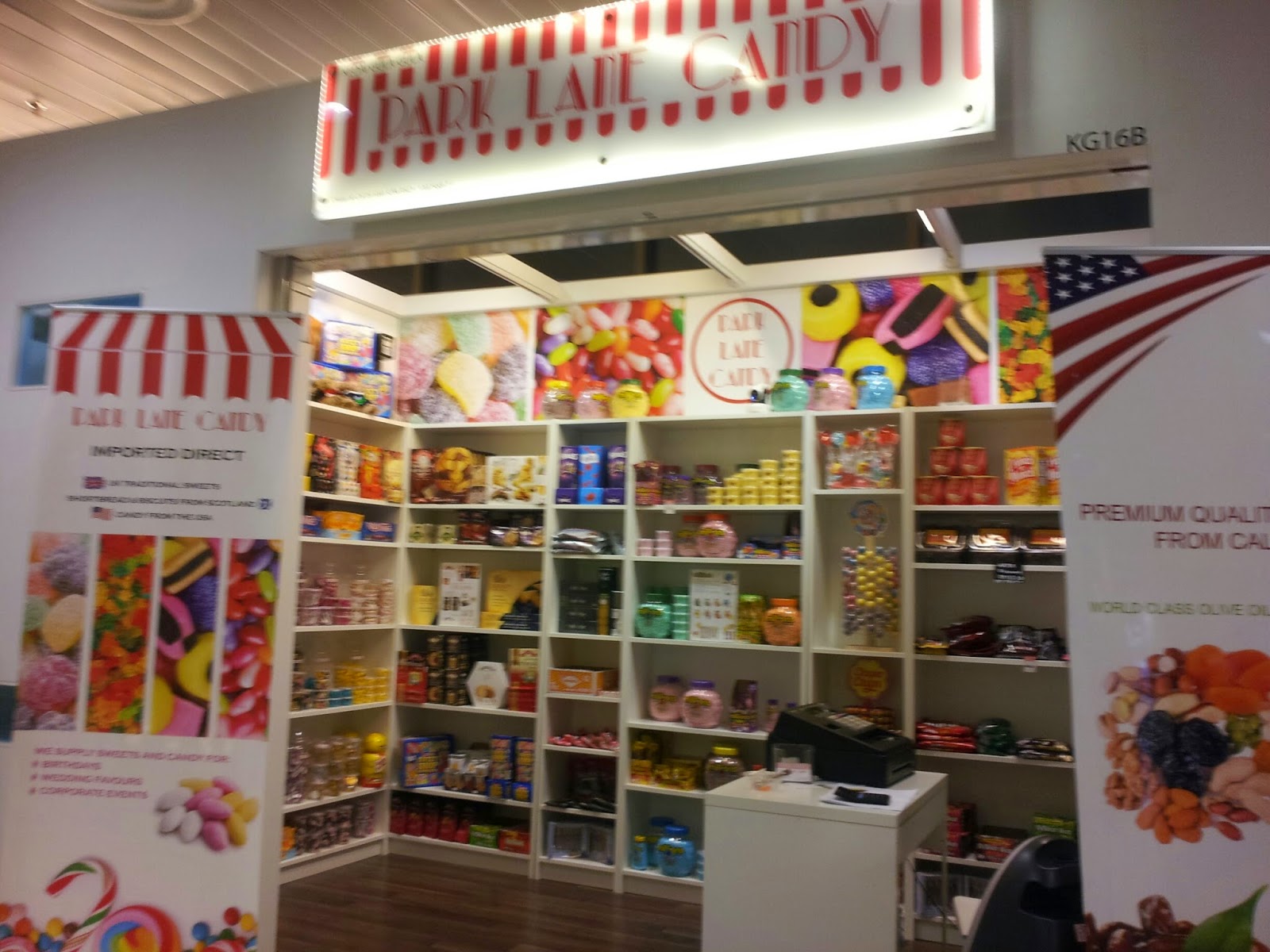 I bought Scottish fudge from this adorable sweet shop in Subang Airport before departing on my flight to Penang... 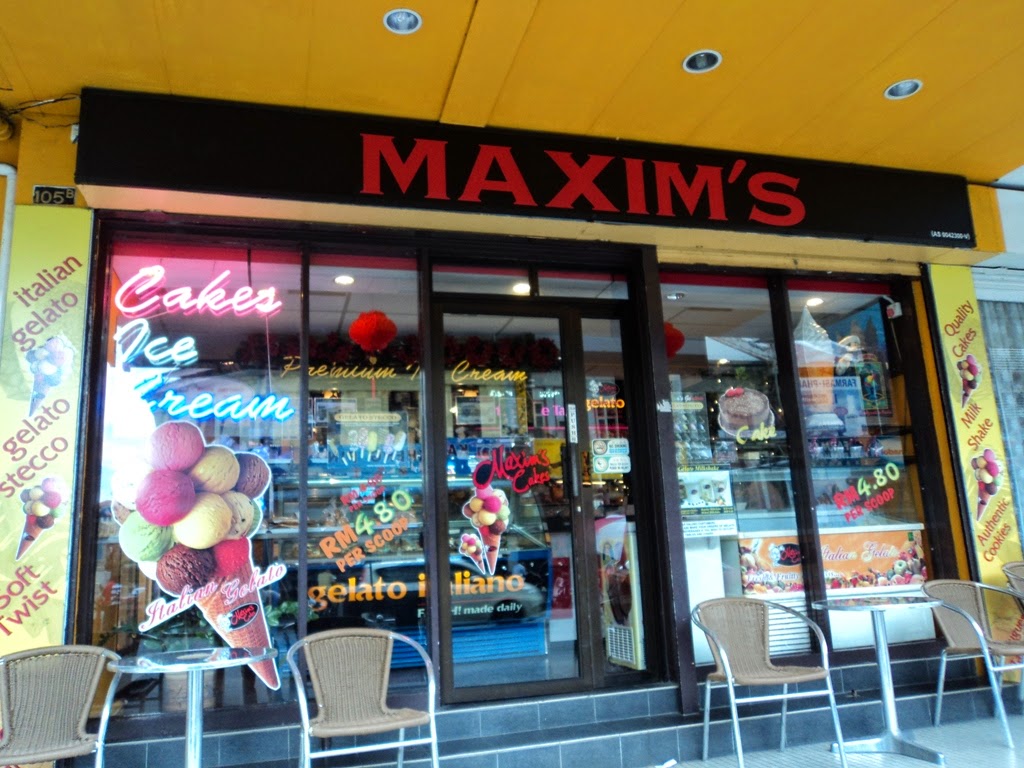 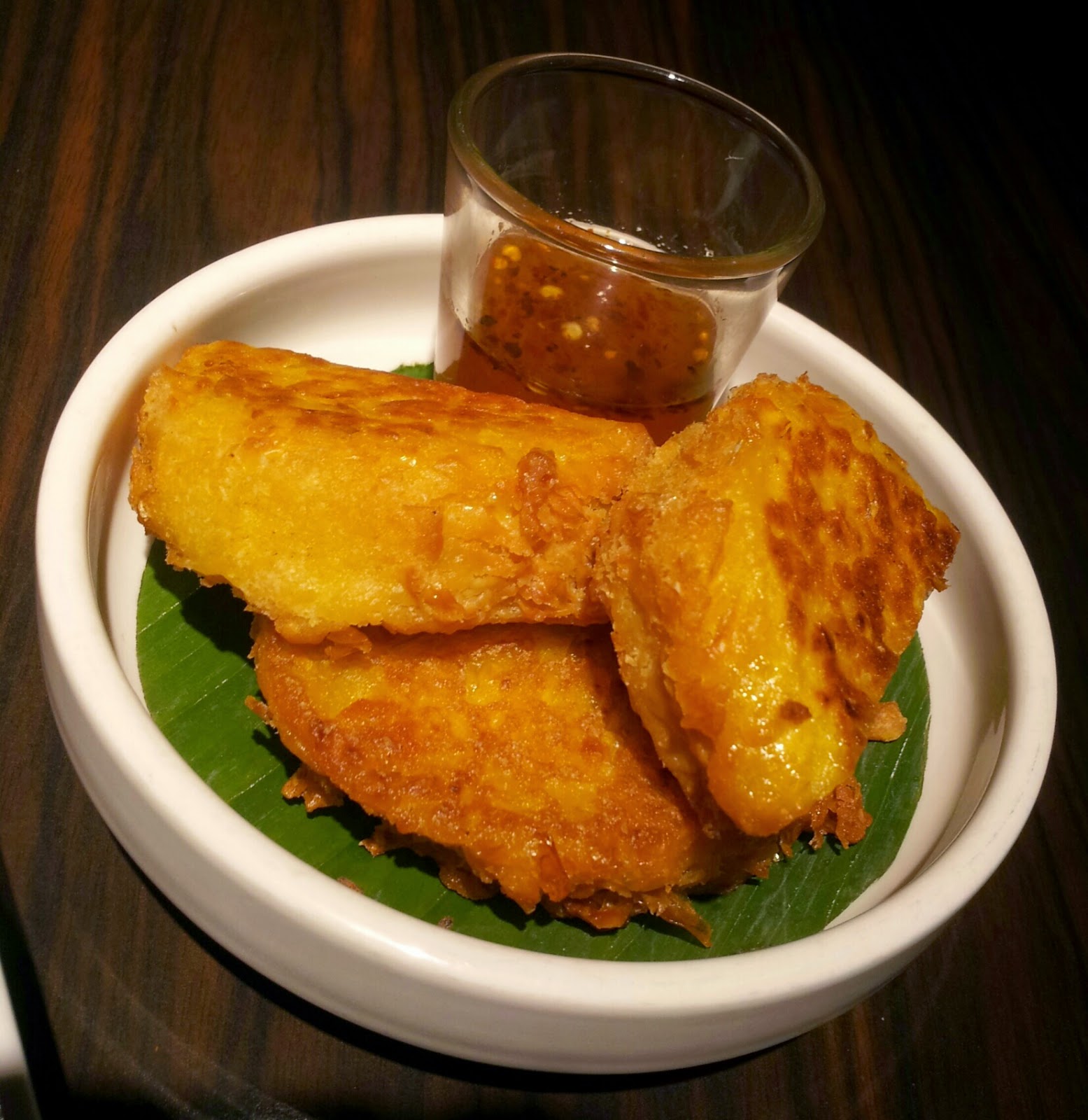 Corn cakes with a sweet chili sauce for dipping. 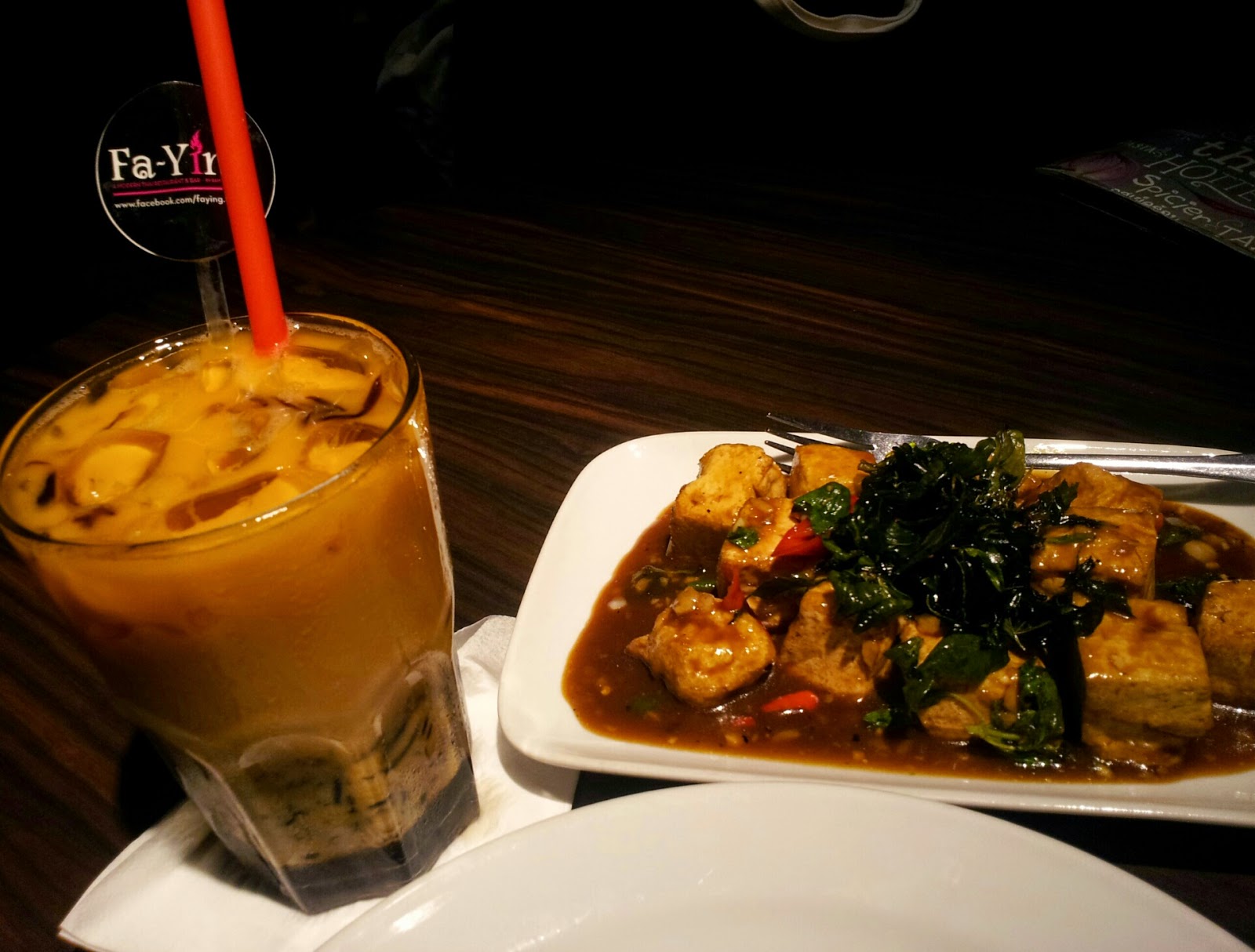 Thai-style eggplant and basil, with a plate of steamed white rice and a glass of iced coffee.

While I normally have the Green Curry vegetarian set meal in Fa-Ying, Paradigm Mall, sometime in March, I tried their corn cakes and an eggplant and basil dish. Pretty good, but I still prefer their green curry set. 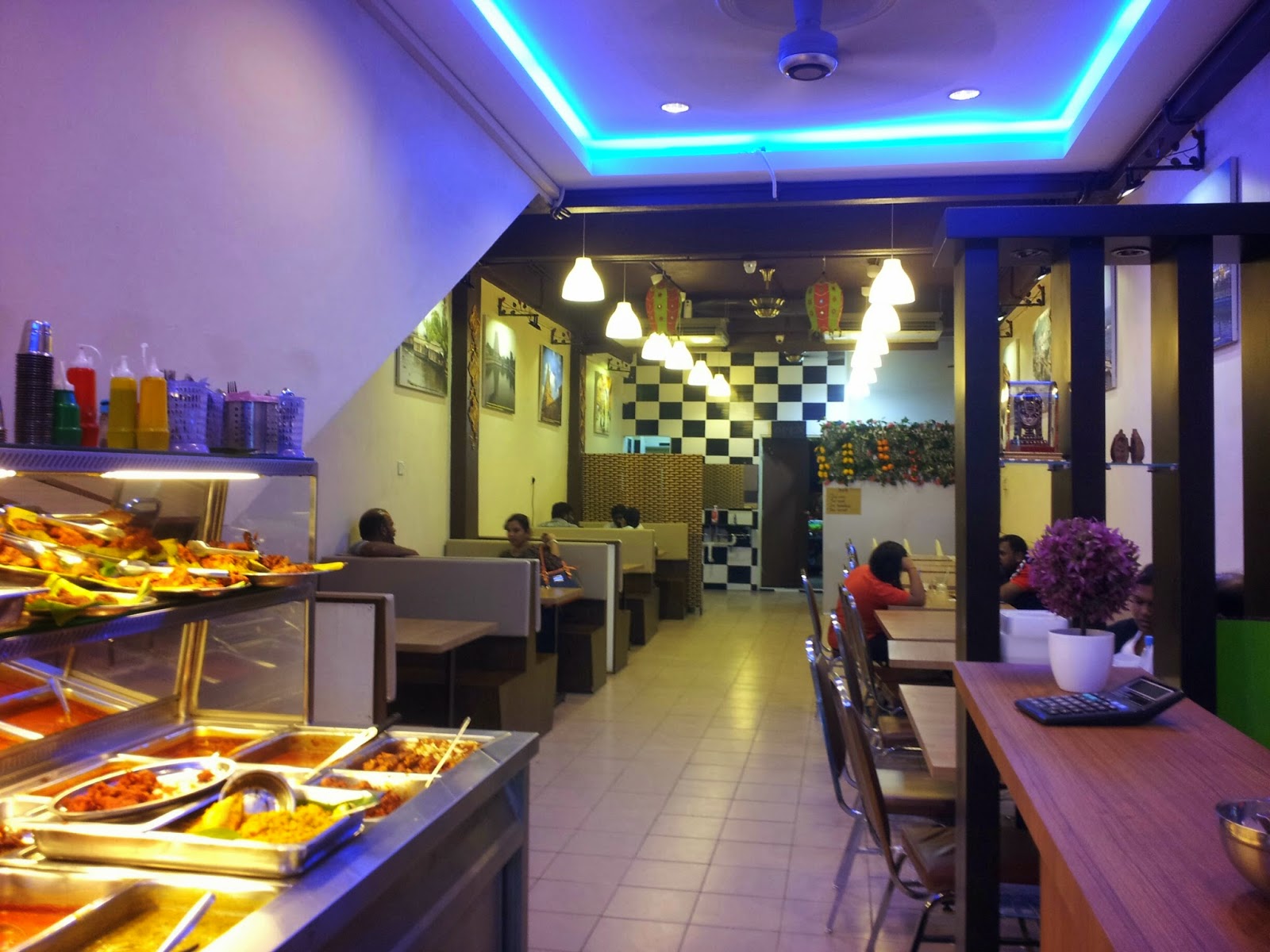 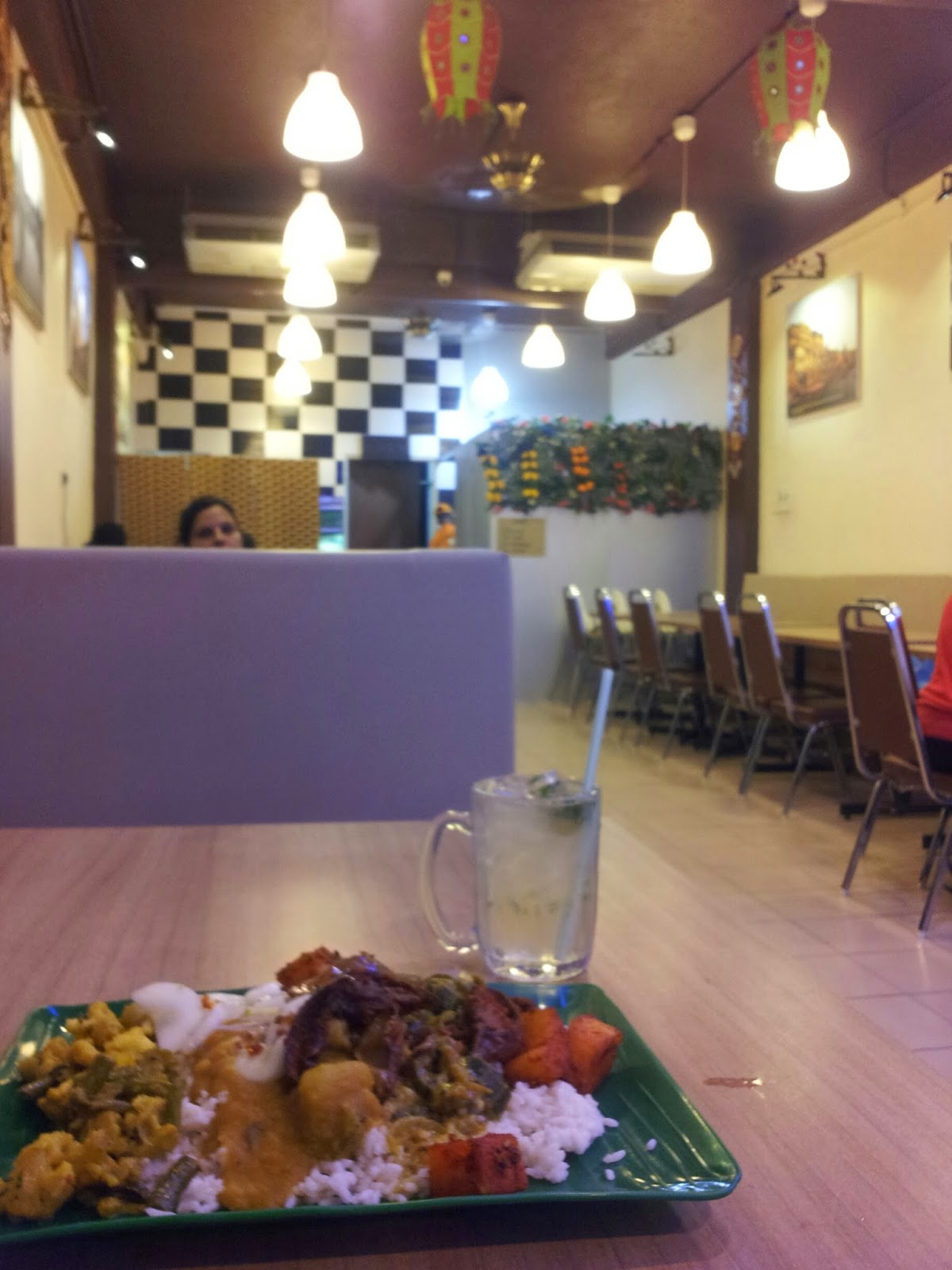 I also checked out 'Taste of Chennai', a relatively new restaurant in Rawang. The food is pretty fantastic. You'd think I'd be pretty blase about South Indian food by now since I eat it almost every day, but seriously the food in this place is exceptional. Service is good, the staff is friendly and the prices are reasonable.

I'm trying to reduce the amount of packaged products and processed food I purchase, but in March I went shopping in Daiso when hungry and gave in and bought a packet of 'yokan', a sweet made of bean paste and agar-agar, which is traditionally eaten with green tea.
(Credit for this image: https://www.cloudhax.com/article/details/717/5-Must-try-Meals-at-Daiso) 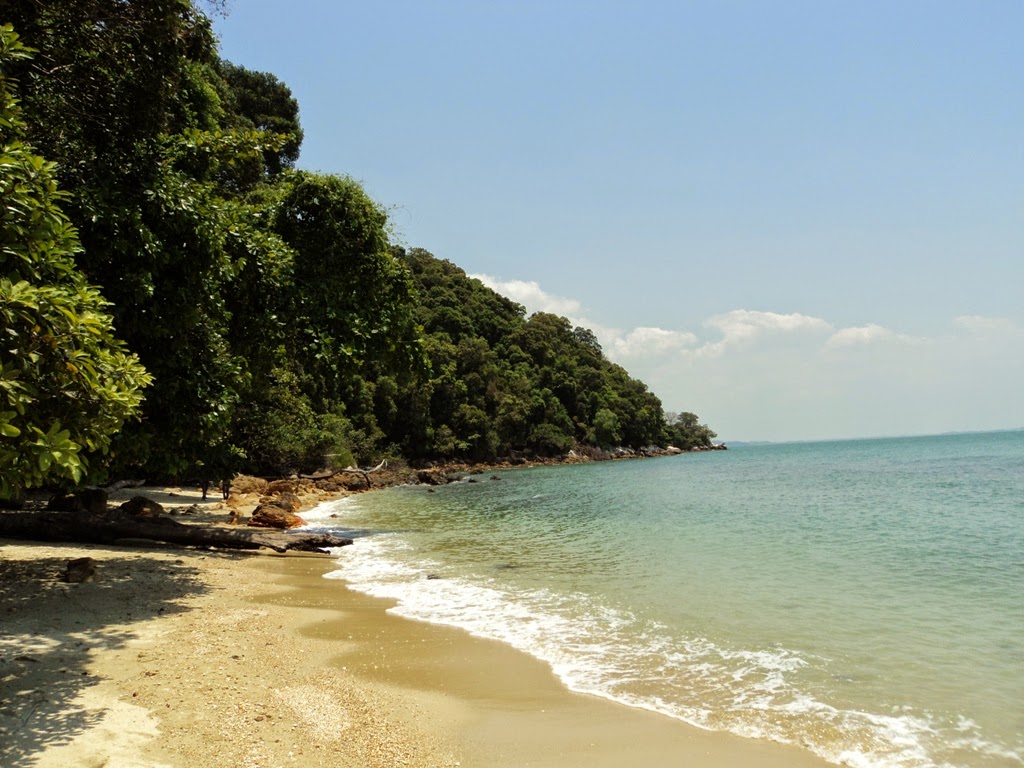 During Raptor Watch this year, I had the opportunity to explore the beach on the other side of the Tanjung Tuan forest reserve. 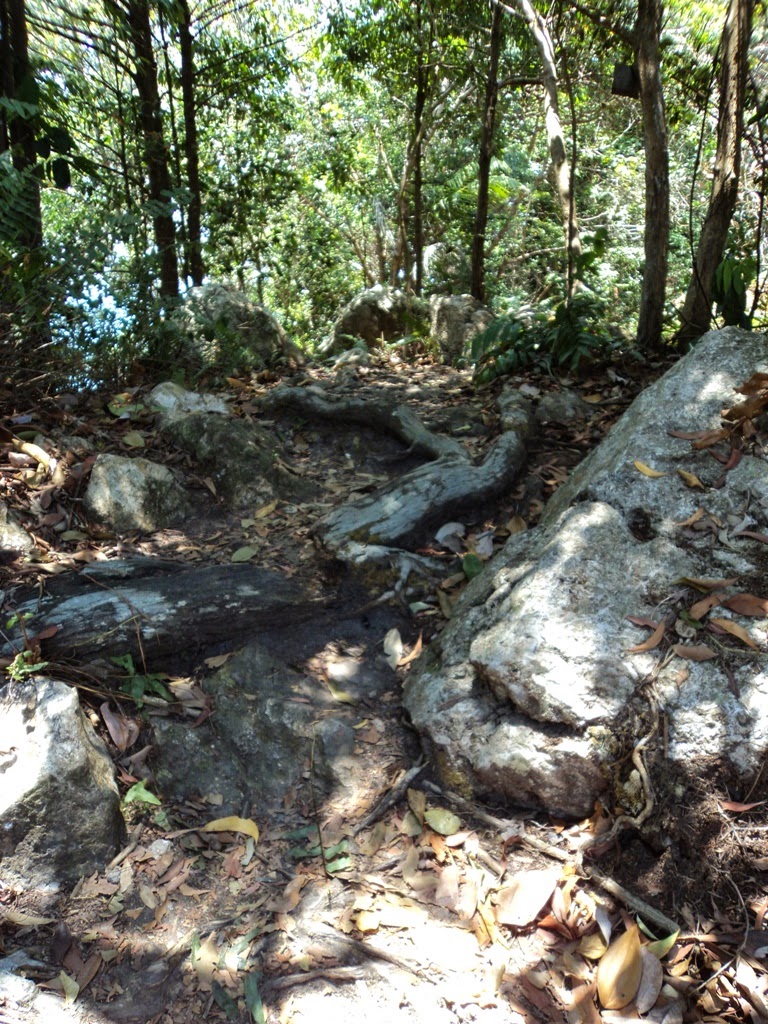 Perhaps next year I will return with a cleanup crew to clean up the trail and beach. 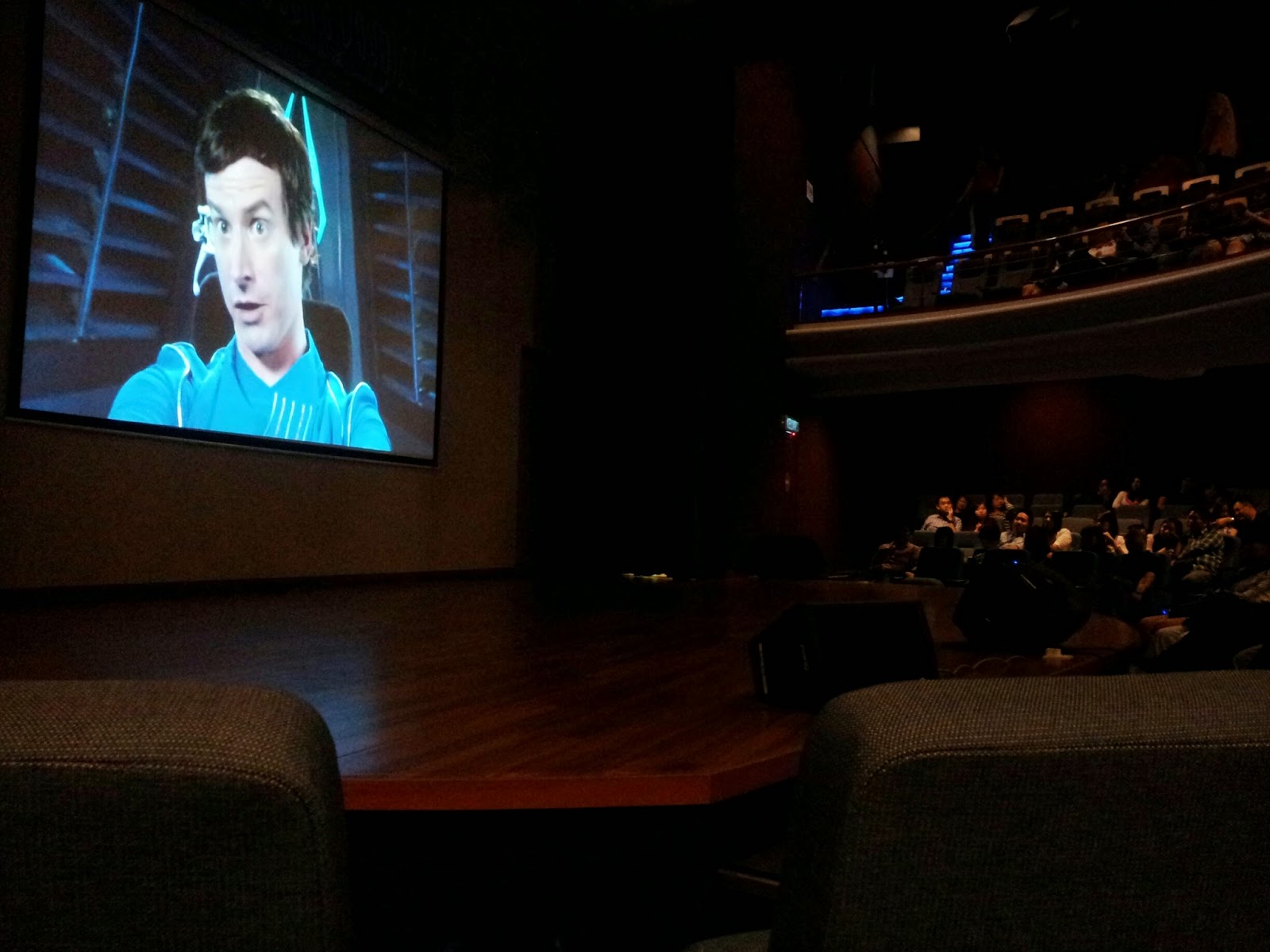 Aravind bought tickets to a comedy show (one of our favourite ways to unwind) and so we went to the Gardens Live Art Centre for the first time to watch the show. It was brilliant, by the way. Douglas Lim is a howl. The rest of the comedians are pretty good as well but Douglas is an absolute scream.

In March, I flew to Penang for the first time (I usually travel by bus or car) and stayed at the Cititel Hotel. 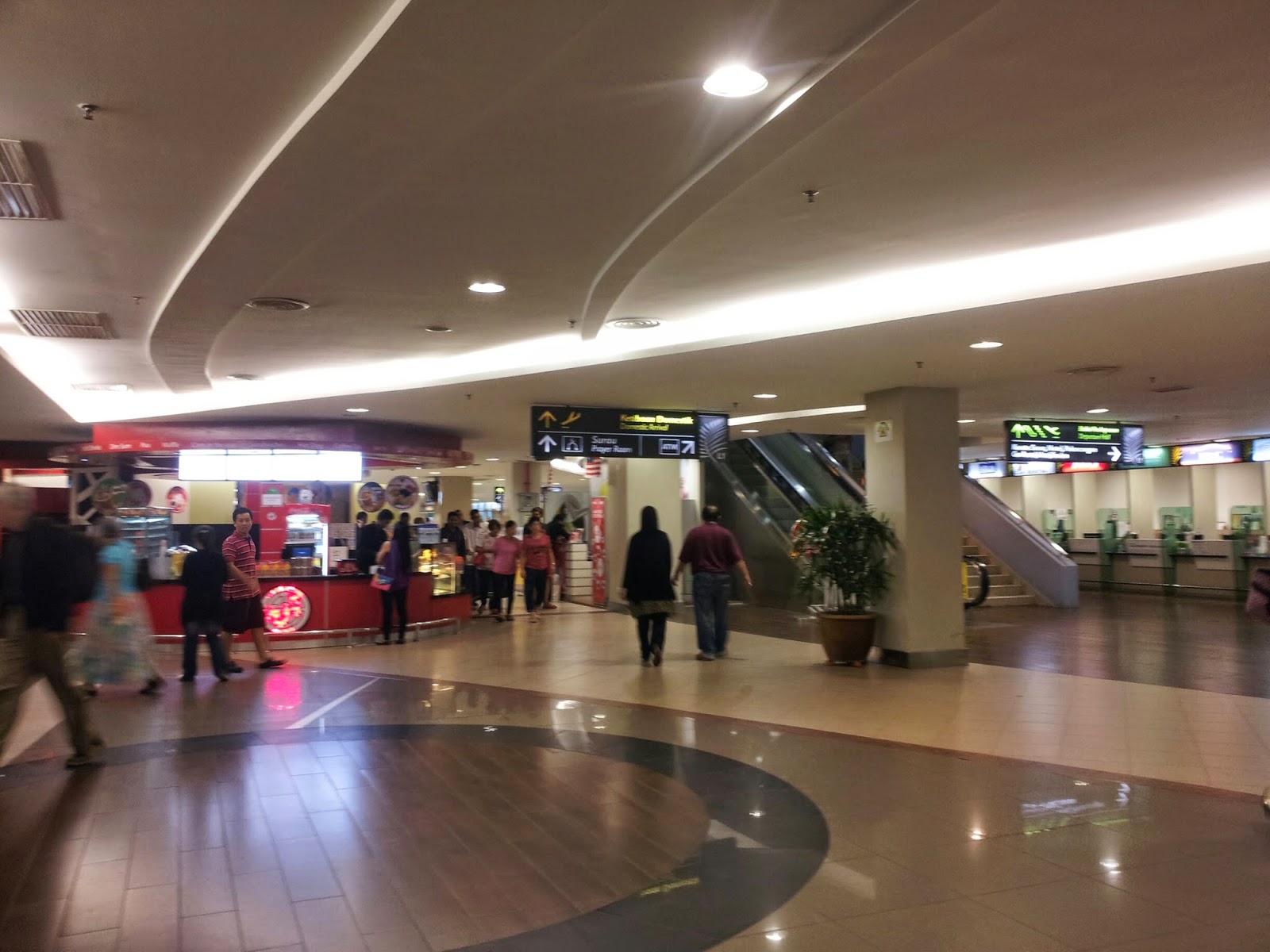 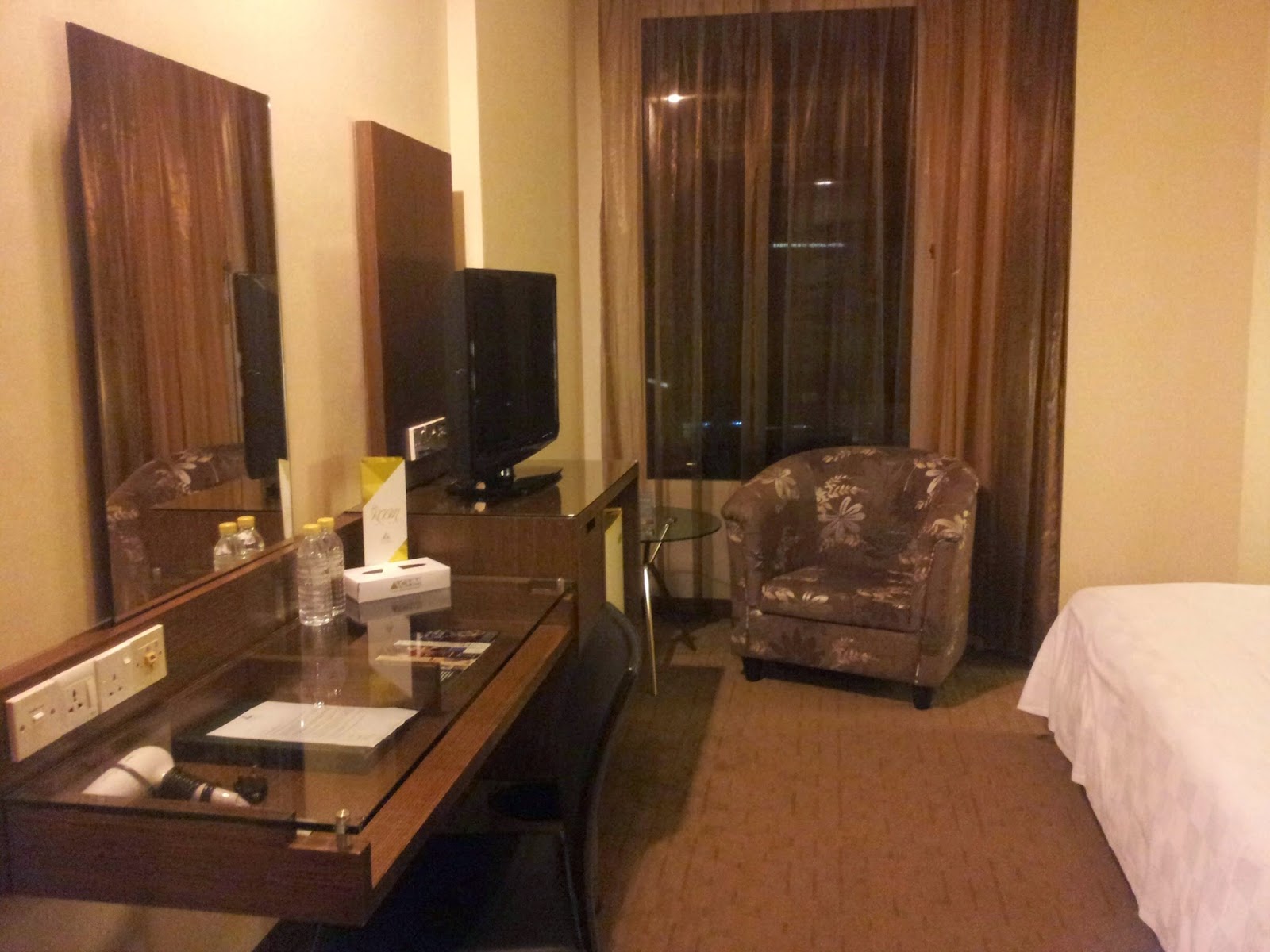 My room in Cititel Hotel. 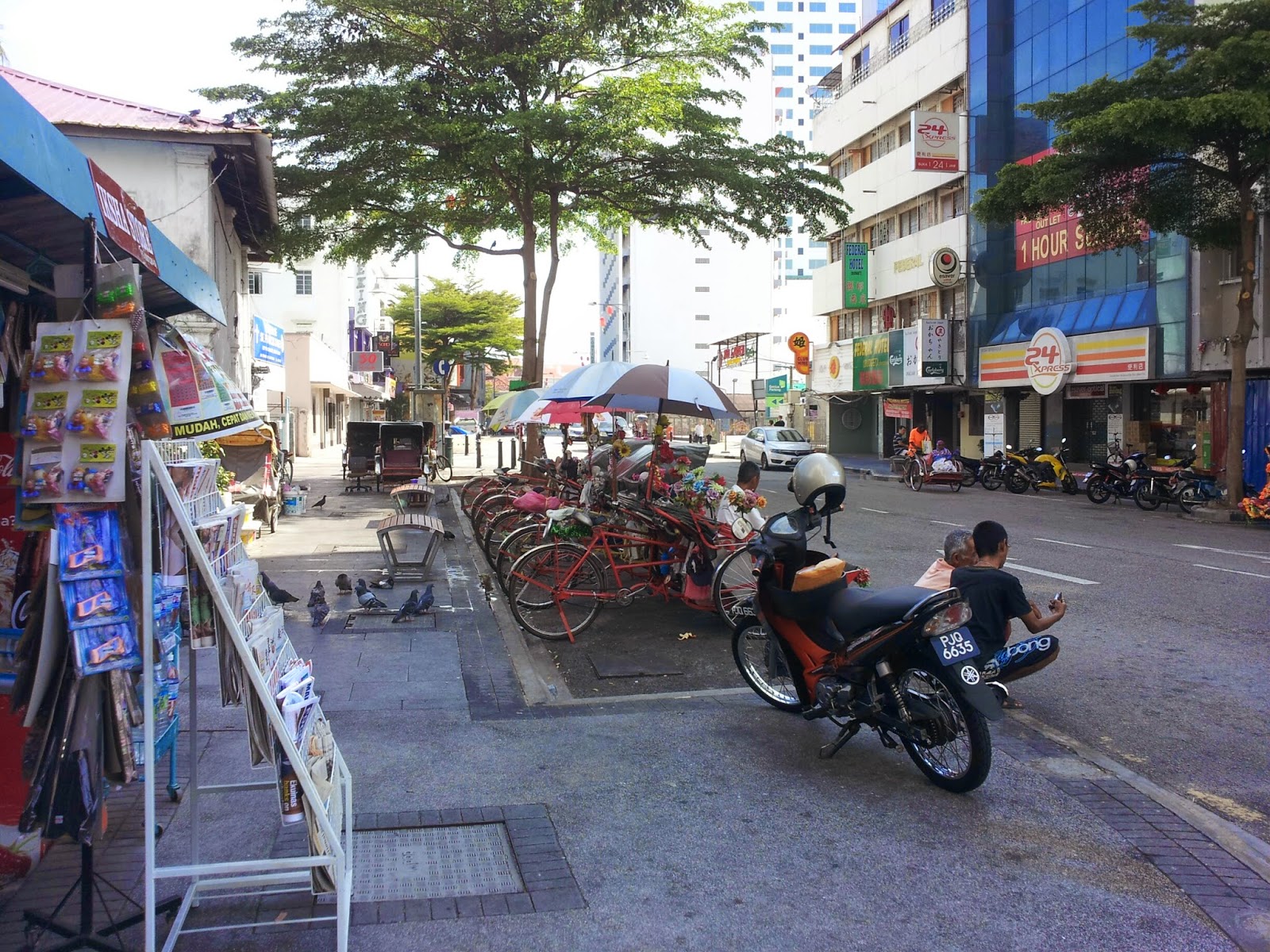 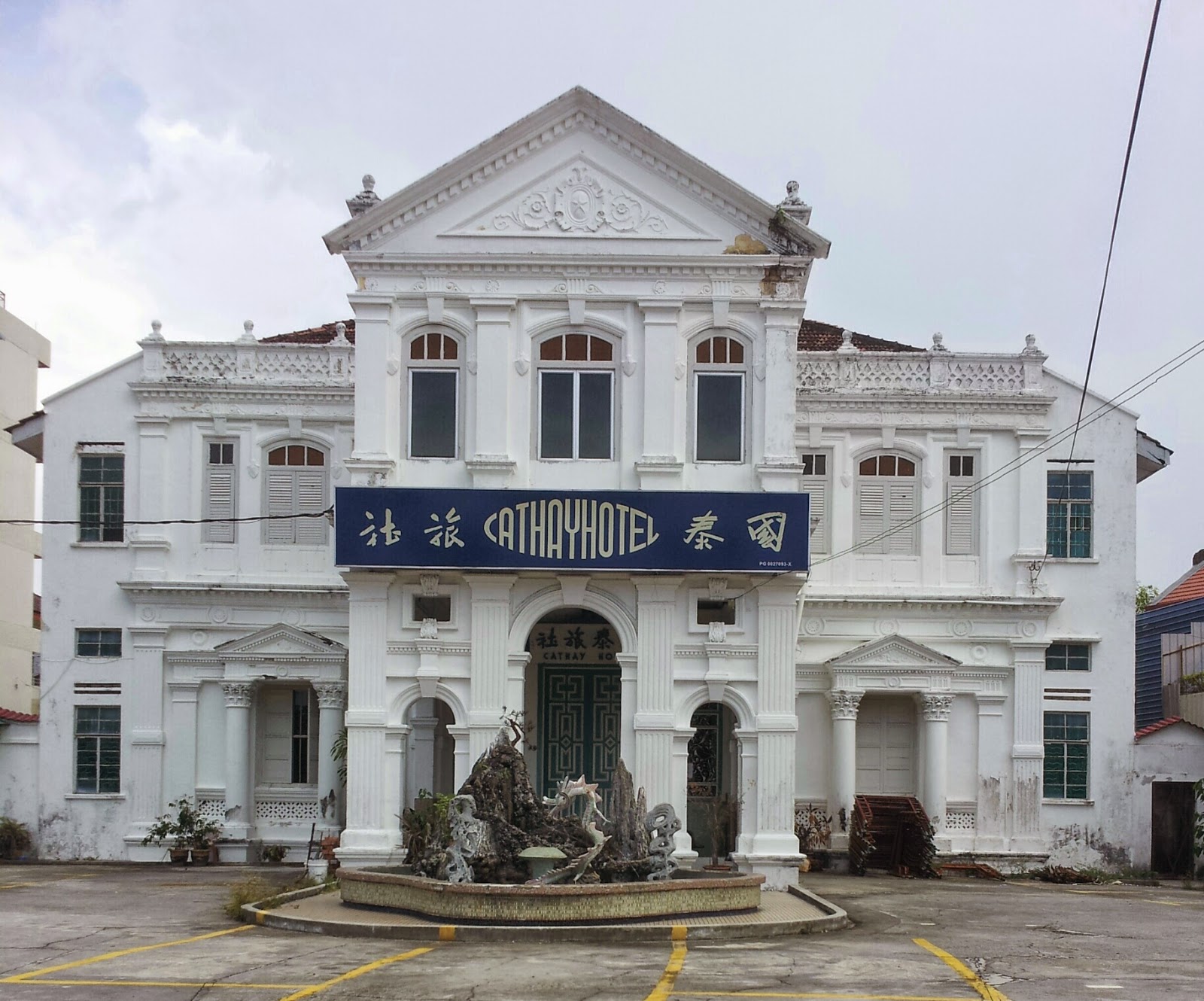 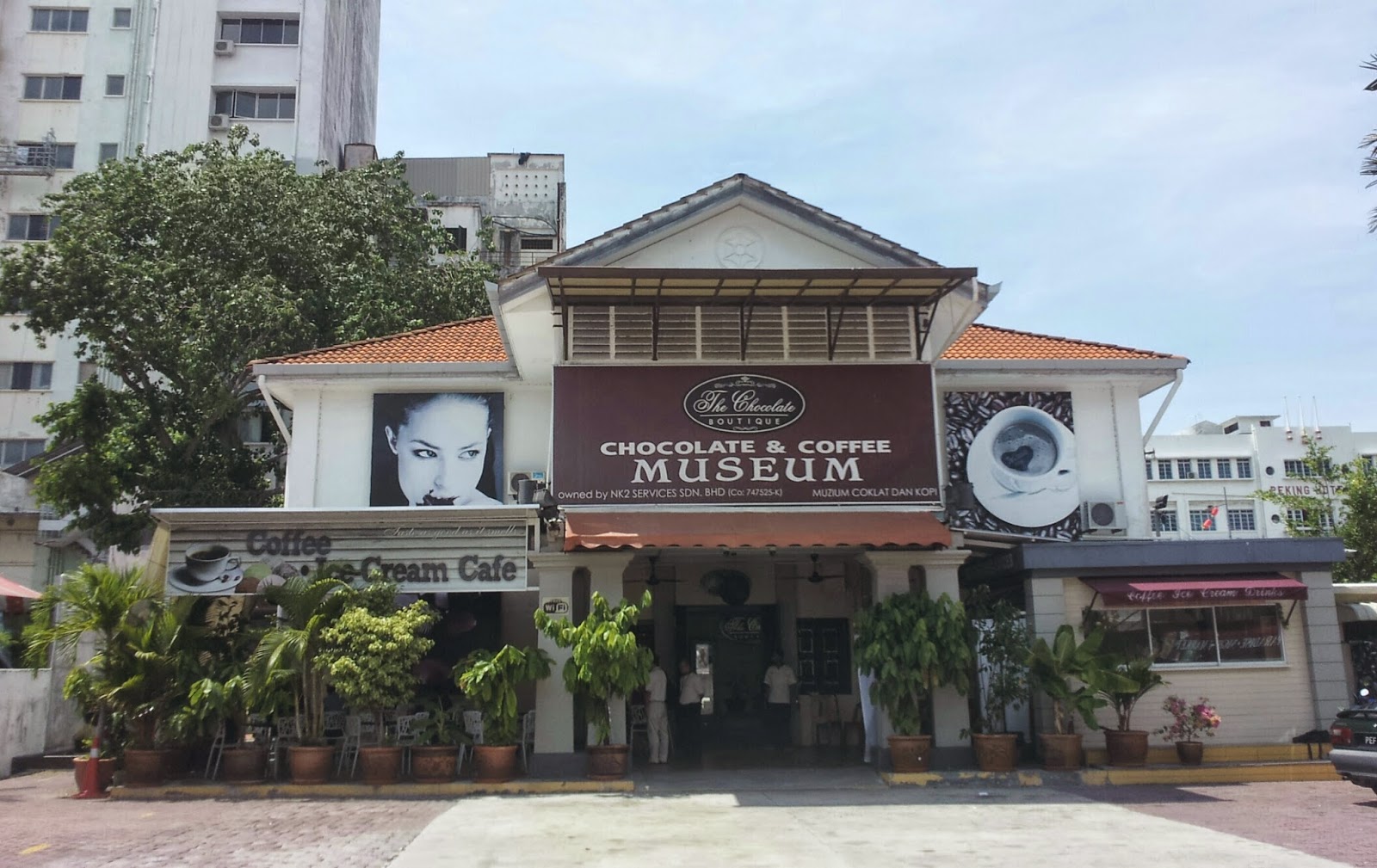 Since my court matter was called off, I explored George Town on foot and visited the Cheong Fatt Tze Mansion, Chocolate Museum and E&O Hotel, all within walking distance of my hotel. 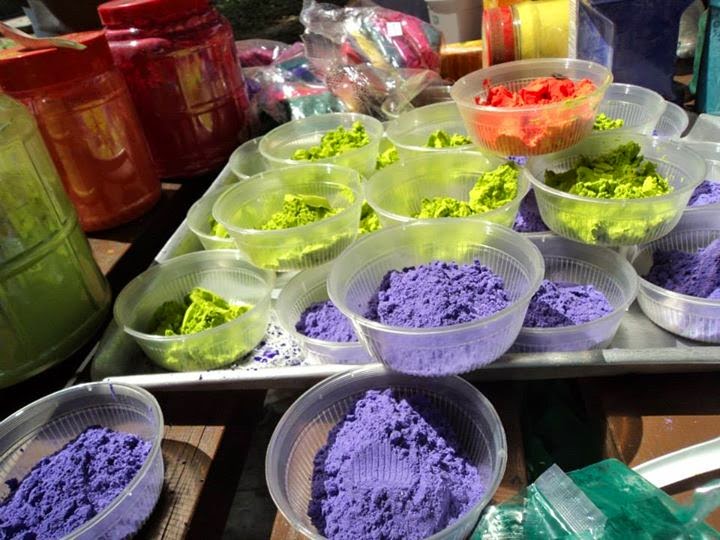 In preparing for our Holi Party, I learned how to make food-grade Holi powder using flour, water and food colouring. It was a success, and I plan to make more next year. 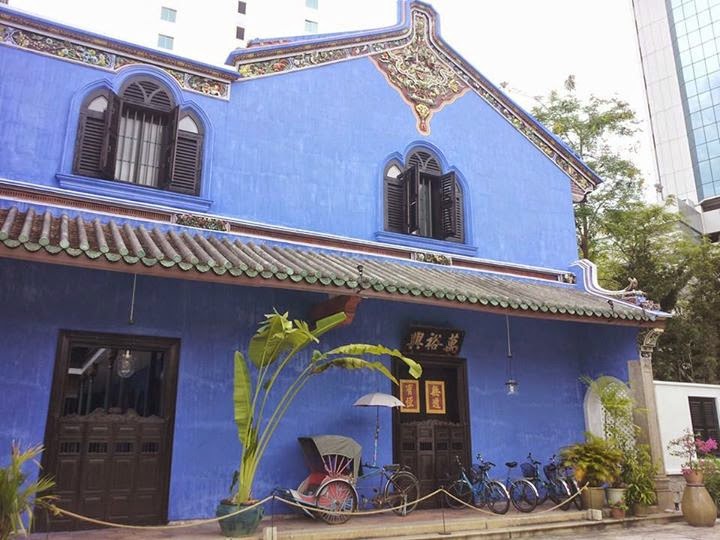 While in Penang, I signed up for the guided tour of Cheong Fatt Tze Mansion and learned a fair bit about the history of the mansion as well as the Chinese trading community in Penang.

I'm going full speed ahead with the cleaning and decluttering in my bachelor pad now and managed to clear at least 1-2 bags and boxes of things in the house each week. On Sundays, when I return to the parental home, I make it a point to declutter at least one folder or desk drawer in my room each week. Over 200 items have been removed for recycling or donation.

In March, I gave up not wearing shades or sunblock daily. I now slap on sunblock as soon as I am out of the shower. The ozone layer isn't going to get any thicker and I am not getting any younger. My skin needs all the help it can get.

I wrote a letter on littering, the edited and truncated version of which was published in The Star on 26.3.2015. I'll take what I can get.
Posted by ~CovertOperations78~ at 04:45

I loved your photos! I've stayed in both the Cathay Hotel and Cheong Fatt Tze mansion. Equally quirky if not equally elegant. :-)

Gaaah! A comment! I haven't seen a comment in my blog for years! I almost didn't know quite what to do with it!
Seriously though, thank you for stopping by and for your kind comment. I wish my office would let me stay in the Cathay or CFT mansion instead of Cititel.