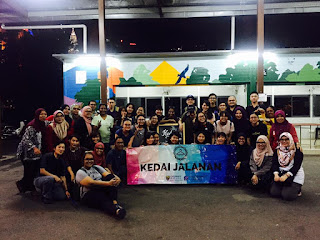 2 March: We had a huge team of vollies, many of them first-timers, for Kedai Jalanan, our pop-up street 'store' for the homeless and urban poor, at the Homeless Assistance Centre (Pusat Bantuan Gelandangan) at Medan Tuanku despite the rain and traffic. So good to see so many young people volunteering! 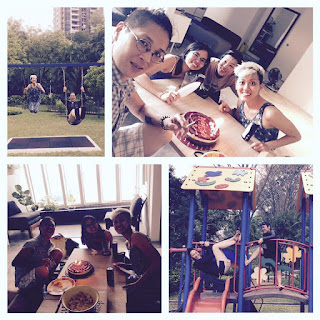 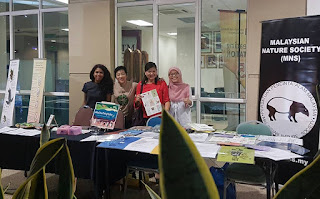 5 March: Green Living partnered up with the Turtle Conservation Society of Malaysia for the screening of Racing Extinction. I set up an outreach booth and conducted a quiz for which I had sponsored the prizes in order to encourage attendance and participation. We had a full house. 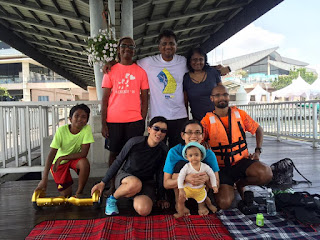 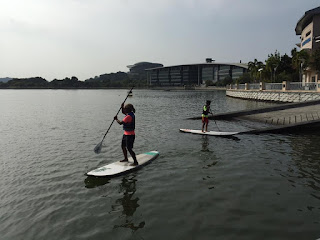 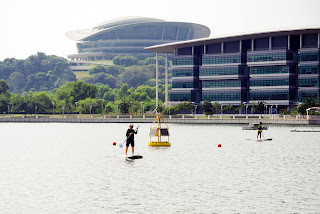 11 March: Paddleboarding at Putrajaya Lake with the gang on the occasion of Hari's birthday. 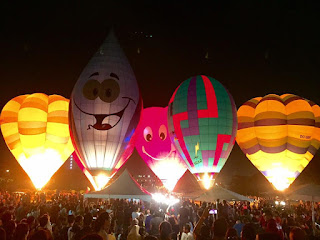 11 March: Attended the overrated and underwhelming hot air balloon fiesta at Desa Park City with Nicole. There were just a handful of balloons and huge crowds. I'll give this a miss next year. 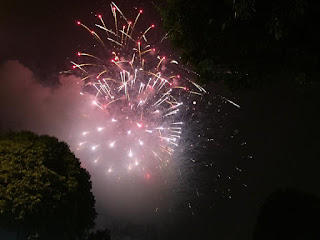 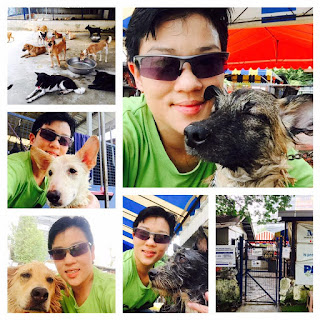 12 March: Bath and tickwash time for the dogs at the PAWS Animal Welfare Society shelter. 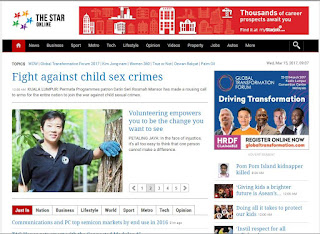 15 March: So this sorta kinda happened and I was featured in The Star in conjunction with International Women's Day. They had a series on women activists and I was one of those interviewed: http://www.thestar.com.my/news/nation/2017/03/15/in-giving-we-receive-volunteering-empowers-you-to-be-the-change-you-want-to-see/ 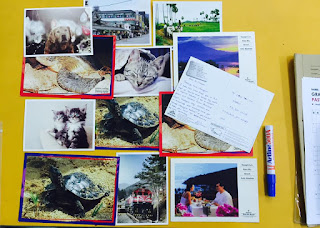 16 March: This particular week's creative writing and service project for my teens at the Beacon of Hope -- writing postcards to senior citizens. 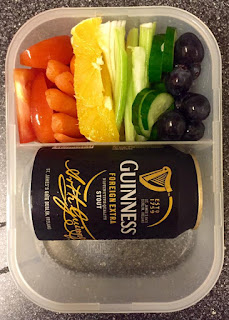 17 March: My very handy and light bento for St. Patrick's Day. I call this composition "Pot of gold at the end of the rainbow". 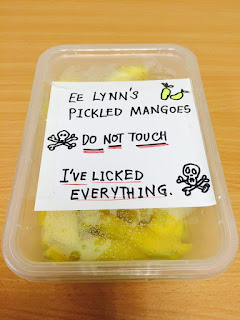 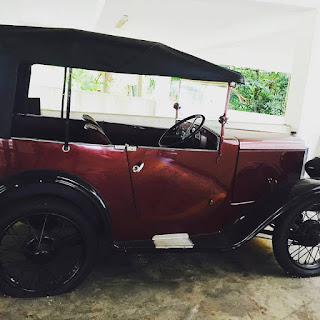 19 March: Well hey there, cutie-patootie! Spotted this vintage charmer at the parking lot of my friend's apartment. 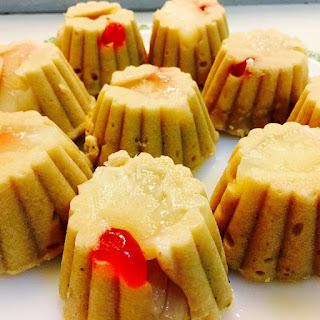 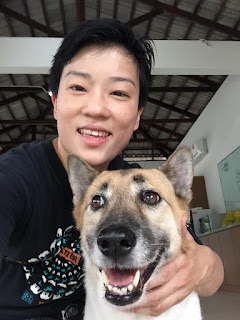 19 March: Two big sillies. Lulu is back at the SPCA for boarding. She is a former office dog. 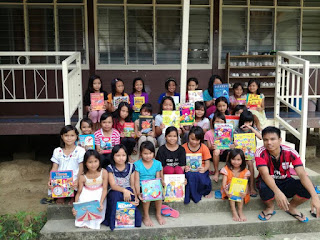 19 March: Many Thanks to Karen Michaela Tan, Ng Geok Chunn, Alicia Ling Horsley and Cindy Yap for the toys, games and preloved books for the Sabah village school adopted by Ecocentric Transitions. 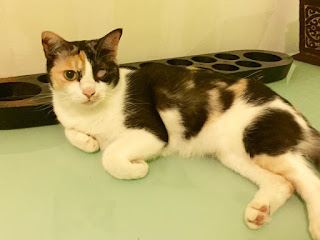 23 March: Meet my latest adoptee, Chantique. Her rescuers -- good friends of mine -- could not keep her due to allergies and health reasons, so I welcomed Chantique into my home two weeks ago as I have experience caring for differently-abled and medically vulnerable animals. Chantique is settling in nicely and not so feral and skittish anymore. I think she likes having me as a mum. 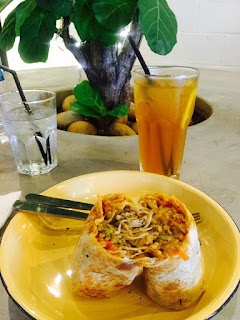 24 March: Friday lunch at my favourite taco place, ThymeOut Sunway, with one of my fave people, Ellen. I had the El Gandhi vegan burrito and it is so, so good! Not easy to find good southwestern food here but dang this place is the ish! 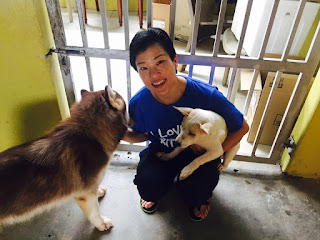 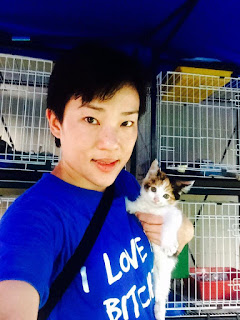 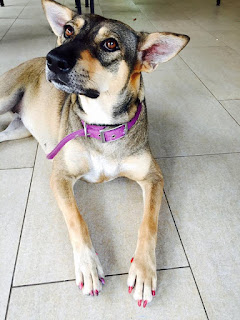 26 March: Shelter sweetheart Soda says "Hi! Notice anything different about me today?" Two of the volunteers took her out for an event at a pet café and painted her nails as a treat. 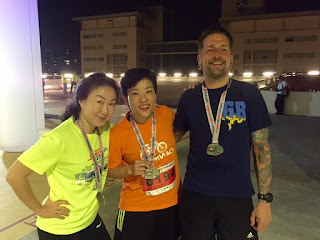 26 March: Completed the BRT run at 3 a.m. together with LiLi and my friend Ee Koon's partner Chris. We did the charity wave at 2 a.m. to raise funds for the National Cancer Society of Malaysia. The event was very well organised, with the exception of the emcee, who is a blathering halfwit. Chris was super fast, we thought he was going to end up coming home with a trophy, but alas, he didn't. 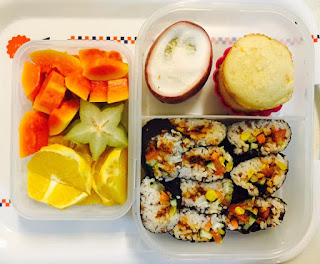 27 March: Decided to make futomaki at midnight without ever having rolled a sushi in my life, so obviously everything came out oddly-shaped. I used brown rice and quinoa and it was fine and the ingredients (kyuri, sweetcorn, tomato, cucumber, celery and spicy floss) still held together. Vegetarian cupcake on the top right came from my awesome kindergarten teacher Mrs. Balendran because she loves me! 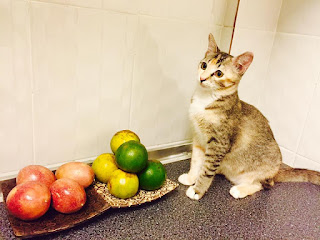 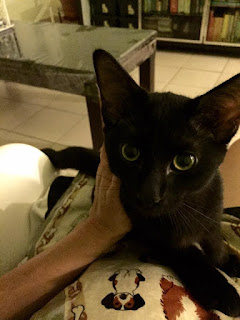 29 March: Logan says: "Hello, I'm here to sit on your apron and prevent you from getting any housework done!" 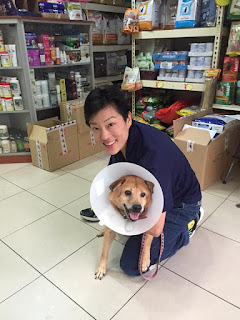 31 March: My sister Amber is finally discharged after two long weeks at the vet for an infection that took a long time to heal due to her age. Can you tell we were both very glad to be reunited and going home?