Lunar New Year has never been one of my favourite holidays.

I've never liked its crass commercialism and unabashed emphasis on wealth, prosperity and fortune. I don't enjoy the increased likelihood of family conflict and friction that holidays often bring. Seems to me like people cannot just be happy in and of themselves during a special occasion without adding stressors like shopping, overpriced dinners and trying to impress people they don't even like to make themselves miserable.

In recent years, however, thanks to social media, I am beginning to see a gradual shift towards emphasising values such as compassion, gratitude, loyalty, filial piety and friendship, over non-values such as the "May you get obscenely wealthy in an obscenely short time" messages we ethnic Chinese are routinely bombarded with around this time of the year. 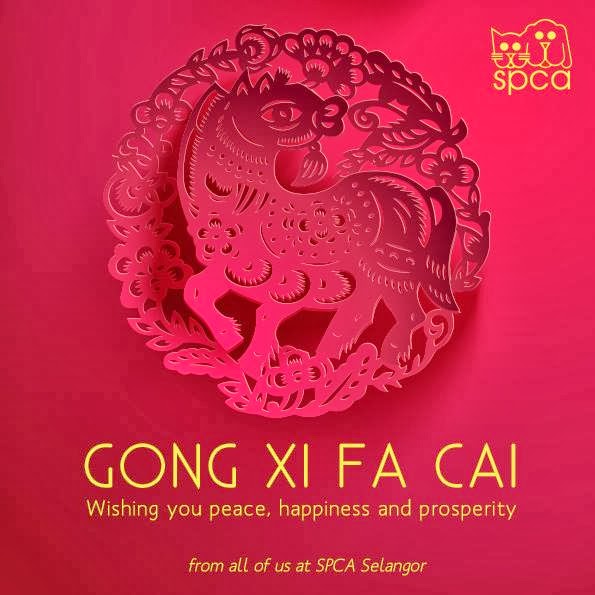 So here are my 20, starting from the Saturday before Lunar New Year: 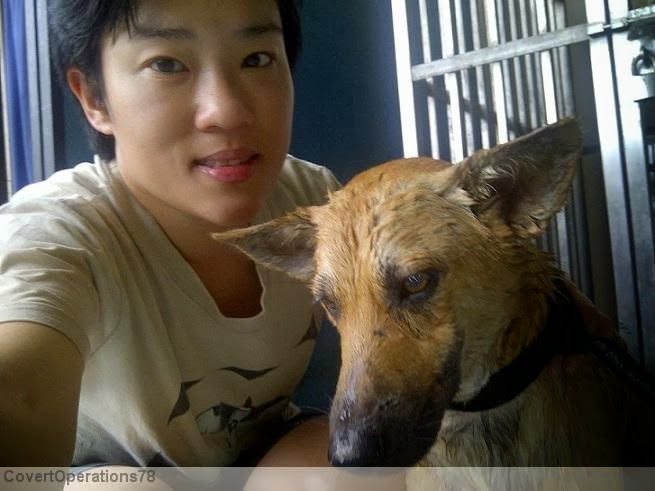 
2. 23 Jan 2014:
My best friend Nicole injured her back, and I know it's no fun being unable to do any heavy work during the busiest time of the year, so I banked in some money to her so she could hire someone to clean her house while she is undergoing chiropractic treatment for her injured back. That's the next best thing I could do since I was too busy to go over and help her with the housework and her cats and dogs.


3. 25 Jan 2014:
Heard from a colleague that our favourite office cleaner, Kak Salma, has been hospitalised for diabetes-related complications. My colleague started the ball rolling by carrying out a collection for her and I contributed money. I feel really bad about Kak Salma's medical issues and I don't even know if this should count as an act of kindness since whatever paltry sum we could give her really isn't enough to support her if she is unable to return to work. I will keep myself informed of her condition and future needs.


4. 26 Jan 2014:
The SPCA Bungalow compound was quite devoid of festive cheer because everyone was too busy with work to decorate, and so I repurposed a stack of used/unwanted red envelopes into ornaments for the garden and compound. 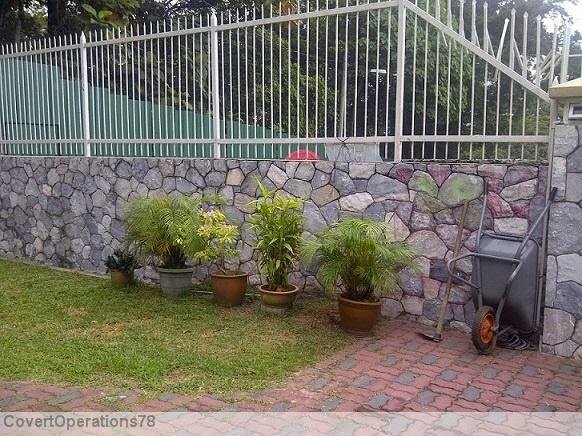 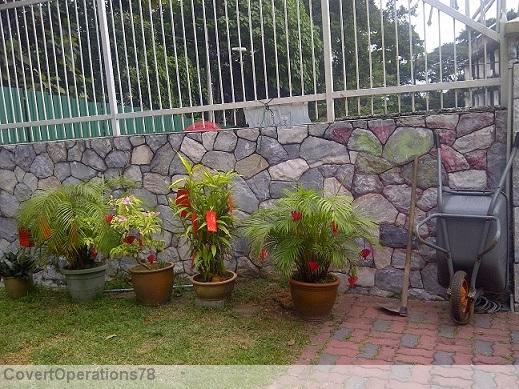 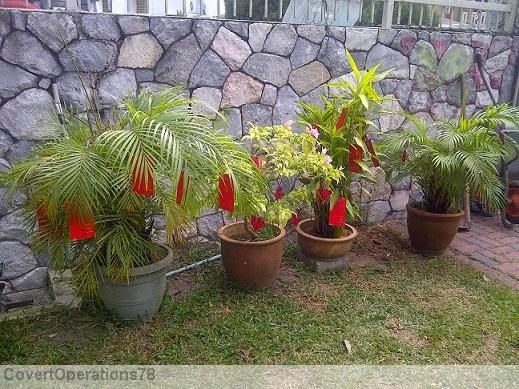 5. 26 Jan 2014:
Helped out with animal care work and cleaning cat litter trays at the SPCA. 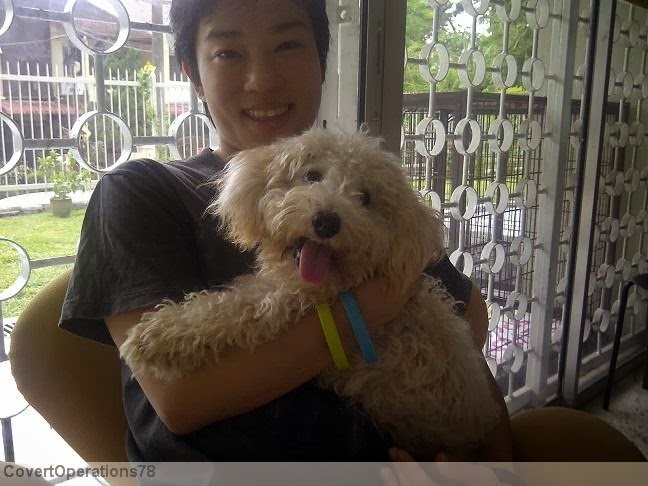 This friendly little poodle was abandoned outside our old shelter (which is currently under renovation) with a gaping wound, and so the SPCA staff took him in and provided medical treatment (Update: This little poodle was successfully rehomed on 8.2.2014) 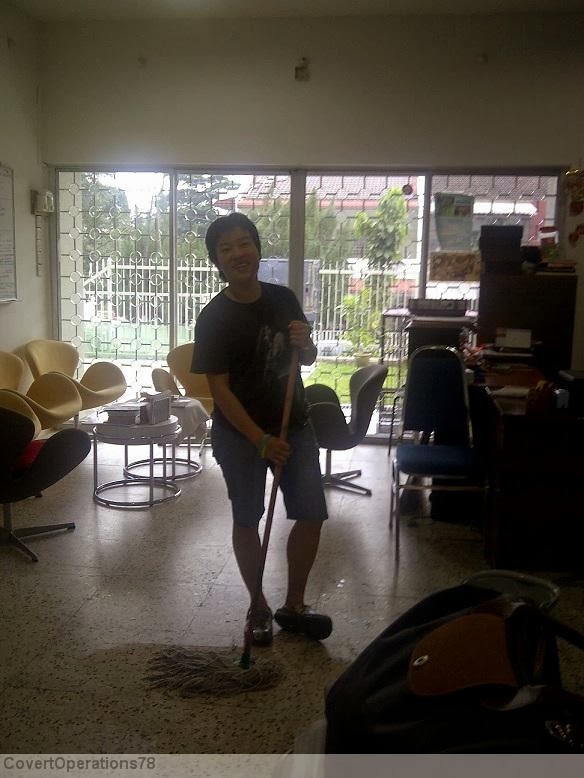 Our SPCA cat caretaker, Kak Mazni, was helping me care for 2 of our street cats which we managed to trap for neutering and rehoming, but refused to receive monetary compensation from me. I know it is her job to clean the kennels, cattery and office so I decided to do it for her to relieve her of some of her heavier chores. Here I am, cheerfully mopping the office to give Kak Mazni a well-deserved break.


6. 26 Jan 2014:
More and more of our friends have expressed an interest in volunteering for ReachOut Malaysia, and on Saturday, Audrey joined a ReachOut food distribution run for the first time. 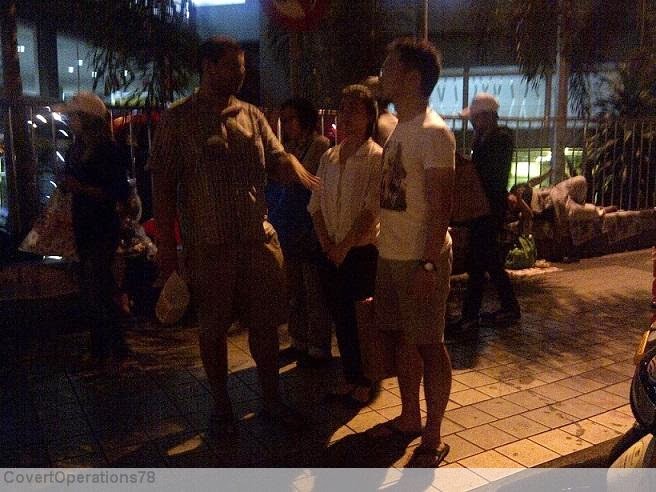 Aravind and I were given the responsibility of leading the group into Puduraya to distribute food and water and pet food. 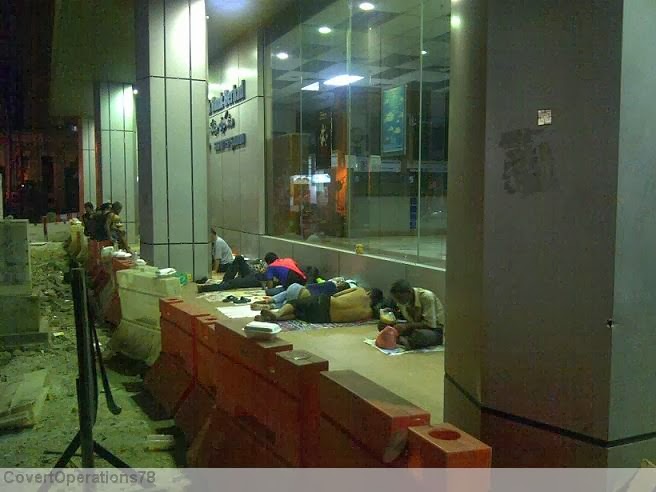 Our street clients were mostly resting or asleep when we arrived to distribute food, water and clothes outside Bangkok Bank. 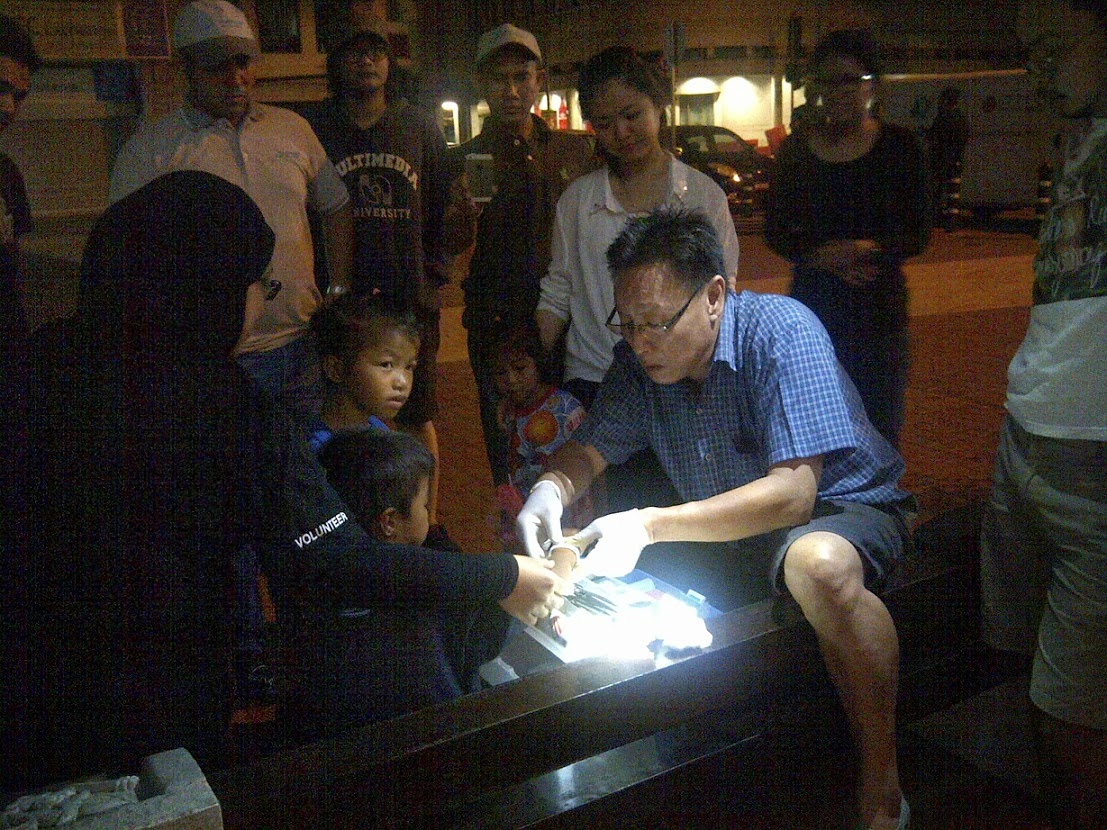 Our senior volunteer Melvin rendering First Aid treatment to a young street client who is living with his parents on the streets (Update: As at 8.2.2014, the family has been taken off the streets) .


7. 28 Jan 2014:
Sent out a glowing employment reference for B., who had been one of the junior colleagues under my supervision at work. 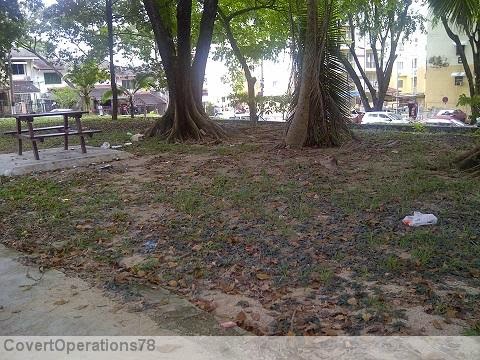 The picnic area had a lot of litter before we started cleaning up. 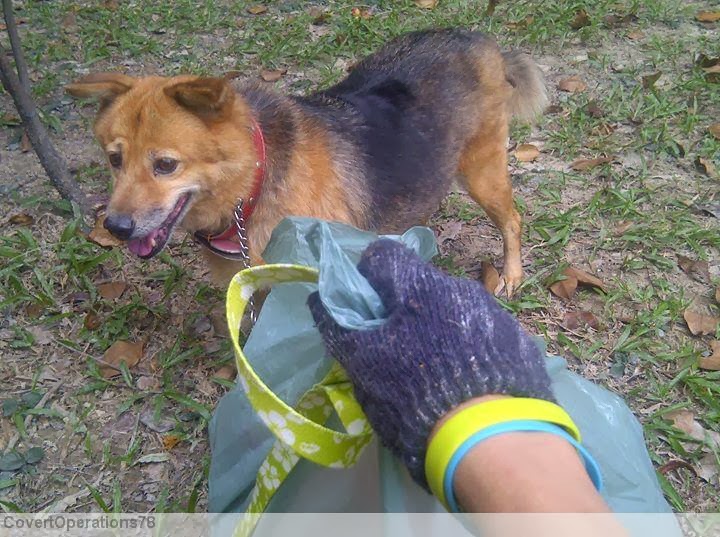 Amber helped by being a good sibling to me and a friendly neighbour to others. 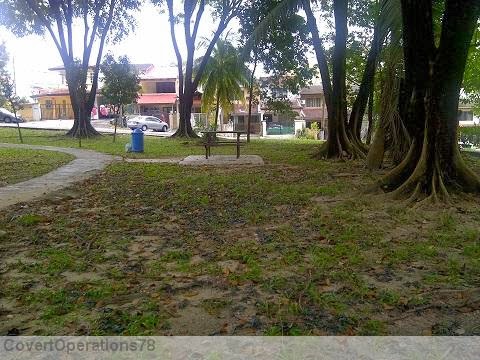 The same area, all cleaned up! 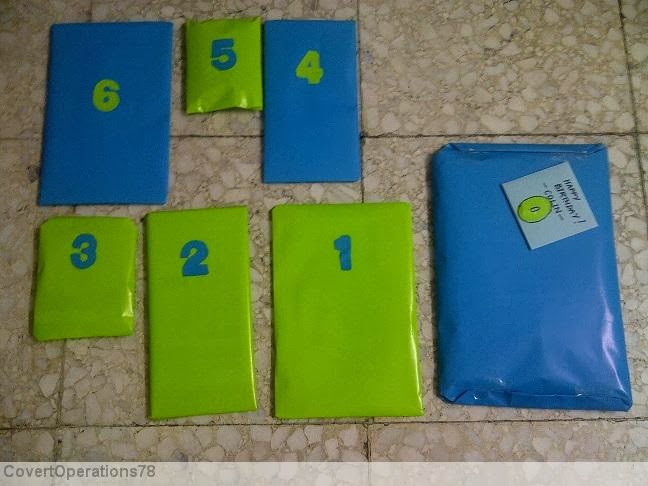 I mailed a birthday countdown parcel and Kindness Kit to my friend's son, Colin, for his 7th birthday. In the parcel, there are 7 smaller parcels. The small numbered packages each contain a useful or fun item (games, puzzle, arts and crafts kits in boys' themes) that a 7-year-old boy would like and he gets to open one each morning on the week leading up to his birthday. On the day of his birthday, he gets to open the card and parcel containing a Kindness Kit so that he can carry out Random Acts of Kindness on his birthday.

In the Kindness Kit, I have included notecards and instructions to deliver them to people who may need some cheering up or who he wishes to thank, stickers to hand out to other children, and cartoon band-aids to give out to someone who may need one. I would also get his mum to include a bin bag and child-size gloves so he can clean up a creek or forest trail, and cat food and dog food pouches and bottles of water for feeding hungry stray animals with.


10. 30 Jan 2014:
I met up with the Public Relations officers of the University Malaya Medical Centre to discuss a Mothers' Day project I have in mind for the children and mothers in the Paediatric ICU and Oncology wards, and since it was Lunar New Year Eve, I brought the officers a jar of pineapple tarts. 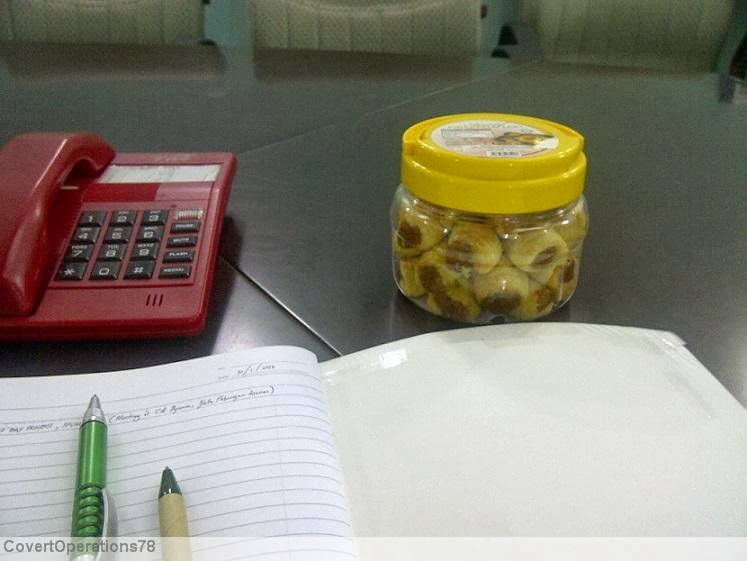 They were surprised both by the gift and by the fact that I am planning to carry out the Mothers' Day project solo and not as a part of any organisation or corporate body. It was a productive meeting, though, and I managed to recruit 10 other friends as volunteers via Facebook the same afternoon once official approval was obtained. 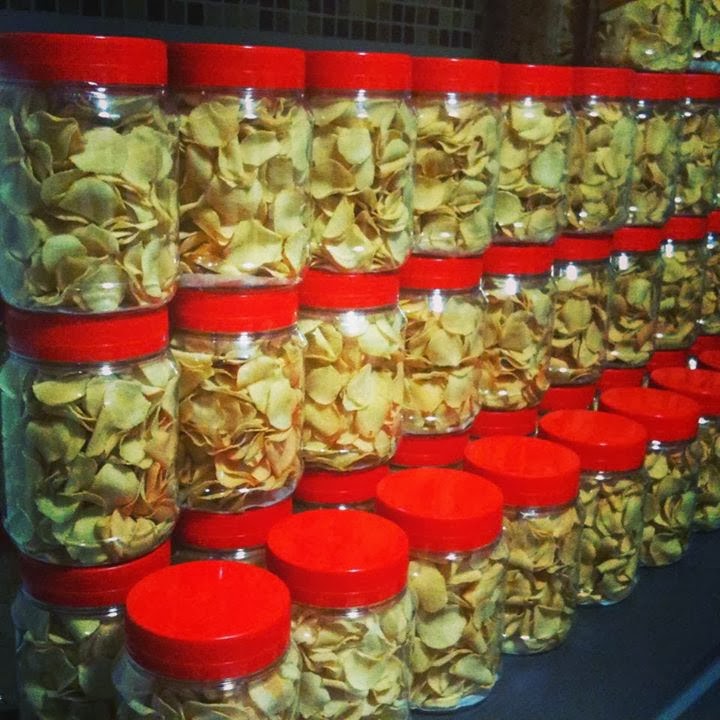 Went to the pub after dinner and gave a jar of arrowroot chips (They're vegan! They're yummy! They go well with beer!) to our bartenders. 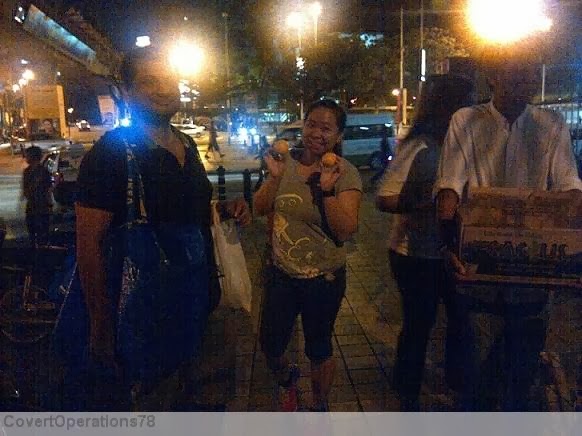 Went out for the Saturday night ReachOut food run as usual under Pete's leadership, and my bestie Nicole joined us. 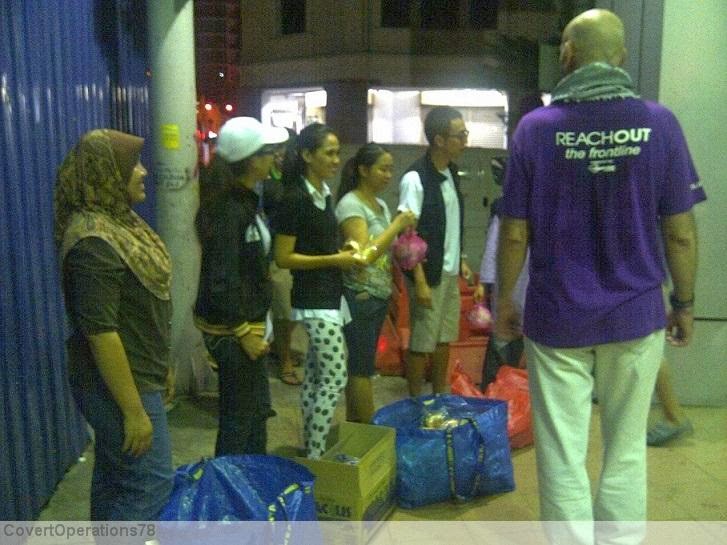 Our friends Jacinta and Moses contributed money for us to buy fruits for the homeless with, and we trundled over with a carload of oranges. It's great to have friends who are so supportive of the causes we volunteer for, and I like helping to match donors with beneficiaries and doing the delivery and execution for them. 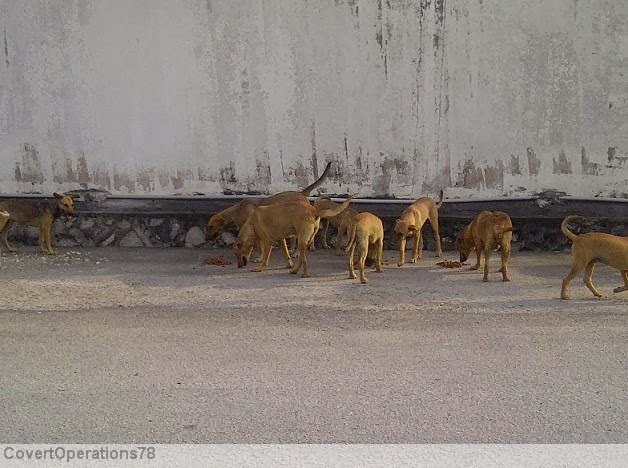 We still have a lot of dry dog food left over from the donation made by Keats, so I went to the industrial area and fed the junkyard stray dogs with the food. This act leaves me with mixed feelings, because I think stray feeders are a part of the problem, not the solution, unless they are actively spaying and neutering strays as well. These dogs are skittish and semi-feral and it is very difficult to catch them for spaying. I'm still trying.


14. 2 Feb 2014:
Our friend Poh Lin was disappointed that many of her friends were not in town during the festive season, but we told her to come out to dinner with us anyway even if there were only 4 of us (Poh Lin, Aravind, Nicole and me). We treated her to a belated birthday dinner at Vegelife, one of my favourite restaurants, and she was surprised and pleased.


15. 3 Feb 2014:
I am in the habit of handing out bottled water or cold drinks to street sweepers, council grass cutters and fuel station attendants. 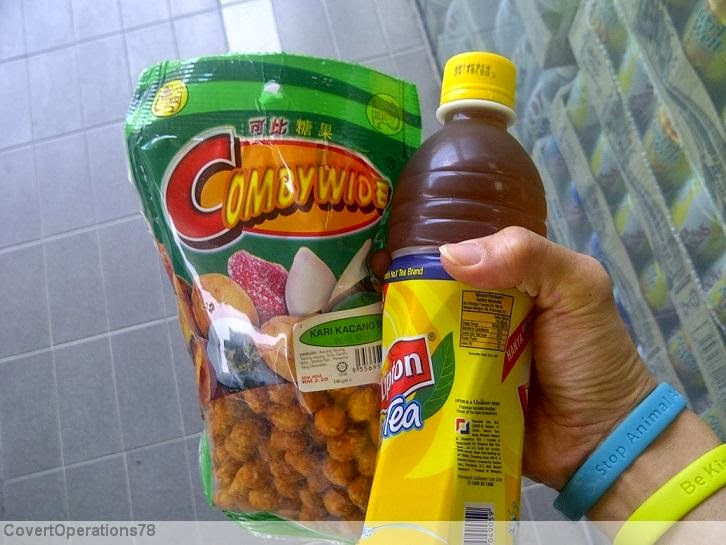 Since it was the Lunar New Year, I bought a peanut snack and a bottle of ice lemon tea for the Bangladeshi fuel pump attendant at one of the stations I refuelled at. He was a little shy but appreciative and even wished me "Gong Xi Fa Chai". It's amazing how much of our language and culture migrant workers pick up within a short time. 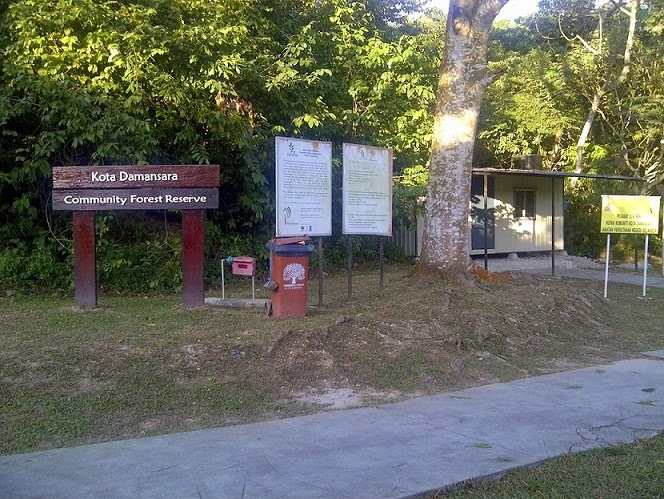 It's the final day of my Lunar New Year break and I spent the evening cleaning up the Kota Damansara Community Forest, which is the forest reserve that I have invested most time and energy in as a volunteer and advocate. 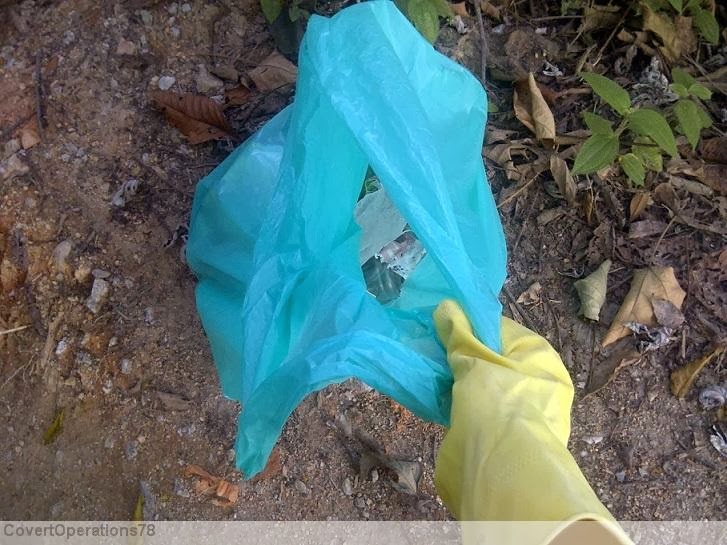 There were a few hikers and cyclists around. I picked up litter and cleared the trail. 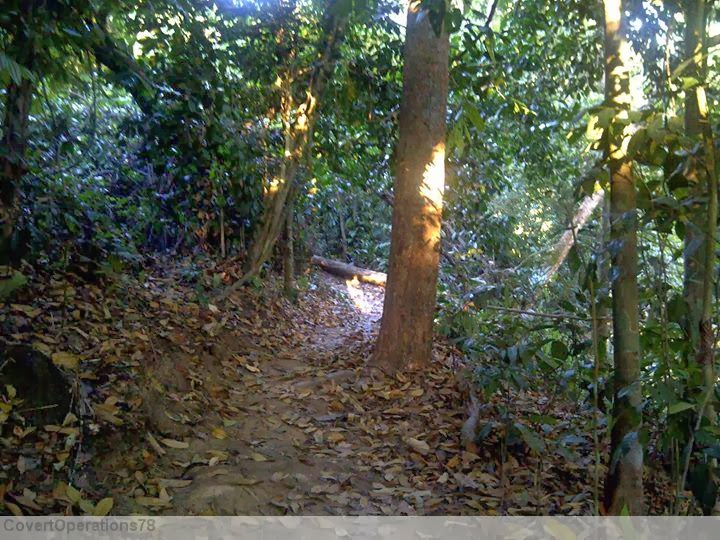 Last hurrah before I go back to work the following day.

We had our monthly branch committee meeting for the Malaysian Nature Society and somehow I found myself persuaded to volunteer to coordinate the newly set-up Mammals special interest group, on top of my usual Green Living, Eco Kids, committee and newsletter responsibilities.

I fully intend to hold proper and democratic elections to elect a coordinator when we have enough members in the special interest group, but right now I am willing to take on the responsibility of getting the group up and running and inviting wildlife and marine experts to give talks and hold workshops.


18. 8 Feb 2014:
Aravind and I donated blood at the National Blood Bank on Saturday afternoon. 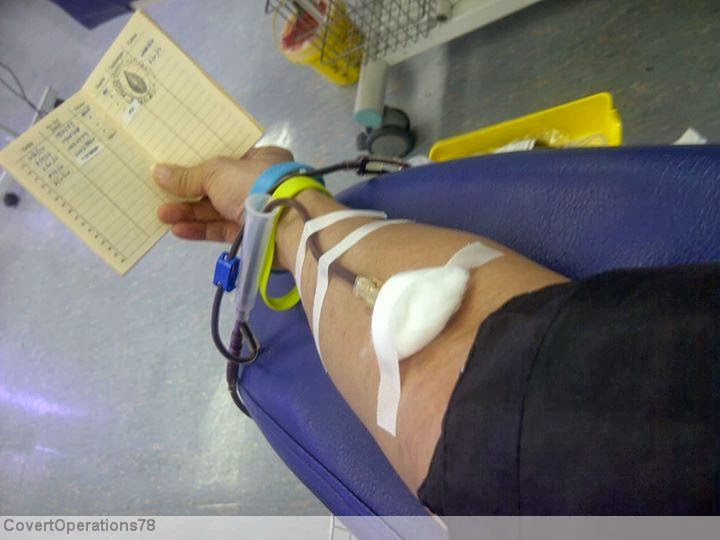 When my Blood Donor booklet was stolen along with my backpack last Oct, I was quite crushed.

Thankfully, our helpful Blood Bank staff managed to retrieve records of 36 out of 45 donations and produced a new booklet for me. I'm very grateful for their help, the registration staff actually took the time to write down each entry by hand in my new booklet.


19. 8 Feb 2014:
Went for ReachOut as usual around midnight, this time with another 6 of our friends -- Liza, Illani, Rangamal, Audrey, Arthur and Yien. While waiting for the food to be delivered and for the other volunteers to arrive, I bought cans of coffee for the security guards at the car park where we normally gather. They are familiar with the regular volunteers by now and help to look out for our cars when we go across the street to the shops. Coffee is always a good thing to give to security guards because they need to stay awake. They were very appreciative and wished me a Happy Chinese New Year, which was nice. 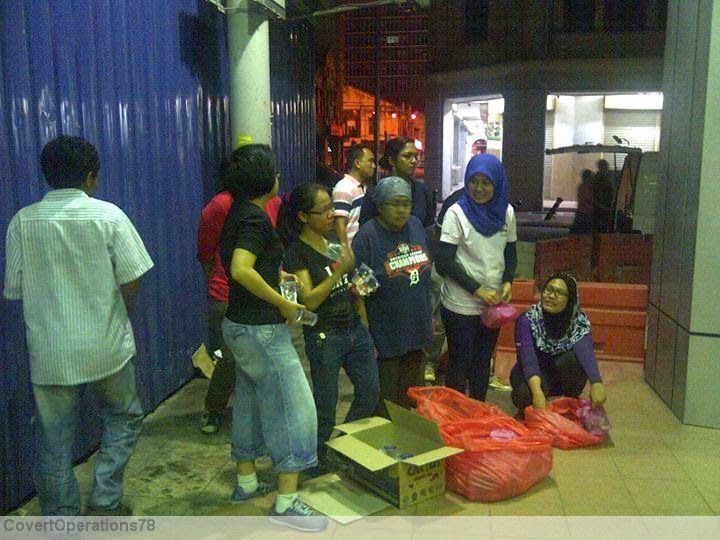 Our friends VJ and Saravanan prepared 22 packs of fried rice for our street clients, and we helped to deliver the food to our street clients. It was Rangamal's, Arthur's and Yien's first time as ReachOut volunteers.


This Year of The Horse, I hope we live our lives as though someone left the pasture gates wide open. I hope we shake off the blinkers and halters of prejudices, traditions and other people's expectations and opinions that prevent us from becoming our best selves. For we were all born to be wild, free and happy. May we all be our best selves. May we all do our best for our Planet, country and community.
Posted by ~CovertOperations78~ at 19:21

But Ee Lyn, if I were to get obscenely wealthy in an obscenely short time, I'd start up a charity fund and we'd be giving it away!

That is definitely something I've considered, Ellen! I want to set up an animal rescue fund for private and unregistered shelters and rescuers that can be sustained after I am long gone.