Letter to the Editor: Protect RAMSAR sites and seagrass meadows 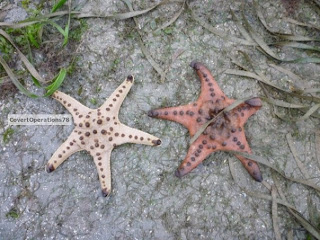 It is with dismay that MNS Green Living learned of the Johor State Government's plans to degazette 2 ecologically sensitive wetland habitats listed as RAMSAR sites (NST, 26 March 2014). It is alarming that state governments are making unanimous and arbitrary decisions to degazette forest and mangrove reserves and delist RAMSAR sites without consulting environmental organisations or the local community.

Malaysian Nature Society (MNS) and its volunteers have carried out data collection and coastal cleanup projects at Pulau Merambong, Sungai Pulai, Tanjung Piai, and Pulau Kukup in the past and can attest to the diversity of flora and fauna in these sites.

Over the years, however, coastal erosion and environmental degradation has adversely affected the water quality and marine biodiversity in the said sites. However, degazettement would be the irresponsible and counterintuitive thing to do. The logical response to the degradation of the sites would be to create buffer zones and take other measures to protect the sites against destruction, pollution, overfishing and other harm. Instead of degazetting the degraded sites, effort should be made to restore the sites and to seek RAMSAR listing for other wetlands of international importance.

The seagrass meadows of Sg Pulai are especially deserving of protection due to their importance to the environment and local communities. Seagrass meadows provide coastal zones with a number of ecosystem goods and ecosystem services, including stabilising the sea bottom, providing food and habitat for other marine organisms, maintaining water quality, supporting local fishing communities, wave protection, oxygen production and protection against coastal erosion. Seagrass meadows account for 15% of the ocean’s total carbon storage. It is estimated that per hectare, seagrass meadows hold twice as much carbon dioxide as rainforests. Yearly, seagrasses sequester about 27.4 million tons of carbon dioxide.

The habitat complexity of the Sg. Pulai seagrass meadows, Pulau Merambong, Pulau Kukup and Tanjung Piai enhances the diversity and abundance of animals. These ecologically-sensitive sites provide food and shelter for many organisms including seahorses and dugong, and are a nursery ground for commercially-important prawn and fish species, and thus contribute to local economic activity.

It is regrettable that while environmental organisations such as MNS and Save Our Seahorses (SOS) Malaysia strive tirelessly to educate members of the public on the importance of conserving wetlands, estuaries and seagrass meadows, state governments and those in a decision-making capacity are trading our natural treasures and ecological heritage for short-term financial gains. We therefore strongly urge that the Johor State Government reconsiders its plans to delist the RAMSAR sites and instead take concrete action to protect these ecologically important zones.