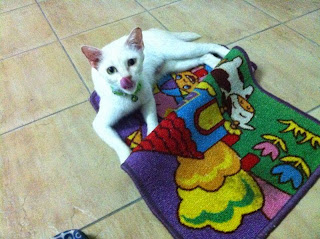 Chiquita in her new home. What a gorgeous sweetie she is!

Our little stray, Chiquita, was adopted by a lovely family who contacted me via Facebook, and so Aravind and I trapped Chiquita all over again (after getting her spayed, we had released her at the place where we first found her), gave her a bath and Frontline treatment, and transported her to her new family. Chiquita's adopter, Sharifah, has been sending me adorable photos of Chiquita via Whatsapp. It warms my heart that our little stray rescues are being adopted into good homes and that their new human guardians think that everything the furballs do is so positively darling that it has to be photographed and shared :) 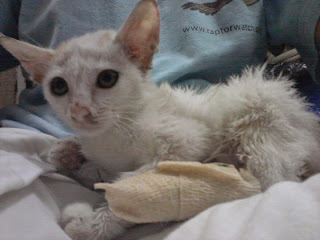 September saw me fostering a kitten with an injury, Miranda, who we believe is one of Chiquita's offspring, because of their physical resemblance to each other and the fact that they were found in the same area. Miranda's leg injury has healed and she is currently being treated for ringworm. She will be vaccinated, spayed and put up for adoption soon. 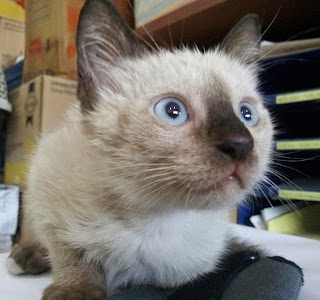 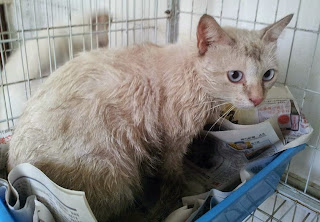 Project Second Chance managed to catch another three stray cats from a semi-feral colony for Trap-Neuter-Rehome in September, namely, Gaia, Munchkin and Miranda. Gaia found a good home with Larisse, a lady who contacted me through PetFinder.my, while Munchkin was adopted by a visitor to the SPCA. Miranda, as you know, is with me. As is Katniss.

I made donations via PayPal to two charitable causes last month, Harmony Fund for the dogs of Ukraine, and an Indiegogo crowdfunding initiative for a no-kill animal shelter in the Andes Mountains.

Quite a number of small, random acts of kindness were carried out last month, including handing out 2 bottles of radiator water to a man whose car was stalled on the emergency lane due to overheating, and diving under the mall washroom sink to retrieve a headscarf pin for a young lady at the Bangsar Village Mall. 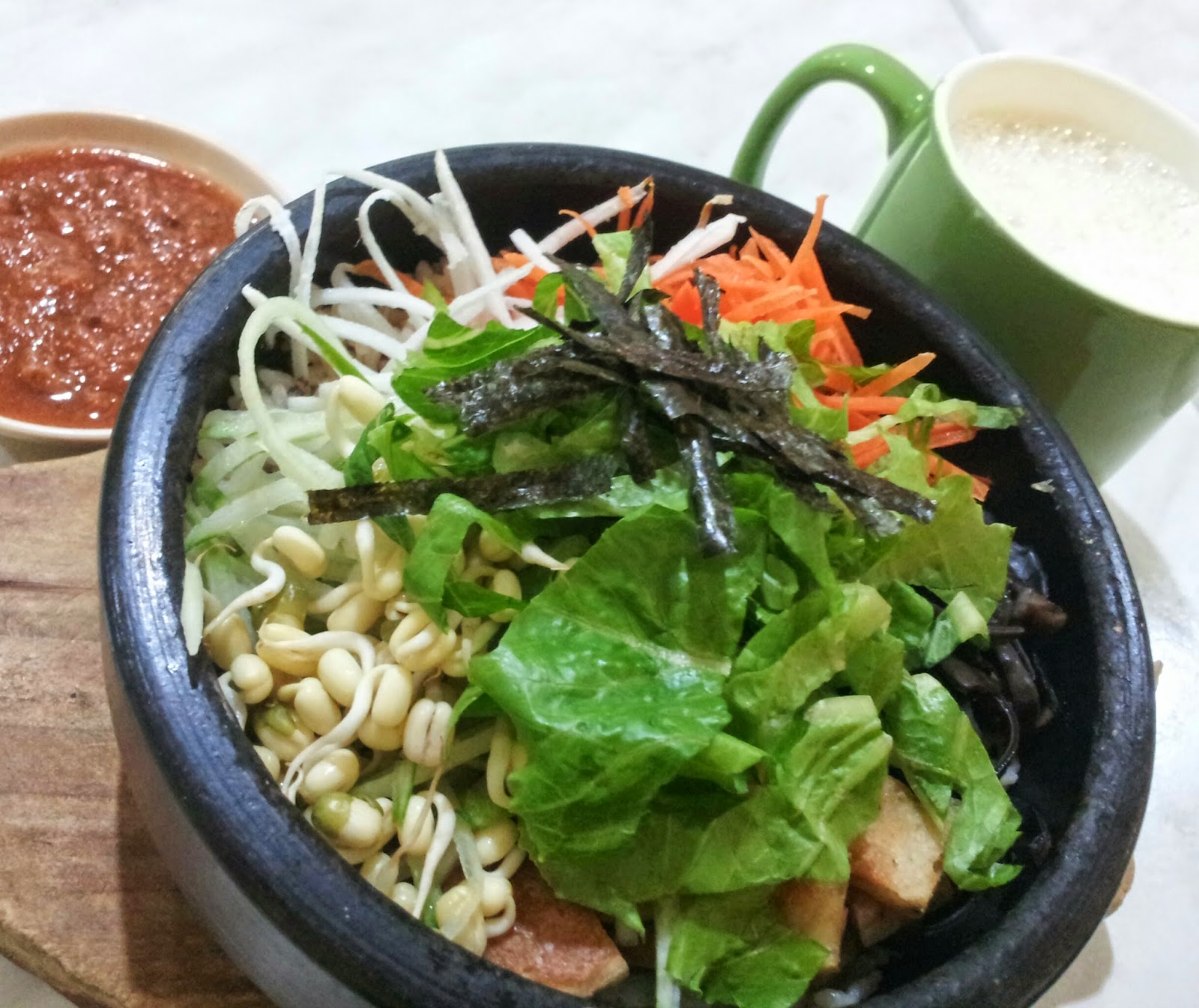 I visited Green Meadow, the organic vegetarian restaurant again, as I had downloaded a KindMeal voucher for Korean Bibimbap. I've never had vegan bimbimbap before. This is the review that I posted on KindMeal:
"Although I still prefer Green Meadow's Hakka Lei Cha to its Bibimbap, their Korean Bibimbap is a refreshing departure from the usual high-fat, high-sodium offerings at most Korean restaurants. Mostly raw and reassuringly vegan, this entrée allows you to savour the flavours and textures of each vegetable, as nature intended, without overwhelming the senses. Cleansing and energising? Yes! Bland? -- only if you have lived most of your life on potato chips and processed mock meat!" 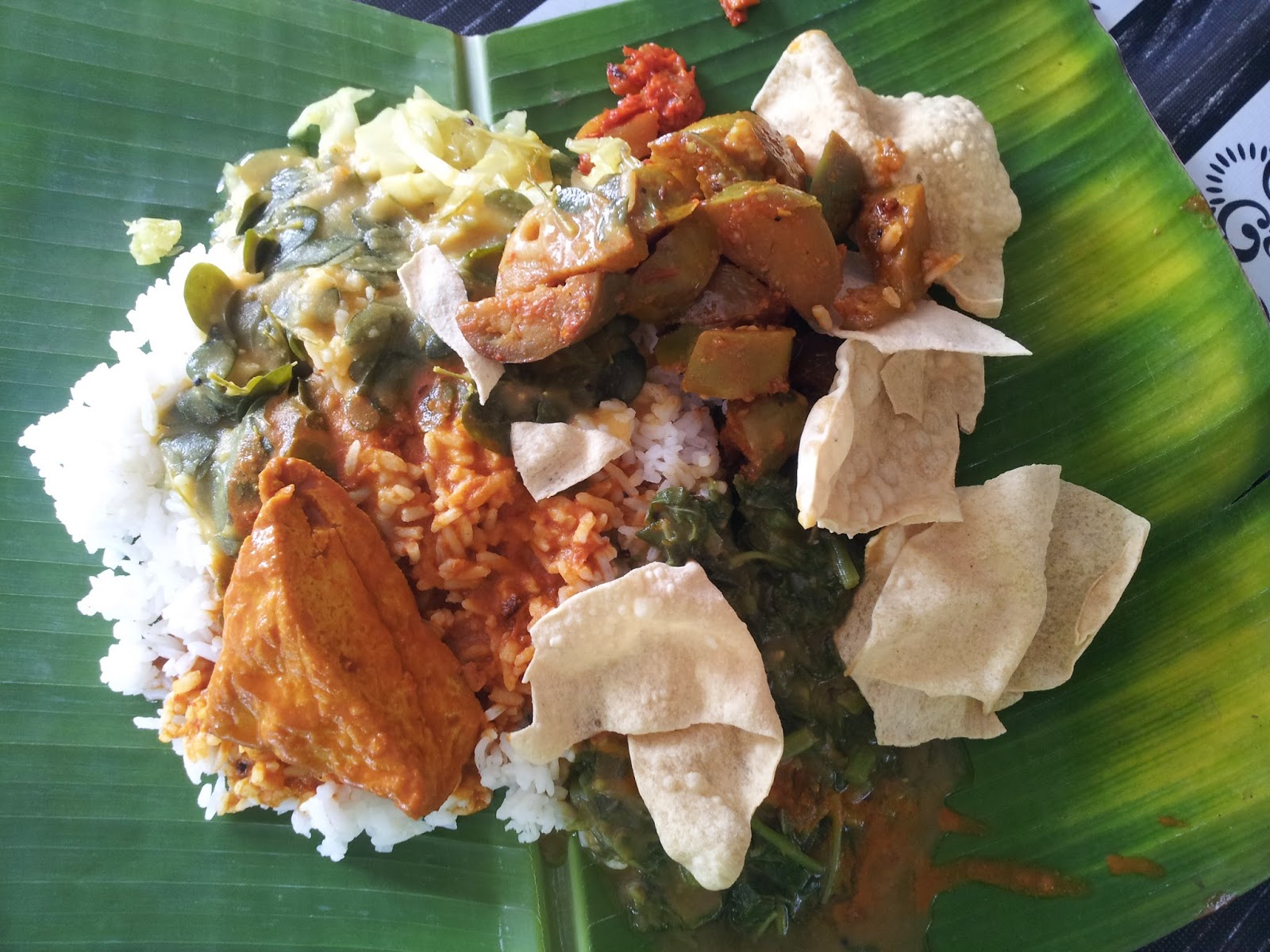 One Saturday afternoon before I commenced my volunteer duties at the SPCA, Aravind took me to Maniam's Corner, a banana leaf rice stall at a food court that he has been frequenting ever since he was a schoolboy. The food was hot, delicious and wholesome. I love the way they cooked the tofu. It was firm and spicy. I will definitely come back, especially since Aravind informed me that they have a wide variety of vegetable dishes if we came early, around noon. 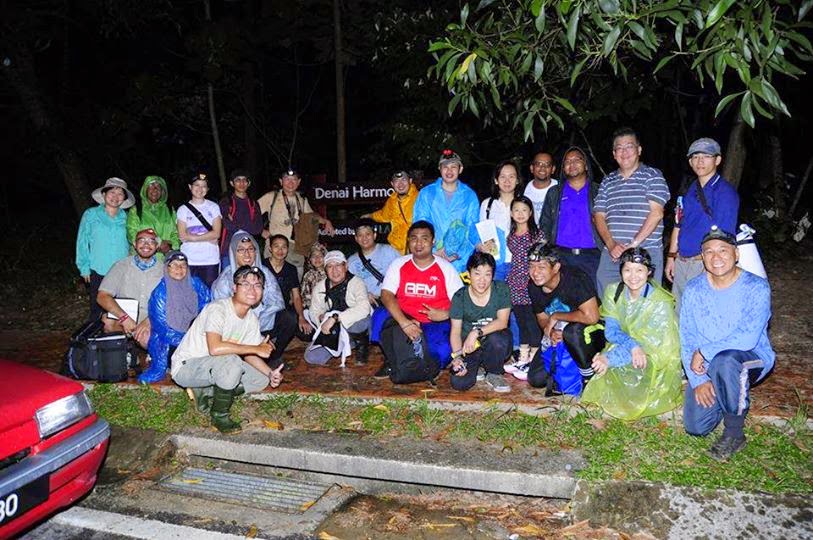 Herp Walk participants at the beginning of the trail.

I went herping at night with the MNS Herpetofauna group on Sept 6, which took us to a part of the Kota Damansara Community Forest trail that I have never been to before.

And it has been a month of job interviews and new beginnings, and the interviews took me to different parts of the city that I have never been to.

Although Aravind and I are regular customers at PB Blind Massage in Brickfields, I decided to redeem a voucher for a head massage at Sifu Reflexology, Bangsar, for a change. We were satisfied with their service. The masseurs were professional and the place was clean and comfortable. My head and shoulders felt a lot better after the massage, too.

Missing a turn while on the way to the Turtle Volunteer Programme in Melaka also meant that we ended up on the 'scenic route' to Masjid Tanah, and drove past towns and villages we have never been to before. 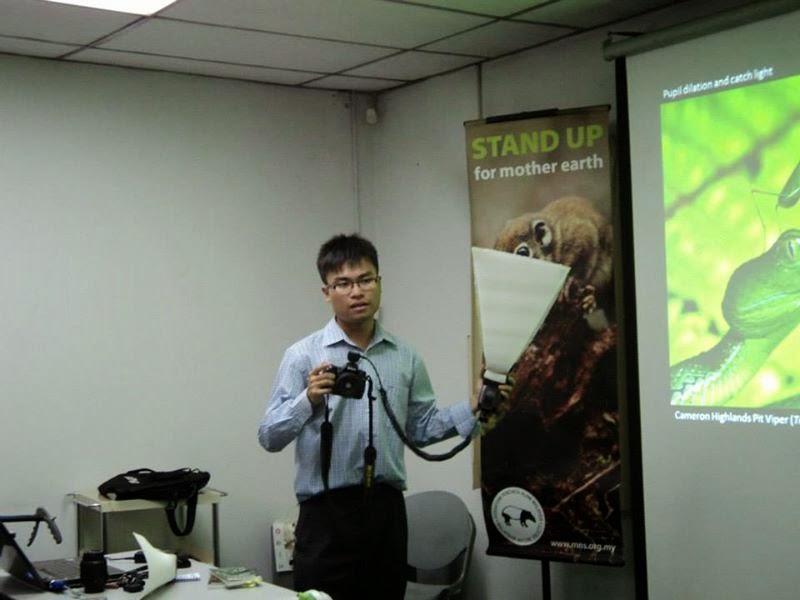 Steven showing us his homemade diffuser.

Our young, enthusiastic and bright MNS Herpetofauna coordinator, Steven, conducted a workshop on Herp Photography at the MNS Auditorium in early September, and this helped me learn how to spot and photograph reptiles and amphibians in poor light. My opportunity to put my new skills to the test arose during our Herp Walk at the Kota Damansara Community Forest. I managed to take reasonably clear photos even with my cell phone.

I have been job-hunting for about a month when I expressed my dismay to Aravind that I wasn't receiving interview appointments to the jobs I wanted. Aravind stepped in to amend and update my resume and CV, and it made a world of difference! I received 4 invitations to job interviews within 2 days of sending in my job applications, which resulted in 3 offers being made, one of which I accepted. I may have the research and drafting skills necessary to write reports, legal assessments and Letters to the Editor, but job applications are something else altogether. Employers and headhunting agents have limited time on their hands, so job application letters should not be long and rambling. Keep it specific and concise. Don't mention short-term appointments and irrelevant awards. Instead, mention the type of work you were engaged in, some of the clients you had worked for, if you have ever done anything particularly challenging that is related to the job you are applying for, and how you think your skills and experiences can be an asset to the organisation that you are applying to. 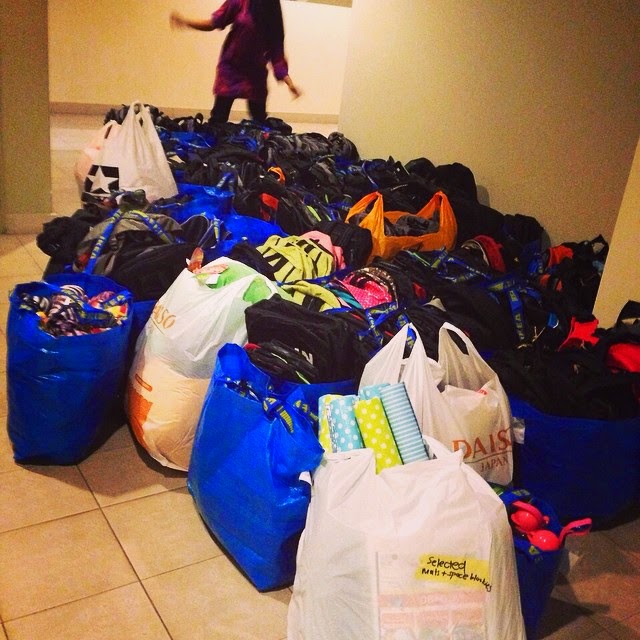 Some of the backpacks and bags collected by Sara.
(Photo credits: Sara Sukor)

In September, I managed to cull over 100 items by spring cleaning and decluttering various areas of the Bachelor Pad, including Green Living's storage boxes, a whole bunch of bags and their contents, and the refrigerator. I also found several backpacks and travel bags in excellent condition, which I gave to my friend Sara for her initiative to provide our homeless friends with proper backpacks and bags to store and carry their possessions in.

In September, I gave up buying anything other than necessary consumables (human food and pet food). That means no bento tools, bike tools, plant pots for the garden, personal grooming products from the organic store, books, gifts, outdoor equipment, camouflage gear or rock band t-shirts. It was easier than I thought. I will have to start thinking up harder challenges. But then again, I am afraid I might drop dead if I were to give up sugar, coffee or Red Bull for a month.
Posted by ~CovertOperations78~ at 19:10