The full-orbed moon with unchanged ray
Mounts up the eastern sky,
Not doomed to these short nights for aye,
But shining steadily.
~ Henry David Thoreau.
I had planned to hold a housewarming party at the Wee Green Flat for some time now, but with Shadow and Chloe's deterioration and untimely demise, I had put it off until I felt ready to celebrate. My little home is a cheerful, welcoming place that radiates with kind and generous intentions, and I am sure Shadow and Chloe enjoyed what little time they spent in it. I am also sure that they would want me and the other cats to be happy in our home.

I finally organised an outdoor poolside party to coincide with the Mid-Autumn Festival, one of my favourite observances. I informed the apartment management in advance and booked the largest poolside gazebo for our party. On 26th Sept, after our Green Living visit-and-volunteer session at the TTDI Edible Project, I got my place ready for my guests. And my friends and family arrived, happy and uncomplaining and bearing gifts of food, despite the haze which made a dreadful return the same morning.

Around 30 friends and family members showed up. Those who arrived early helped me carry my folding tables and stools downstairs, set the table and put up lanterns. I put some games (Boggle with pens and paper, Jenga, Rubik's Cube) on the side for those who might want to play games. I made my famous fiesta taco salad, sliced up 2 pomelos and a box of mooncakes, and put drinks in my large cooler box to chill. I ordered vegan fried rice from Vegelife and nasi impit, kuah kacang and rendang from the apartment cafeteria. There was way too much food as usual, but I had the foresight to have takeout containers ready, so everyone went home with some food and drinks. 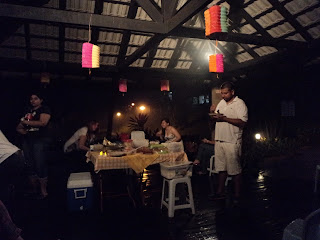 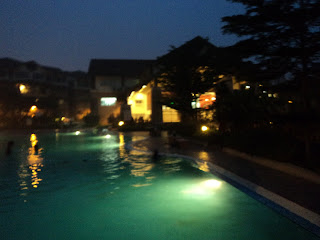 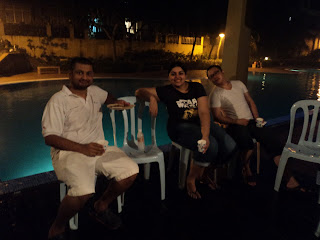 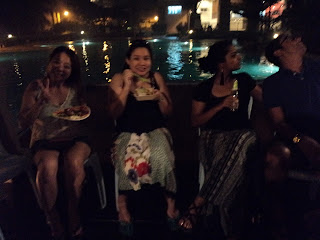 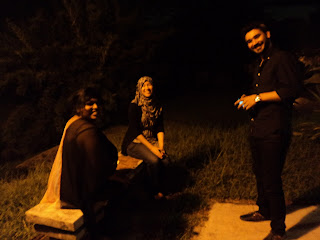 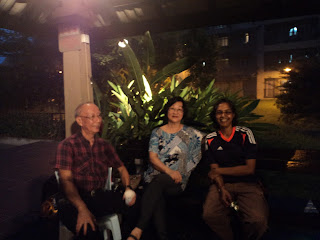 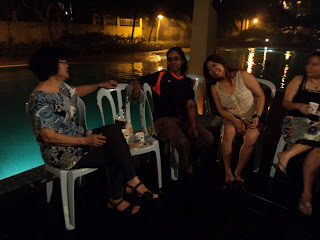 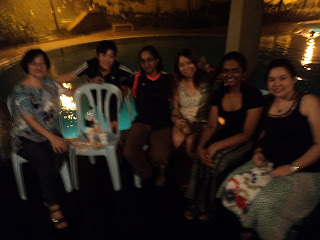 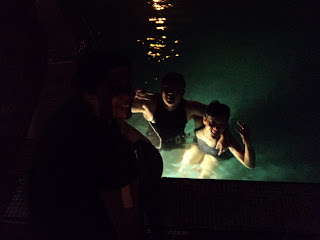 Everybody mingled, chatted, ate and had fun. Only two (Joe and I) were silly enough to swim in such hazy conditions, though. 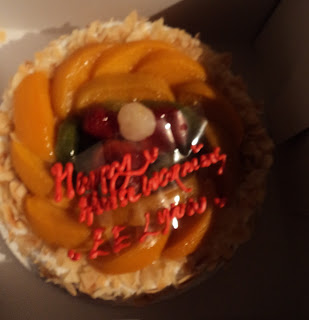 My bestie Nicole got me a housewarming fruit flan! 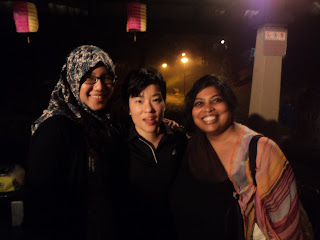 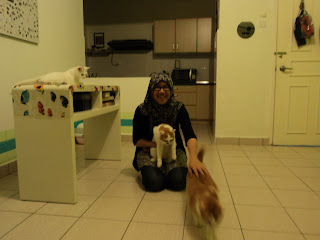 Nadia came upstairs to play with the cats. Katniss allowed herself to be kidnapped but Pix managed to slink away.
My friends helped to clean up after the party and carry things back to the Wee Green Flat. The cats were thrilled to see so many people and assumed that they were there to play with them. Happily, my friends obliged and it was like the head-skritching, cat-petting, face-stroking Olympics for a good part of an hour.
Here's to many, many more parties and happy occasions at the Wee Green Flat!