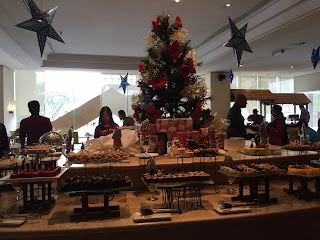 Christmas 2015 was a bittersweet one. It took me a long time to be able to go through these photos again. It was Mini-Me's last Christmas with us, although I didn't know it yet then.
We observed Christmas at the Wee Green Flat around 2 months after Mini-Me's cancer diagnosis. I have always wanted to celebrate a low-key Christmas in my own home, with my cats and best friends, in the most environmentally and socially responsible way possible. 2015 was the year it finally happened, and my cats and I were contented in our tidy little home together.
When Christmas rolled around, Mini-Me had already undergone surgery to remove her oral tumour. She was active and had a good appetite. I had expected her to live for at least a few years more. She was, after all, only 8 years old.
I was fostering another 2 rescued cats under my Project Second Chance then -- Zeya and Mac. Both had undergone the ELISA snap test and had been dewormed, vaccinated and neutered. They were former strays and I was getting them used to living indoors with a family. 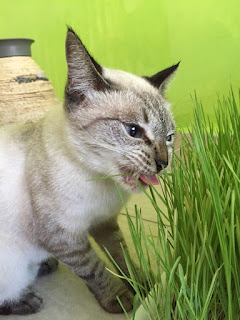 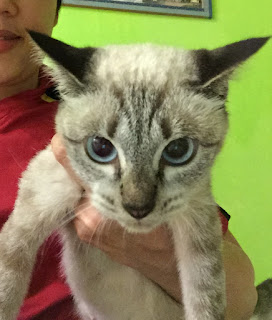 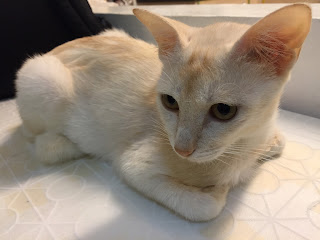 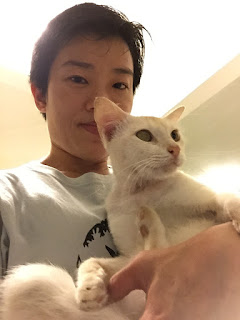 (Note: They have since been rehomed to a good family)
I had spent several days making simple handmade decorations for the Wee Green Flat, and gifts for my Rowdies as well as for Paisley and Horlicks, who are living with Aravind. 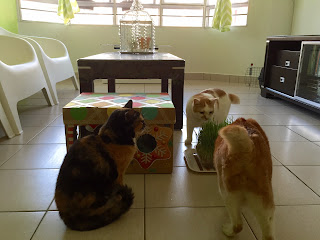 I love the look on the faces of my Rowdies when I presented them with their shared gifts -- a gingerbread house I made with a sturdy document box, and an entire tray of organic wheatgrass. 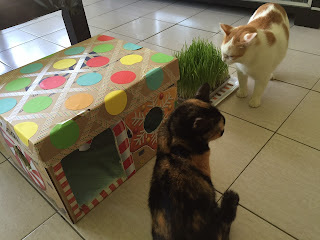 Mini-Me was as excited about her new playhouse as the others. She remained curious, affectionate and active until pretty much the end of her life in February 2016. 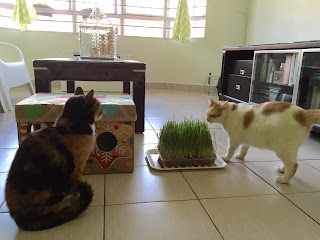 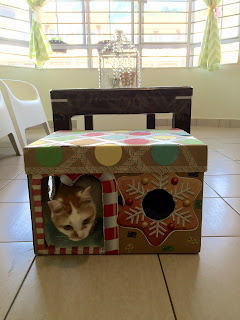 I cut out round windows for them to look out of. I figured it was the sort of thing a cat would love --- a safe box to sit in, with windows that are big enough for them to look out of, but not big enough for another cat or stranger to pounce in from. I used paper masking tape to cover the rough edges of the holes I cut out of the box to make the box last longer, and then taped the decorative accents over the holes.
It was a lovely Meowy Christmas. But I still cannot look back on it without feeling a pang of grief.
I would like to think that Mini-Me had a lovely Christmas and had enjoyed playing with her Christmas gifts.
I would like to think that she knows how much I love her. I am sure she did.
Her deterioration began only after Christmas, so we did get to make some happy memories together.
The only thing I can do to deal with my grief and sense of loss is to remind myself that I give all my babies the best care I can afford, and I will continue helping as many animals as I can that they have a better chance of living a life of quality.
A bittersweet Christmas is better than none.
Posted by ~CovertOperations78~ at 20:52