On A Wing And A Prayer

The 10th annual Raptor Watch Weekend , organised and coordinated by the Malaysian Nature Society , took place on the second weekend of March, as it does every year, due to the fact that the seasonal migration of birds of prey back to their breeding grounds in the North can be witnessed almost exclusively in the months of March and April in the southern states of Peninsular Malaysia, chiefly in Tanjung Tuan, Melaka.

Tanjung Tuan is important to the migrating raptors as it forms the narrowest point between Sumatra and Peninsular Malaysia and is therefore the most ideal stopover point for the exhausted birds. The coastal and mangrove forests of Tanjung Tuan are also important wildlife habitats, and the Malaysian Nature Society is proud to have been instrumental in the conservation and gazetting of the forest reserve.

However, Raptor Watch this year was fraught with its own problems and conflicts. In addition, due to unfavourable weather conditions (windy weather, cloudy skies, frequent rain), the bird count for that particular weekend was far lower than that of last year (Over 46,000 in 2008, only 16,000+ as at 15th March 2009).

A few of the recommendations we made following Raptor Watch 2008 (see my 2008 entry ) had been adopted, including that of providing catered food in a dining hall rather than packaged food that had resulted in excessive disposable packaging and food wastage the previous years. They had also eliminated the practice of distributing bottled water. However, as with all undertakings, there is always room for improvement. 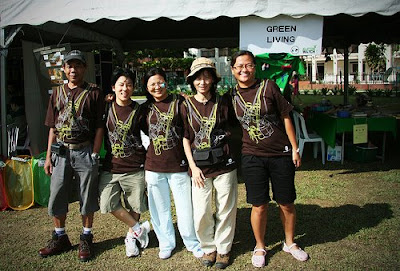 The Green Living Special Interest Group placed emphasis on the 3Rs (Reduce, Reuse and Recycle) this year. Our very creative and resourceful subcommittee member, Mee Hong, made the "Waste Not!" t-shirt banner for our booth and many crafts using old t-shirts. Siew Hua brought a sample of fruit and vegetable waste enzymes that can be used as a household cleaning solution. I prepared the signage, literature, recycling bins and everything else. I am grateful to have the assistance of dedicated, helpful and capable volunteers such as Joo Wee and Horng Yih as well. Photo courtesy of Horng Yih. 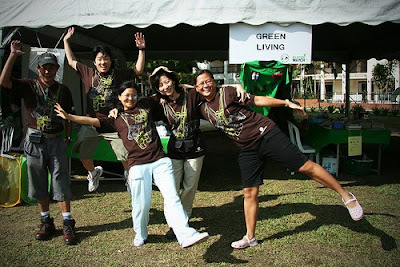 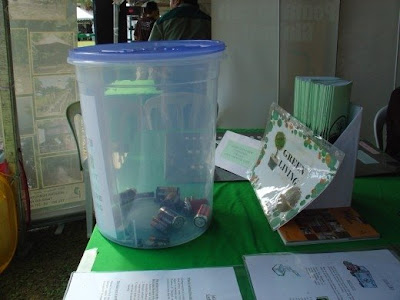 Some of the items displayed at our Green Living booth, including the Battery Collection Bin. Photo courtesy of Wan Yeng. 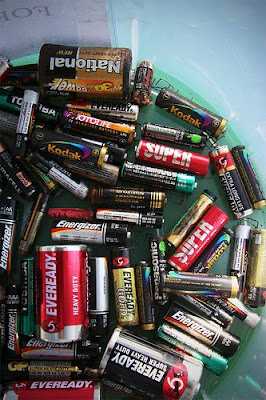 Batteries collected in the bin to be brought to the scheduled waste recyclers. Photo courtesy of Horng Yih. 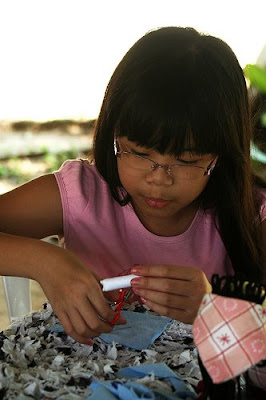 Birders posing for posterity in front of their booth. They had worked very hard all weekend-- recording resident and migratory bird data, answering natural history queries, promoting birdwatching and the Malaysian Nature Society and coordinating the making of bird crafts. Photo courtesy of Horng Yih.

This little Common Bronzeback visited the Green Living booth on Sunday afternoon and then sought refuge in one of my book baskets. Hurnain took the little snake away to be released in the forest, away from all the noise and people. Photo courtesy of Horng Yih. 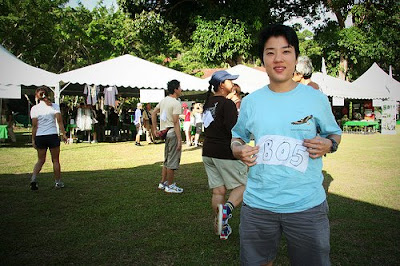 Me, all ready for the Lighthouse Run. I didn't win it this year, though, not that it matters. It was all in the spirit of participation and fun. Photo courtesy of Horng Yih. 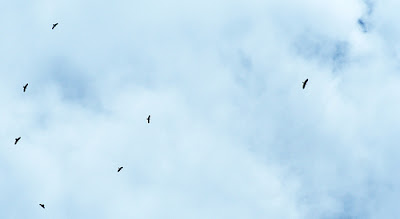 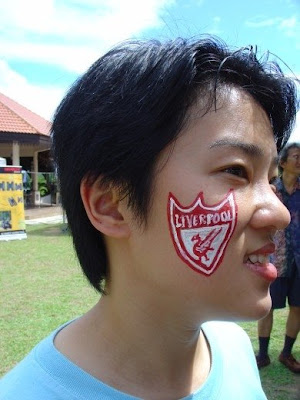 Liverpool FC trashed Manchester Retarded 4-1 on Saturday night. We had watched the game at the Saloon at Eagle Ranch and it was a raucous and joyful affair. Poor Patricia Zahara was kept busy all of Sunday painting Liverpool crests on the faces of exuberant fans. Photo courtesy of Wan Yeng. 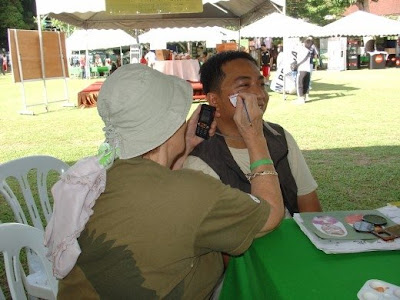 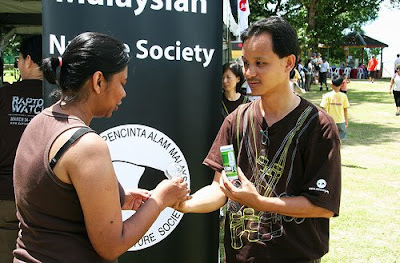 Melissa giving Vegan Eugene an energy-saving CFL lightbulb, courtesy of Phillips, in exchange for an incandescent one. Photo taken by Horng Yih. 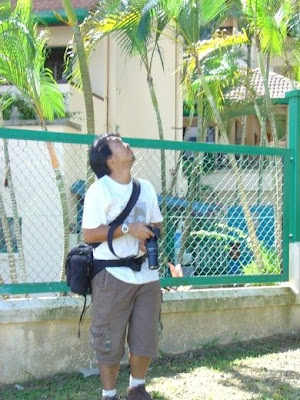 The photographer gets photographed – Horng Yih looking for a Barbet he had spotted up the tree earlier. Photo courtesy of Wan Yeng.
Posted by ~CovertOperations78~ at 19:13

Looks like you had a blast! Love the idea of having recycled T shirt crafts.

We were at the orphanage party and we got dunked in the rain too. It started about 15 minutes after we got the BBQs going - of course! But we got round a corner, under a bit of shelter and managed to keep the whole lot going. The kids bbq'd beautifully and had a blast entertaining. Plus we got to meet two new kids which was fun.

You lead a joyful life by fulfilling others.

Ooh looked like a lovely weekend! So sad that I missed it this year.