I Won't Say Goodbye, My Friend 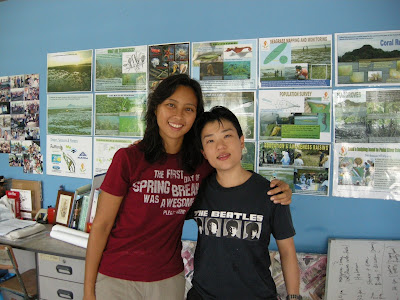 Mastering the skill of saying goodbye to close friends and loved ones comes with age and experience, but it doesn't make the separation any easier.

I spent the Labour Day weekend with my dear friend Serina, helping Serina with her move to Johor, where she will be doing her PhD in Coastal Management and working with Save Our Seahorse ("SOS") Malaysia.

It will be strange for me not to have Serina living close by anymore. She has been such a pillar of strength to all of us at the Malaysian Nature Society. Her leadership and management skills, commitment as a volunteer, compassion and courage are exemplary. I don't think we'll ever find another friend quite as special, unselfish and sincere as Serina.

How do you thank a friend who has enriched your life so immeasurably?

When the Offroadies and I planned our own relief mission down to Segamat and Endau Rompin to deliver supplies to flood victims in December 2006 and January 2007, Serina had been instrumental in supplying us with food, new clothes, school supplies and dry goods for the flood victims.

When Bernie and I worked on sourcing donors to buy school uniforms for the urban disadvantaged children whose families could not afford the necessities for the new school year, Serina turned up with close to 50 schoolbags for the young 'uns. The look of delight on the faces of the beneficiaries (many of whom have never had anything new of their own and didn't even know how to work the zippers and velcro openings) made me feel like a million bucks.

When I started Project Second Chance and was appealing for pet food and supplies for the animals under my care as well as adopters for my animal wards, Serina helped me find donors and new homes for the cats. And when she turned up at the Bachelor Officers' Quarters, it was not only with pet food and medical supplies for the animals, but also curry and bread for me, because with all the intuition only good friends are capable of, she sensed that I haven't had dinner and had been spending more time looking after my animals than after myself.

When I was overwhelmed with both work and volunteer commitments, Serina carefully hand-illustrated, printed and prepared the games equipment and took over the responsibility of coordinating the Eco Kids Camps to free up some of my time.

When I was fuming over the theft of 10 kilogrammes of aluminium cans that I had collected, rinsed and flattened for sale to raise funds for Green Living after Raptor Watch Week 2008, Serina made a better person of me by advising me that it could have been stolen by someone who was in grave need, and for whom the paltry sum derived from the sale of the cans would be of help.

We spent Friday morning packing up and transporting Serina's possessions to Johor. We took the trunk road to Johor and arrived at the SOS research centre around 2300h, but thankfully, unpacking took less time than packing.

The following morning, Serina, Zurina and I took a boat out to Pulau Merambong to collect seagrass and seaweed samples. Our capable friend and boatman Lan brought along two younger boys to carry out island cleanup work. Most of the rubbish washed ashore was carried there by the tides. We believe firmly that being able to make a little difference is better than not making any at all, and were pleased to bring 4 large bags of rubbish back to the jetty with us.

We walked around the uninhabited island in search of the elusive octopus that Serina had spotted the week before. I didn't get to see the octopus this time, but I did get to get up close and personal with some of the commoner marine fauna. We returned to the Research Centre around noon so Serina could sort and tag her seaweed samples.

I was initially concerned for Serina that she would be living on her own in the village, but once I was there, we realised that she is in good company. I am happy that Serina will be surrounded by friendly flora and fauna and will get to witness sunsets of indescribable beauty each day. I am relieved that she will be surrounded by kind kampung folk who will treat her as a member of their extended family, and who send children over with food in the evenings just in case she hasn't eaten.

Oscar Wilde was right in saying that "Anybody can be good in the country", but that is not for want of temptation. I prefer to think that our chakras are more balanced out in the country, close to the Earth. Being in the City for too long leaves me in throes of existential angst, forever searching and waiting for something that does not materialise, constantly pitting myself against others in a contest I didn't know I am a participant of.

I am not going to pretend that Serina will have an easy life out on her own as an environmental activist and educator, but I want her to know that I will always be ready to drive down to Johor at a moment's notice if ever she needs me to.

So here's to you, Serina Rahman. I am a better person for having known you. Don't forget that I am just a phone call away, and no distance will keep us apart. Godspeed and don't forget to look us up when you make your monthly sojourns back to the City. 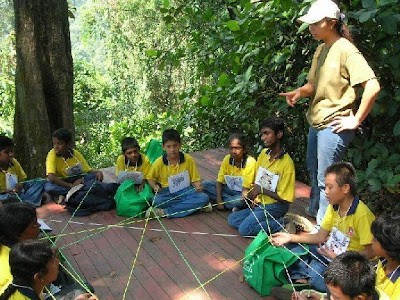 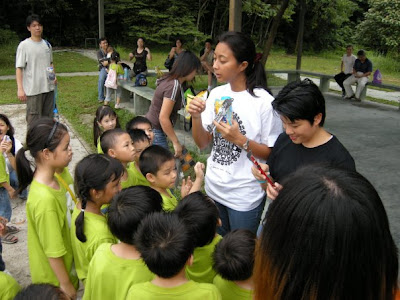 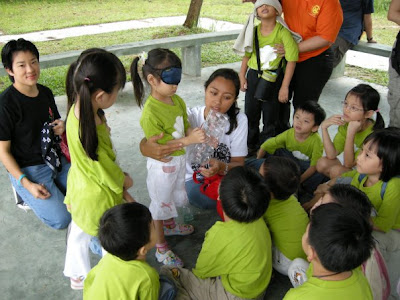 Do you love me Peter?

Then feed my sheep.

Thank you, Major Jeffrey. I understand that to mean that if I love someone, I must show it, not merely speak of it. And I must look after those that Serina loves and vows to protect too. I must, I have and I will!

Good Luck to Serina..you guys are really amazing with all these environmental contributions..always bonding with the natural environment causes..I don't even know how to word it!
But..fantastic job and very admirable of you and your friends!

Thank you for your kind and encouraging comment, Datin. We have only one Planet, we have to do what we can to keep the environment in a state that can sustain the human population. It's sad when governments put political and economic interests first. Political and economic interests can go hand-in-hand with environmental protection. That's what Serina and many of us try to do. I am inspired by Serina and proud to be her friend.

The world is so small today, E. With the phone, and the internet, we're always just a click away. And, bonds can stay strong if we just make the effort. No one is out of reach, unless we want them to be so.

Serene sounds like a very interesting person. You do soooo much for the environment, you should write a who's who and what's what guide. BTW, giving you one of those bloggy awards today. Cos Covert Ops is interesting...

Telling Atlas to shrug would add another welt to his pelt. Since he's been doing it for eons, I might tell him, "Carry on, Sarge, but don't shrug!"