"If you saw Atlas, the giant who holds the world on his shoulders, if you saw that he stood, blood running down his chest, his knees buckling, his arms trembling but still trying to hold the world aloft with the last of his strength, and the greater his effort the heavier the world bore down upon his shoulders - What would you tell him?
I…don't know. What…could he do? What would you tell him?
To shrug."
- From "Atlas Shrugged", by Ayn Rand.

I tendered my letter of resignation today. Plan B is in place, although I am confident that Plan A might just materialise and fall into place before my one-month notice period is up.

I have not felt so upbeat in weeks. With Liverpool second in the Premier League table, and the High Court deciding in favour of the rightful Menteri Besar of Perak (see: The Star, 11th May 2009), (Postscript: As at 12th May 2009, the deposed Chief-Minister-that-never-was has been granted a stay of execution on the High Court ruling. The people are now lobbying for dissolution of the state government to pave the way for fresh elections, which is the only truly democratic way to resolve the matter.), I really can't imagine how things could get any better than this.


Except perhaps success in rescuing all the abandoned dogs on Pulau Selat Kering and finding a permanent solution to the problem of stray overpopulation. (See this SPCA bulletin). First of all, let me explain that the abandonment of the dogs was done out of sheer ignorance and apathy, not intentional cruelty. The international community and animal welfare groups have derided, criticised and condemned the impoverished and functionally-illiterate residents of Pulau Ketam enough. Let us now work towards developing a long-term solution to the problem of stray population.

Friends have been asking me if I were involved in the rescue operations. How could I, when I am stuck in a job which requires me to work 12-15 hour days and which leaves me sick with coughs and colds every week (Thanks to all my ailing colleagues who could not go on legitimate medical leave due to our incredible workload and the fact that our clients and bosses have the persistence of Jehovah's Witnesses even when our cellular phones are off)?

Over the weekend, however, upon discussion with Cunera, Murugan and the others at the SPCA, I have agreed to assist in coordinating efforts to draft veterinarians who operate private practices to sign up to volunteer their services, just for one day each, to spay and neuter the strays of Pulau Ketam. That way, we will not have to put undue strain and pressure on a small team of veterinarians.

If we could get every private practitioner and veterinary assistant in the Klang Valley to just pledge to come for one day each (based on the estimate that a qualified and experienced vet could neuter 5-10 dogs or cats a day) and ear-tip or collar them for identification, we could neuter almost the entire stray population within 2-3 months.

In addition, concerned animal lovers without veterinary qualification could also volunteer to assist in the quarantine area by giving the animals tick baths and providing post-surgery care until the animals could be safely released.

We will need the commitment of the local authority/town council to allow us the use of their premises for the makeshift surgery and quarantine area, to provide manpower in keeping the area healthy and clean and to transport animal pre- and post-surgery.

Until this programme could be implemented, the SPCA and other animal rescue groups need:
1. Animal food and jerry cans of fresh water;
2. Volunteers who are able to handle dogs; and
3. Anyone who could lend us their speedboats / any fishing boat with an outboard motor.

As for me, I believe that for the sake of efficiency, volunteers and contributions-in-kind should be redirected to areas most appropriate and most in need, therefore I shall continue to provide the assistance that I am best-equipped to provide: Helping out in the SPCA shelter, providing other forms of animal care, drafting letters, announcements and press releases and coordinating a taskforce when so required.

Left the hellhole of an office by 2130h, the earliest I have left the office in weeks, and walked over to the Buddhist Maha Vihara in Brickfields for Wesak Eve prayers.

The weather has been apocalyptical lately, fit to burn the tyres right off cars on the road. Steam rose from the hot asphalt as I plodded to the Vihara at 2200h in one of those rare occasions where I actually make time for worship.

The entire Vihara had the atmosphere of a fairground. Devotees and petty traders thronged the street, and lion and dragon dance troupes entertained the crowd. I made a cash donation, collected my little bundle of joss sticks and looked for a place for quiet contemplation and prayer.

I spoke to the Gautama and asked that humans learn to embrace their roles as stewards of the environment, animals and each other. I recited the transference of merit puja to transfer my merits from the entire week to the dogs of Pulau Ketam who had perished on the Island of Death. (My sins and transgressions are mine to keep; only my merits were transferred to the dogs.)

I've never been very diligent in praying and soon I found myself susceptible to intrusive musings again, such as whether the London cast of "Jersey Boys" is better than the Broadway cast, whether I should do penance for all the red lights I have run and illegal U-turns made, and whether Gerrard and Torres will stay injury-free long enough to lead Liverpool to the top of the Premier League table.

I spent some time in the main prayer hall reciting my Homage to the Buddha, Seeking Refuge in the Triple Gem and Panca Sila in Pali. After speaking to some members of the youth group who were interested in having me come over and coordinate an environmental stewardship session and some other volunteer projects for them, I left the Vihara, had a vegetarian rice dumpling for my supper and made my way back to the 'Quarters to spend the rest of the night on housework and my preparations for the upcoming Malaysian Nature Society Open Day. 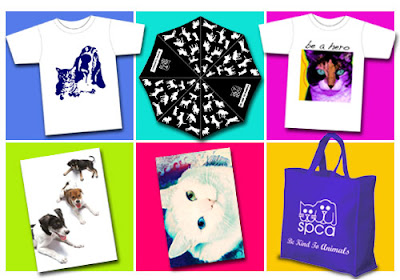 Cleaned the 'Quarters, weeded the garden and turned the recyclables in at the collection centre before leaving for the SPCA. Rows of empty jerry cans and freshly washed gumboots outside the SPCA Bungalow told me that the Pulau Ketam dog rescue operations are still going at full force.

Went down to the Shelter to assist in washing the dogs. Reve and Marianne were dealing with the visitors and I was pleased to see that we had a few adoptions today. The Front Area was full of cats and kittens, and I got to work cleaning out the litter trays while Marianne prepared wet food for the fuzzy ones.

The place was pretty near spotless by the time I was ready to leave. I showered and changed at the Bungalow, discussed a few possible projects with Nicole and Cune and then bade all my animal friends goodbye for the week before barrelling back to the parental home for the rest of the weekend.

Mothers' Day was a low-key affair for us this week as Covert Twin and I have already taken the parents out to dinner the week before. The parents had some construction workers over to do some repairs and so we had a takeaway Indian lunch in order not to have to leave the house in case the workers needed anything.

I cleaned the house, polished the furniture, cleaned the kitchen, gave Amber and Chocky their baths, weeded the garden and potted plants and played a round of Scrabble with Covert Mum. I asked Mum if she would like to have a new Scrabble set as a Mothers' Day gift, but she thought that it would be a waste of money since the old set was still usable. Perhaps I should get a set of Sharpies to fill in the letters that had been rubbed off instead.

In the evening, I took Amber and Chocky out for walks and gave them their dinner so I could take the parents out to an early dinner at a nice restaurant. Went back to the 'Quarters shortly before midnight to revel in the attention of the Rowdies. 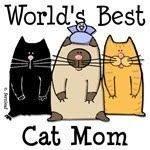 Loved your post, as usual. And as usual, it made me tired just reading about all the stuff you do!

I hope Plan B works out; but if Plan A involves working shorter hours, then go for it!

Would you agree that the shine is lost on Mother's Day? It's so yesterday lah. Hahahaha.

Big hugggg for you, from Calgary :)

Hi
Just dropped in to say 'hello'.
Good work with the animals; giving so much of yourself and being their friend.

Happy Mother's Day To Covert Mum! You are so lucky to have a beautiful hearted and big hearted lady like CO 78!

No one is so very rajin like you dear girl!You have so much love for animals!Hugs from me too..

Ee Lynn how the hell do you pack so much into one week? Do you ever sleep?

With all the things you do, karma has got to go for Plan A!

Dear Pat, Keats, Mamasita and Ellen, thank you very much for your kind comments!

Thank you, Mamasita, for your Mothers' Day wishes for Covert Mum.

Pat and Ellen, Plan A will take time to materialise due to crippling bureaucracy but Plan B is looking more and more attractive by the minute! 2 and a half weeks more until I leave this hellhole to work from home!

A special big Thank You to Ellen for awarding me the World's Best Cat Mom award! I am delighted and touched and proud beyond words and I reciprocate with the same award -- You are an amazing Mom to Target and Au (and let's not forget Scoop) too!