After years of applying to purchase the land that our animal shelter is situated on, SPCA Selangor is finally able to legally own the premises, thanks to the efforts of the Selangor State Government, which approved the application for land alienation. For the past few months, all of us at the shelter have been very excited over the plans to transform and remodel the animal shelter into an aesthetically-pleasing eco-friendly shelter that can house 300 dogs and 200 cats. 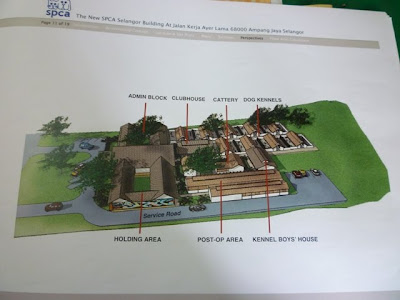 Dr. Lim, the General Manager, let me have soft copies of the construction plans in PDF format. 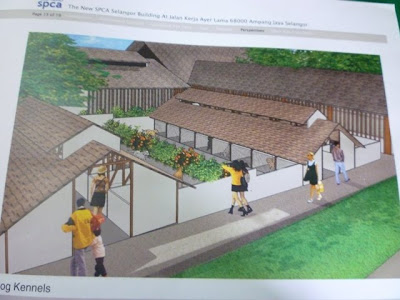 The new eco-friendly facility is designed by award-winning architect Hijjas Kasturi, who offered his services pro bono. Hijjas Kasturi, his wife and his family are no strangers to volunteering and have dedicated a lot of their time, effort and resources to worthy causes. 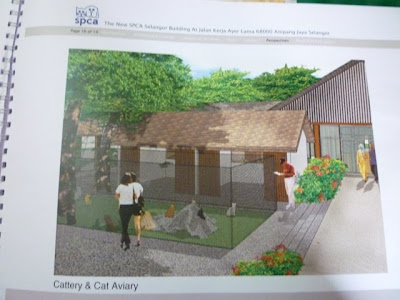 I had proposed getting Green Cones (pet waste composters) for the non-covered substrates, and Dr. Lim has asked me to conduct a little research on its practicality, durability and availability in Malaysia.

To raise funds for our highly ambitious remodelling plans, SPCA Selangor organised a fundraising dinner featuring Chairperson Christine Chin's husband, Donne Ray Radford, who would be singing R&B, soul and funk hits from the '70s and '80s. I have heard Donne perform before, at the fundraising do at Noble Banquet in 2007, and was delighted to be offered a seat at the volunteers' table. I knew my parents would enjoy the dinner and programme, and so we purchased dinner tickets so we could attend the event together and contribute to this worthy cause. 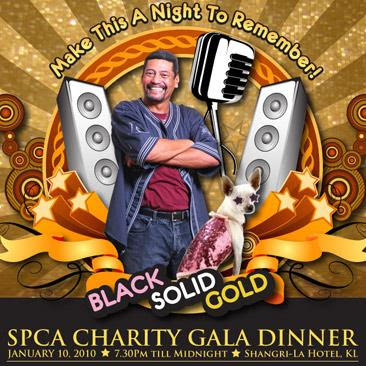 I was helping out at the SPCA on the Saturday before the Charity Gala, and there was much anticipation in the air. When I was bathing and tickwashing dogs with Rose, all we nattered about was about who we would be coming with, what time should we arrive, and who would be carpooling with others. Later, when I was cleaning and disinfecting the cages, kennels and Cattery with Reve, we chattered about who else would be at the dinner, what we would be wearing and whether we should help out at the Merchandise Booth or just sit back and enjoy the music.

After I had finished cleaning the shelter, I went up to the SPCA Bungalow to shower and to help Nicole and Jacinta load the truck with the boxes of dog and cat food that would go into the door gifts and goodie bags. We spent the entire time obsessing over what to wear, if we would be the only ones in retro outfits, and whether bellbottoms were technically appropriate. We knew we were in for a treat, and we weren't disappointed!

The Charity Gala, which took place at the Sabah Ballroom of Shangri-La, was highly successful. I encountered friends that I haven't met in years, among them Faridah Merican and Joe Hasham, who ribbed me about when I could come and repair and catalogue books for them again (I had volunteered at the Actors' Studio bookstore in my teenage years). Merchandise sales were brisk. Nic and Jac were kept very busy attending to all requests. There was even a wine auction and a magic show as precursors to the main attraction. 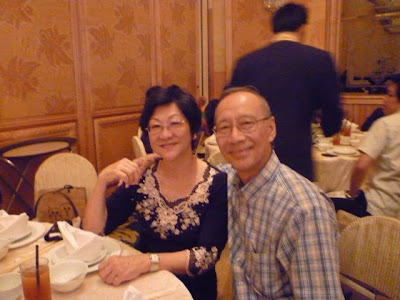 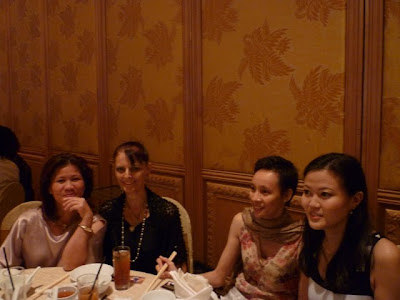 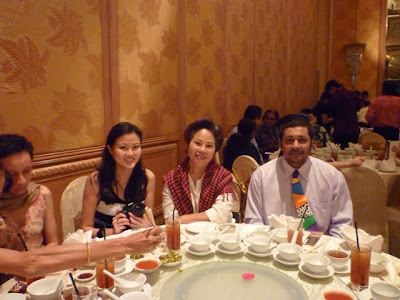 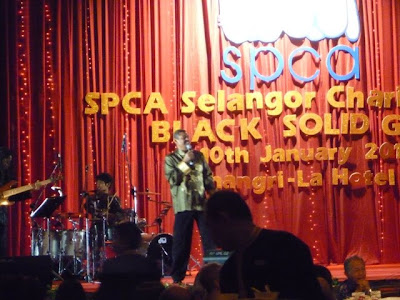 Donne Ray Radford, former lead singer of The Platters, in his element. You couldn't help but want to get up and dance! 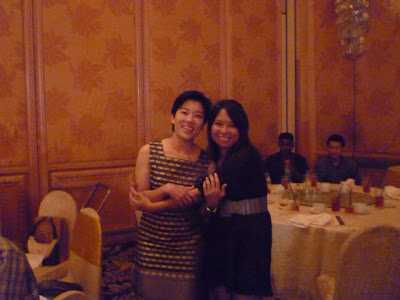 Nicole and I, dancing to Donne Ray's rendition of "September".

By the time the emcee wanted to announce the ultimate round of Lucky Draw, it was past 2300 hrs and many of the guests had already left, so they decided to give out prizes in a Scavenger Hunt-type contest. For the second prize, the emcee asked for "an RM50 note, an RM10 note and 2 five-sen coins". I had all of that in my purse and so I ran towards the podium in my heels, swaying like a poplar tree in high wind, and plonked the money down to show her. I didn't know what I was supposed to win; I just didn't want to miss out on the fun! 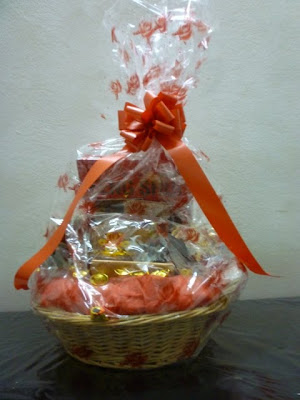 It turned out that I had won an enormous feng shui hamper from World of Feng Shui! What rum! Am not sure what to do with it, so the hamper is still sitting in the closet in the spare room!

As we would say back in the '80s, it has been a most excellent party, fur sure!

To find out ways to support SPCA Selangor, come visit our current animal shelter any day, from 0900 - 1600 hours!

My buddy Mizan celebrated his birthday on Saturday, and so we had a HUGE get-together at our friendly neighbourhood pub, On-Line Pub, Damansara Kim, together with the other regulars, on Monday, Jan 11. 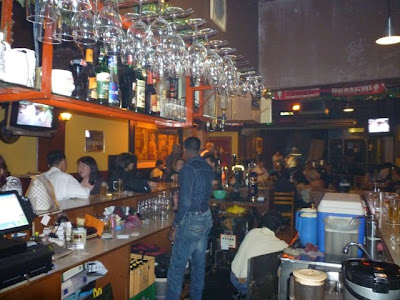 The Balachandran brothers were kept very busy by all the customers! 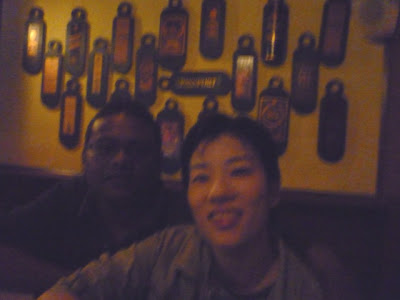 Goofing around with my buddy Andrew. 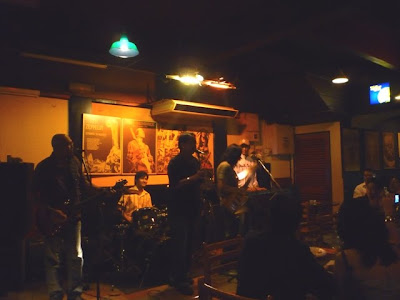 Mizan, backed up by a band, for a change! 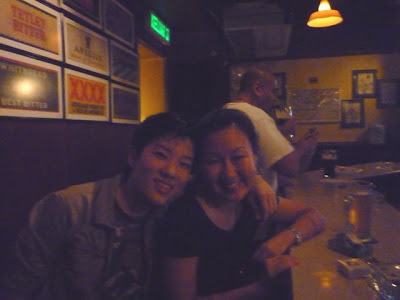 Lili and I really feeling the music! 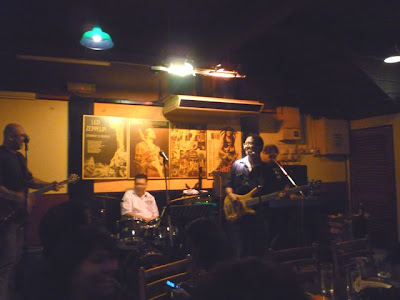 Gerrard Singh, Mizan and the band performed classic rock numbers, including U2’s "With Or Without You". 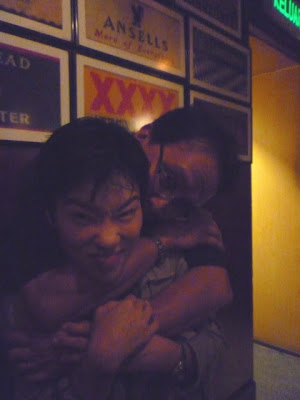 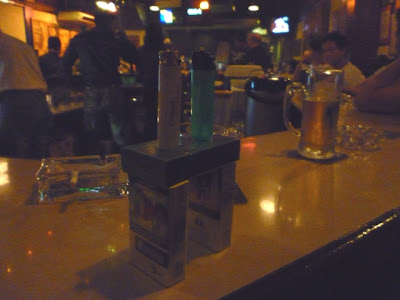 Many Happy Returns, Abang Mizan! We built this monument for you, ha ha!

CO78,
I like the look of that cattery and cat aviary. Are you all going to fundraise for the new buildings? My Mama asked if it's possible to donate for a particular facility such as the cattery instead of for the whole project? Oh, and we hope SPCA now has online donations facility that can accept international transfers. The last time we checked, they don't. So, we gave our allocated donation for animals last year to the Aussie RSPCA. They are fun people too. purrr....meow!

Dear Kitties-in-Sydney,
The SPCA is carrying out fundraising work right now. Corporations and individuals are encouraged to sponsor the construction of the living quarters. I know that for the dogs it's something like RM5,000 per eco-kennel, and each kennel can house 3 dogs and be expected to last at least 10-15 years. I will check with them on the sponsorship of the Cattery. Perhaps your Mama would like to sponsor a sleeping unit which could house a family of cats. Please thank your Mama on my behalf, for her generosity. It's so nice to know that she still is keen on helping out, across the miles.

I liked the post 'this side' better ;) It even has a pix of Covert Mum and Dad!

And, I must agree that the new SPCA looks fine! The kitties and doggies will love being there - but hopefully, for just a bit before they get adopted.

I had a student called Mizan way back when. You didn't have a good enough pix up for me to see if this was him :(

But nvm, you all look like you were having great fun!!!

Hey, we even have the SPCA Selangor link on our blog. It's after the blogroll. Oh, our other fun people are the folks at Wildlife Victoria. They do heaps of good work too, but for our "wilder" family, not pets or potential pets. purrr...meow!

Love this great piece of news! Excellent work, well done everyone:)) Will also chip in to donate.

Thank you for dropping by and liking my blogpost! Covert Mum and Covert Dad had fun!

Mizan's full name is Amizan Ariffin and he runs CK Music and performs gigs. From Kulim. Ring any bell?

Love to all at home!

Thanks for supporting our little shelter! I'd love to come to Australia someday and volunteer at all the rescue centres and wildlife sanctuaries!

So good of you to support us! Thank you very much! We had fun! Am trying to source salvaged building materials so the shelter will have a smaller carbon footprint. Please do let us know if you know of anyone who is tearing down a house etc. Thanks!

hi!
i seem to have hopped off the radar - partly because i have to depnd on the husband's laptop -- gah!
i shall hopefully update the blog on the weekend -- we had fun at a non federal territory -- cameron highlands.

and it's great to see covertmum and covertdad! (encore encore in future posts)

and lucky you for winning a hamper!

will go off to read more of your entries, now.

Thank you for coming by, Mum-In-Malaysia! I've missed you. I hope you had fun at Cameron Highlands. Can't wait for the Blog4ft results to be announced -- I've been voting for you daily until the closing date!