A Weekend Warrior's Record of Recces and Sorties

There comes a time in our lives when we must answer the call to perform an uncharacteristically intrepid deed. For me, that means waking up early on a weekend.

Come to think of it, waking up early any day would count as a stupendous act on my part. I must regretfully confess that I have been late to work so often and have been leaving the office so late at night that my managers probably believe me to be either a werewolf or a vampire by now. Still, I can probably continue to get away with it simply because I work very long hours and have been producing results in a largely dependable fashion.

And so it was a rather scruffy and sleep-deprived CovertOps that turned up, like a bad penny, at the Malaysian Nature Society Open Day committee's reconnaisance of the event grounds at Taman Lembah Kiara on Saturday morning.

The Open Day organising committee, comprising Ilyas, Hashimi, Pasu, Leo and myself, has had an initial recce of the said event grounds but arranged to return to study the feasibility of conducting certain activities now that we have a better estimate of the space we will need to take up. It was a sunny morning and the park was full of joggers, picnickers, cyclists, skaters and gaudily-dressed wedding photography studio models who were led to believe that being photographed against a background of tea-coloured streams and sweaty Hash runners would help bring in customers. 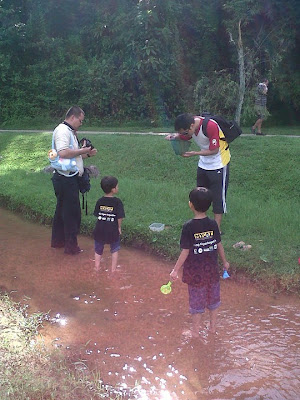 I met up with Ilyas, Hashimi and Hashimi's little daughters at the stream, where they were busy conducting a stream ecology exercise. 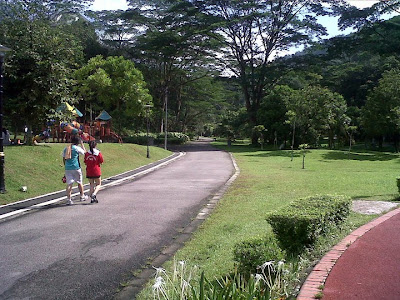 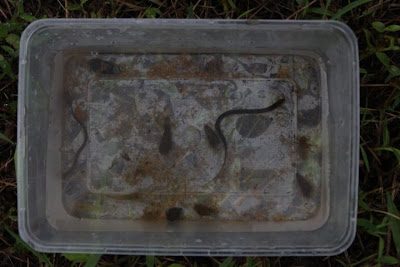 Tiny freshwater eels and riverine insects tell us that our stream ecology exercise will be a productive one. 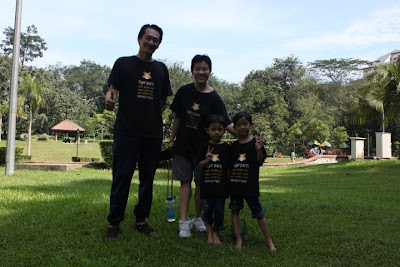 This must be the strangest of coincidences! Of the dozens of MNS and other wildlife and conservation-based t-shirts we have, Leo, Hashimi's daughters and I all turned up wearing the MYCAT "Tiger Parts" t-shirt on Saturday morning. Fearful symmetry, indeed.

After the reconnoitre exercise, I made a sortie to the Bangsar Shopping Complex to meet up with my friends. 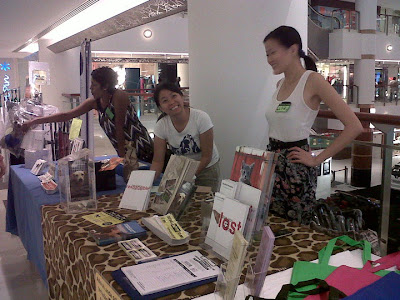 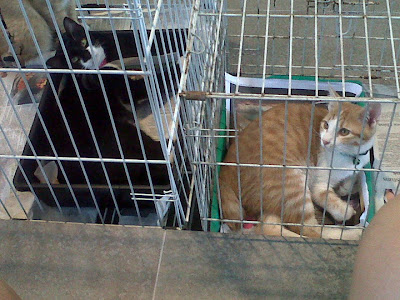 Lovely kitties waiting for good homes at the SPCA Outreach and Adoption Drive at the Bangsar Shopping Complex. 2 puppies were adopted on Saturday.

We discussed some matters pertaining to the shelter and certain education and advocacy projects before I left the Outreach Booth to go to the SPCA Shelter around 1130 hrs. Rose and I got to work bathing and tickwashing the dogs in the B-Extension Kennels and the free-roaming dogs in the Central Area at noon. 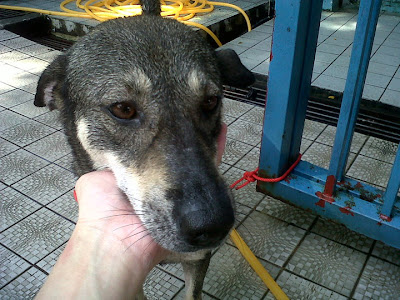 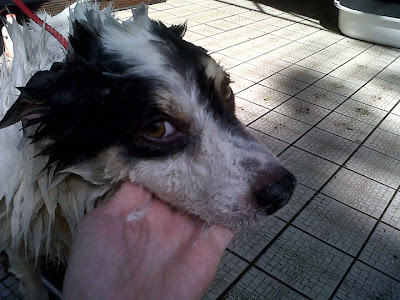 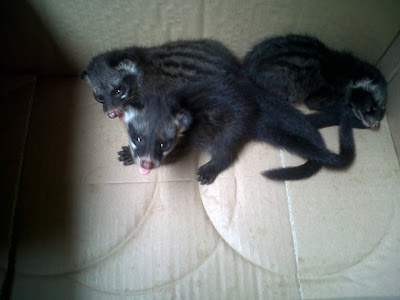 3 orphaned baby Asian Palm Civets were surrendered to the SPCA on Saturday afternoon. The man who brought them over seemed nervous and anxious when I asked him where he found the civets. We had to bring the civets to Zoo Negara as we could not keep civets. Asian Palm Civets are listed in Appendix III of CITES, which means their status is reeeeally dicey and wholly dependent on national legislation. Good luck, baby civets!

Rose and I finished bathing approximately 30 dogs by late afternoon, and I proceeded to clean and disinfect the shelter until 1900hrs.

Went back to the parental home on Sunday to clean the house, bathe Amber, take Amber and Chocky for walks, tidy the garden and complete some office work which I had brought home in my waffle-sized Netbook.

It's been a pretty awesome weekend, as far as Malaysian politics is concerned. DAP's victory in the Sibu by-elections is testimony that you can fool some people sometimes, but you can't fool all the people all the time. (Credits: "Get Up Stand Up", by Bob Marley.) Corruption and crony-based politics is on its way out. The new generation of voters is not afraid anymore. Voters are no longer afraid of facing up to the truth. If the March 2008 General Elections has ever left a legacy, it is that of the courage to choose. And if inclusiveness and choice do not form the essence of a participatory democracy, what does?
Posted by ~CovertOperations78~ at 18:55

CO78,
"gaudily-dressed wedding photography studio models who were led to believe that being photographed against a background of tea-coloured streams and sweaty Hash runners would help bring in customers." - those are still around? What if we let loose the Punk and Grunge Mama among them? har har har *evil laughs*

Ooooooo, those civets are so tiny! I hope they are ok, and are doing well at the zoo!

Punk and Grunge are adorable!

Dear Kitties-in-Sydney,
That is a very good idea! I would like to let Punk and Grunge loose there too. The models were totally Ah Beng and Ah Lian. The boy had blonde-streaked hair hanging over his eyes and teeth that look like they haven't been brushed from the time he was born. The girl had bright orange maggi-mee hair and black polkadot fishnet stockings. It was so weird. When the boy twirled the girl around, my friends and I fell down laughing.

With the state the National Zoo is in, we really can't guarantee the civets' well-being, which is incredibly sad, but we can't do anything about it because we are not permitted by law to keep the poor babies. I know friends who have hand-raised baby civets, though. Soldier Man found one stuck in a chain-link fence and raised it for a few years. I think it's a her.

Hi
~Covert_Operations'78~,kudos to the hardworking volunteers who keep up with the adoption work in the malls etc.

Thank you, Keats! Please do spread the word to your friends who may want to adopt new furry family members.

The opening of your post was sheer delight. For the nocturnal person you seem to be and for this confirmed one, waking up early is such a huge undertaking. Thanks to your "intrepid" characterization of it, it becomes heroic.

Thank you for your support for tiger conservation! Tiger x 4 is correct. Funny coincidence, that!

Waking up early is sheer hell. This is why I retired from competitive birdwatching. I am so surly in the mornings, I derive no joy from tramping around the damp trails at dawn spotting birds that I could not see before I have had 5 cups of coffee. Wonder what the birds have to be so cheerful about. A worm is a worm is a worm. Get on with it, birdies! You can sleep in till 11 a.m and get worms just as well!

Dear Ili,
Sometimes I wish you were here too, but then I realise that you are now pursuing your dream! I hope you will still be interesting in volunteering and doing outdoor stuff with us when you come back from Japan!