Terrance Stanley Fox (Terry Fox) was a sports-loving young man who was only 19 when he was diagnosed with osteosarcoma, a form of cancer for which the causes are still largely unknown. Upon diagnosis, the only known way to treat the cancer was to amputate young Terry's right leg several inches above the knee.

At the age of 22, Terry Fox established the Marathon of Hope. He decided to run from coast to coast in Canada with the objective of raising $1 from each Canadian citizen for cancer research. Terry Fox had run 5,085 kilometres by the end of his training, in preparation for the Marathon of Hope. This was in spite of his existing heart condition, left ventricular hypertrophy.

But Terry Fox's courage and spirit lives on in the Terry Fox Run, which has evolved into a worldwide event to raise funds for cancer research, to commemorate the determined young activist who died too soon and as a show of solidarity and support for those affected by or who had lost their lives to cancer.

The Terry Fox Run is exceptional in that it has no corporate sponsorship, is non-competitive, and has no winners or awards. The purpose of the Run is to create public awareness and raise funds for cancer research. The Terry Fox Run was first held in Malaysia in the early 1990s, and Malaysians, ever generous, have never failed to show support for the event by participating in ever-increasing numbers. 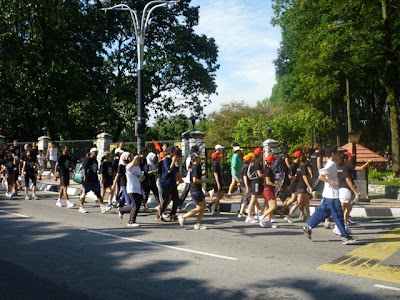 I arrived too late to assemble with the rest of the participants, but it is never too late to join in the Run! There is no registration requirement. Participants merely have to purchase the t-shirts for RM25.00. 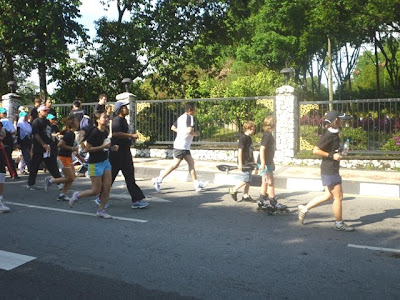 Let’s follow the high-spirited crowd to the Lake Gardens. Participants can skate, walk, run, bike or even ride in prams, if too young! 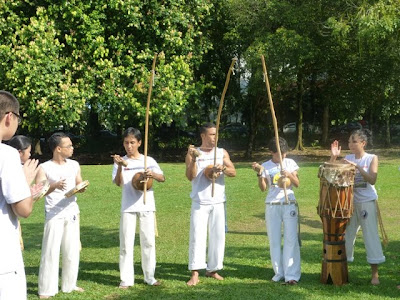 A capoeira troupe lends a South American flavour to our Sunday morning run at the Lake Gardens. 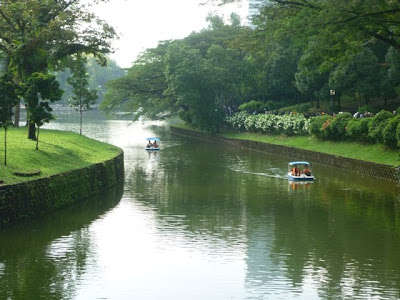 Leisure boats cruise lazily along the waterways in the Lake Gardens as we jog the final 100 metres to the finishing point. 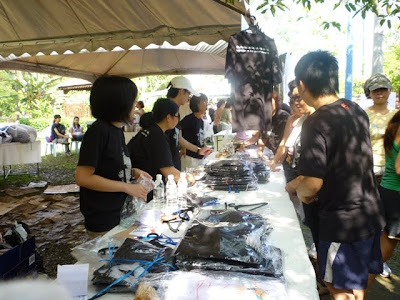 T-shirts for sale to support the cause of cancer research. 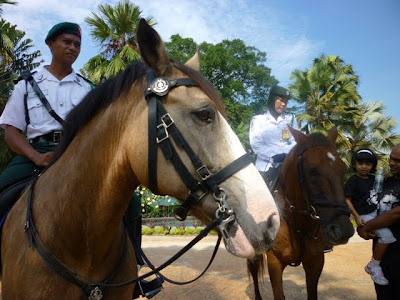 Mounted City Hall officers on horseback to keep order at the Lake Gardens.

Years ago, the cause of ‘cancer research’ would be one that would not rest easily on my animal-loving conscience. Would it entail gratuitous cruelty to animals? Could vivisection ever be justified? Is it ever right to put animals through prolonged suffering? In the last few years, I have come to terms with the fact that animal testing could be categorised into ‘unnecessary’ and ‘justifiable’ testing and research. In addition, since it is always animals with immune responses that are the most similar to human’s that are used in medical research, perhaps advances in cancer research could bring progress to the field of veterinary oncology as well. Also, I am persuaded that cancer research in the last decade or so entails more sophisticated techniques than merely animal testing. Human genome research and human cell and tissue culture testing are all growing alternatives to animal testing.

Cancer knows no political or geographical boundaries. The Terry Fox Run doesn’t, either. Whatever cancer research necessitates, we must acknowledge that more research is required to ensure that cancer can be prevented, treated and managed. Available statistics reveal that cancer causes an estimated 13% of human deaths. The price of inaction is simply too high. For this reason, I salute the heroism, courage and resolve of Terry Fox, who never gave up, who had faith in himself when no one else did. And I salute all the Malaysians who gave up their Sunday morning to run in loving memory of those who had succumbed to cancer, in solidarity with those who live with cancer, and in celebration of the indomitable attitude of a young man who never said die.

Vote for me! Please copy and paste the URL if the voting button doesn’t work: http://savoirvivrekl.blogspot.com/2009/11/terry-fox-run-2009-kuala-lumpur.html

After leaving the Terry Fox Run event grounds, I decided to drop by Bangsar Village to participate in Malaysia's Biggest Breakfast, in aid of the National Stroke Association of Malaysia (NASAM). 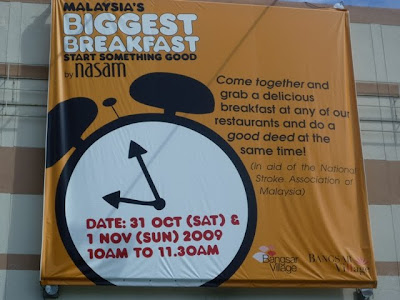 The event was a collaborative effort by at least 23 food and beverage outlets in Bangsar Village and Bangsar Village II, in which customers could purchase a breakfast set from any of the participating outlets for a minimum of RM15.00. 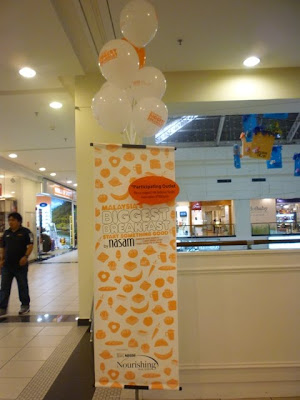 Good Day, Sunshine! A cheery orange-and-white banner festooned with balloons inform shoppers of the worthy cause and invite us in for a cup of joe!

The difference between this event and other fundraisers is that the breakfast sets are fully sponsored by the respective outlets and all proceeds collected from this event will go towards the National Stroke Association of Malaysia (NASAM). This means that the entire cost of the breakfast would be borne by the participating outlet, and all proceeds, and not merely the profits or a certain percentage of the proceeds, would go to the intended beneficiary. 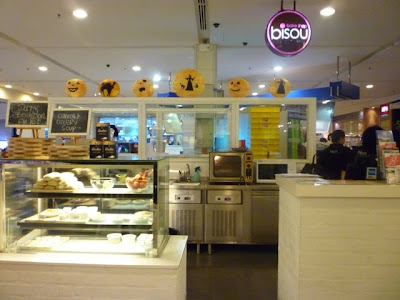 I had the big breakfast set at Bisou Bake Shop, as I needed the energy for all the hours I would be putting in at the SPCA animal shelter later. The service was good, the staff were friendly and courteous, and the food was worth coming back for.

The National Stroke Association of Malaysia (NASAM)
Posted by ~CovertOperations78~ at 00:36

CO78,
My Mama says if she had known you before she moves here, she wouldn't have moved at all. We love you for doing all those, and all in one day? Phew! Where do you get the stamina? Anyway, if we were to take part in the Terry Fox Run, we'll be all decked in pink...teeheehee...purrr....meow!

I would have loved to hang out with you and your Mama too, Angelina! Decked in pink -- I'd put you lovely kitties on a little pram and take you on the Run with me! I lost my maternal grandma to cancer in 1996. The final months were the worst. We felt so helpless, and we didn't know what else we could do but sit by her side and hold her hand when she was in pain.

CO78,
Mama is very interested in the FNBKL thingy. Could you send more info? Email us catinsydney(at)gmail(dot)com, ok? purrr....

Thanks for the purrs. Target is in bed, looking good and purring. Now going out to buy him treats!

You do get out and about a lot. Meet up soon?

Dear Kitties In Sydney,
I will draft the wishlist for FNB and other community projects and send it out, all right? Thanks for the email addie and the offer to help!

Dear Ellen,
Am So, SO relieved to hear that Target is doing better! Poor little Target! We will continue to send him our prayers and healing hugs. Would love to meet up soon. I want to meet your fuzzies if they would let me.

a pity that there were only 10 stars for me to vote.
you should get 30 stars )at least)
i voted.
will vote again tomorrow:-)

Thank you for your kind comment and votes, Mum-In-Malaysia! I think all the volunteers and supporters I mentioned in these 3 posts deserve 10 stars themselves! Food Not Bombs deserves a hundred stars!