Letter to the Editor: Stop Stereotyping the Homeless as Freeloaders 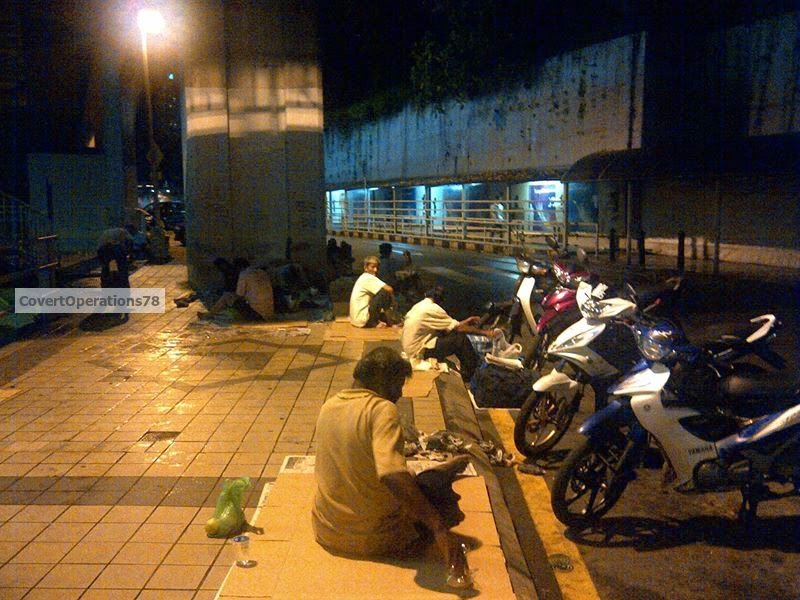 The sweeping generalisations made by Women, Family and Community Development Minister Datuk Seri Rohani Abdul Karim about the homeless being lazy and pampered (The Star, 23 June 2014) demonstrate the ministry’s abject lack of compassion and understanding for some of the most marginalised members of our society.

It is a grim sign of the state of our society when the government ministries responsible for the welfare of its citizens are content to blame volunteers and non-governmental organisations for the burgeoning number of impoverished and homeless individuals. I have been a volunteer with homeless outreach organisations for many years, and I uphold that these organisations and their volunteers are neither naïve nor foolish, as the government implies. Homeless outreach organisations offer more than just food. Almost all offer basic counselling services, employment counselling and referrals, assistance to families and vulnerable individuals, legal advice and assistance, First Aid services and medical assistance, and opportunities for the homeless to find better jobs and re-enter mainstream society. For many of the most socially-excluded individuals, the practical help we extend is our way of telling them: “You have friends. We are here to support you, and help you when you are ready. We can talk, when your stomach is no longer hungry. Here is some food, and you don’t have to resort to unlawful or degrading means to obtain it.”

Most of the homeless individuals in Malaysia are not unemployed, but are working at low-paying jobs. Some have mental illness or are of subaverage intelligence and therefore unemployable. Some lost their jobs due to the deteriorating economy, personal problems, clinical depression or other medical issues. Some are victims of crime, sexual abuse or domestic violence. Some were cheated of their wages by employers, or had entered into business partnerships which failed. Some are senior citizens abandoned by their families and are unable to find a welfare home that is able to accept them. But many are just ordinary citizens struggling to make ends meet and send money home to their families in other towns and villages.

The reason for the rising number of homeless people in the streets of Kuala Lumpur is the same as everywhere else in the world – urban migration for better economic opportunities, wage stagnation and rising costs of living. Rising rent, utility costs and fuel costs mean that low-income individuals who were previously able to rent rooms in the city are now no longer able to afford the same.

While affordable housing is available outside of city limits, the cost of private vehicle ownership and the lack of a reliable public transport system mean that these individuals have no means of travelling to and from work. As a result, many opt to sleep in public areas not far from their workplaces. I reiterate that none of them are pampered, lazy or entitled. All the homeless individuals we have encountered were proud to let us know when they have found rooms to rent, are leaving for better jobs or have saved up enough to return to their villages. They are invariably ready and willing to help one another and the organisations that assist them. NGOs and the food we give out are not the reason people sleep on the streets. Many politely decline food when they have eaten, and ask us to give the food to others in need. Many others care for stray animals, who the volunteers then assist in neutering, vaccinating and feeding. Yet others save on rent so they could send money home to support their aged parents or school-going siblings.

Homelessness isn't a choice. No child dreams of becoming the person sleeping on the streets when they grow up. Somewhere along the way, something went wrong. Our job is to find out what went wrong and find solutions. We cannot punish people just for their poverty and suffering.

The measures proposed by the government may face practical setbacks in their implementation. The government has provided drop-in centres and temporary shelters where the homeless and urban poor can obtain food and have a place to shower and rest. However, these shelters are often not operational or open to the homeless. Therefore, NGOs and volunteers are right to feel concerned that the proposed government-run shelters and soup kitchens may not operate consistently or be accessible to all homeless individuals. There is also the concern that the most vulnerable individuals – the abused, the mentally ill, the differently-abled and the victims of street violence – will not be able to come to the soup kitchens and shelters for the assistance they need.

If the government is sincere in its efforts to eliminate poverty and homelessness, it must first eradicate corruption and the stifling bureaucracy that makes access to shelters and welfare homes an immense challenge. There must be legislation and real measures to implement a realistic livable minimum wage, protect the rights of workers, amend bankruptcy and foreclosure laws, allocate a percentage of land and housing for the poor and disadvantaged and ensure that the latter are reserved for low-income citizens. Long-term solutions can also be found in providing state-funded high quality education and skills training, microcredit loans for the deserving, mental health treatment and assistance for the mentally-ill and substance-addicted, hostels and job training for ex-convicts and former drug users, and legal assistance and safe houses for women who are victims of domestic violence, trafficking or entrapment into the sex trade. Investigations must be conducted into cases of unfair land acquisition, water and soil pollution and other forms of destruction of rural areas which threaten the economic survival of rural communities, causing rural folk to move to cities and end up as squatter citizens.

I was thrilled to see that NST published this letter, almost in its entirety. As with so many of your other letters, it is clear, powerful and incisive. I'm so glad your voice is out there and that it's being heard. Now we just need to pray that those in a position to effect change will heed it.

Thanks, Amanda! The Sun published it today as well: http://www.thesundaily.my/node/260548
Even if we can't get the govt ministries to change their minds immediately, I hope that with more members of the Malaysian public speaking up for the homeless, we can change the minds of our fellow citizens, and this will, in turn, change things. Every little bit helps.