We arrived in Turkiye at 7.38 a.m on Saturday, 24.5.2014 and immediately proceeded with a city tour of Istanbul's best-known historical sites. The sights are breathtaking, the historical monuments awesome, the people friendly and helpful and the food delicious. We returned to Istanbul on 1.6.2014, on the final day of our tour, for the Bosphorus River Cruise and to see the Sultanahmet Mosque (i.e. Blue Mosque) and the Grand Bazaar. 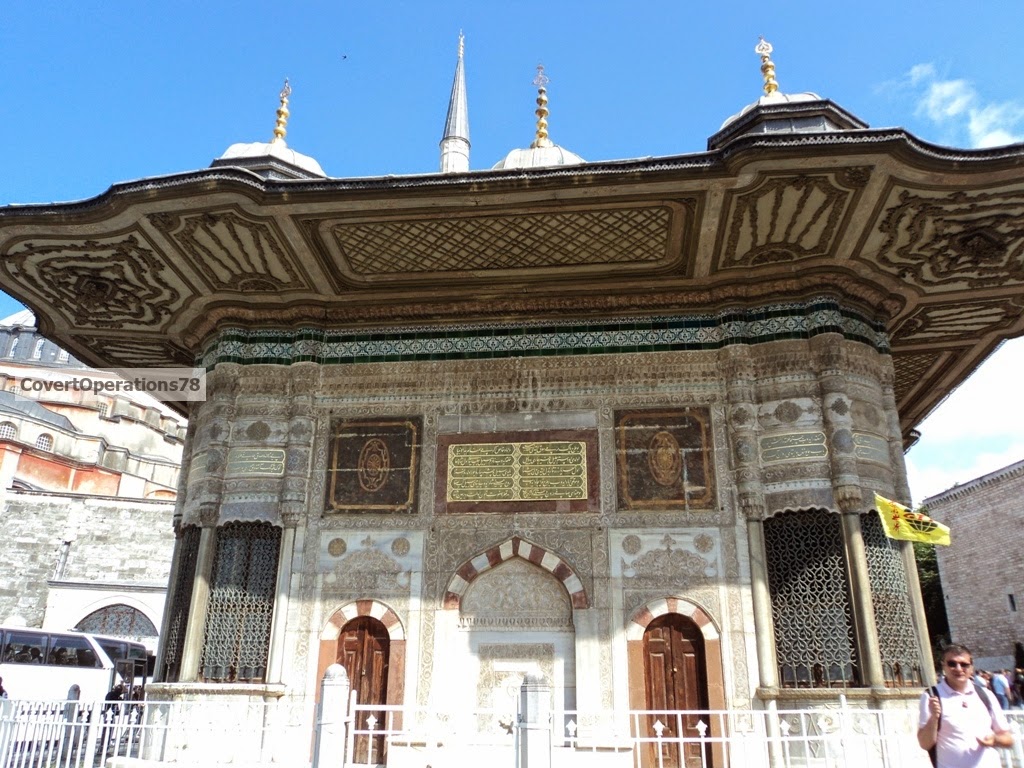 The Fountain of Sultan Ahmet III, built in 1728 in the rococo style in the cobbled square just outside the Imperial Gate of Topkapi Palace. 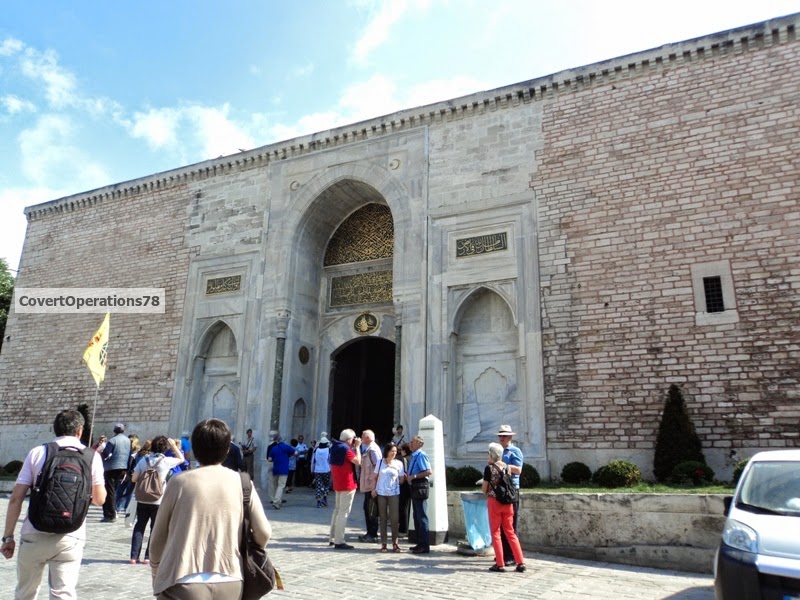 The Imperial Gate of Topkapi Palace. This used to be the court of the Ottoman Empire. Mehmet the Conquerer built the first stage of the palace shortly after the Conquest in 1453 and lived there until his death in 1481. Subsequent sultans lived in this palace until the 19th century, after which they moved to European-style palaces built on the shores of the Bosphorus River. 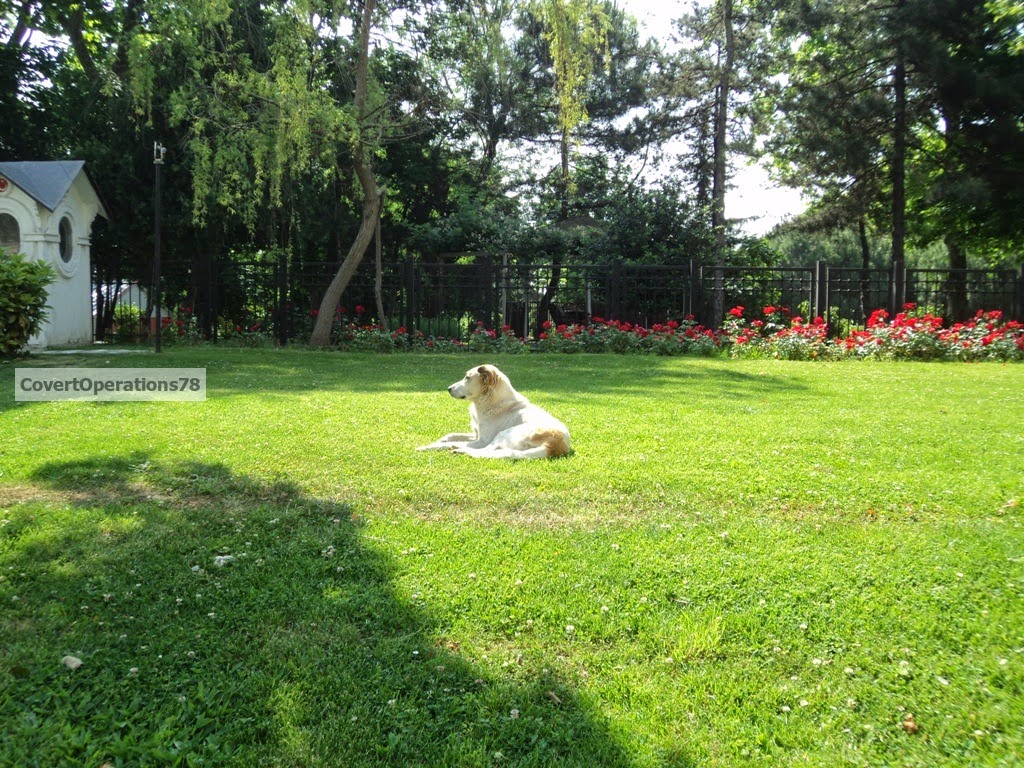 One of the many community dogs in Turkey. They dogs are tame and friendly as they have not faced abuse before. Most of them have ear tags to identify them as vaccinated/disease-free/neutered dogs. 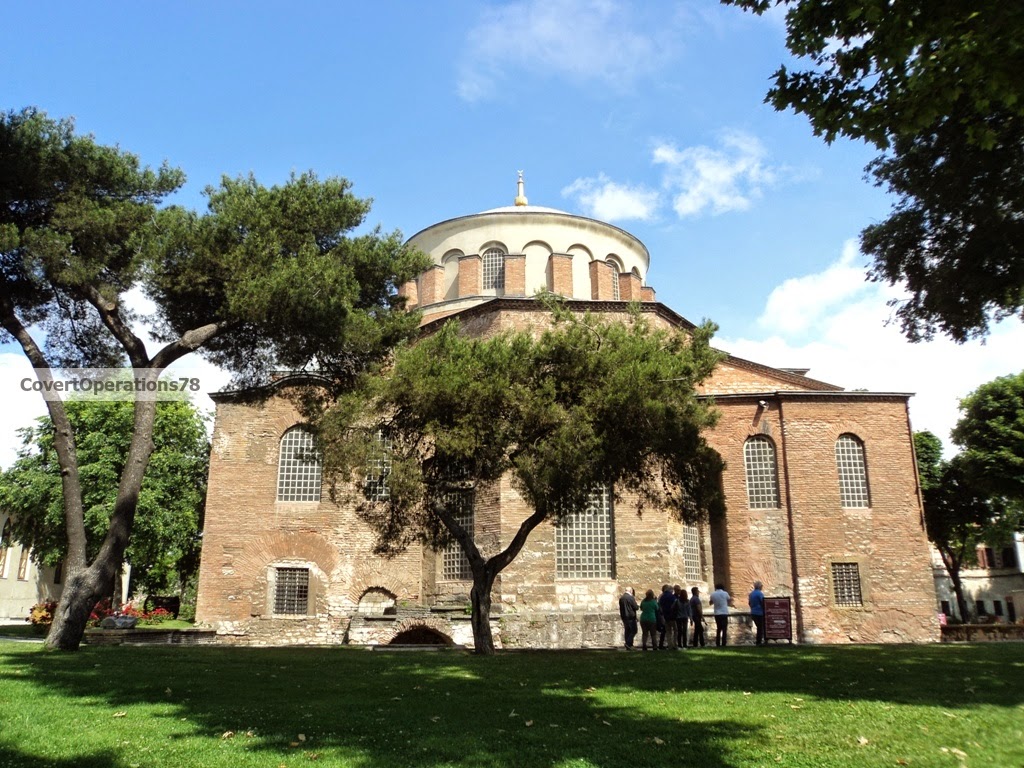 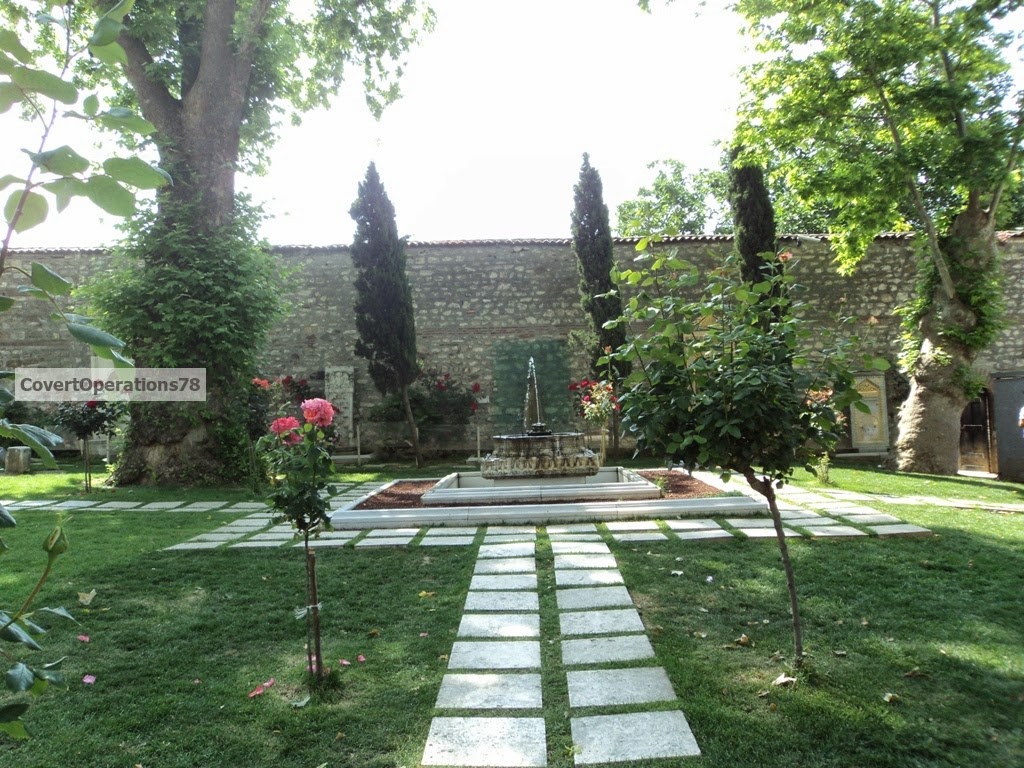 A beautiful fountain within the Palace grounds. 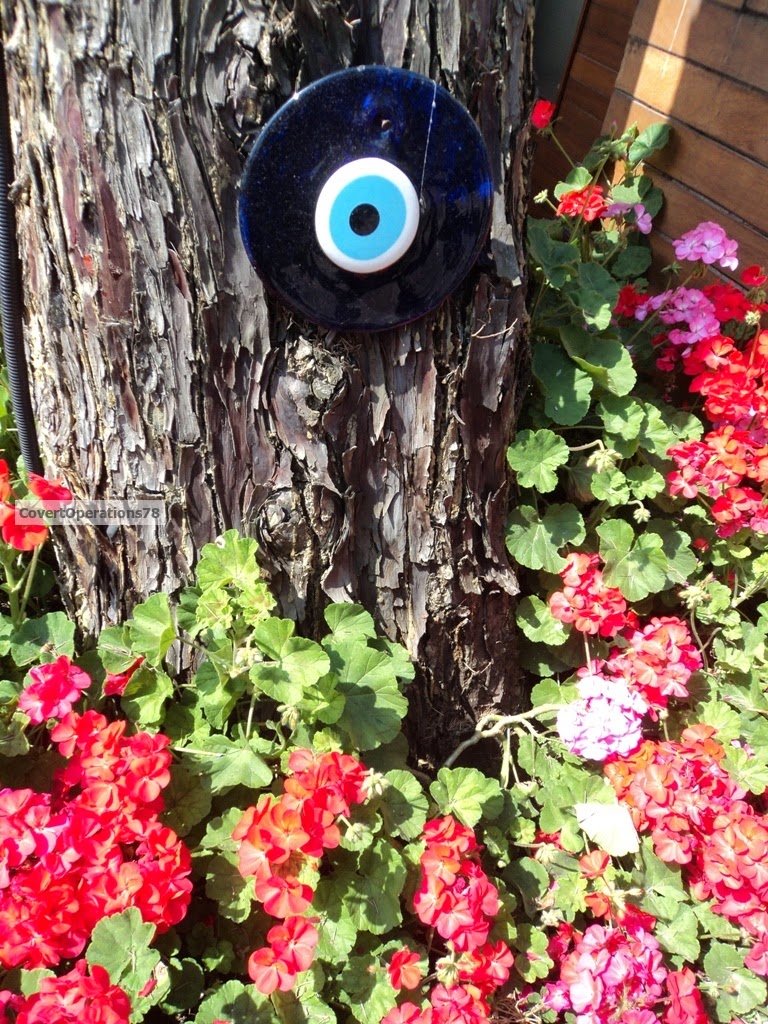 A nazar boncuğu (eye-shaped amulet believed to render protection against the evil eye) watches over some flowers in the Topkapi Palace grounds. 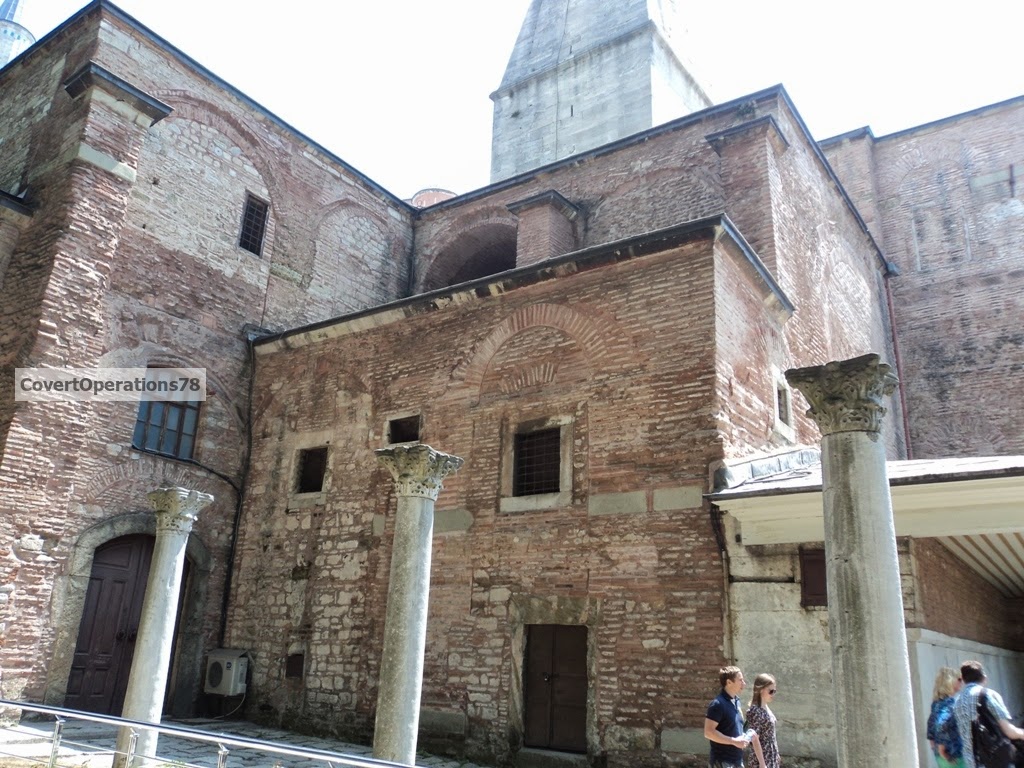 The Aya Sofya was commissioned by the Byzantine emperor Justinian and consecrated as a church in 537. In 1453, it was converted into a mosque by Mehmet the Conqueror. It was declared a museum by Ataturk in 1935 and continues to stand out for its religious, historical and aesthetic importance.

While we were waiting to enter, gaggles of friendly, curious Turkish schoolchildren decided to practice their English with us. "Hello! How are you? Where you come from? You like my country Turkey? I wish you have nice day!" It was positively darling. School uniforms are not compulsory in Turkish public schools, and parents get to decide whether they wish their children to wear uniforms or not. English is taught in schools as a second language. 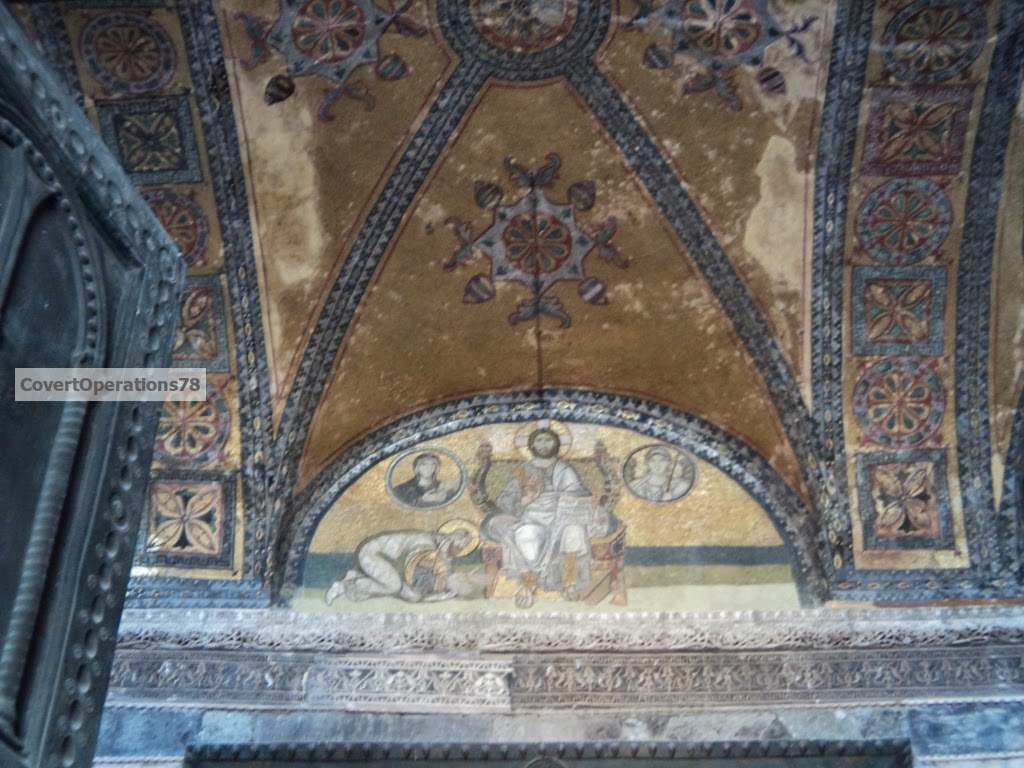 A mosaic of Christ the Pantocrator. The emperor Leo VI the Wise bows down before Christ. In the medallions are Archangel Gabriel (left) and Mary (right). 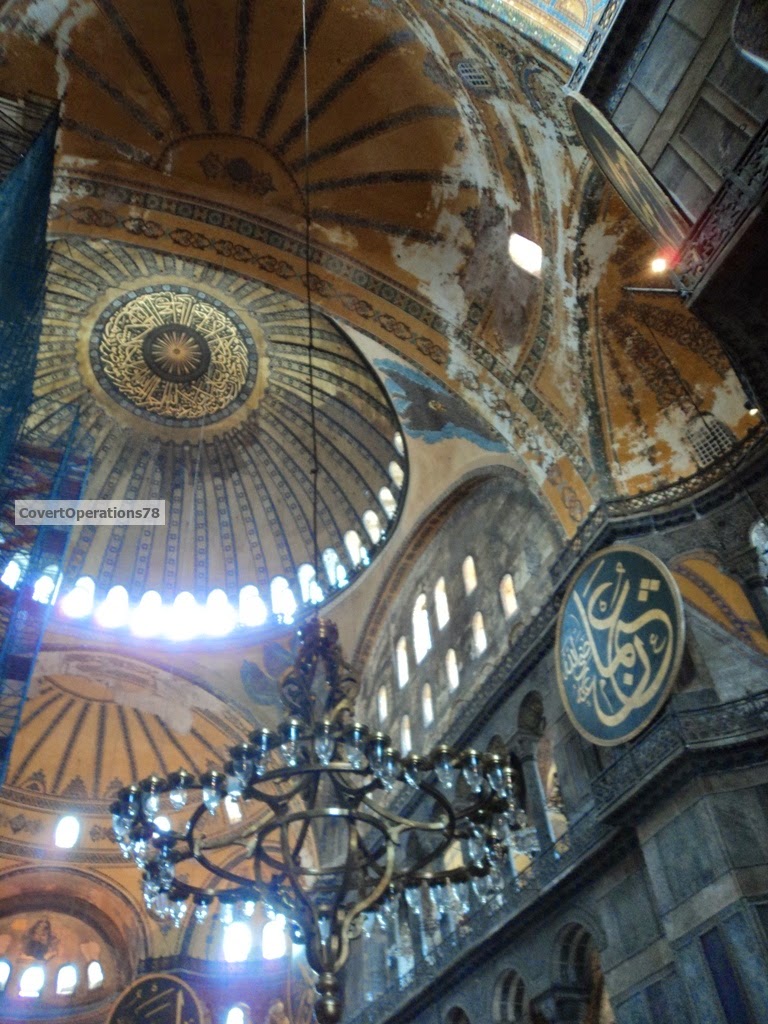 Ottoman medallions from the time the Aya Sofya was a mosque continue to grace the walls. The medallions are inscribed with gilt Arabic letters giving the names of Allah, Prophet Muhammad and the caliphs. 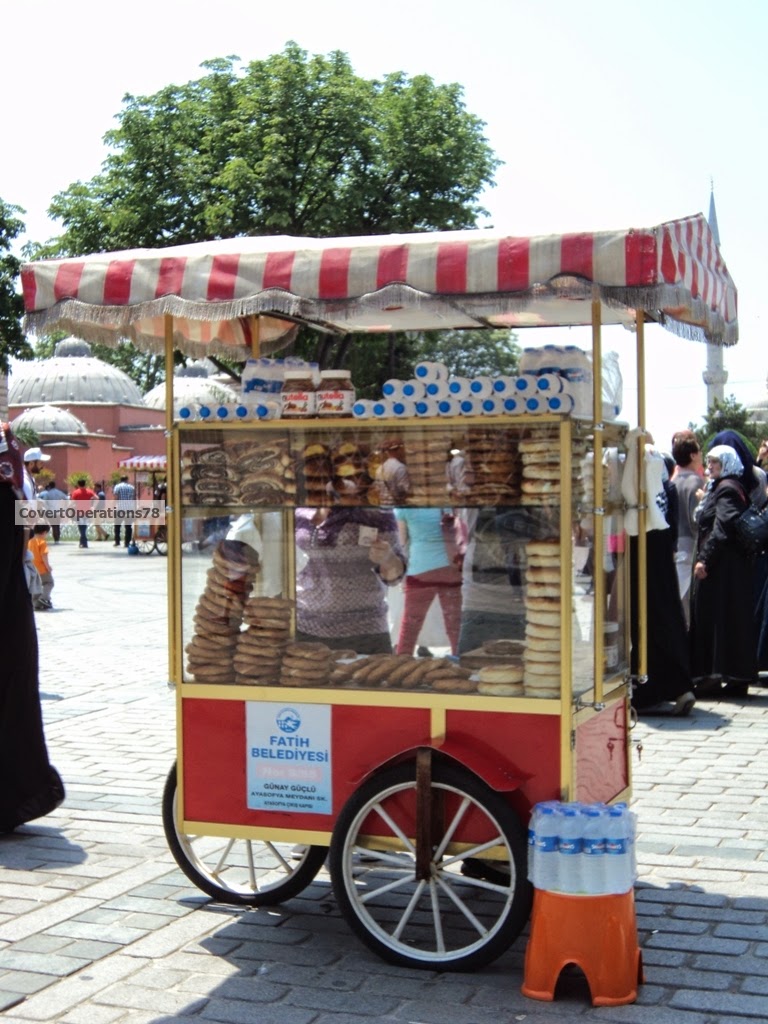 A little cart selling simit, crunchy Turkish bread shaped into rings and covered with sesame seeds, outside the Aya Sofya. Turkish street food is awesome, and vegan snacks and fruits are so easily available! Kaiser Wilhelm's Fountain, at the northern end of the Hippodrome. This fountain was a gift to the sultan and the people of Istanbul as a gesture of friendship from the German emperor when the latter paid a state visit to Sultan Abdul Hamit II in 1901. 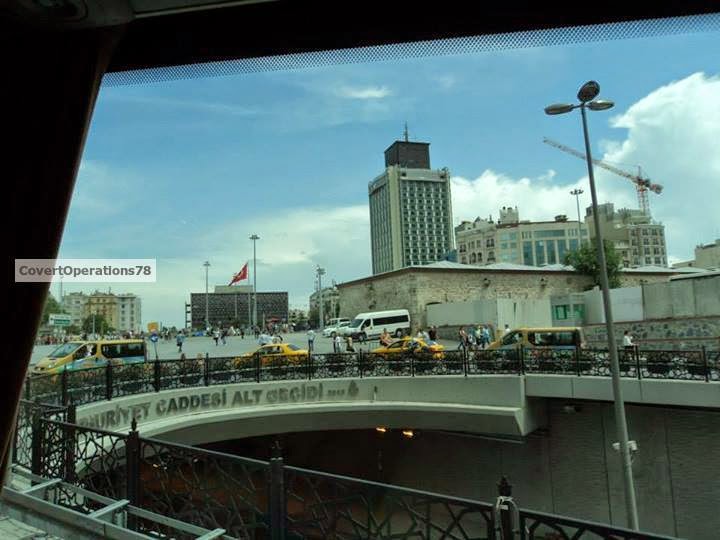 Taksim Square -- I stand with you, my Turkish brothers and sisters! 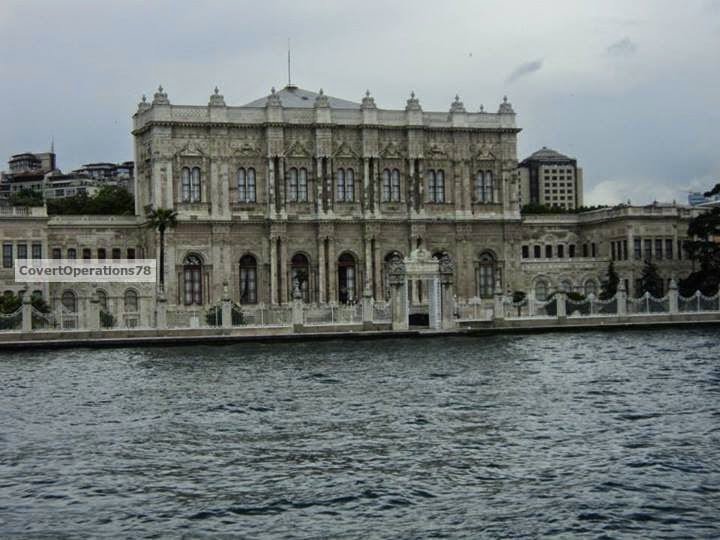 The Dolmabahçe Palace, built in the neoclassical / baroque style, as seen from the Bosphorus River. 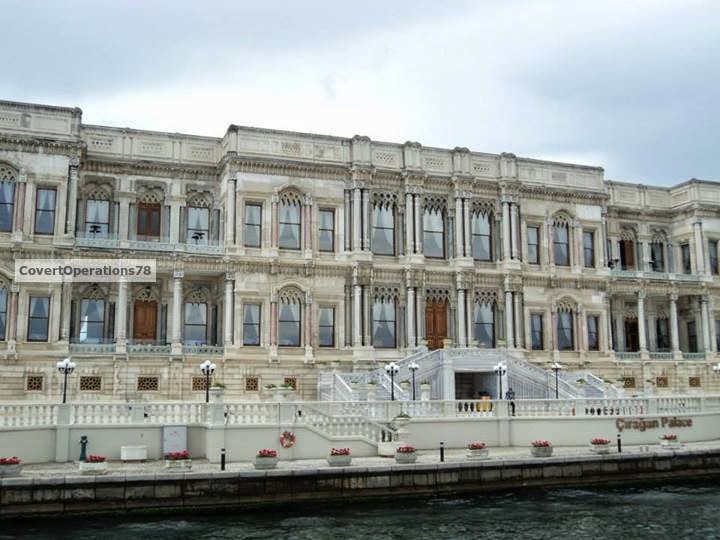 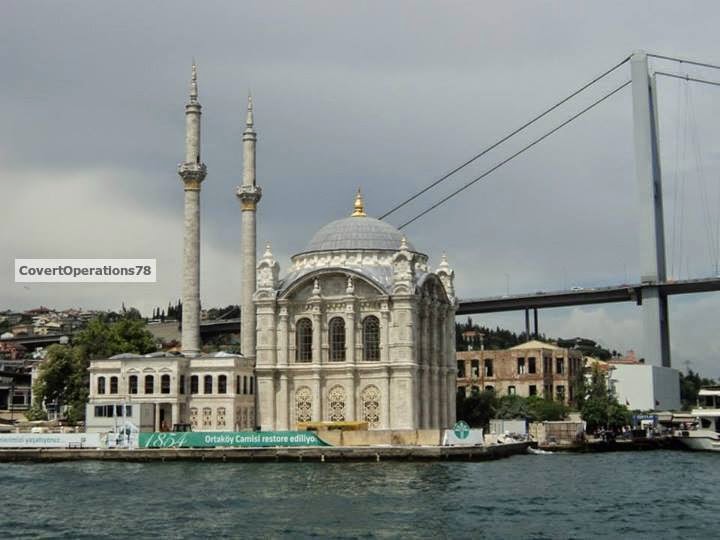 The Ortaköy Mosque, as seen from the Bosphorus River. 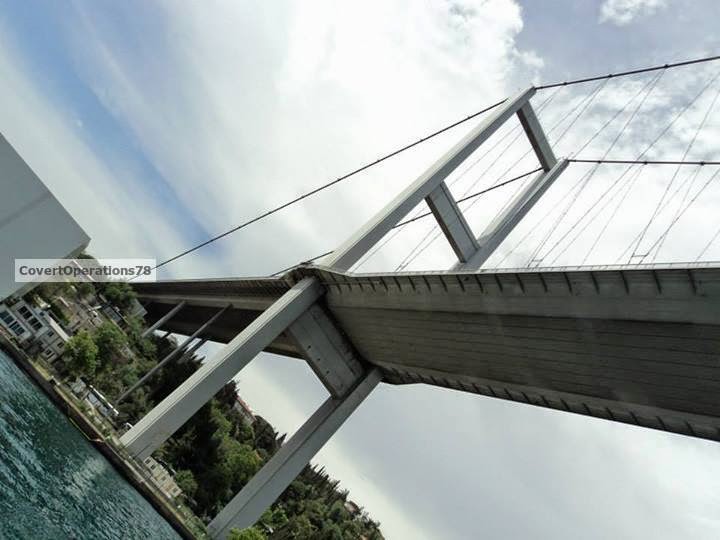 Going under the Bosphorus Bridge. 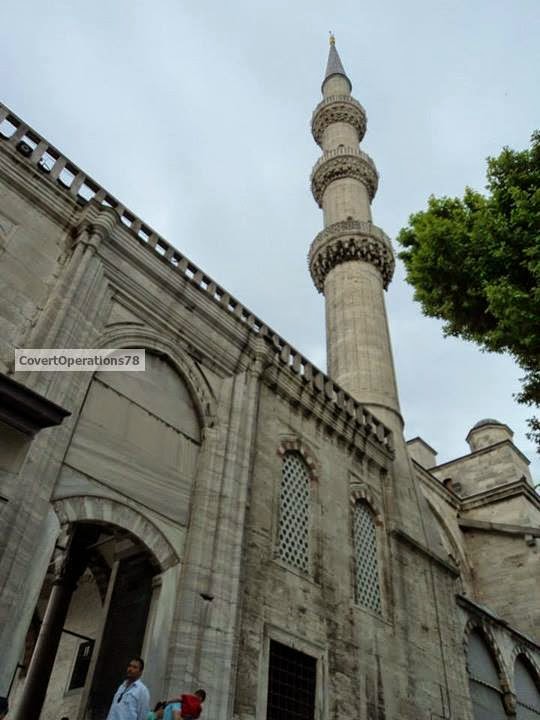 Queuing up to enter the Sultanahmet Mosque, also known as the Blue Mosque because of the blue tiles lining and decorating its interior. The beautiful interior of the Sultanahmet Mosque. 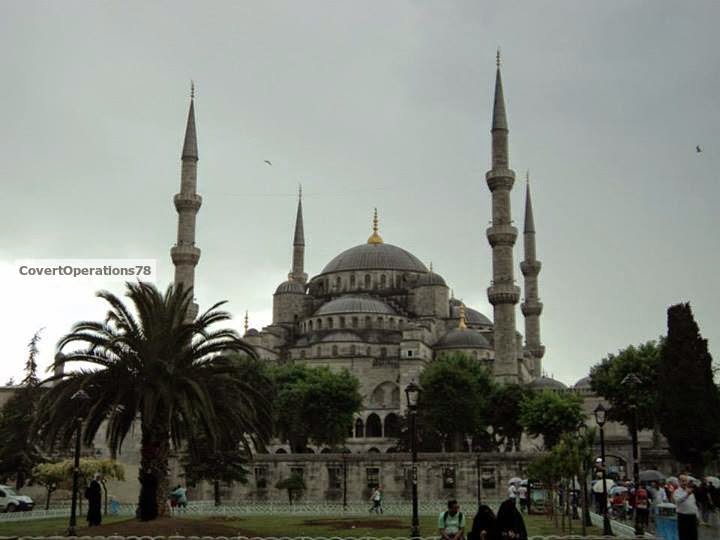 Sultanahmet Mosque seen from a particular spot along the Hippodrome. 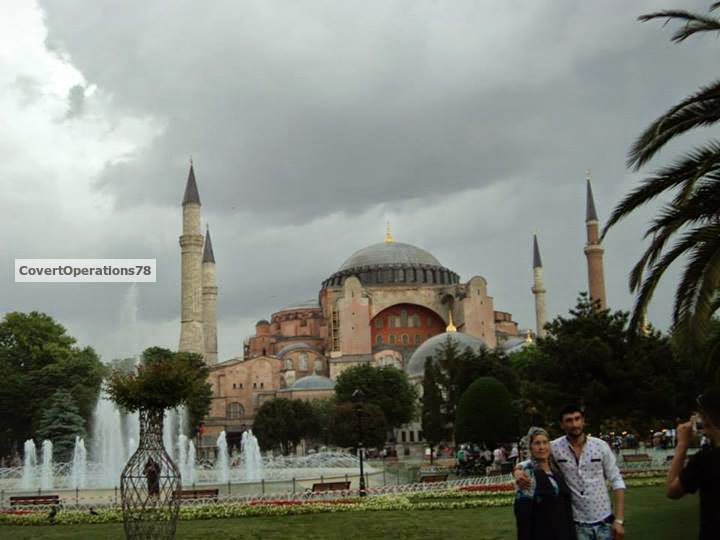 The Aya Sofya seen from a particular spot along the Hippodrome. 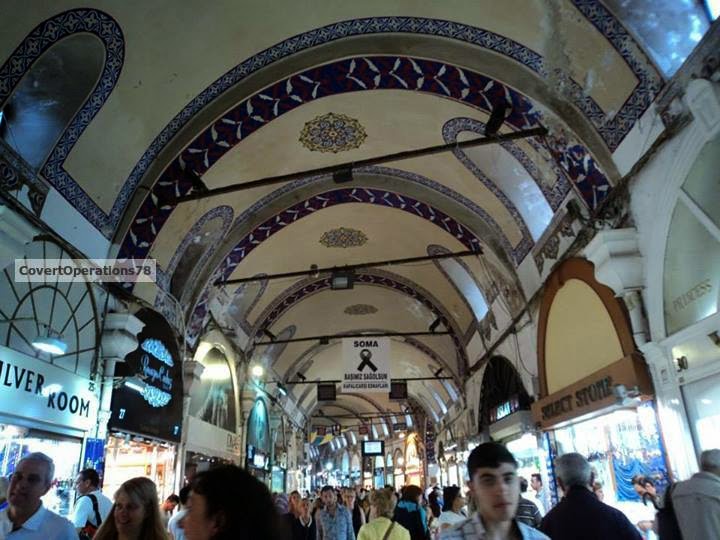 The Grand Bazaar is something every single woman would have to experience alone for herself. In the space of 1.5 hours, I received 3 invitations for coffee, 3 invitations to dinner, 1 invitation to watch someone's football team play football and one jocose marriage proposal.

There was nothing sleazy about it, though. Turkish men are handsome and charming. Combine this with traditional Middle Eastern hospitality and you get a killer combination. 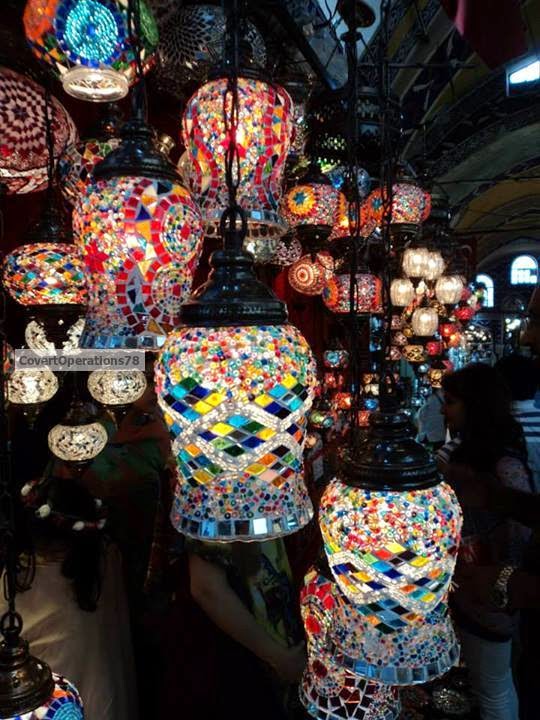 Stained glass lamps for sale at the Grand Bazaar. Spices, tea and sweets at the Grand Bazaar. 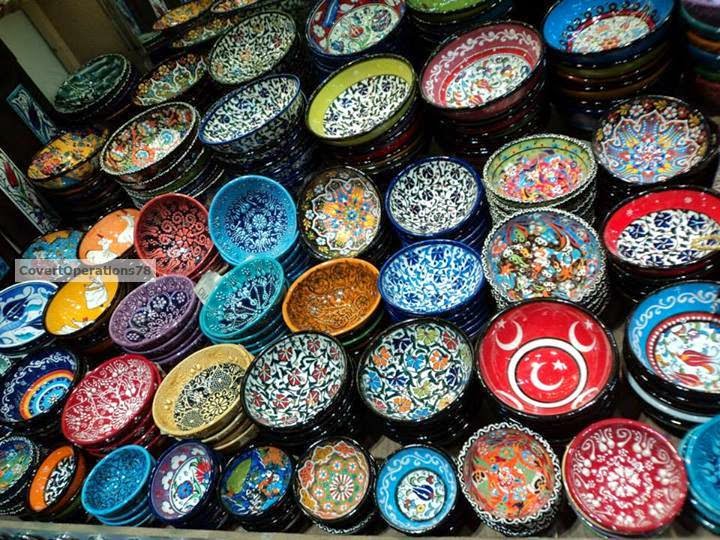 Painted tableware at the Grand Bazaar.

Best Nya. Thanks for sharing. Have a nice day.

Thank you, Pak Idrus! Have you been to Turkiye yet?

Again, so many thanks for sharing your photos! One of the other marvels to consider about the Aya Sofia is that it's withstood the city's many earthquakes since 537. That's more than can be said for a lot of the modern period's apartment buildings!

Thanks for coming over, Amanda! I'm even more amazed that Troy, Ephesus and the Asklepion survived several earthquakes. Istanbul is a gorgeous, vibrant and colorful city.