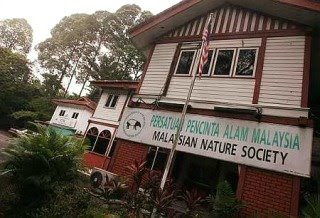 
Had to disappoint a friend who had asked to join me for a weekend of backbreaking menial animal care work at the SPCA this week as I would not be at the shelter on Saturday.

The Selangor Branch of MNS had very generously decided to pay for the committee members and Special Interest Group coordinators to attend a Basic First Aid Certificate Course on the weekend of 29 – 30 March, and I’m really grateful to be afforded this opportunity as it is one of my goals for this year, having attended several First Aid courses but not having sat for the exams yet.

Our trainers were Mr. Chellayan and Mr. Rajah of the Malaysian Red Crescent Society and we could not have asked for better instructors. They had us in stitches most of the time, and we enjoyed the lessons tremendously. I am sure the feeling was reciprocated, because they intimated to us later that we were far more passionate and knowledgeable about rendering First Aid than most of the participants they have instructed before. Well, that goes without saying, because we are after all, volunteers for the Malaysian Nature Society, and not mere mortals! There were, of course, other participants, namely other MNS members who do not hold any office, and the employees of a professional cave guide company.

Our course covered the usual topics: First Aid Principles, Injuries, Open / Closed Wounds, Fractures, Poisoning, Electrocution, Sudden Illness, Shock, Animal and Insect Bites and Stings, Choking, CPR and Rescue and Recovery. The classes were mostly conducted in the Auditorium of our Urban Nature Centre but there was also an outdoor session where we learned the correct technique of carrying a victim to safety. Cave SIG’s Rajiv played the role of our victim and we threatened to leave him behind to be eaten alive by the mosquitoes in Heritage Trail, after leaving him strapped to the emergency stretcher. “Bye Rajiv”, we waved. “See you on Monday”.

Rajiv was duly rescued and we continued with our lessons. We practiced the Heimlich Manoeuvre on a Red Cross dummy named Choking Charlie, who I developed a fair bit of affection for. Sometime on Saturday evening, I had a moment of insanity and tried the Heimlich on myself. I put my right fist against the lower third of my sternum and hit it hard with my left hand. The pain sent me rolling on the ground, gasping for air. It was enough to make me want to regurgitate the peanut butter sandwiches I had for lunch. Well, at least I now have categorical proof that the Heimlich Manoeuvre really does work, and is extremely painful.

Went back to the parental home on Saturday night after the Day 1 of the Course. Saw to Amber’s needs, cleaned my parents’ home and, instead of studying for my test, spent the night reading ‘Stuart: A Life Backwards’, which is an entertaining biography of a highly disturbed homeless man.

We had an unexpected guest at the MNS Headquarters on Sunday morning. A large mongrel with an injured ear was taking shelter at our HQ, and we fed him our sandwiches. He looked like a stray but didn’t behave like one, so we speculated that he could be an abandoned pet.

Classes started at 0900h so we had to leave the old boy at the car park while we went in for lessons. We practiced doing CPR on a Red Cross CPR dummy, and there was so much ribbing, giggling and vulgar insinuations going on that woe betide anyone actually needing us Fruits and Nuts to render CPR to save their lives.

The theory test itself was a doddle. The CPR practical test was far easier when done in a room with just you, the dummy and the examiner, and without your friends wolf-whistling, laughing, pointing and carrying on.

Completed the test and said cheerio to my friends at 1530 h. Went back to the Bachelor Officers’ Quarters, fed the Rowdies, tidied the place up and went out to the vegetarian food stall for a late lunch. One of the stall owners have managed to catch a stray cat for me to bring for neutering, but unfortunately I won’t be going to the shelter until next week and we had to let the cat go free for the time being.

Breaking News: I have spotted Ninja (see last entry) twice so far. He is back at the food stalls and is in good health. He took food from me but would not let me touch him. I don’t blame him for being angry with me for preventing him from sowing his wild oats anymore.

I called up a 4x4 buddy to see if he wanted to go for a spot of offroading and birdwatching. He did, and he agreed to take me to the mining pool where he spotted all the herons and little grebes.

We drove on a dirt track on the fringes of Shah Alam leading to Klang, often along a relatively unpolluted river populated by cattle egrets, swamp herons, black-capped night herons, white-breasted waterhens and white-throated kingfishers. I spotted a greater coucal in the long reeds as well. Along the dirt track, long-tailed macaques sat on telephone poles and watched us with churn up dust.

As we drove past oil palm plantations, I realised what a hotbed for Islamic deviationist cults the boondocks of Klang could be. Only last year, the State Religious Dept (which has jurisdiction only over Muslims) announced the demise of a Noah’s Ark cult after the death of its charismatic leader, and had to tear down the cult’s commune, constructed in the shape of an enormous seagoing vessel, in the middle of a secondary forest. There were other cults involving polygamous or adulterous charismatic leaders as well, which is not really that unusual as far as religious cults are concerned, and then there are the more bizarre cults that worship certain totem animals or construct unusual monuments and places of worship. I marvelled at the strangeness of the mansions I saw in Klang, set in walled-in cloisters facing mosque-like structures. These pseudo-religious communes typically had animal pens on one side, as they are intended to be self-sufficient.

They are fine as they are, but if the cult leaders start making too much money, we’ll soon have the State Religious Dept getting shirty and running after them for apostasy and insulting Islam. It’s safe to be a cult leader as long as you remain poor. You don’t start becoming a threat to National Security until you become a millionaire.

We drove on to Pulau Indah in Klang in the hope of spotting shorebirds, but all I saw were giant mudskippers and blue-spotted mudskippers, and the odd Brahminy Kite. It soon began to rain and I was thus hindered from visiting sea-gypsy Orang Asli villages.

Spent the rest of the night cleaning the Bachelor Officers’ Quarters and then reading up on IT contracts while lying in bed with the rowdies. I have one more week to decide whether I wish to apply for the post of a local councillor to serve my community better.