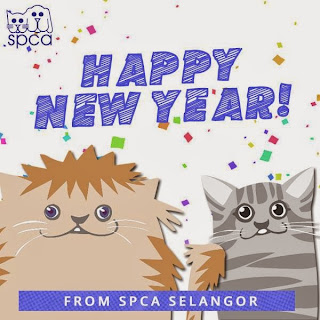 I saw this Yearly Recap at Rage Against the Minivan and decided I wanted to do this too:

I started part-time postgraduate studies in March, signed up as a volunteer General Elections Observer in May, went tandem paragliding in June, delivered a TEDx talk in July, started volunteering with ReachOut Malaysia in August, commenced kickboxing lessons in December and did Dining In The Dark in December.

2. Did you keep your new year’s resolutions, and will you make more for next year?

Unfortunately, I didn't manage to keep all my resolutions for 2013, so I will have to consider them a work in progress. I did complete the 100-Thing Challenge and decluttered my house. I also managed to clear my entire credit card debt, recruit friends for volunteering activities, commence volunteering with new organisations and different causes and do more advocacy and lobbying work.

(iii) Complete at least 5 items on my Mighty Life List this year.

(iv) Send letters and cards to my friend Hamish at least 10 times this year (Hamish has severe cerebral palsy so he can't write back but loves receiving mail).

(v) Get at least 6 Letters to the Editor published this year.

(vi) Get at least 10 street cats neutered and rehomed/released this year.

(viii) Work out for at least 30 minutes every day.

(ix) Read at least 1 chapter of any book in my collection each day.

(xi) Travel more (but it would have to be environmentally and socially responsible travel).

(xii) Organise and coordinate another 3 volunteering outings/trips for Green Living and Eco Kids.

3. Did anyone close to you give birth?

My friends Sofia and Tina both gave birth this year. No births in the family, though.

4. Did anyone close to you die?

My friend and physician Dr. Herbert passed away in April and another dear friend, Choo Chee Kuang, a marine biologist, succumbed to cancer in July.

5. What countries did you visit?

Didn't manage to travel abroad this year despite having made plans to go to Turkey and Thailand. This was mostly due to the fact that our incompetent Prime Minister refused to announce the General Elections date, so I could not proceed with flight and other bookings for fear that I would end up being away during the Elections.

A new job, financial security and more opportunities to travel.

7. What dates from 2013 will remain etched upon your memory, and why?

I gave my TEDx talk on 6th July 2013 and went paragliding sometime in June.

8. What was your biggest achievement of the year?

Not sure how big an achievement this is but I also gave a TEDx Talk in July.

Oh, and I won a hamper from Addiction Pet Foods in March ... 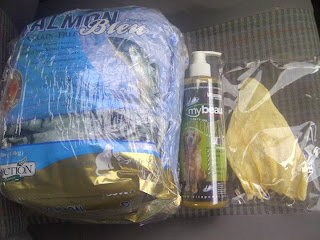 And a writing contest organised by China House Penang in September. 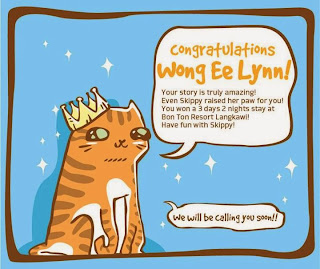 And despite studying and attending lectures on weekends, we managed to celebrate everything from Bon Odori to Oktoberfest and Halloween.

9. What was your biggest failure?

10. Did you suffer illness or injury?

No injuries but had several bouts of flu, tonsilitis and common cold.

11. What was the best thing you bought? 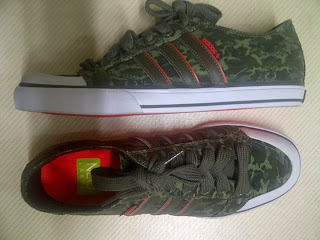 Supporting my parents financially. Vet bills for all my rescues. Car repairs for the Battletank. Tuition fees for my postgrad studies.

13. What did you get really excited about?

Everything. If you know me personally, you would know that I am an excitable, enthusiastic and optimistic person.

15. Compared to this time last year, are you:

About the same, I guess. Life is what you make of it and being happy is a conscious decision.

Definitely fatter. I need to work out more and limit myself to only one sweet a day.

Poorer. I no longer have credit card debt but I have less to save due to increased expenses, mostly on tuition fees and my studies.

I wish I had fought with my boyfriend less and spent less time on Facebook and internet surfing.

18. How did you spend Christmas?

Had a party with some of my best friends (fellow volunteers and animal welfare people). Had a gift exchange, pulled crackers, wore silly hats, played King of Tokyo and played charades. 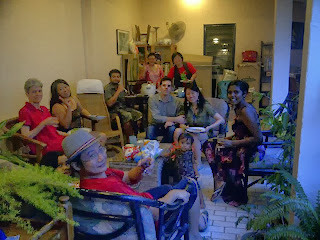 19. What was your favorite TV programme?

Didn't watch TV at all save 2-3 important football (soccer) matches.

20. What were your favorite books of the year?

Too many! Harvest for Hope by Dr. Jane Goodall. At Home by Bill Bryson. Whole Earth Discipline by Stewart Brand.

21. What was your favorite music from this year?

22. What was your favorite film of the year?

"Star Trek: Into Darkness" and "The Hobbit: The Desolation of Smaug".

23. What did you do on your birthday, and how old were you?

I did 35 Random Acts of Kindness for a whole month leading up to my 35th birthday. On the night before my birthday, my boyfriend took me out to dinner at Dining In The Dark KL.

24. What one thing would have made your year immeasurably more satisfying?

25. How would you describe your personal fashion concept in 2013?

I have none. I have the fashion sense of Shiloh Jolie-Pitt and an out-of-shape middle-aged football (soccer) fan.

Define happiness and success on your own terms, not anyone else's.


My wish for the New Year is that we all take lots of risks, make lots of mistakes, choose the harder path and LIVE FEARLESSLY. Happy New Year, everyone!