Letter to the Editor: Trade Ban On Pangolins only as Effective As Its Enforcement 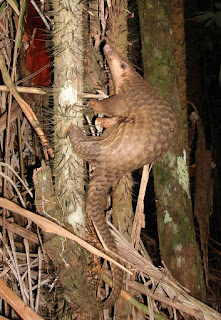 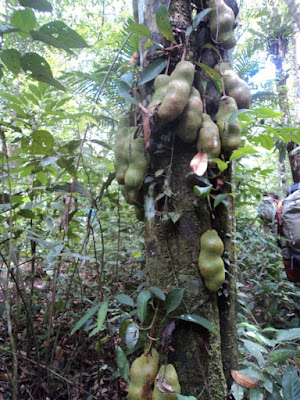 So many fruiting trees! Wild jackfruit everywhere! You could leave me in here a month with just a rope, a knife and a tarp, and I would not starve! 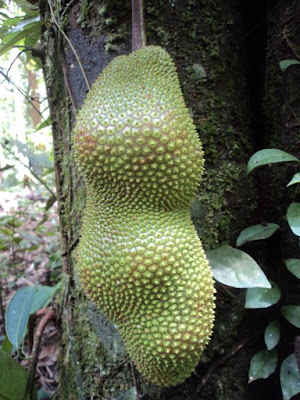 The oddest-shaped wild jackfruit ever! I bet it's tasty when ripe! 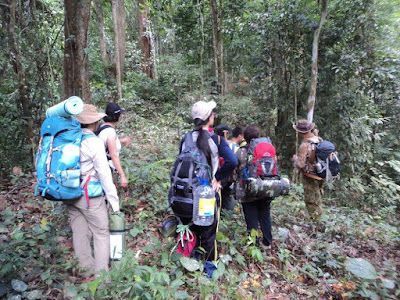 Our campmaster / facilitator Ash leading us to our campsite. 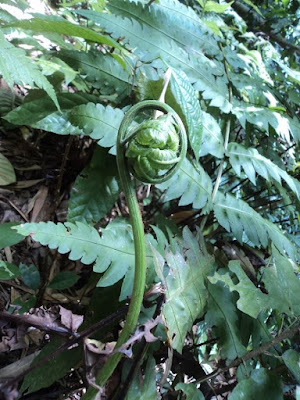 A young fern unfurling its leaves. 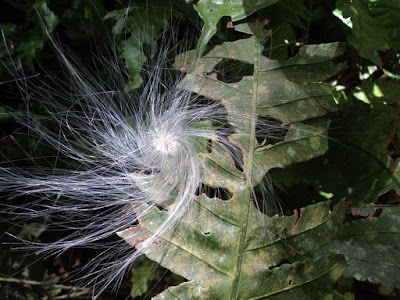 White fluffy seeds pinwheeling down from the forest canopy. 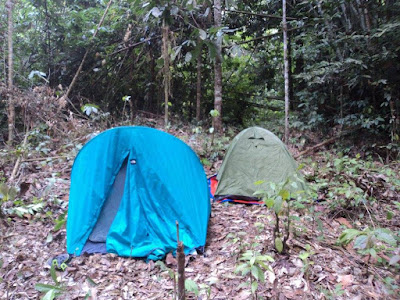 Our tent (shared by Rangamal and me) on the left and Angeline's tent on the right. It seemed an ideal and safe site initially but we had no idea that the storm could throw deadly durians in the direction of our tent in bad weather. 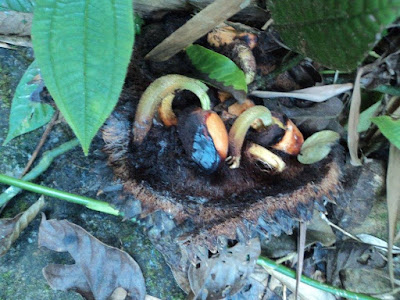 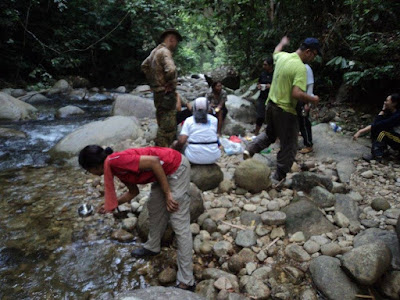 A bit of lunch by the river before we start our wilderness emergency evacuation exercise. 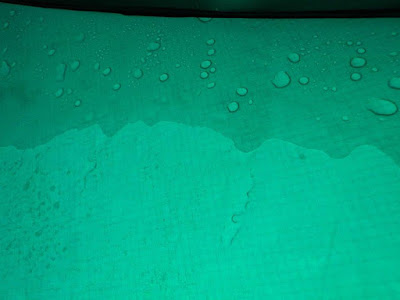 It rained like the clappers all night. I took a photo of the raindrops from inside the tent. 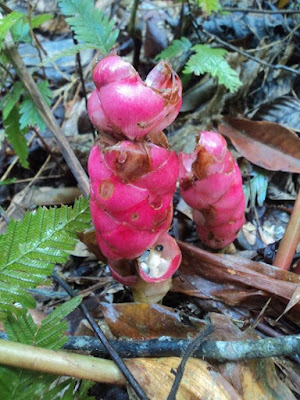 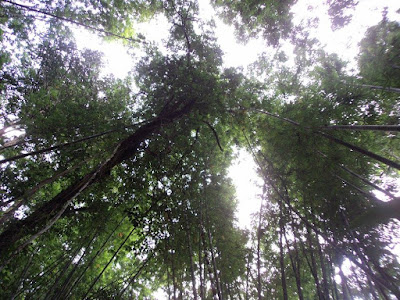 Silent sentries of the rainforest. 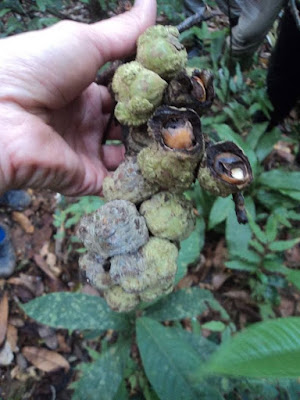 Some kind of lithocarpus fruit. 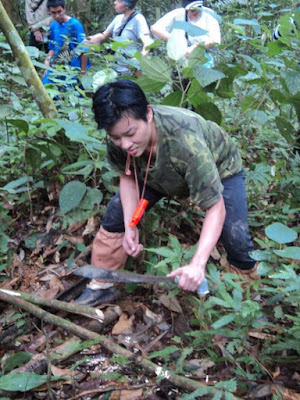 Practicing my parang skills. Some of the advantages of being ambidextrous. 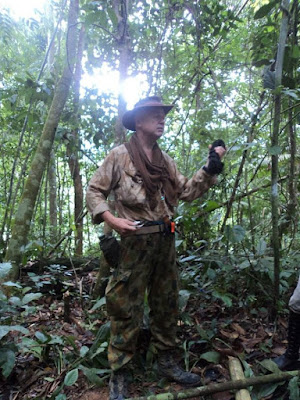 Ash demonstrating how to use rope / webbing to construct an emergency stretcher. 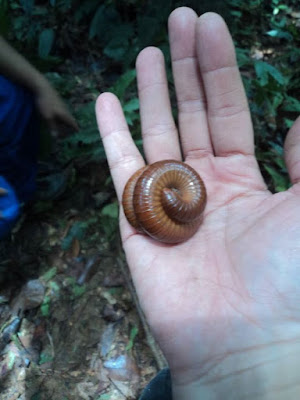 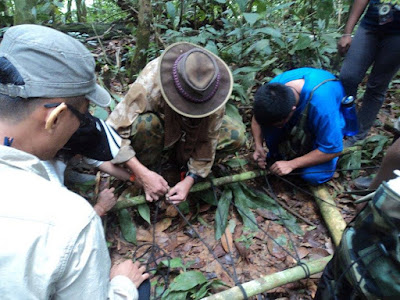 Working on our emergency stretcher. 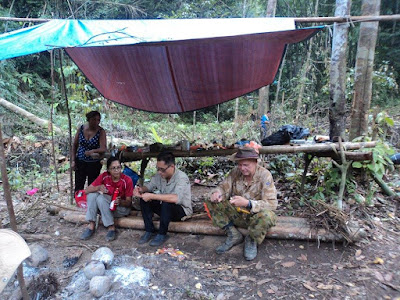 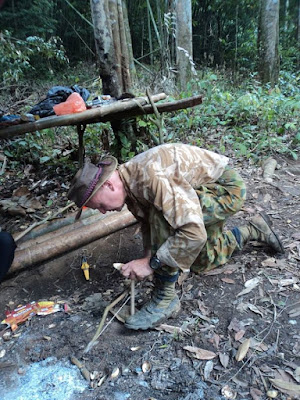 Ash demonstrating how to construct and use a bow drill. 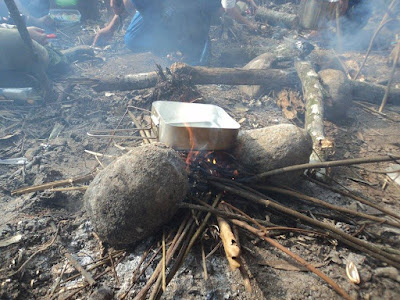 And we've got a proper brew going. Burned my mess tin to bits, though. 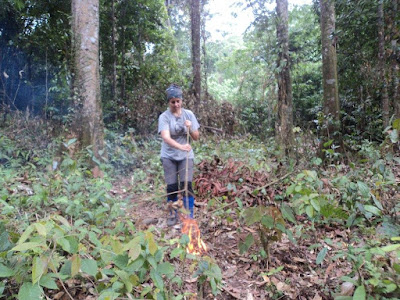 Alicia starting her fire in the middle of the path. Errr... very strategic site for routing the enemy, Alicia! 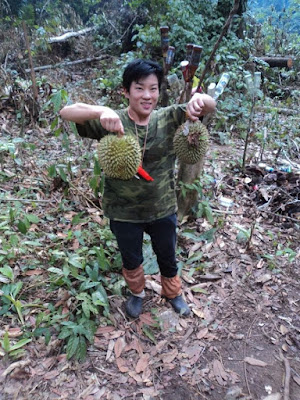 So we've got dinner sorted. Take that, you wicked delinquent durians! 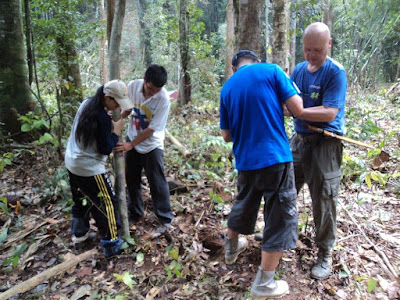 Piling work for the foundation of our A-Frame shelter. 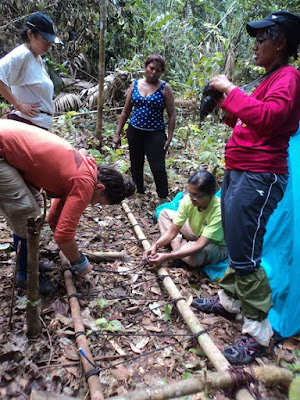 Jungle bed construction in progress. Comfier than an Ikea futon! 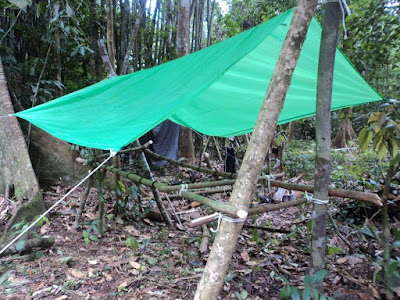 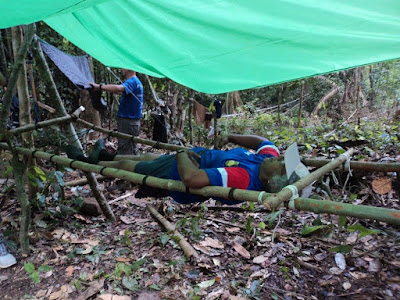 Better than a studio apartment. 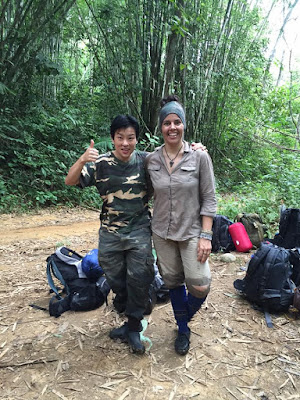 Tail end of this year's Forest Safety and Confidence course. Made some awesome new friends. Practiced my bushcraft skills. Now I want to volunteer with Management & Ecology of Malaysian Elephants (MEME) to construct wildlife corridors. Elephants are the bestest and the mostest! But Alicia Mena's not too far behind ;)
Posted by ~CovertOperations78~ at 12:55 No comments:

On the encouragement of my friends, I made a second Beatles-themed bento this week.
How many Beatles references can you spot? 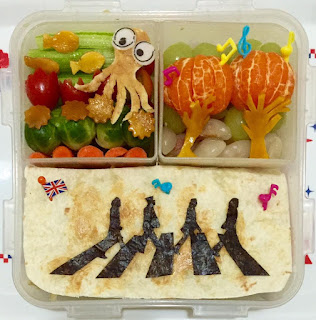 Top left compartment: Octopus' Garden
Top right compartment: Tangerine trees from 'Lucy In The Sky With Diamonds'
Main compartment: Abbey Road silhouettes.
Unfortunately, the nori seaweed sheet had a tear and folded over and I only noticed this when I unclipped my design from the seaweed sheet... to find that Paul's head is a sad angular block.
Sigh.
Moral of the story: Check and smoothen out your seaweed sheets.
Under the tortilla sheet, I have leftover pizza cut into smaller pieces. 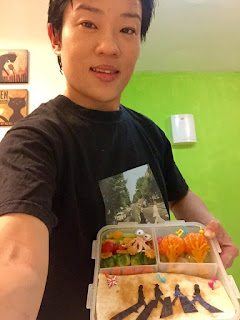 Wearing my Abbey Road shirt to match my bento.
Posted by ~CovertOperations78~ at 11:43 No comments: