It’s been one of those weeks that make even the Armageddon seem peaceful and charming. 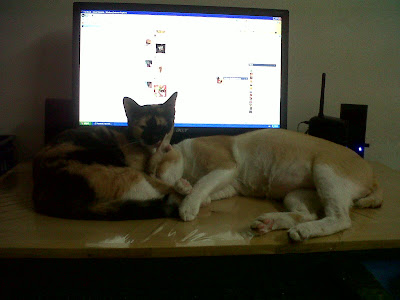 You'd think that Pix and Mini-Me would at least have the courtesy not to sleep in front of someone who hasn't got any sleep in days.

Things I learned this week:
1. That I really haven’t the muscle strength to do a one-handed chin-up yet.
2. That it is possible to go without sleep for more than 24 hours, but you won’t feel much like living anyway.
3. That it’s best not to add family members to Facebook. Unless you keep them on ‘limited profile’.
4. That it’s generally not a good idea to have a haircut right before you’re planning to get sticky and sweaty.

Sunday should have been the final day of the Chinese New Year celebrations, a happy occasion, but so many angry words were exchanged that I walked away from the meal I lovingly purchased and prepared and the parental home I diligently clean every week. I had dinner alone at the stalls that Saturday night, watching Manchester City eat Chelsea alive with nothing less than grim satisfaction.

I paid my regular Indian barber a visit right before going to the SPCA on Sunday. He sure knows how to deliver a short-back-and-sides, but I must admit that he is a bit lacking in the neatness department. There was so much hair stuck to me when he was done that I could have passed off as a sea urchin. I itched, pricked and scratched all the way to the SPCA. Well, at least this week I shared my hair with the cats and dogs, for a change. Poetic justice, ha ha. 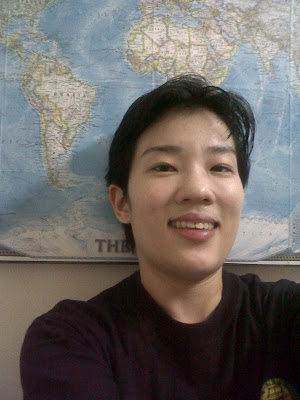 My new haircut. Photo taken in my bachelor pad after the SPCA on Sunday night, at the request of That Special Someone.

I’ve learned that the best way not to brood over one’s sorrows is to keep oneself insanely busy, which is what I did that weekend. I got to work bathing and tickwashing all the dogs in Kennels F & G with Taktik EC. Since there was no one else to do it, I also medicated sores and canine pyoderma with Ilium Dermapred, but only as a temporary measure, since steroid-based medications are not good for immune-related conditions. The best solution is still to improve living conditions in animal shelters and treat affected animals with antibiotics and adjuvant supplements such as Liv 52 and Immunol. I left a note for the vets after I was done bathing, medicating and grooming all 20 dogs. 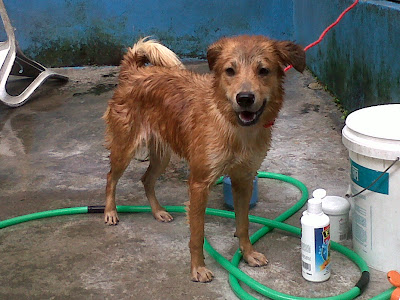 Baths are important not only to the health and safety of shelter animals, but they also help to socialise nervous animals and get them to learn to enjoy human contact again. By bathing these dogs, I also improve their chances of being adopted.

I spent another 2 to 3 hours cleaning the kennels and Cattery and soaping and disinfecting the shelter floor and hard substrates. I finally put all the cleaning equipment away at 1930h, showered and offered to drive fellow volunteer Marianne home, although her mindless nattering didn’t do much for my mood.

An update on Gypsy: His eyes have made a full recovery from infection after I administered saline solution and Chloroint daily, and his appetite has improved phenomenally after I dewormed him. He is now a hearty eater and a people pleaser. I trust I will be able to find him a good home soon.

I’m on a letter-writing roll this week. Here’s my latest, following the death of Shamu trainer Dawn Brancheau.

LETTER TO THE EDITOR
MARINE MAMMALS SHOULD NOT BE IN CAPTIVITY

While our thoughts and prayers go out to the family of SeaWorld trainer Dawn Brancheau ('SeaWorld killer whale kills trainer', 25 Feb 2010), our concern must also be directed at Tilikum, the killer whale that has been implicated in three human deaths so far. 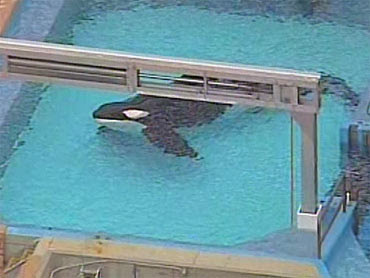 Killer whale Tilikum. Photo reproduced from CBS without permission but in accordance with the principles of fair use.

Killer whales, like all wild animals, have complex behavioural, physical and social needs, which can never be fully satisfied in captivity. Killer whales require lots of open water and the lifelong companionship of their families.

Any programme involving wild animals in captivity should place emphasis on educating the public on the natural history of each animal and the need to conserve their habitats. What we typically have now are animal 'shows' where intelligent and sensitive animals are made to perform circus tricks. Such shows serve no purpose other than to entertain spectators and to assert man's purported dominance over other living beings.

Marine Mammal Biologist for the US Humane Society, Dr Naomi Rose, has warned that Tilikum may kill again, as he is unused to humans being in the same tank as he is, and he is forced to react in a way that seems natural to him. Marine biologists are urging that killer whales in captivity be released into sea pens to ease their transition back into the ocean, and the keeping of marine mammals in captivity be gradually phased out from zoos and marine animal parks.

Marineland, a marine mammal park in Napier, New Zealand, for instance, closed down after its last performing dolphin died and the authorities would not renew permits to introduce new animals. This move demonstrates the New Zealand government's commitment to protecting wildlife and marine mammals.

While it is a blessing that Malaysia does not as yet have a marine mammal park, it is hoped that in future, all travelling shows featuring performing wild animals be banned.

The recent travelling Dolphin and Sea Lion Show at Sunway Pyramid, for example, attracted many complaints from concerned members of the public over the welfare of the performing animals. However, the authorities treated the travelling show as another tourism and business opportunity. The advice of animal protection groups, at best, had nothing more than persuasive value on the way the travelling show was allowed to operate, and at worst, was regarded as a threat to business interests. 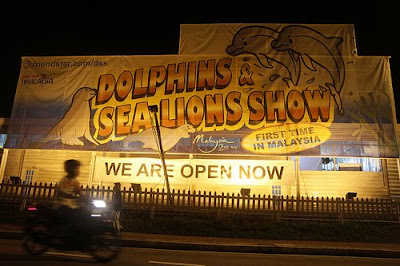 Humans must learn that we cannot predict, let alone control, the natural behaviours of wild animals. The idea that we can 'tame' wild animals is a dangerous illusion.

The correct way to observe and appreciate wildlife is in the wild, and those who proclaim to love marine mammals should go on whale and dolphin-watching cruises, not to marine mammal shows.

I believe our society is evolved and compassionate enough to understand that the correct way to help wild animals is not by keeping them captive and dependent on humans, but by protecting, revitalising and restoring natural environments that they will be able to sustain a healthy wildlife population again.

Just read your letter above in today's online edition of The Star.

I am glad it has been given the further publicity it deserves.

BTW did The NST ever publish your letter?

Thank you for your support, dear Louis! I didn't know the letter had been published today, as I have been out at the SPCA all day. Will check in a short while.

The polystyrene letter was published almost in its entirety by NST on Monday, so, hurrah!

Thank you once again for your interest in my letters to the Press. I really appreciate it. It feels really good to know that someone out there reads my letters.

Gosh, have you an Indian barber as your hairdresser?? So, you get to sit on one of those antique chairs??? With the heat, I 'd also sport a short style like yours but my folks always complain it's too short for me!! I do't mind as I counteract saying, hair will grow!!!

I've had a haircut, too! A really short one. And, in fact, I do believe it's shorter than yours! Hehehehe!

And with the haircut, I've lost almost all the hair that I coloured about two months ago. So now, I'm an almost all grey so-and-so, and I mean to stay that way ;)

I must say your Indian barber did a good job - you look lovely. And I'm sure your special someone's told you so already.

Beautiful letter on the killer whale. I couldn't agree with you more - and you say it all so brilliantly!

CO78,
Hokey...another place on our "not to visit" places - Sunway Pyramid, eh? Please send our love to your kitties and Gypsy. purrr....meow!

Yes, I have an Indian barber with a stripey pole outside his shop, loud blaring Tamil music and antique chairs! When he's done with the haircut, he splashes cheap yellow aftershave on the back of my neck and slaps on "Holiday On Ice" talcum powder that comes in tins with pictures of tiny people skiing!!! And he does a wrestling manoeuvre on my neck and then karate-chops my shoulders! And I will tell him, "Aiyoooo Uncle, banyak sakit lah itu macam!" Haa haa haa!

My parents hate my hairstyle (as well as my clothes, tattoos, hobbies and car) but like you, I tell them, "It'll grow back! It's only hair!"

PS: There will be no one to go to the prizegiving ceremony with me on March 28. May I come with you and Ravi please?

Thanks for coming by, Pat!

My Special Someone thought the new haircut was cute. Anyway, I think he has a biased opinion! ;)

We SO need to hangout together and chat, plus I need to see your new haircut too! Just like back in the Army days, huh?

Thanks for your support on my killer whale letter! Seems like all the opinions left on my Facebook status favoured the release and rehabilitation of Tilikum. Like you said, a water tank is no place for a killer whale to be.

My kitties and Gypsy send their love right back atcha! As for Sunway Pyramid, I think so far they're doing their best to be socially responsible. But when some of the animal welfare activists and the SPCA Inspectorate tried to talk to them about the Dolphin and Sea Lion Show, the representatives from Sunway seemed poorly informed and apathetic. They even referred to the dolphins as 'fish'! Imagine that! I'd like to feed the representatives to the fish!