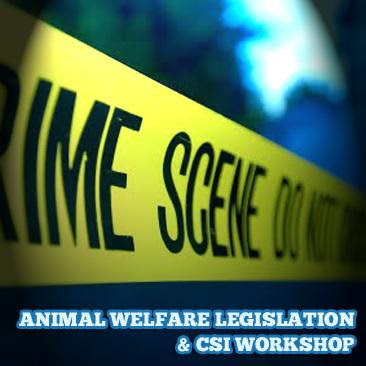 When animal welfare hits the headlines, everyone rightfully demands action, but how many people actually know what animal protection laws are in place in Malaysia?

Who has the powers to search, seize, arrest and prosecute in a case of animal cruelty? Following the recent incidents in Malaysia in which a man was filmed using harsh and abusive methods to train a poodle named Sushi and another incident in which a young woman's depraved act of killing stray kittens and abusing a mother cat was caught on a CCTV, the SPCA has been urged by poorly-informed members of the public and Netizens to "find Sushi's abuser" and "catch them and punish them".

More worryingly, some internet users made attempts to carry out vigilante justice by identifying and vilifying individuals who they believed were the animal abuser in the former video clip, causing great distress to the maligned party and great inconvenience to the police and the SPCA, and actually hindered our investigations.

The aforementioned members of the public and internet users, though well-intentioned, caused great harm when they decided to play the role of judge, jury and executioner, without having clear and conclusive evidence.

What is evidence, and when is evidence not evidence that can be used in Court? How can you, as an animal rescuer or member of the public, get involved? If you choose to carry out your own investigations, do you know how to do so safely, legally and accurately?

The workshops were aimed at animal rescuers who might want to gather evidence to make a police or DVS report, veterinary surgeons who wish to know more about how they can provide expert evidence, and members of the public who wish to learn more about animal welfare issues both in Malaysia and overseas.

This was followed by a discussion on how and to whom to report offences against any of the abovementioned acts.

Glyn's sessions, which came after mine, were far more interesting, practical and engaging, and covered the following topics:
i. What constitutes evidence, how to collect and present it in a legal manner. How to write a police report, veterinary statement and record investigation information.
ii. Photographic evidence and Crime Scene Investigation.
iii. Animal Welfare Investigation Techniques. 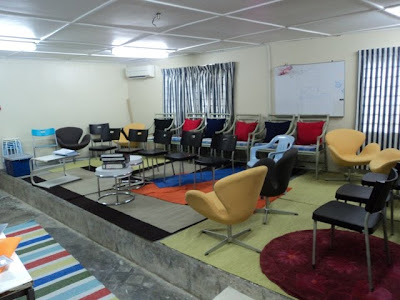 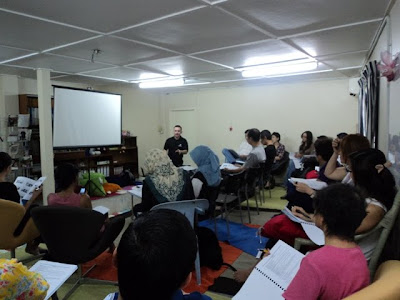 Glyn starts his workshop on gathering and evaluating evidence. 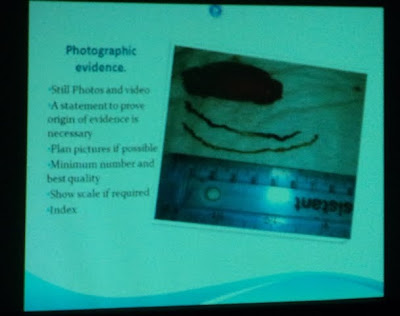 That's a bit of a dog's tail and two bits of twist-ties, in case it's not clear to you. 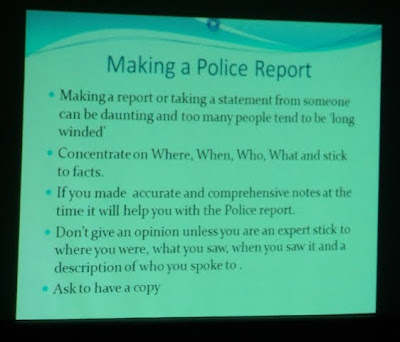 Stick to the facts and stay accurate! Don't rely on conjecture or express opinions! 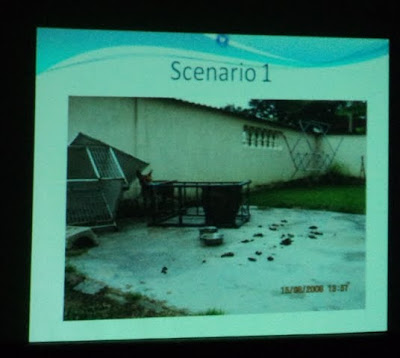 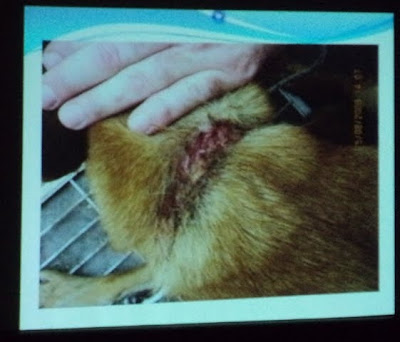 A close-up look at the poor dog reveals flesh wounds caused by the choke chain cutting into the dog's neck. 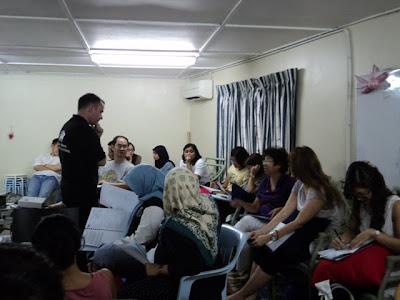 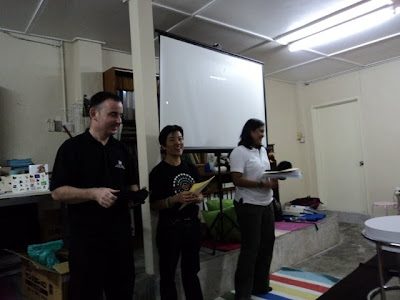 Glyn and I handing out certificates and CSI Animal Welfare baseball caps to participants who successfully completed the workshop. 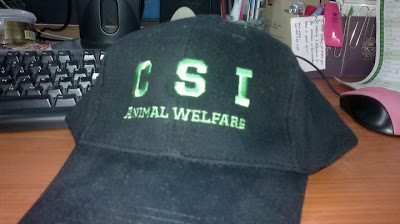 Front view of the first sample of the CSI Animal Welfare baseball cap. Photo taken by Nicole. I haven't collected my own cap yet. 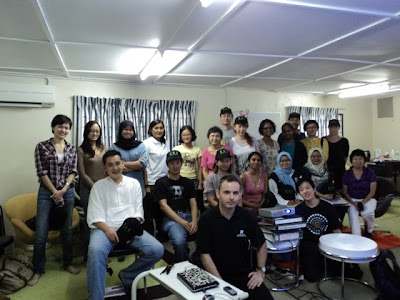 A group photo for posterity. 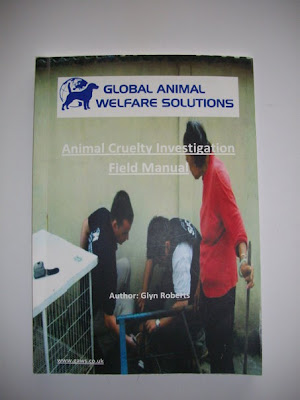 If you missed the workshop, but would like to learn more about animal cruelty investigation techniques, you can purchase a copy of the Global Animal Welfare Solutions Animal Cruelty Investigation Field Manual from Glyn or me.

The workshop and manual are recommended for animal rescuers, veterinarians and animal lovers who want a better idea of how animal cruelty inspectors work and how they, as concerned Good Samaritans, can assist in investigations and court proceedings.
Posted by ~CovertOperations78~ at 19:50

CO78,
Seriously, many people get emotional when dealing with animal cruelty. First thing that came to my mind when I saw the Serdang video was to bash the girl. That won't make me a good witness in court, eh? purrr....meow!

Dear Kitties-In-Sydney,
It's natural to feel emotional and angry, but it's not good to act on these feelings. Not only could it get you into trouble with the law, it could also hinder investigations later if someone raises doubts as to the credibility of your evidence and witness account on the basis of your emotional and belligerent response. I feel like bashing the abuser up too, but I probably would have if I had been at the scene of the incident.

Good advice on presenting the facts when writing a report. The only time I've had to write one was to report a missing maid and a car accident. And backed up by proof of injury makes a good case.

Thanks for coming by, Keats! Conducting investigations is a good exercise in learning to use one's brains! Too many people think that the police are interested in their whole live stories when they wish to lodge a police report.